To read the words at the Li Qingzhao Memorial Hall in Baotu Spring Park, Jinan, Shandong, and I felt a lot.

Baotu Spring, known as “the first spring in the world”, is one of the eight scenic spots in Jinan. On the granite stele beside the clear spring in the park, the green word is engraved: “Shu Yuquan”.

Washing Yuquan, the place where Li Qingzhao washed his clothes back then, most of the people who came here washed their hands here, and experienced the feeling of Li Qingzhao in those days. Washing hands in the Yuyu Spring makes people feel the artistic conception of her “Shuyu Collection” and “Shuyu Ci”. 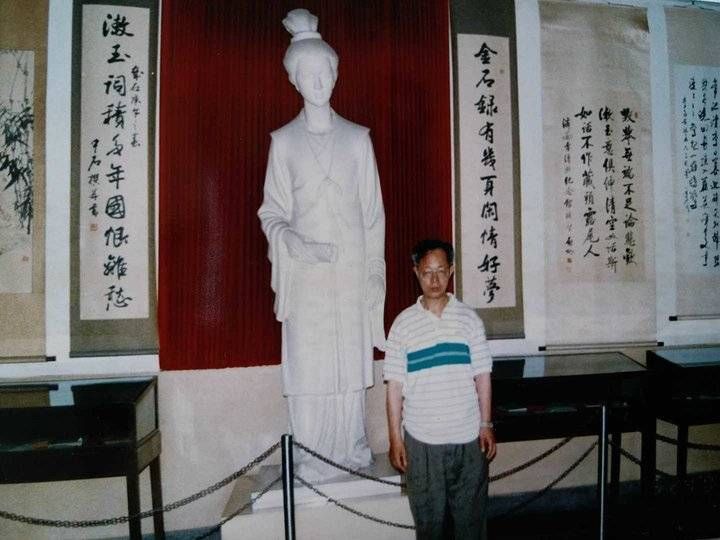 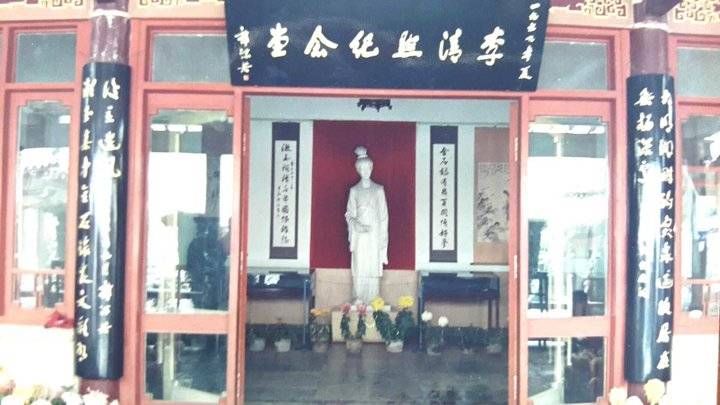 Entering the door, you will see a horizontal plaque with green characters on a black background that reads “Progenitor” in the pavilion. Follow this and enter the main hall of Li Qingzhao Memorial Hall. The couplet inscribed by Guo Moruo in front of the main hall: “Beside Daming Lake, beside Baotu Spring, the former residence is in the depths of Chuiyang; in the collection of jade, in the Jinshilu, the literary talent has the legacy of the later master.”

Enter, see In the center of the hall stands a white statue of Li Qingzhao. Li Qingzhao is slender, holding a scroll of poetry, staring straight ahead. There are couplets on both sides: “Jinshilu has several pages of leisurely love and good dreams, and the collection of jade poems for many years of national hatred and sorrow.” There are also famous calligraphy and paintings on both sides. There is a brief biography of Li Qingzhao on the wall on the right side of the hall, and a picture of Li Qingzhao’s whereabouts is hung on the wall on the left side of the hall. These all show the life footprints of Li Qingzhao: Li Qingzhao, known as Yi An Jushi, a famous female poet in Song Dynasty, was born in Zhangqiu, Qizhou in 1084, which is now Zhangqiu District, Jinan City, Shandong Province. She is the eldest daughter of famous scholar Li Gefei, and her mother Wang Shi Knowing books and writing, he has been influenced by a strong culture since childhood. Her husband, Zhao Mingcheng, is a scholar of epigraphy, author of “Emperor’s Records”, and served as the prefect of Laizhou, Zizhou and Jiangning. The couple likes to write poetry. In 1127, when the Jinbing invaded, the couple crossed the Huai River to Jiangnan. After her husband died of illness, she drifted to the south of the Yangtze River and spent her old age alone. The cabinets in the hall display Li Qingzhao’s rubbings and various versions of his works. 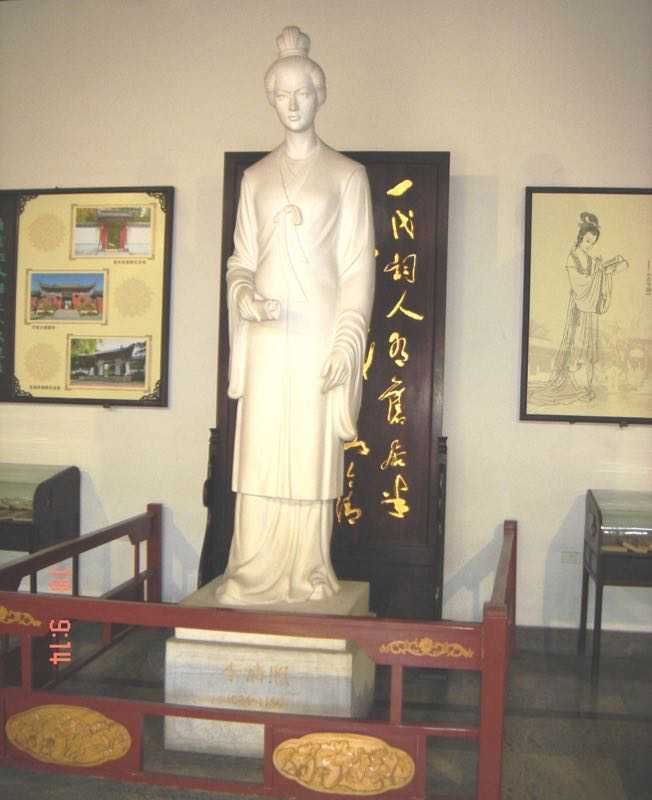 In the memorial hall, there is a couplet written by Zang Ke’s family: “The great river, hundreds of generations, and all the waves rush to scavenge all the heroes of the ages, and the poetry garden is in full bloom for thousands of years. A Daughter’s Flower”, summed up Li Qingzhao’s position in poetry creation with the finishing touch. Thinking of Li Qingzhao’s life introduction and whereabouts map in the museum, people deeply feel that Li Qingzhao is indeed a blooming “daughter flower”. The poem “Summer Quatrains” hanging on the wall reads: “Life is a hero, and death is a ghost. So far, I think about Xiang Yu and refuse to cross Jiangdong.” From this, we can experience the characteristics of Li Qingzhao’s poems, “Poems of Poems and Poems.” This poem uses the past to satirize the present, condemns the court of the Southern Song Dynasty, headed by Gaozong, for being humble and bowing its knees, and expresses Li Qingzhao’s strong patriotic thoughts. Li Qingzhao’s ci poetry is famous for her euphemism, subtlety and fresh style; she makes good use of line drawing to create a vivid and vivid artistic image; her language is beautiful and succinct.

Li Qingzhao’s poems were read in the memorial hall, and I felt more cordial and had a deeper understanding of the artistic conception of the words. There is a song “Drunken Flower Yin” in the museum, which reflects the theme of her early boudoir love and Acacia: In Chongyang that year, Li Qingzhao drank and admired chrysanthemum at home alone. Facing this golden autumn festival, she thought about her husband and wrote “Drunken Flower Yin”. This word is sent to my husband who is away from home:

“The mist is thick and cloudy and the day is long, and the golden beast is eliminated. After dusk, there is a dark fragrance and full sleeves. Mo Dao is not ecstatic, the curtain rolls in the west wind, and people are thinner than yellow flowers.”

This poem describes the natural scenery in the late autumn season with a strong emotional color. Ingeniously, he connects the suffering of separation with the destruction of yellow flowers by wind and frost, and expresses his feelings in the scene, depicting his deep lovesickness and even weight loss.

Another poem “Slow Voice” I saw at the Memorial Hall is a representative work of her poems in her later years:

“Looking and looking, deserted, desolate and miserable Qi Qi. When it is warm and cold, it is the most difficult to take a breath. Three cups and two glasses of light wine, how can you fight against him, and the wind is rushing in the evening? The wild goose is also sad, but it is an old acquaintance. The yellow flowers are piled all over the ground. Who can pick it now? Guarding the window, how can I grow dark alone? The sycamore tree is also drizzling, and at dusk, bit by bit. This time, what a sad word!” This poem describes Li Qingzhao’s lonely situation in his later years And the desolate state of mind, reflecting the tragic life in the turbulent era when the country was destroyed and the family was destroyed.

Guanquan read the words and felt the connotation of the poetic mood of the “daughter flower” blooming in the flower bushes.