Recently, the Department of Neurosurgery of the Affiliated Hospital of Binzhou Medical College successfully performed a number of cases of dorsal spinal cord root entry zone damage, which relieved many patients with intractable neuropathic pain The pain, the “phantom limb pain” that tormented Uncle Liu for 13 years was finally resolved. 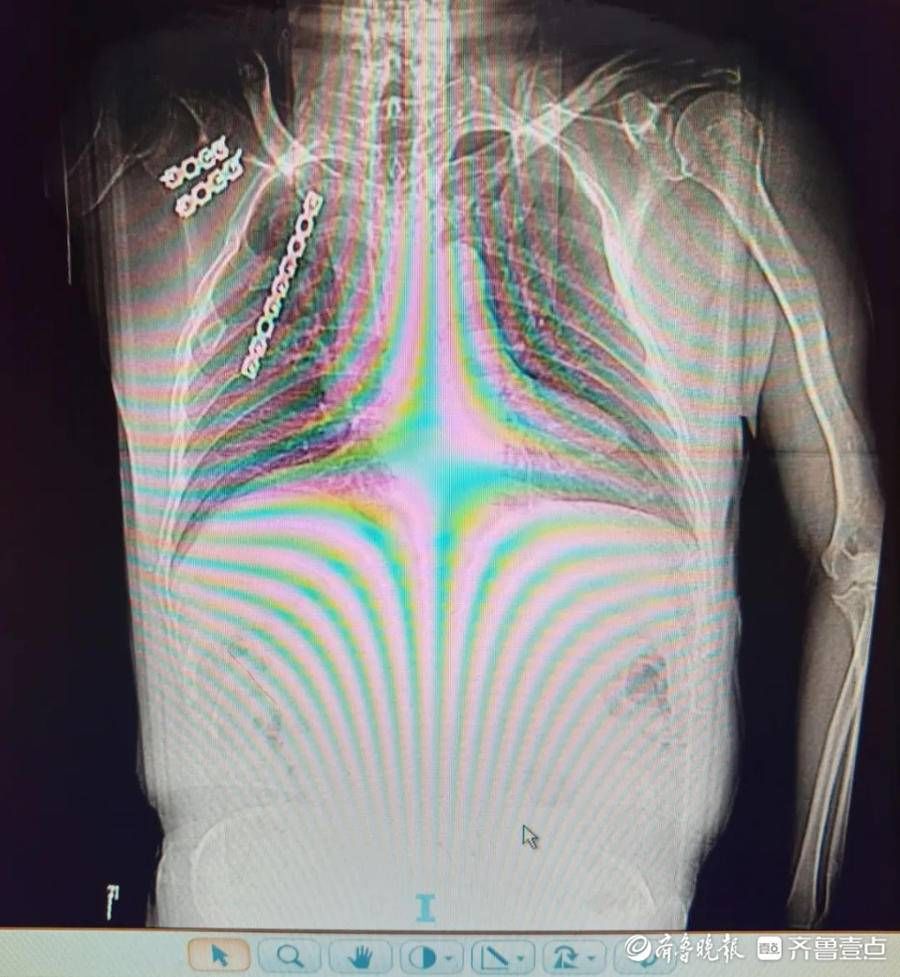 Patient Mr. Liu, unfortunately suffered a car accident 13 years ago, resulting in an open fracture of his right upper arm and scapula. The entire right upper limb was amputated, and misfortunes did not come singly. Although the right upper limb had been amputated, severe pain remained after the operation. The severe pain spread from the missing limb of fantasy to the brain. He has used various analgesic drugs and nerve block therapy in many hospitals, but the effect is not good. For 13 years, the patient has suffered unbearable pain.

On April 8, Mr. Liu came to the Department of Neurosurgery of Binhai Medical College Affiliated Hospital for treatment and was diagnosed with phantom limb pain. Phantom limb pain is one of the most common complications after amputation. The rate is 50%-80%, usually occurs within 1 month or 1 year after amputation, and mostly occurs at the distal end of the residual limb. The nature of its pain is usually squeezing pain, knife-like pain or drilling-like pain, etc., belonging to chronic neuropathic pain. In addition, phantom limb pain does not only occur in the limbs, but the removal of other parts of the body can also induce phantom limb pain, such as breasts, teeth, tongue, etc.

After a series of examinations to meet the surgical indications, and the preoperative preparations were perfected, the peripheral neurosurgery team performed the dorsal spinal cord root entry area destruction for the patient. The dorsal root of the spinal cord was carefully separated to reach the posterior horn of the spinal cord, and the damage range was expanded with 1mm bipolar coagulation and low-power cautery. Every aspect of the operation was carried out perfectly. After the operation, Mr. Liu’s original pain completely disappeared, and the operation was very successful.

According to reports, phantom limb pain is a typical intractable neuropathic pain, which refers to the patient’s subjective perception that the amputated limb still exists after the related limb is amputated due to trauma or disease. The specific performance is that the amputated limb can still feel the shape, position and the corresponding cold, heat and touch, and can even try to move independently and control its activities, accompanied by pain of different nature and degree. Brachial plexus injury, spinal cord injury, amputation, amputation, etc. are all common causes, which mostly occur in the stump or the distal end of the amputation, and are often combined with emotional disorders such as depression and anxiety, which often lead to the loss of self-care ability and social ability. seriously affect the physical and mental health of patients.

It is generally considered to be related to changes in the peripheral and central nervous systems after amputation, and some psychological factors may also play an important role. There are various treatment methods, including physical therapy, psychological therapy, acupuncture therapy, drug therapy and even surgery, but various treatments are often ineffective. With the understanding and development of pain, surgical treatment has become the ultimate weapon for pain treatment, which can be divided into two categories: neuromodulation surgery and nerve damage surgery. Neuromodulation surgery eliminates pain by interfering with current or drugs or changing the transmission of pain signals. Nerve damage surgery eliminates pain by physically or chemically destroying the physiological pathways that generate, transmit, and perceive pain. The advantage is that the operation cost is moderate, no instrument is needed to implant in the body, and the curative effect is definite. The disadvantage is that the operation is complicated and difficult.

Destruction of the dorsal spinal root into the medullary area eliminates the generation and conduction of pain signals in this area, thereby relieving pain. Surgery has very high requirements on imaging examination, surgeon’s microscopic manipulation skills, anesthesiologist’s intraoperative management, and the cooperation of surgical nurses.

Since last year, the Department of Neurosurgery of Binhai Medical University Affiliated Hospital has treated intractable neuropathic pain by “destroying the dorsal root of the spinal cord and destroying the second-level sensory neurons”, and has cured the brachial plexus injury successively. Postoperative pain, pain after spinal cord injury and pain after herpes zoster, etc., the pain is completely relieved after surgery, without any complications, and the treatment effect is good, bringing good news to patients with intractable pain.