On the train home, a woman in her 50s calmly told her story.

Happy families are mostly similar, but unfortunate families have their own pains. When liver cancer suddenly comes to themselves or their loved ones, no one can be truly calm and objective.

The story contains the superstitions of ordinary people, as well as the helplessness of birth, old age, sickness and death. And those cold medical knowledge, I hope they can leave a deeper impression on you through the story.

One, middle-aged fat, her husband was diagnosed with diabetes 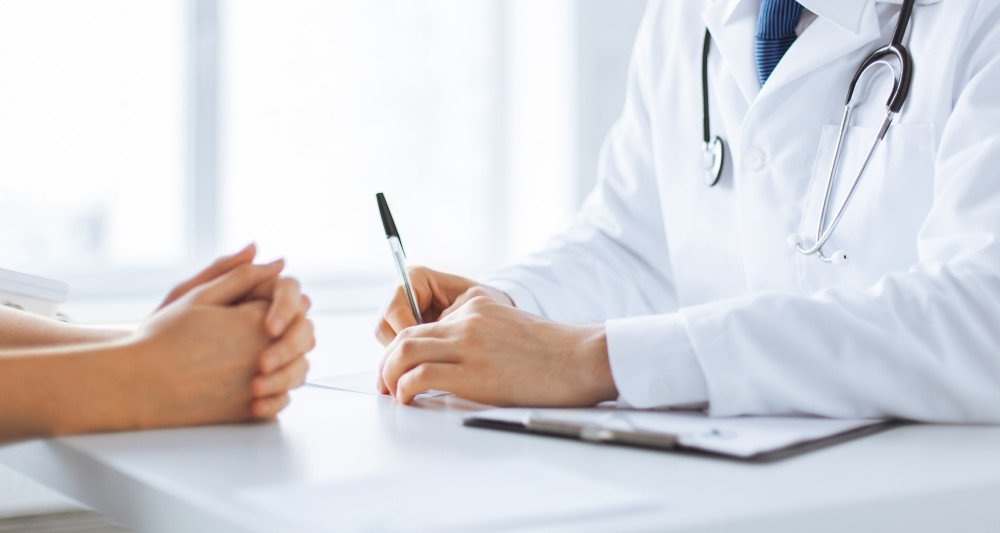 There are some things I thought would never happen to me, but fate made me not believe it.

It was 2010 and my husband’s brother died of kidney failure. When I went back to my hometown for the funeral, someone in the crowd whispered: “It’s really weird, everyone left so early…”

This is true. Previously, her husband had 3 brothers who died of illness one after another, none of whom lived past the age of 32, and his father died when he was very young. On the contrary, he, as the eldest son in the family, settled down in the city after he jumped out of the “farm gate” and lived to be more than 50 years old, which was considered a long life.

My husband is a biology student, and he talks about medical knowledge one by one. He doesn’t usually smoke, he only drinks some alcohol when gathering with friends, and he doesn’t touch any internal organs or fat when he eats.

But perhaps due to lack of exercise and a good life, my husband was diagnosed with diabetes in his 40s and was a little overweight.

Since then, he has paid more attention to health. He eats green vegetables and whole grains every day, uses less oil and salt in his cooking, and tries to be as light as possible. He takes a walk after meals and goes hiking every Saturday.

Although my husband and I are both highly educated people, when we reach a certain age, we will know that fear of fate is the normal state of life.

So one day at dinner, I brought it up on purpose or not.

“You said, do we want to do a comprehensive medical examination?”

“Really, you are still a graduate student, have you been fooled by someone who sells health products recently? Our unit has a physical examination every year, and I measure my blood sugar every day, spending all that money on it Well.”

Seeing that I didn’t speak for a long time, my husband’s expression became gentle: “I know what you are worried about. Who doesn’t want a healthy and long life for the family? Don’t worry, I know my own body. .”

But I still have a bad hunch. In 2012, more than two years have passed, and my husband’s blood sugar control is not bad. Every day, his face is bright and refreshed. The family’s life went well beyond expectations. Seeing that his son is also working and getting married.

Just when we were about to retire and enjoy our family, a medical report broke our peaceful life again.

That was his last physical at the unit. We were supposed to get the medical report in January, but when the Spring Festival was approaching, we went back to our hometown ahead of schedule and arranged our son’s wedding together, so we didn’t go to get the report.

I just went to work after the new year, and the medical examination agency called directly to remind my husband to go to the hospital for a re-examination as soon as possible.

Open the medical report and take a look, it reads:

The alpha fetal protein (AFP) is elevated, and the abdominal B-ultrasound finds a hypoechoic mass in the liver. If a malignant tumor of the liver is suspected, a follow-up visit to the hepatobiliary surgery is recommended.

“Liver cancer? What a joke.” Husband threw the report on the table disdainfully, “I have never had hepatitis B or C in my life, and my physical examination every year is normal, how could I have liver cancer? What?”

At first, he was resolutely reluctant to go to the hospital, and shouted that “these examinations are all a waste of money, and no disease is said to be sick”. After my repeated urging, he agreed to go and have a look, so that I can feel at ease.

In the hallway where people come and go in the hospital, I accompanied him to do the enhanced CT and MRI, thinking in my heart: I will be fine, it must be a misdiagnosis…

But I still read the word “PLC” written by the doctor on the checklist, followed by a question mark indecisive.

“It’s kind of like that, but it can only be diagnosed with tests such as liver imaging.”

After a circle of examinations, the doctor suddenly asked me, “Are you a family member of XX? Come with me.”

The office is frighteningly quiet. The doctor gave me the report with a solemn expression, and slowly said the words I never wanted to hear.

A buzzing sound in my head. A nerve in the temple is throbbing.

Impossible! This is not true!

“Doctor, is my husband still alive now? Will he need chemotherapy or surgery? You must save him, doctor!”

“Sorry, your husband’s tumor has grown into the trunk of the portal vein, blocking the blood vessels, and it is difficult to cut it cleanly. Now it can only be treated conservatively, and it can last for three months at most. Your family members should accompany him on the final journey.”

I stood there dumbfounded, as if something had hit me hard.

If I had done a physical examination earlier, if…

Although I know this is just my wishful thinking, what should come will come eventually.

The reality is far more cruel than I imagined.

The doctor’s prescription had a bunch of medicines on it, and the thought of “there are medicines to cure” seemed relieved.

I tried my best to calm down and carried the lines that I colluded with the doctor in advance: “Husband, it’s okay, the doctor just said that you have fatty liver caused by diabetes and obesity, a little cirrhosis, no Liver cancer.”

He was stunned for a moment, then smiled relievedly: “I just said I couldn’t have liver cancer.”

“I’m worried to death, you still laugh.” I looked at him pretending to be annoyed, “The doctor said that cirrhosis of the liver is very dangerous, you have to promise me that you can’t drink again in the future. .”

But when I saw the medicine prescribed by the doctor, he frowned again, like a kite string suddenly tightened, and brought my heart to my throat again.

“You, you always think of yourself as a doctor. The doctor said that this medicine is to treat liver cirrhosis and protect the liver. Naturally, there is a reason for it to be prescribed, and it will not harm you. “

I guiltily turned my face away, trying to avoid his sharp gaze.

Fourth, the truth emerges, diabetes may be one of the “culprits” of liver cancer But some things can’t be hidden for a long time.

One ​​day, he went to the hospital for an infusion as usual, the doctor on duty chatted with him, and he didn’t know why he suddenly talked about liver transplantation.

“You have liver ascites now, do you want to consider changing your liver? Some patients with cirrhosis and ascites are just like normal people after liver replacement.”

“Liver replacement? I don’t think I’m there yet?”

Hearing this, my heart skipped a beat, and I quickly winked at the doctor.

My husband turned on his mobile phone and checked the Internet, his face suddenly darkened: “You guys, are you hiding something from me?”

It was only then that I realized how pale white lies are in the face of disease.

My husband’s body trembled slightly, but he didn’t speak, just stared out the window. After a long while, he roared abruptly: “God, open your eyes and take a look! Give me a long life for a good man, why don’t you be so absolute!! I won’t let anyone go!!”

He also seemed to remember my previous worries, watching me want to say something, but didn’t say anything.

“Doctor, I don’t understand. I don’t have any symptoms before, and I’m not a hepatitis B carrier. How can I end up with advanced liver cancer?”

“It may be caused by diabetes. You have type 2 diabetes yourself and your risk of liver cancer is 2-3 times higher than the average person. Diabetes can lead to nonalcoholic steatohepatitis, which can then develop into Liver cancer. Some people abroad have found that these two diseases share a common genetic defect.” The doctor sighed slightly, “The early symptoms of liver cancer are very subtle, and many patients are only discovered at an advanced stage, unless your tumor has grown very large from the beginning. big.”

Why are people with diabetes at an increased risk of developing liver cancer?

“Then what if my husband does a liver transplant?”

“Liver transplantation can prolong the life of liver cancer patients, but the specific effect varies from person to person, and the best effect is done early.

Do you know the actor who played Wu Yousi in “Da Ming Palace Ci”? Back then, like you, he had a tumor thrombus in the portal vein. He tried all kinds of methods, found the best doctor, and even underwent two complete liver replacement operations, but in the end he metastasized and recurred. “

In the weeks that followed, my husband seemed to have aged decades.

I watched him get thinner and thinner, to the point of being skinny. Every time I wiped him, the circle of protruding ribs on my chest made me unbearable.

When my husband left, his eyes were wide open and his consciousness was no longer clear. I cried heartbroken.

It was exactly 39 days from the detection of liver cancer to his death.

And the day after he left was the Qingming Festival.

*The content of this article is for the popularization of health knowledge and cannot be used as a specific diagnosis and treatment suggestion, nor can it replace the face-to-face consultation of a licensed physician, and is for reference only.

*The copyright of this article belongs to Tencent Medical Dictionary. Unauthorized reprinting by media is prohibited. Illegal reprinting will be investigated for legal responsibility according to law. Individuals are welcome to forward to the circle of friends.