from 2019 , Chongqing City focused on the outstanding problems of rivers, and issued 3 municipal-level general river chief orders in 3 years to promote the continuous improvement of the city’s water environment. Why did the No. 4 Municipal Chief River Chief Order issued this year take problem-solving and problem-solving as the primary task of the river chief’s performance of his duties, and focus on the “practice” of checking and managing the river, emphasizing that the river chief should take the lead in finding problems? On April 18, Zhang Xuefeng, Secretary of the Party Group, Director of the Municipal Water Conservancy Bureau, and Executive Deputy Director of the Municipal River Chief Office, accepted an exclusive interview on relevant issues. 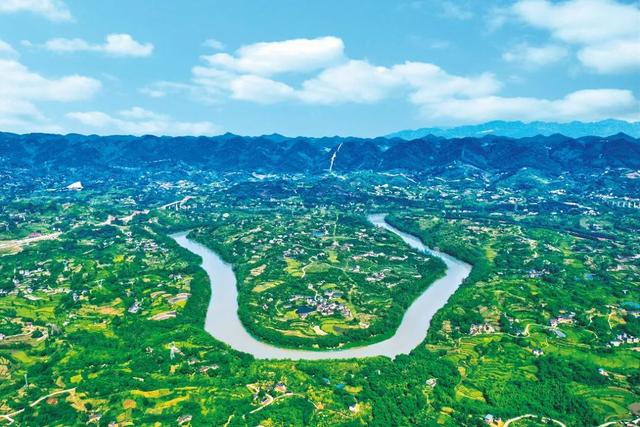 Conform to the “three rows” (sewage discharge) , straight discharge, random discharge) to the treatment of “three chaos” (disorderly discharge of sewage, random occupation of shorelines, river course Random construction), and then to improve the “three rates” (sewage collection rate, sewage treatment rate and treatment compliance rate). On this basis, why issue the No. 4 Municipal Chief River Chief Order? What is the relationship between Order No. 4 and the first three Chief River Chief Orders?

Since 2019 , the city’s double chief river chiefs issued three municipal chief river chief orders for three consecutive years. The illegal discharge of sewage has been fully curbed, and a number of “old and difficult” problems of encroaching on the coastline have been properly handled. Large-scale illegal sand mining in the Chongqing section of the main stream of the Yangtze River has basically disappeared. These are enough to prove that the Chief River Commander is effective.

The No. 4 Municipal Chief River Chief Order is based on the No. 1, No. 2 and No. 3 Municipal Chief River Chief Orders The redeployment and re-inspection carried out on the above, the implementation of the rectification of problems within a time limit, the dynamic clearing, and paying more attention to the problem-oriented, goal-oriented and result-oriented. The four chief river chiefs are in the same line and have the same goal in continuing to rectify the outstanding issues of rivers.

Focus on Chahe River Management to be “Real”

The needs of the people for the river ecological environment in the new era have been transformed into the needs for high-quality water resources, healthy water ecology, and a livable water environment. To this end, the No. 4 Municipal Chief River Chief Order requires river chiefs at all levels and relevant departments to always adhere to the keynote of “reality” in the process of river management and river management, earnestly fulfill the responsibility of river management and protection, and focus on practicality. , Use practical considerations, speak with actual performance, resolutely rectify the “garbage river” and “dirty water river” around the masses, and vigorously avoid formalism and bureaucracy.

The No. 4 Municipal Chief River Chief Order also issued a mission statement: It requires river chiefs at all levels, relevant departments and units to proceed from the integrity of the river ecosystem, and take a problem-oriented approach to promote the six major tasks of the river chief system. Implement a new round of “one river, one policy” plan (2021-2025) in an orderly manner, to achieve a new urban sewage treatment capacity of 1.2 million tons per day by the end of 2025; to ensure that the proportion of important river shoreline protection areas and reserved areas is as high as More than 50%, and the city’s level 5 river embankment compliance rate reaches 88% and other specific goals.

Why did the No. 4 municipal chief river chief put forward that the investigation problem should be extended to tributaries and small and micro water bodies in rural areas?

Fully implemented from Chongqing Since the river chief system, the water ecological environment of the city’s rivers has been continuously improved, and the water ecological functions have been gradually restored. At the end of the “13th Five-Year Plan”, the excellent water quality ratio of the city’s 42 national examination sections reached 100% for the first time, which is higher than that before the implementation of the river chief system in 2016. The water quality of the main stream and important tributaries of the Yangtze River is generally excellent, and the management and protection of the “aorta” and “mainstream” of the river has achieved remarkable results.

However, it should be noted that the rivers in our city are generally characterized by “good main flow, poor tributaries, and easy repetition”. Some secondary and tertiary tributaries are randomly discharged, garbage dumped, and rivers are invaded and other phenomena occur from time to time. In rural areas The task of management and protection of small and micro water bodies such as ditches, ponds, weirs and dams is relatively heavy.

What safeguards has Chongqing established to promote the implementation of the No. 4 Municipal Chief River Chief Order?

This year, we will explore the establishment of a news media issue exposure mechanism to promote the implementation of the work. In addition, this year, the city will carry out an assessment of the performance of the river chief, and make an objective and fair evaluation of the performance of the river chief according to the regulations of daily supervision, unannounced inspections and the upcoming evaluation and assessment methods. At the same time, the city will incorporate the implementation of the Chief River Chief’s decree into the scope of audit supervision, and promote the special action to achieve actual results.

At the same time, all sectors of the society are welcome to actively participate in, support and supervise the implementation of the municipal chief river chief order. The public can call 12369, 12314 and the supervision telephone number of the Hechang System public board, or complain and report through platforms such as the Chongqing Hechang System WeChat public account.