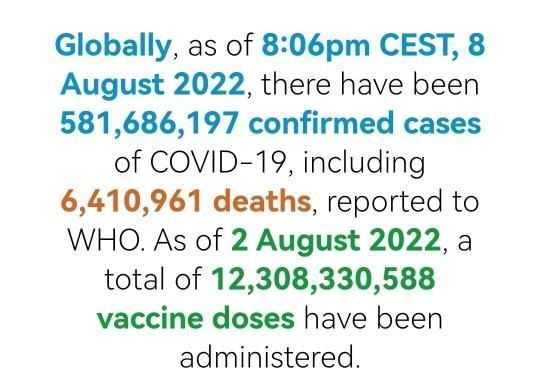 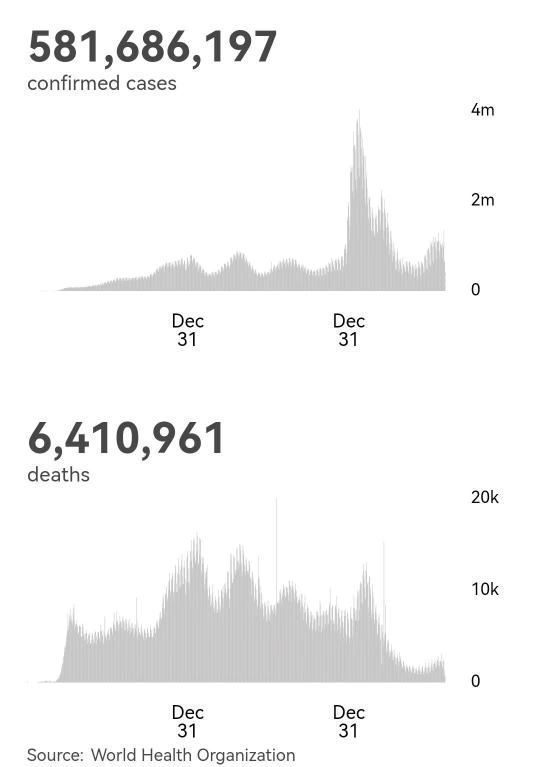 The latest data released by the World Health Organization on August 8 shows that the cumulative number of confirmed cases of new coronary pneumonia in the world has reached 581,686,197.