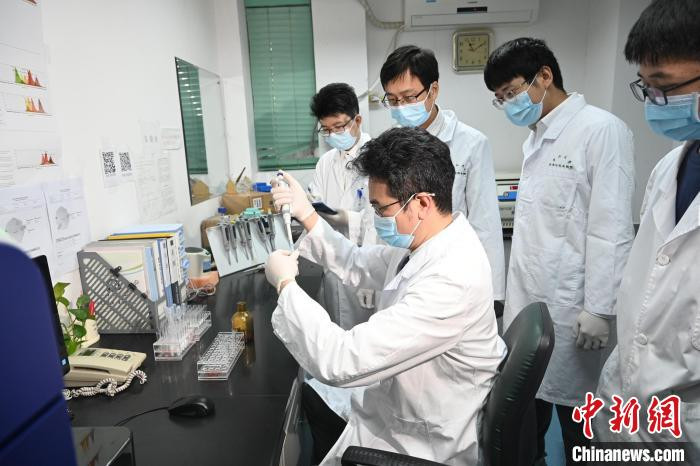 Xinwang, Guangzhou, April 18 (Cai Minjie and Zhang Yang) The incidence of bladder cancer ranks first in urinary tumors. Improving the diagnosis and treatment of bladder cancer is an urgent clinical problem and demand in my country. Lin Tianxin, vice president of Sun Yat-sen Memorial Hospital of Sun Yat-sen University, and his team developed and promoted a full-process minimally invasive and precise diagnosis and treatment system for bladder cancer. The project won the first prize of the 2021 Guangdong Science and Technology Progress Award.

Lin Tianxin said that the incidence of bladder cancer ranks sixth in malignant tumors and the first in urinary tumors. However, there is a low early diagnosis rate, and small lesions are easily missed, with an early diagnosis rate of only 32%. In addition, the staging is inaccurate, and the diagnosis rate of lymphatic metastasis is only 50%; the surgical trauma is large, the open surgical incision is large, and the sexual function preservation rate is only 10%; the mortality rate of patients with advanced disease is high, and the 5-year survival rate is less than 40%.

“Existing urine diagnostic methods: misdiagnosis and missed diagnosis are high, and there is a lack of effective non-invasive early diagnosis methods.” Lin Tianxin said that the team and Guangzhou Benchmark Medical Company were the first to successfully develop urine DNA in China Compared with exfoliative cytology, the new technology of methylation non-invasive diagnosis of bladder cancer has improved the early tumor sensitivity from 32% to 79%. It has significant advantages in the diagnosis of early, small, residual and recurrent tumors, and can also identify high-risk patients. ”

Because bladder cancer is painless at the beginning, the early diagnosis rate is low. When patients find hematuria and seek a doctor, 25% have already developed to the middle and late stages. To this end, the team put the above The non-invasive diagnostic technology has been developed and transformed into products. It has been applied in more than 100 hospitals and physical examination institutions across the country. It has been included in the Chinese bladder cancer guidelines, and has been recognized as a “breakthrough medical device” by the US FDA, filling the gap in early diagnosis technology in my country.

In addition to focusing on early diagnosis and treatment, Lin Tianxin’s team also established a preoperative precise tumor staging system for bladder cancer, which can accurately predict lymphatic metastasis and muscle invasion, and guide the scope of surgical resection.

“Bladder cancer is mainly The method of metastasis is lymphatic metastasis. How to improve the diagnosis accuracy of lymphatic micrometastasis has been judged by the naked eye through traditional imaging and doctor’s experience in the past. “Lin Tianxin said that by establishing a preoperative accurate prediction system for lymphatic metastasis and muscle invasion, the accuracy of muscle invasion increased from 61% to 82.9%, which guides the selection of bladder cancer surgery and the scope of lymphatic dissection.” A series of technologies provide a new standard for individualized diagnosis and treatment of pelvic lymph node metastasis, avoiding missed diagnosis and missed resection. ”

In addition, Lin Tianxin’s team and Shenzhen Jingfeng Medical Co., Ltd. have developed a domestic surgical robot, and have completed clinical research. Compared with similar overseas products, it has achieved the degree of freedom, image delay and other indicators. Beyond, “It is expected that the registration certificate can be obtained from June to July this year, so that it can be sold in the market. ”

Since 2008, the bladder cancer technology system has achieved the improvement in the early diagnosis rate, staging accuracy rate, sexual function rate, and five-year survival rate of bladder cancer minimally invasive precise diagnosis and treatment. It has been extended to more than 600 hospitals across the country.(End)