Noah’s Ark is derived from a biblical story. When the Great Flood came, God instructed Noah to build a huge ship with his family and the animals in the world. A pair of males and females escaped the disaster and reproduced again. This ship that retains the fire of life is “Noah’s Ark”. Recently, a research team led by Dr. Teruhiko Wakayama from Yamanashi University in Japan successfully explored a new technology of freeze-drying to preserve biological cells. The freeze-dried nuclei can be resuscitated and transplanted into enucleated eggs to regenerate healthy pups. . The advent of this technology, like Noah’s Ark, provides a safe and feasible solution for the conservation of genetic resources of biological species.

Just two years after the cloned Dolly the sheep, scientists at the University of Hawaii report another major breakthrough in reproductive technology when they successfully cloned mice from freeze-dried sperm. Now, Dr. Wakayama’s team has combined the two techniques to demonstrate that somatic cells that have been lyophilized and stored for 9 months can also clone healthy mice, the results of which were recently published in Nature “Nature Communications, a subsidiary of the journal. This research breakthrough has sparked wild imaginations: Utilizing this technology, scientists can not only preserve rare species, but even one day recreate hundreds of thousands of creatures that have disappeared from Earth.

In general, the common method for storing animal tissues is to immerse them in liquid nitrogen tanks for long-term storage under low temperature conditions. In addition to requiring low temperature-resistant storage containers, this method requires Regular replenishment of liquid nitrogen is also required to maintain a low temperature environment of minus 385 degrees Fahrenheit. In contrast, lyophilized cells can be stored at room temperature in small, vacuum-sealed glass vials, a more economical storage option and less susceptible to natural disasters and other unforeseen supplies The impact of chain problems such as shortages of liquid nitrogen.

In this study, researchers collected cumulus cells, a type of somatic cell closely related to follicle development, from around oocytes of female black-haired mice. During oocyte development, it provides support for egg growth and maturation. They immersed the cells in liquid nitrogen and then lowered the pressure until all the water inside the cells sublimated into steam. After this process, the cells have lost their life activity, but the lyophilized powder they leave behind completely retains the life information-DNA, although the technical operation of freeze-drying has caused a certain degree of damage to the DNA. . Nine months later, the researchers rehydrated these freeze-dried powders and transferred hundreds of nuclei into the eggs of other black-haired mice, which successfully developed to early embryonic stages ( blastocyst stage). The researchers harvested some of the cells from these blastocysts and established embryonic stem cell lines, which were then transplanted into the uterus of white-furred surrogate mice. In the study, about 2,000 embryos were transferred, and 19 mice were successfully born with black fur, complete limbs, and looking very healthy. When Dr. Wakayama’s team repeated the process with cells from the tail tips of male and female mice, they cloned 56 mice.

Researchers named the first-born cloned mouse “Dorami,” a female mouse that successfully grew up and paired to give birth to healthy cubs . All the female cloned mice in this study gave birth to healthy mouse pups, and the male cloned mice also showed normal fertility. Scientists euthanized other cloned mice for more detailed studies, but left Dorami alone to see if the technical treatment it underwent at the beginning of its life shortened its lifespan. Dorami lived to the average lifespan of a laboratory mouse.

When asked about the reasons behind the success, Dr. Wakayama, in an interview with STAT, attributed the study’s success to the “accumulation of many small factors” over the past two decades, such as the discovery of protective formulations of sexual chemicals, his laboratory’s improvements in genetic material transfer techniques, and more. In the past, he did not always believe that such experiments could succeed, and this pessimistic attitude was not without reason. As early as 1998, Dr. Wakayama and his collaborators published the research results of freeze-dried sperm. Other scientists have successfully cloned several species including rats, hamsters, rabbits and horses using this technology. Freeze-dried mouse sperm that has been irradiated for six years on the International Space Station still successfully produces pups. But in fact, sperm are a very special type of cell, their chromosomes are highly compressed into the dense structure of the nucleus, so there is less space for water molecules in the nucleus. By contrast, somatic cells have looser and more fluid nuclei, which makes them more prone to DNA damage when water is removed. For more than two decades, attempts to freeze-dry any cell other than sperm have failed. 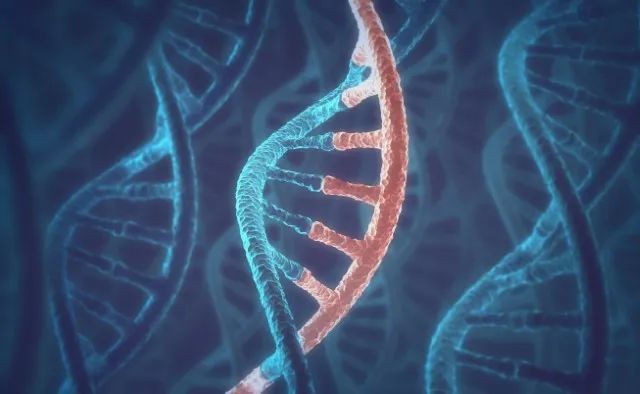 Nevertheless, some scientists continue to workachieve this technological breakthrough. As factors such as habitat loss, climate change and human activity push more species to extinction, animal protection groups have begun advocating for the preservation of the genetic material of biological species around the world in biobanks, or “frozen zoos.” From the perspective of biological genetic resources preservation and species breeding, preservation of the nuclei of eggs and sperm is the most ideal, but obtaining eggs from any animal is not an easy task. And only specially trained technicians can perform this operation. In contrast, sperm collection is relatively easy, but sperm alone without eggs still cannot preserve the species intact. This underscores the significance of the somatic cell freeze-drying preservation technique developed by Dr. Wakayama.

However, this technology is not perfect, and there is room for improvement. Commenting on the research in an interview with STAT, Dr. Ben Novak, senior scientist at Revive & Restore, a nonprofit focused on the conservation of rare species, said that while the studies are “incredible feats,” the method is currently inefficient. And freeze-dried somatic cells need to be kept at minus 22 degrees Fahrenheit, which requires electricity to maintain, and for some parts of the world, a steady supply of electricity is apparently not as easy as regularly filling tanks of liquid nitrogen. In addition, further studies on cells stored for more than 9 months are needed to identify effective long-term preservation strategies for somatic cells. Nonetheless, for scholars working on conservation of biological species resources, “being able to preserve species resources in the present is more important than mastering the technology to clone or grow organisms from these resources,” adds Dr. Novak, “as long as we can somehow Preserve intact nuclei or living cells, and eventually someone will create new technologies to use them.”

It is reported that Dr. Wakayama’s team does not intend to stop there, they are focusing on researching techniques for recovering nuclei from long-term cryopreserved animal samples and cells shed with urine/feces, We hope to provide more options for collecting genetic material for future species conservation efforts.