Nowadays, the Internet’s ability to create stalks is not only spreading fast, but also becoming more and more abstract. . .

In the past two days, Shichao has swiped a label called “Darwin Effect” on Xiaohongshu, and several pages of tweets below are accompanied by photos of sunlight passing through clouds or leaves . 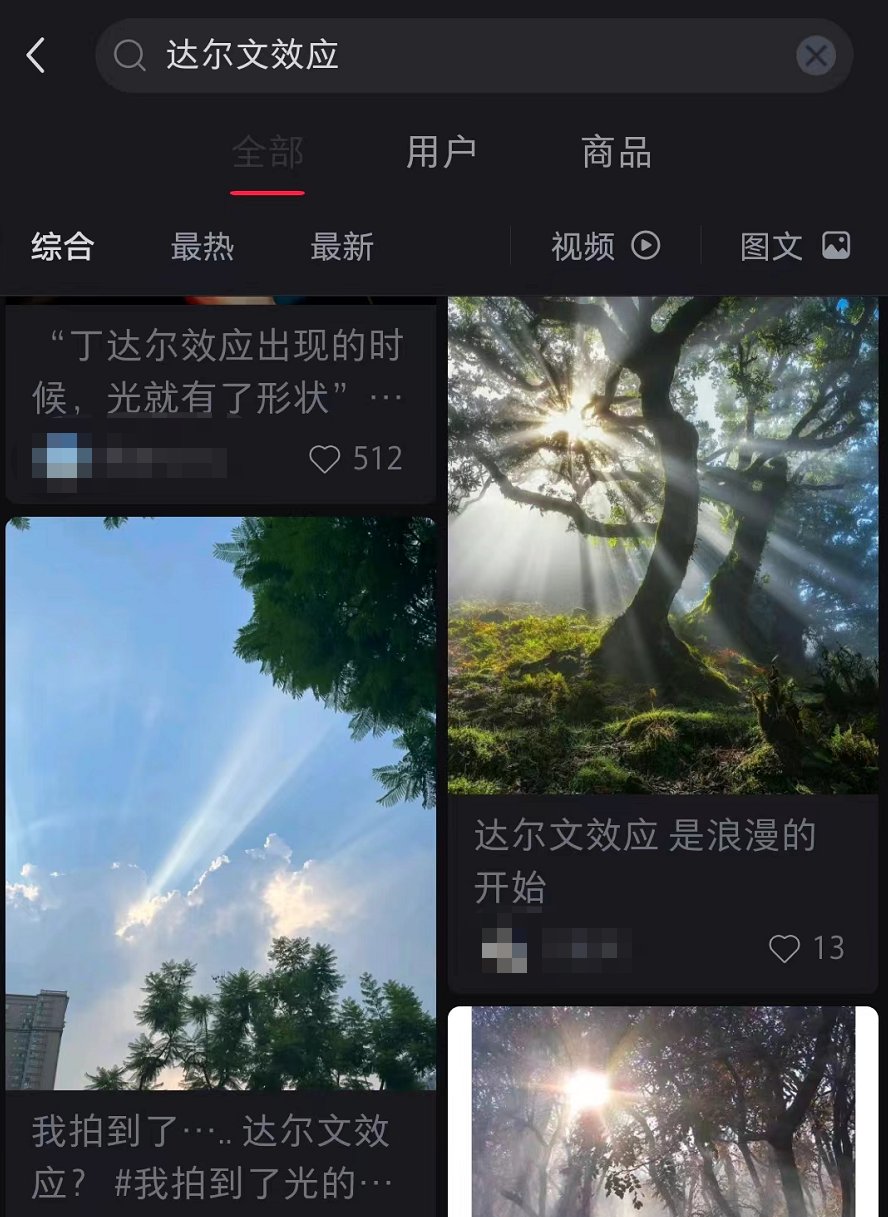 By the way, this sentence is also posted:

“When the Darwin effect appears, light has a shape”.

Shichao quickly searched his brain with a shallow knowledge reserve, and he still knew that Darwin was a great biologist.

But in his life, apart from studying the origin of species, he did not do any research related to optics?

“I may care about the birds, but this thing has nothing to do with me…” ▼

When I thought that this was a new meme that I didn’t know, Mr. Tony walked past me and said this.

“What Darwin, isn’t this the ‘Tyndall effect’? All photography masters know, Jesus is light!”

Being so little by him, Shichao seems to understand a little bit about what’s going on. . .

Ahem, before we clarify this matter, let’s review the knowledge point of this middle school physics.

Tyndall Effect (Tyndall Effect): When a beam of light passes through the colloid, a bright “channel” in the colloid can be observed from the direction of vertical incident light.

It is stated in advance that the “Tyndall effect” itself is a physical phenomenon, and it has nothing to do with the abstract words such as Darwin, Dingzhen, Zelda, Da Vinci, and Darknin. .

This phenomenon was first proposed by Irish physicist John Tyndall in the 1860s. 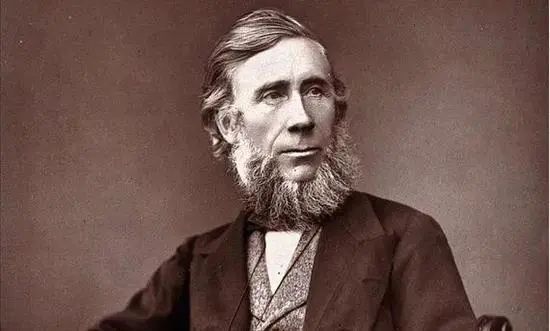 Tyndall was a mountaineer himself and spent considerable time in the Alps.

Because he often sees natural changes such as sunrise and sunset when climbing mountains, he wants to use a scientific way to answer why the sky is blue. . .

Yes, yes, the Tyndall effect is actually proposed to solve such a problem “One Hundred Thousand Whys” at the top student level of the kindergarten middle class.

However, this question is easy to ask, but not easy to answer.

The point that Tyndall wanted to prove is that the color of the sky is the result of sunlight scattered around particles in the upper atmosphere. 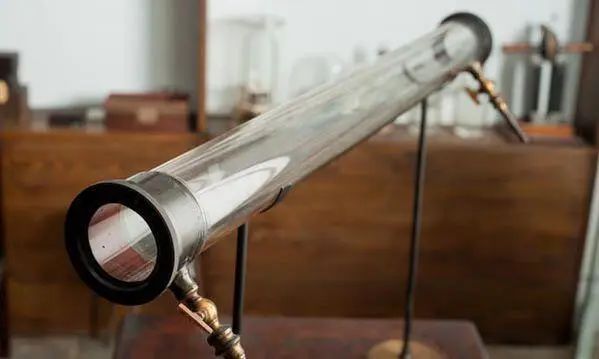 The light looks blue from the side of the glass tube and reddish from the far side .

No material for the original experiment was found, similar to the effect of irradiating the gel with light in the tank below. ▼

So at the time he concluded that light scatters blue from dust or water vapor particles in the atmosphere, just like light The same as the smoke particles coming out of the glass tube.

Although there is nothing wrong with this experiment, the conclusion he draws is wrong.

The blue color of the sky can be explained by light scattering, but it is essentially the molecules in the air that form the effect, not the larger dust particles. 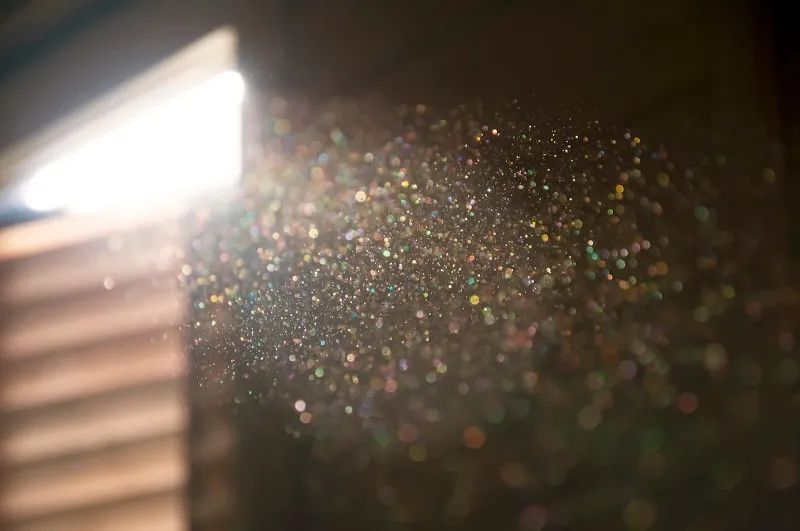 In simple terms, it is also light scattering. The color of the sky is a matter of molecular level, and has little to do with large-sized particulate matter such as water vapor or dust. 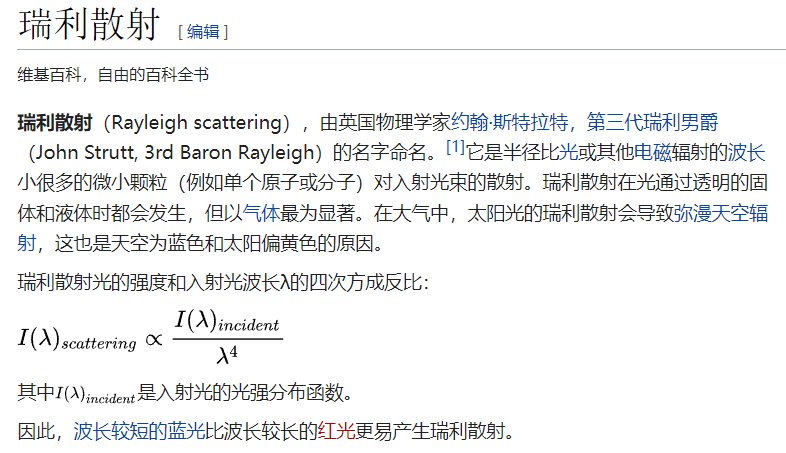 But this experiment is not completely useless.

Tyndall also found in his experiments that when light passes through different substances, the scattering of light is different.

The Tyndall effect is often used to distinguish between colloids and solutions, especially when passing through a colloid (a relatively homogeneous mixture), which makes the path of light clearly visible.

And the “Jesus light” we see in nature is actually the colloid formed by dust, fog and clouds in the air. 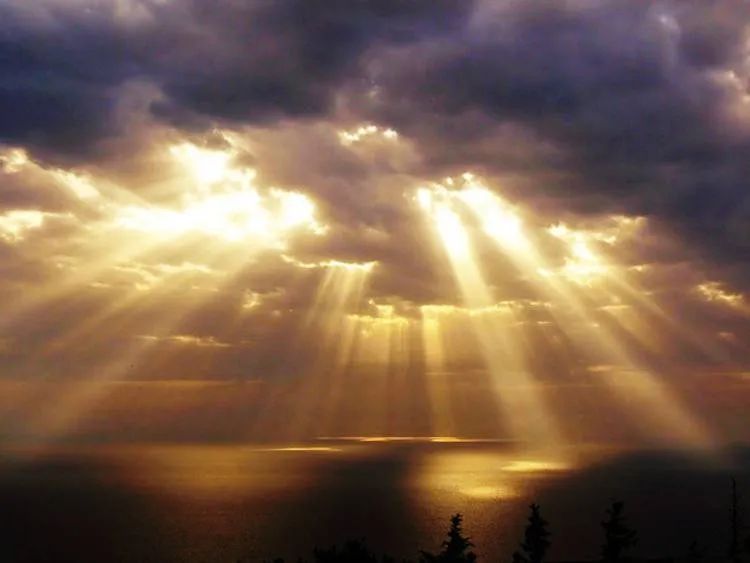 When the sun is blocked by clouds of uniform thickness, the Tyndall effect, which is similar to the rays emanating from the clouds, is most pronounced.

So to a certain extent, the Tyndall effect is relatively easy to find in life, such as the headlights of cars in rainy days, the light entering the room from the windows, the gaps in the woods where the sun shines, etc. Wait. 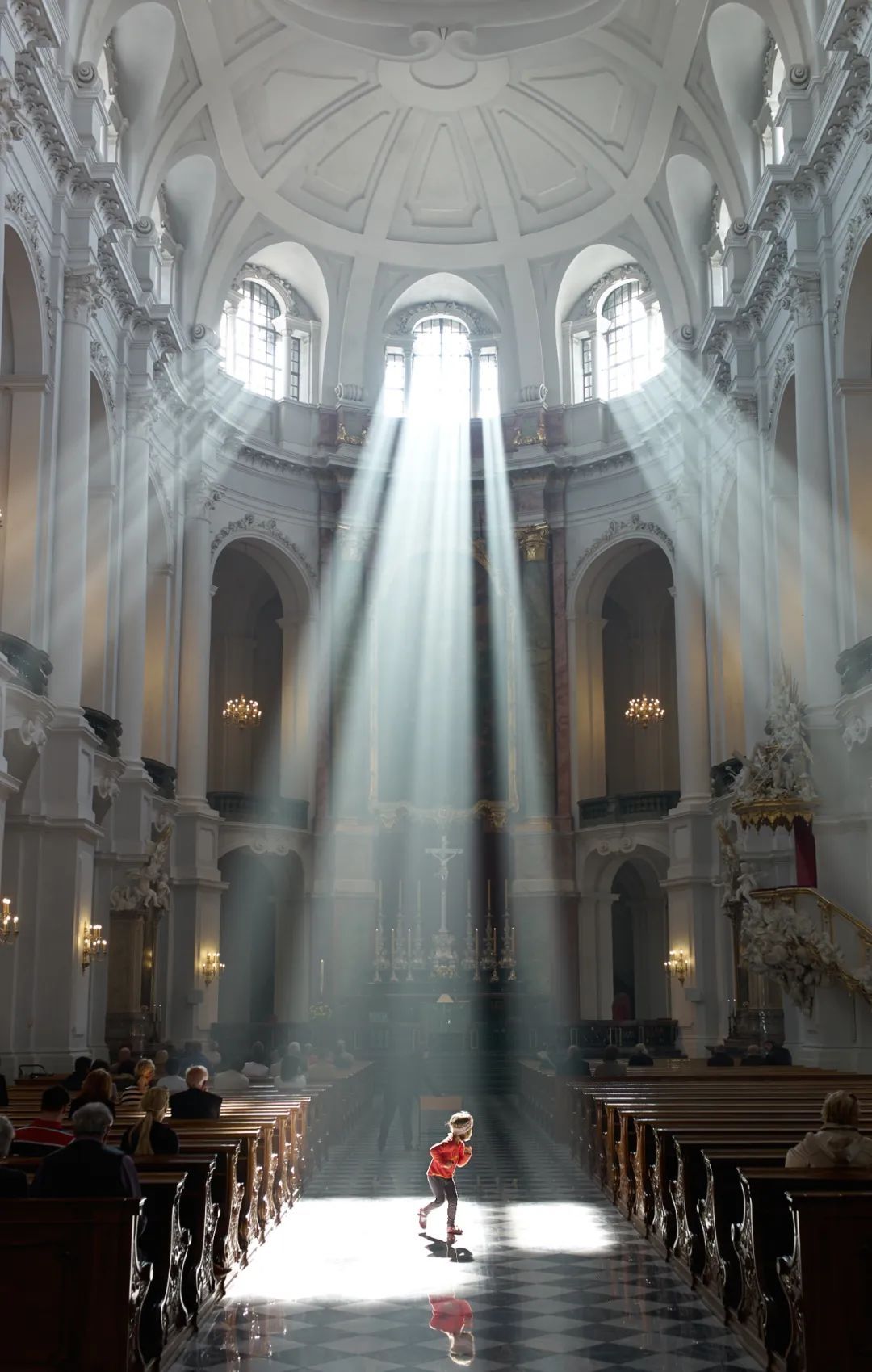 In principle, as long as there are enough uniform suspended particles and beams of light in the air.

When taking pictures, be careful not to use the light, try to use the angle of backlight, side backlight or top light, which is the easiest to take pictures.

Even if the physics knowledge is returned to the teacher, is it inappropriate for the biology teacher to carry the blame?

Of course, it may also be because the Internet is popular today to play abstract culture, because the world is not active in surfing, and what age is still doing traditional experiments, which is boring. 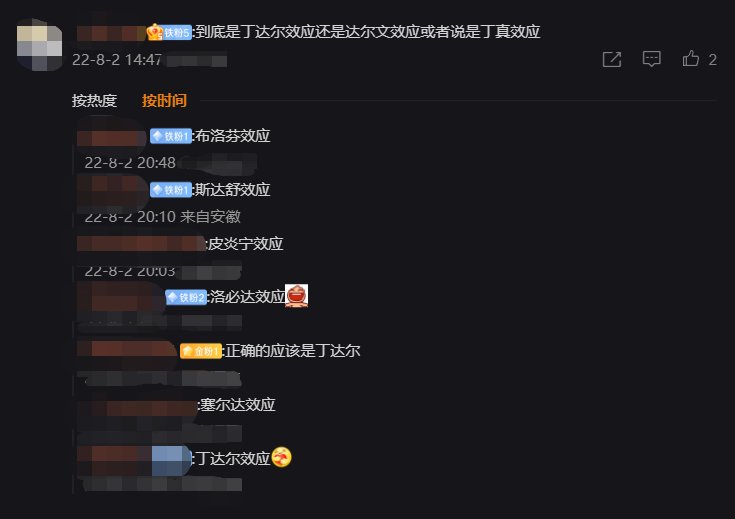 But then again, when it comes to a wrong thing, people who understand the truth are fine to play tricks properly, if it is true, it will spread the truth and let people not know the truth. People who eat melons take it seriously, it’s not very good. 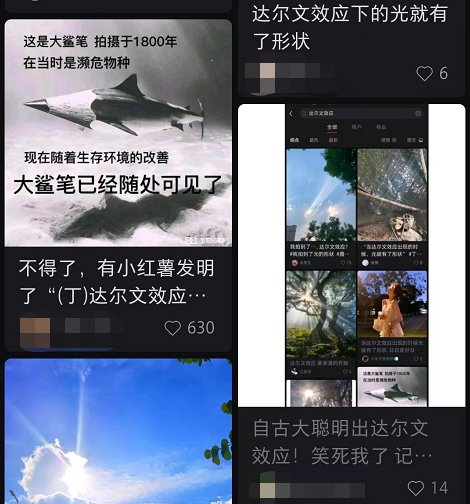 In general, if you want to capture the Tyndall effect, pay more attention to places with high humidity, usually in rainy days, seaside, caves , fog, forests and other climates and environments, it will be easier to take pictures.

If the play stalk can be matched with beautiful photos, it will be more convincing.

Written by: jihao Edited by: Noodles