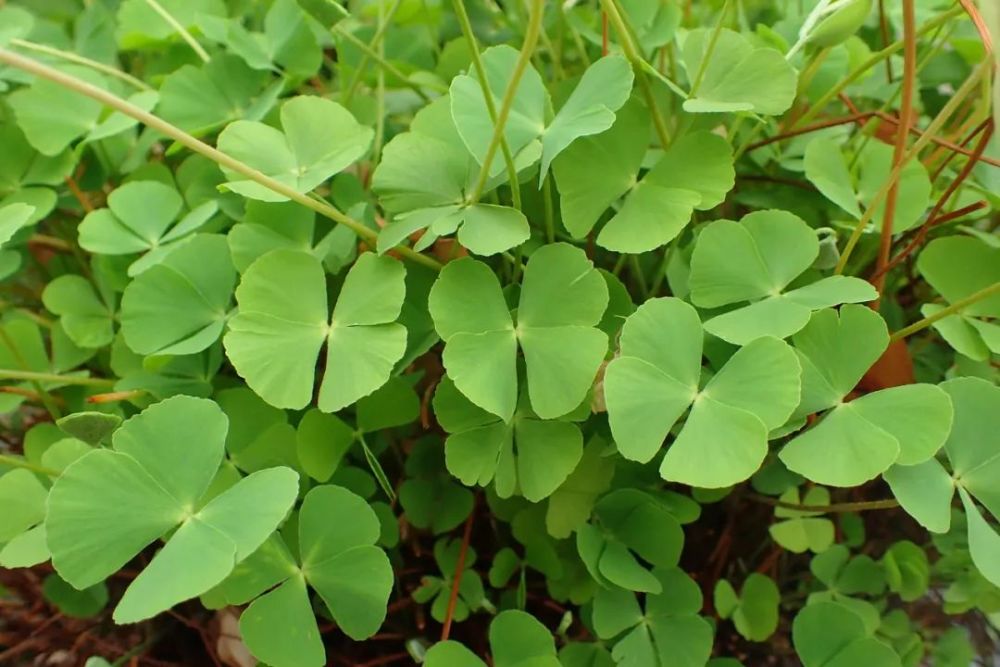 There is a plant that combines beauty and delicacy to fill you up without making you fat. Not only that, but it will also make you eat and lose weight. Such excellent weight loss food is simply the perfect natural meal replacement. But it was this “diet food” that cost Australia’s first explorers their lives. Today we are going to introduce a taboo food – Nardoo. 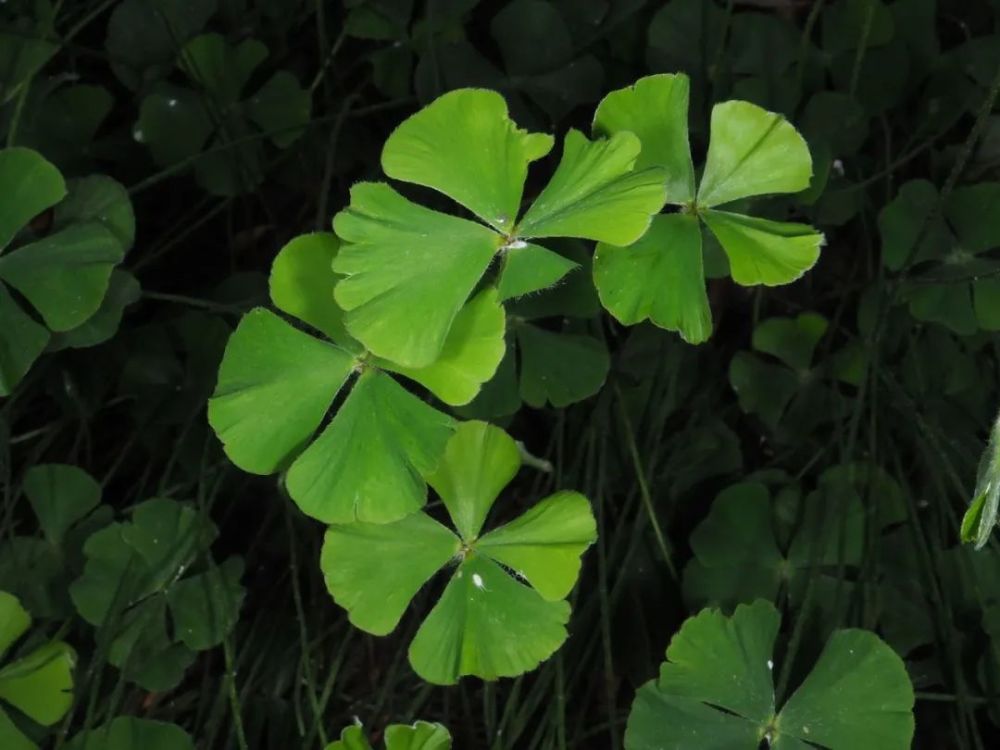 When Australia floods, a large green and beautiful four-leaf clover-like plant grows along the river. The leaves of this plant are downy, with rounded corners and gradients radiating from the center. This plant also has an interesting skill, which is “sleep”: on a dimly lit evening or cloudy day, its leaves will roll up and close, which is very interesting.

This plant is not only beautiful, but also delicious, and is one of the staple foods of Australian Aboriginal people. But don’t underestimate it, it’s the Marsilea drummondii, also called nardoo, endemic to Australia’s malaria fern that will make you eat thinner and thinner, and eventually die of physical weakness.

Nardoo is a “parallel importer” who loves big floods very much. When the flood comes, it will grow a huge bag of offspring: sporocarp. 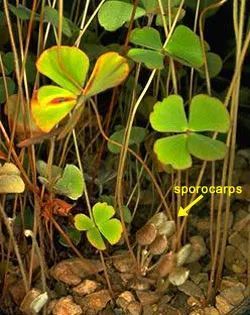 Sporocarps can sleep in the soil for over 30 years. When the next flood comes, the spore fruit absorbs water and swells, the shell opens, and the spores can take the opportunity to spread.

Since the sporocarp is full of starch, it became a staple food for the Aboriginal Australians. The local indigenous people also built a nardoo mill on the edge of the World Heritage Willandra Lakes (Willandra Lakes), which uses the lake water to grind powder. However, this magical plant made Australia’s first colonists suffer.

In 1860, the Australian outback had not yet been developed, and that large tract of land was completely unknown to the colonists. That year, early Australian explorers from England, Robert O’Hara Burke and William John Wills, led an expedition from Melbourne, the first from Melbourne. South to North across the Australian continent. They wanted to find a line suitable for developing railways, and by the way, to see if they could find a way to connect the newly invented telegraph from Australia to Europe through Java. 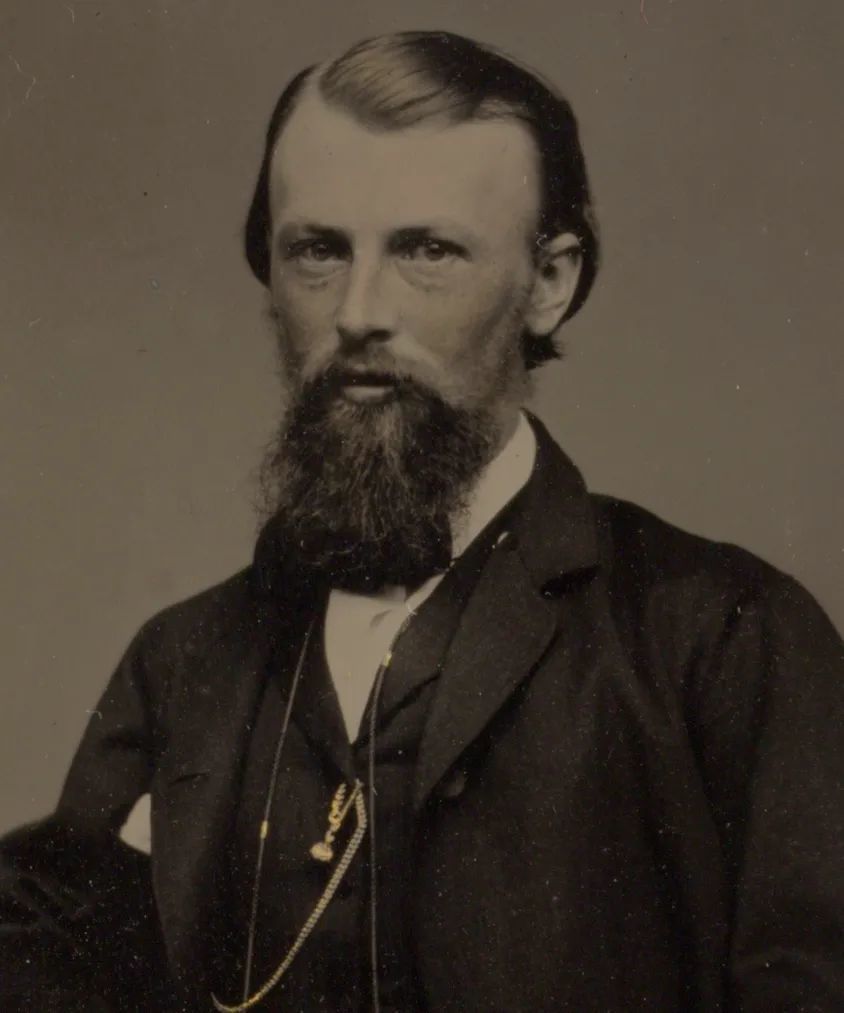 On their way back, they and the supply team missed out, so food shortages quickly arose. Fortunately, at Coopers Creek, they met the local Yandruwandha people. Indigenous people share their food – nardoo enthusiastically.

These colonial explorers thought the food was good, easy to have everywhere, and enough, so they followed the example of the natives, and they took the nardoo spore fruit and ground it and mixed it with water. Gooey like mashed potatoes.

Disaster soon followed. Wells recorded that although they were “eating 4-5 pounds of nardoo a day,” everyone was getting worse, with legs shaking involuntarily and pulses getting weaker.

On June 12, 1861, Wells wrote: “(teammate) King has gone out to collect nardoo. Mr. Burke and I wash and grind nardoo. Although nardoo is fully digested , but my legs are weak.” 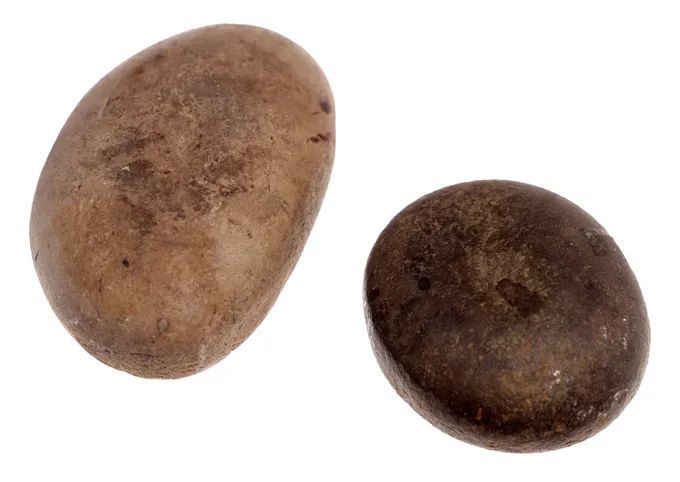 I didn’t expect Wells and Burke to die soon after. In the end, 7 of the 19 people lost their lives. Only John King, the Irish-born player mentioned by Wells, was later rescued by the Yandruwandha and managed to survive. He was the only one in the 19-man squad who managed to get back to the starting point.

These people don’t know why they are getting worse after eating so much nardoo. Later research found that this is because nardoo is a food that makes people unable to use energy, and the more you eat, the more hungry your body becomes.

It starts with vitamin B1.

Vitamin B1, also called thiamine, is an essential nutrient for the human body because it is a necessary substance for the production of ATP, the energy currency of cells, and is involved in the decomposition of sugar. In addition, it is important for the health of neurons.

In other words, the more nardoo eats, the less vitamin B1 is in the body, and the cells starve. If you eat nardoo all the time, you will suffer from beriberi caused by vitamin B1 deficiency: the limbs will keep shaking, the whole body will be weak, the brain will not be clear, the heart will be enlarged, and eventually death. 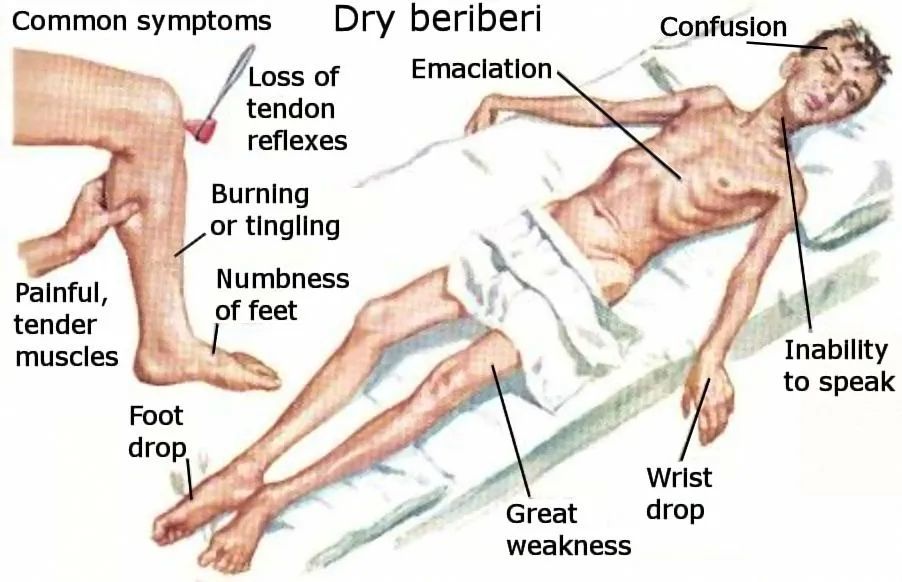 It was in this contradiction of eating but not eating that Wells tragically starved to death. On the fourth day before his death, he wrote: “Starving to death because of eating nardoo is not a comfortable thing at all, because the body is weak and unable to move. However, nardoo can give me the greatest satiety.”

So the question is, the natives have been feeding on nardoo, how are they okay?

Actually, when the colonists cooked nardoo, they left out key steps: soaking and roasting.

Thiaminase is soluble in water and not resistant to heat, so the local indigenous people soaked the sporocarps for at least a day, and sometimes roasted them before grinding them. But Wells and his party were more tiger. They didn’t have time to “sterilize” the spore fruit, but mixed the spore fruit directly with the rest of the flour to eat.

Wells had actually noticed that something was wrong with nardoo. He wrote in his diary: “I have a good appetite and like to eat nardoo, but it doesn’t seem to be nutritious.” It’s just that he and his teammates have no time to learn the truth.

Of course, not only humans, but animals can also be poisoned by eating too much nardoo, because all vertebrates need vitamin B1. Without vitamin B1, both humans and animals will become thin, weak, and brain damaged. 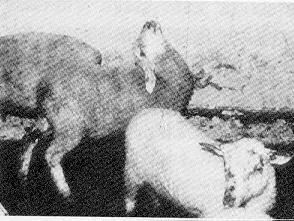 Some animals that are deficient in vitamin B1 also exhibit special postures. For example, the heads of birds, cattle and sheep will shrink back, appearing “looking at the sky”. When Australia’s Gwydir River flooded in 1979, about 57,000 sheep were poisoned by eating large quantities of nardoo that erupted with the flood, and 2,200 died.

So, as long as we don’t go to Australia to eat nardoo, we won’t be poisoned, right?

No, in fact, many ferns and aquatic products have thiamine enzymes in their bodies, didn’t you think? 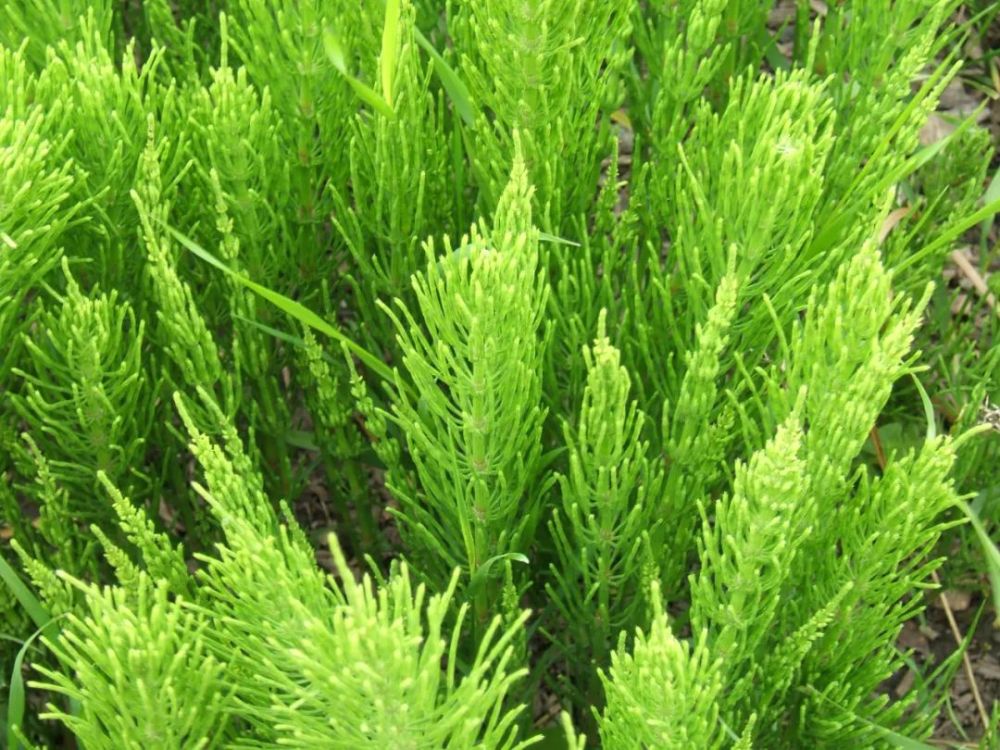 However, among the plants known to contain thiamine enzyme, the thiamine enzyme content of nardoo is undoubtedly second to none, about 100 times that of bracken.

The reason why ferns make thiaminase is well understood. Thiaminase is a “negative calorie” substance. It is better not to eat it, so it is a good Anti-biotic substances that help them fight off predators.

Actually, carpThere are a lot of thiamine enzymes in the body of fish. 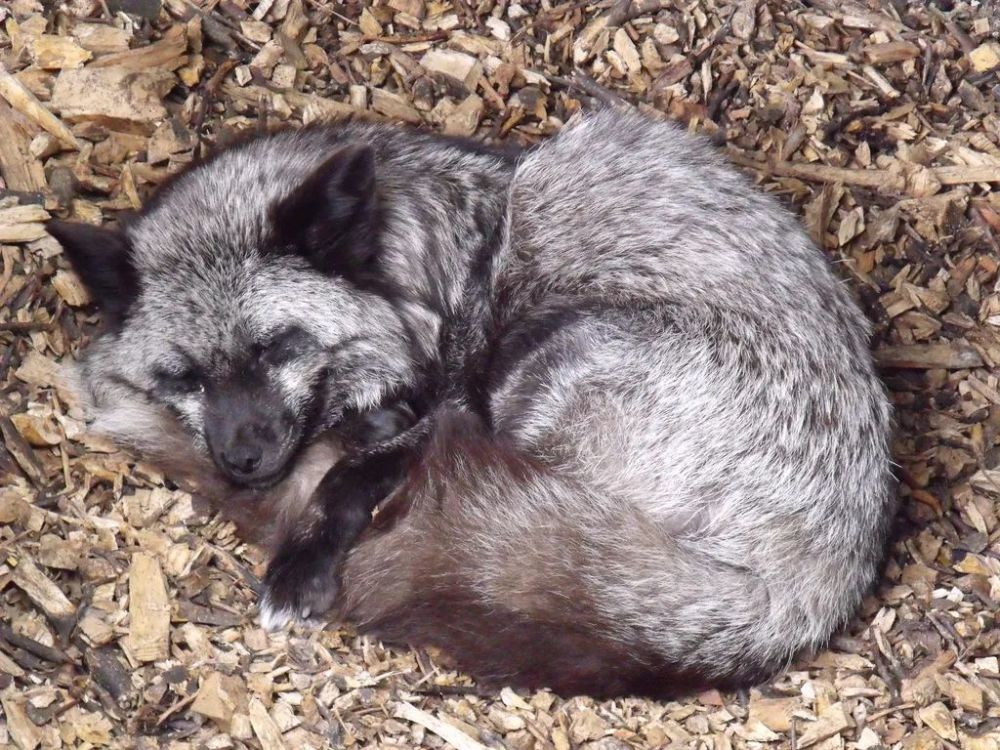 This was discovered in 1941. In 1932, workers in Minnesota, USA, used carp viscera to raise silver foxes for making fox fur. As a result, a large number of foxes were paralyzed and died. Nine years later, researchers who went to investigate found the enzyme thiamine in the carp viscera, which was the fox’s feed, and solved the mystery.

Therefore, if you feed your pet with raw fish or raw guts of carp forage fish (such as goldfish and minnow), your pet may also get sick and die from a lack of vitamin B1.

Later researchers also found that many shellfish (such as clams), crustaceans, and many marine fish also have thiamine enzymes. Therefore, aquariums and aquariums should pay special attention to these “poisonous” feeds when selecting feeds for feeding mammals.

Seeing this, you may think that as long as I eat less of the above things, I will not be deficient in vitamin B1, right? 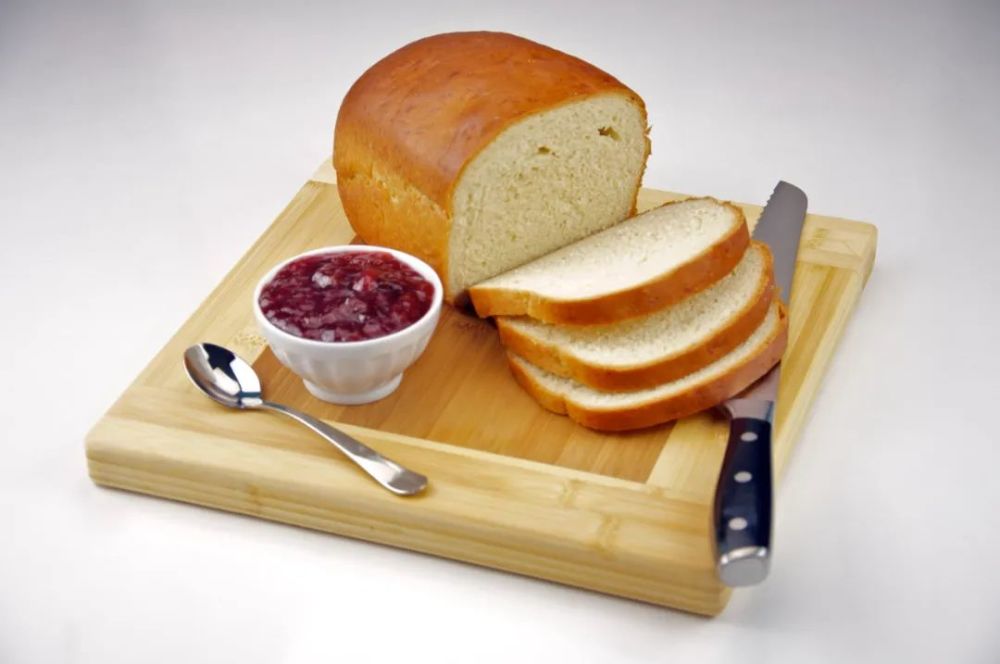 Not necessarily. As long as your diet is dominated by refined carbohydrates, you will also be deficient in vitamin B1.

Actually, beriberi was originally discovered in people who ate only white rice.

It is important to know that most pasta and white rice are deficient in vitamin B1. This is because the vitamin B1 of grains is mainly found in the outer skin and germ of the seeds. removed.

In addition, although vitamin B1 is heat-resistant, it is not alkali-resistant, so the vitamin B1 content of flour products incorporating alkali is further weakened.

Not only are modern humans at risk of vitamin B1 deficiency with their refined carb-loving diet, but many animals are also at risk from human eating habits.

A study published in the Proceedings of the National Academy of Sciences (PNAS) in 2009 suggested that the decline in wild bird populations in Europe may also be related to vitamin B1 deficiency. This is because many bird lovers feed wild birds with leftover bread. This kind of “goodwill” is actually harmful to the birds, because wild birds that are full of refined carbohydrates will no longer struggle to find vitamin B1 richness. food. 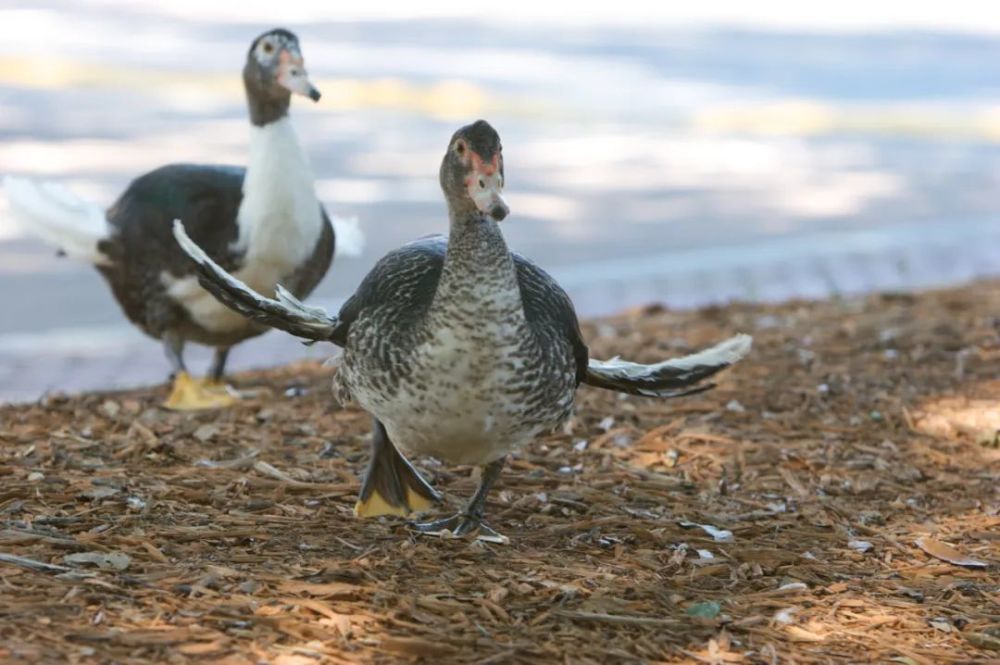 In the absence of vitamin B1 and other essential trace elements, birds develop so-called angel wings. Angel wings cannot be folded and cannot fly. The fate of these crooked birds can be imagined.

In short, negative calorie and pure calorie foods are not healthy foods.