Mr. Fang reported that he brought his family from Jiangxi to Hangzhou for a trip. The mineral water in the hotel room smelled sour, and the child even took a sip.

“Mineral water” in the room

The child took a sip and covered his mouth

At the end of July, Mr. Fang took his wife and son to Hangzhou for a trip and stayed at the Songyin Hotel in Hangzhou Qiyue West Lake. 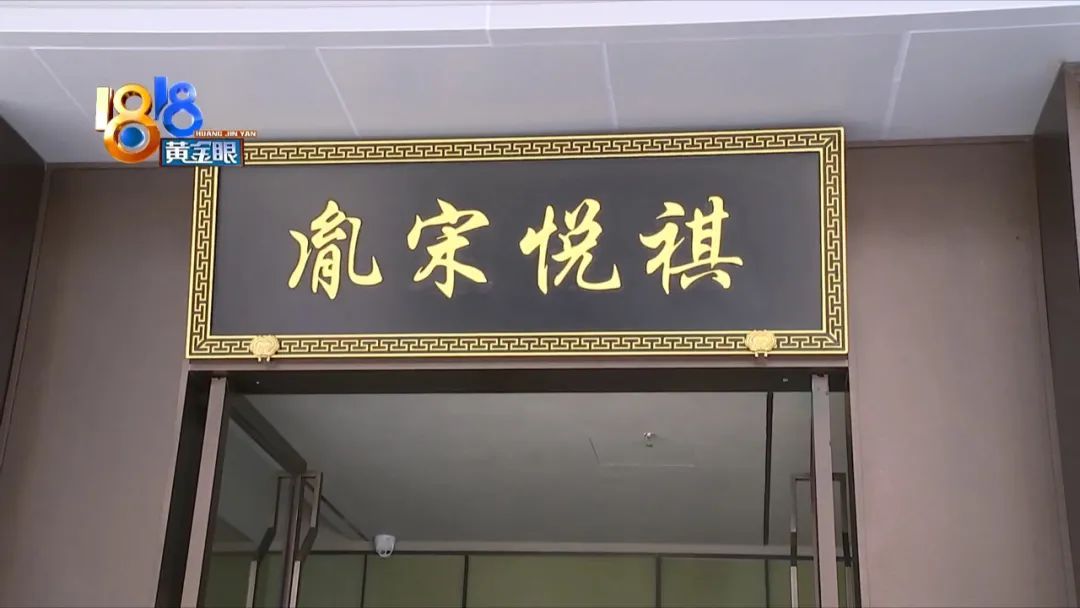 Mr. Fang: “(Afternoon) Checked into the hotel at around 6 o’clock. After checking in, ten minutes after entering, I was thirsty and drank a bottle of mineral water. Both bottles of mineral water were full at that time, and I drank half of it. When I put it in this position, I went to play with my mobile phone. The child was playing in it. Maybe he was too thirsty. He came out and drank water. He didn’t take half of what I drank. He took a new bottle and the water was full. After the child opened it, he took a sip, and immediately covered his mouth without speaking. He said that the water was sour when he moved in this direction.”

Mr. Fang’s son: “It’s like this. I opened it and drank it. After taking a sip, it was very sour. (The bottle cap at that time) was opened.” Mr. Fang took out the plastic bottle with an unknown liquid. In terms of appearance, it was no different from the mineral water next to it. The liquid inside was also clear and transparent. There was a handwritten label on the bottle: “white vinegar”.

Mr. Fang: “At that time, there was a label here, but the label was facing inward and no one was paying attention.” 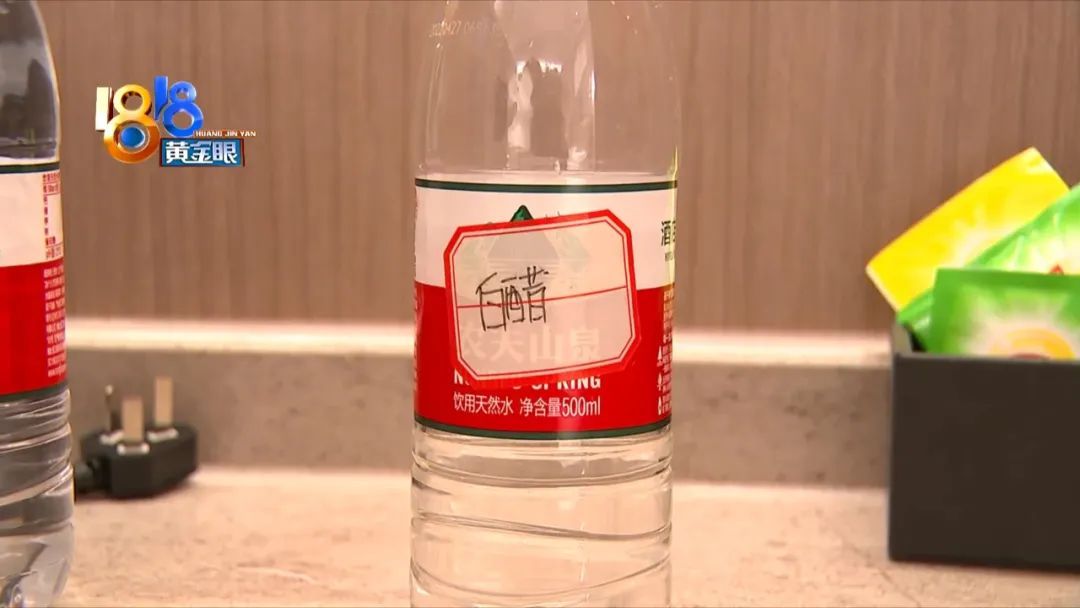 Now, only half of the liquid is left in the bottle, Mr. Fang said, and the other half has been provided to the hotel. The reporter opened it and smelled it, and there was an obvious sour taste and a little bit like alcohol.

Mr. Fang: “I myself am in the hotel industry. According to my experience, (this is) what my aunt wants to clean the room. The hotel says it is used to clean kettles, ceramics and toilets. If Auntie’s work habit is to mix various detergents in it, but the hotel told me that they don’t know what it contains, so we are worried about the health of the children.” 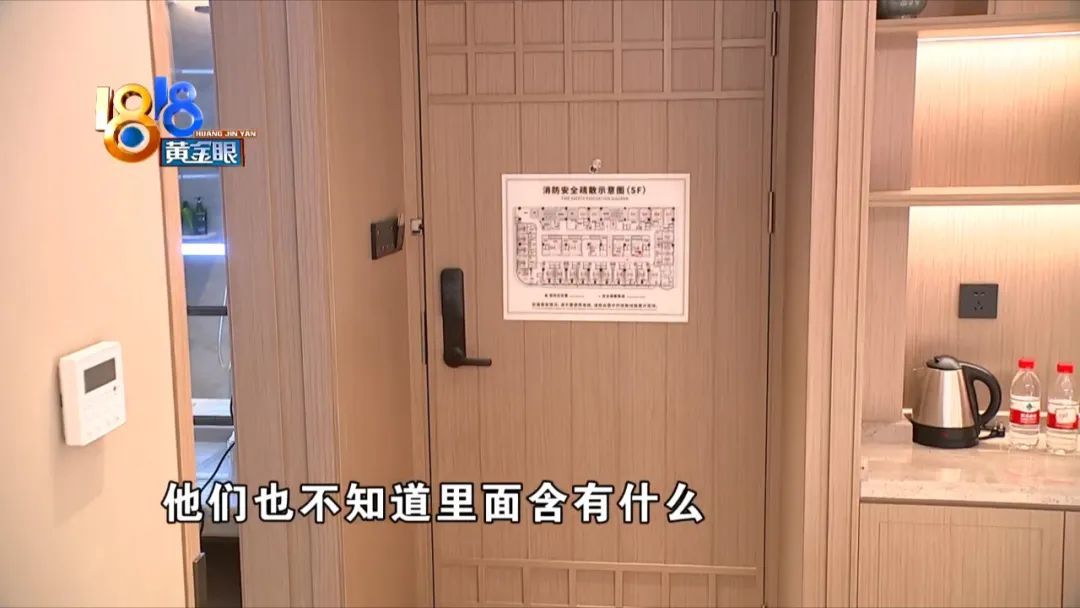 Mr. Fang took out a few test reports from the Children’s Hospital of Zhejiang University. The hospital tested the child’s blood. Most of the indicators were within the reference range, and no medical certificate was issued.

Mr. Fang: “The doctor said they don’t know what ingredients are in it, so they can’t make a judgment. They can only observe first, or force the stomach to lavage. At present, the blood is normal. (My) biggest request is to find out. What ingredients are in it, we can leave with confidence, if it is pure white vinegar, which is harmless to the human body, we do not need any compensation.” 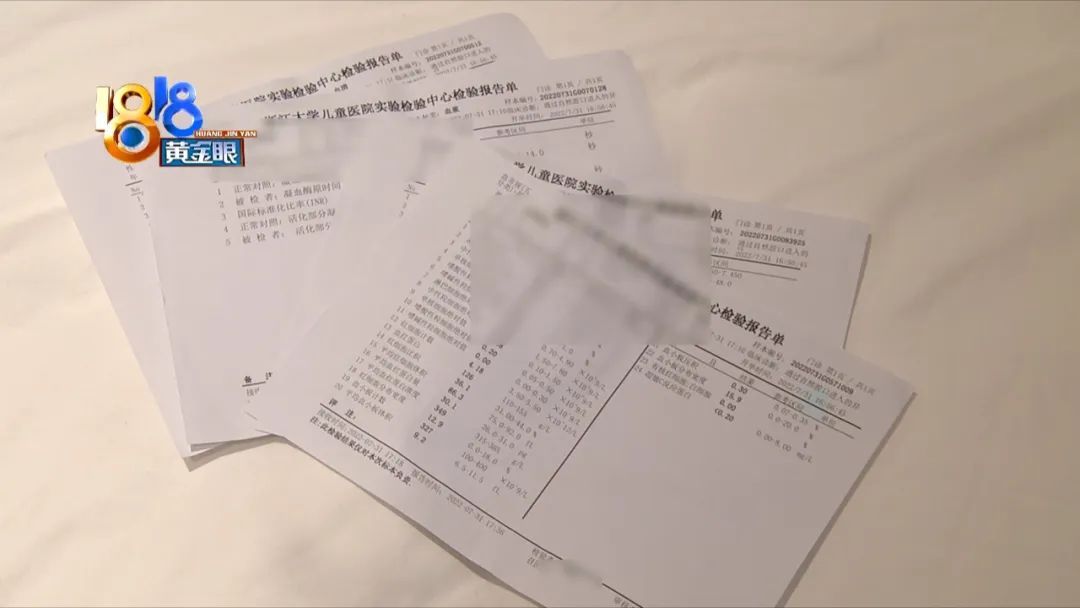 Mr. Fang said that he has been negotiating with the hotel for the past few days, and the composition of the liquid has not yet been figured out, but yesterday a stranger suddenly appeared in the room.

Mr. Fang: “Yesterday (noon) at 12:35, a man was not wearing overalls and was holding a master card. The hotel told me that it was the master card, that is, the card for the entire floor. He opened the door without knocking, and then He stuck his head in and looked at us for a few seconds, he said something about the air conditioner, slammed the door shut and left, the hotel said it was someone from outside, not the hotel staff, I suspect he was here to steal my place bottled water.” 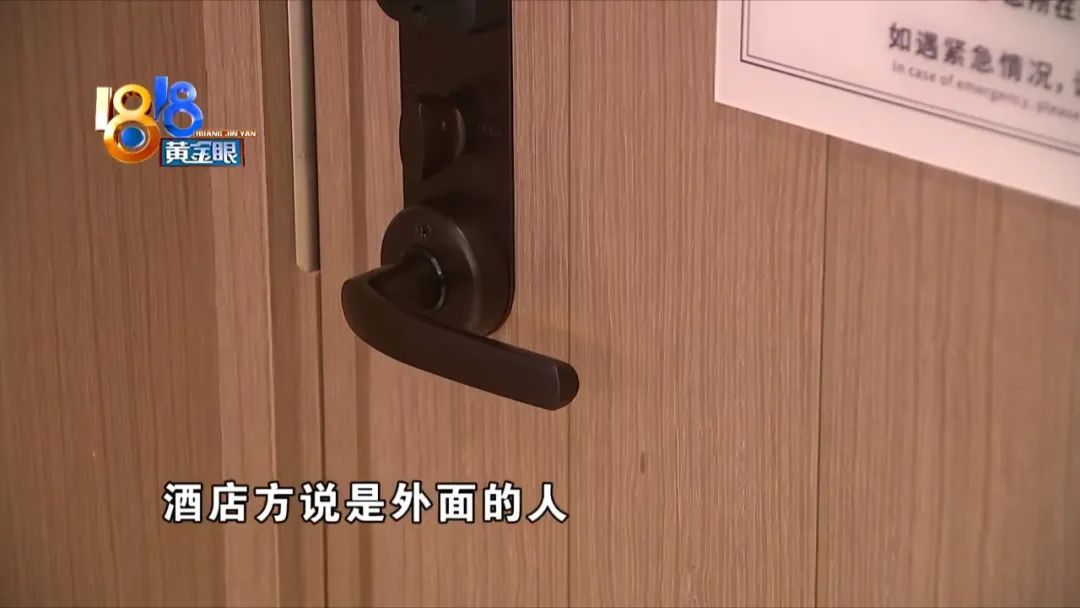 The staff at the front desk of Hangzhou Qiyue West Lake Songyin Hotel: “We do not accept interviews. It is not convenient for you to go out. I directly called the security guard to come here.”

After a while, a person in charge of the cleaning department came to the front desk and said that the incident was indeed caused by the negligence of the cleaning aunt. The only liquid in the bottle was white vinegar. At this time, the staff of the Hubin Market Supervision and Management Office in Shangcheng District, Hangzhou also rushed to the scene.

Liquid composition to be tested

The staff of the Hubin Market Supervision and Management Office in Shangcheng District, Hangzhou City: “I’m now contacting the testing company to see if I can send it for inspection. (Head of the Cleaning Department of Hangzhou Qiyue West Lake Songyin Hotel: Yes.) We also compare the inside of our bureau. Pay attention to this matter and put consumers first.”

The person in charge of the cleaning department of Hangzhou Qiyue West Lake Songyin Hotel: “The only thing that cleans the kettle is white vinegar. (Will other disinfectants be added?) No, don’t worry, my white vinegar is still there, If you have opened the bottle, you can smell it, it is exactly the same as this one, the vinegar has a little alcohol smell.” 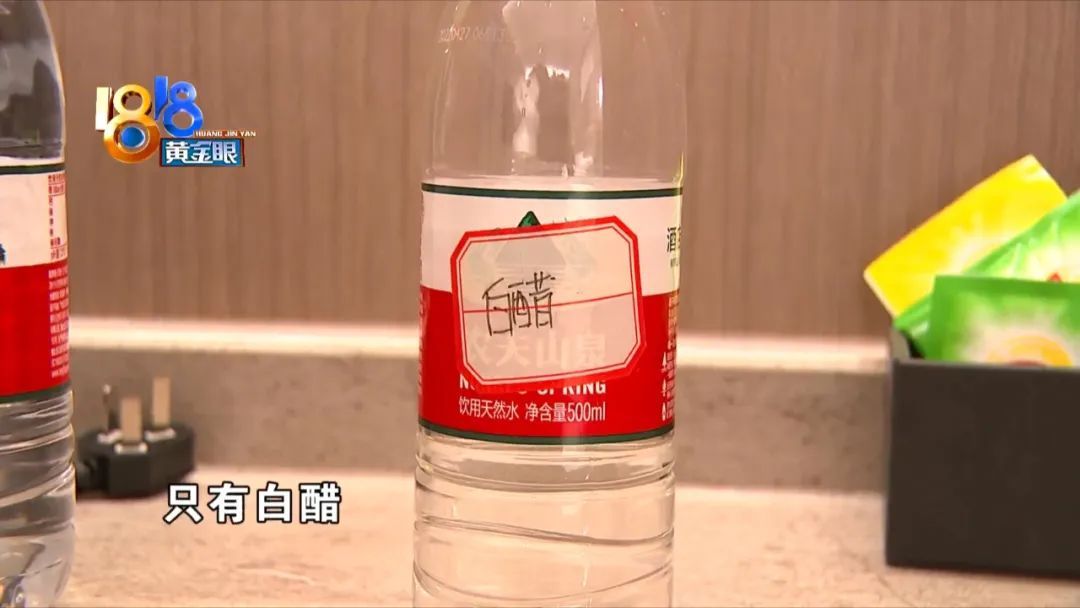 The person in charge of cleaning brought reporters to the equipment on the 4th floorIn the meantime, I took out a bucket of Shanxi white vinegar that was half filled. 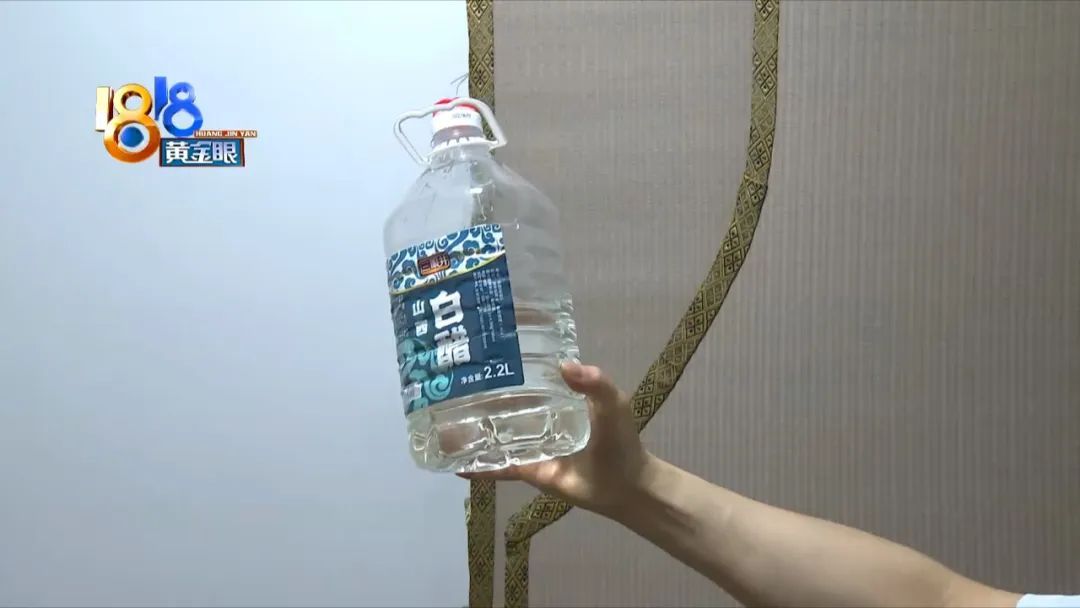 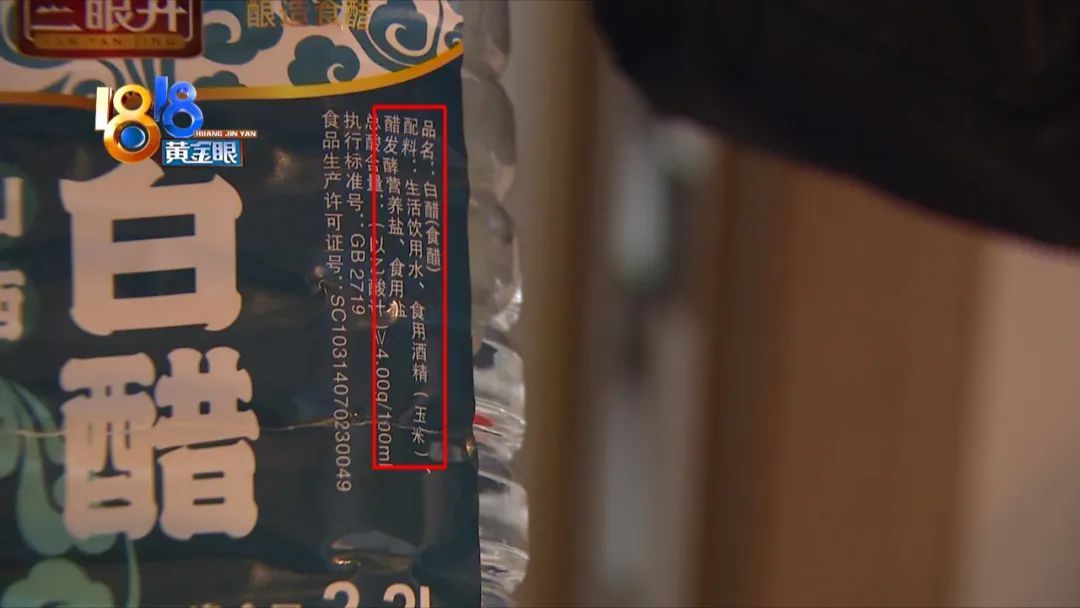 The person in charge of hotel cleaning came to a cleaning car in the corridor. She said that under normal circumstances, the drinking water in the room and the bottle of “white vinegar” will be placed on the car, but in different locations.

Head of the cleaning department of Hangzhou Qiyue West Lake Songyin Hotel: “We usually put it here, or put it in a small bag next to it, every car has it, because the kettle is disinfected every day, this eldest sister It’s new, she put it there.” 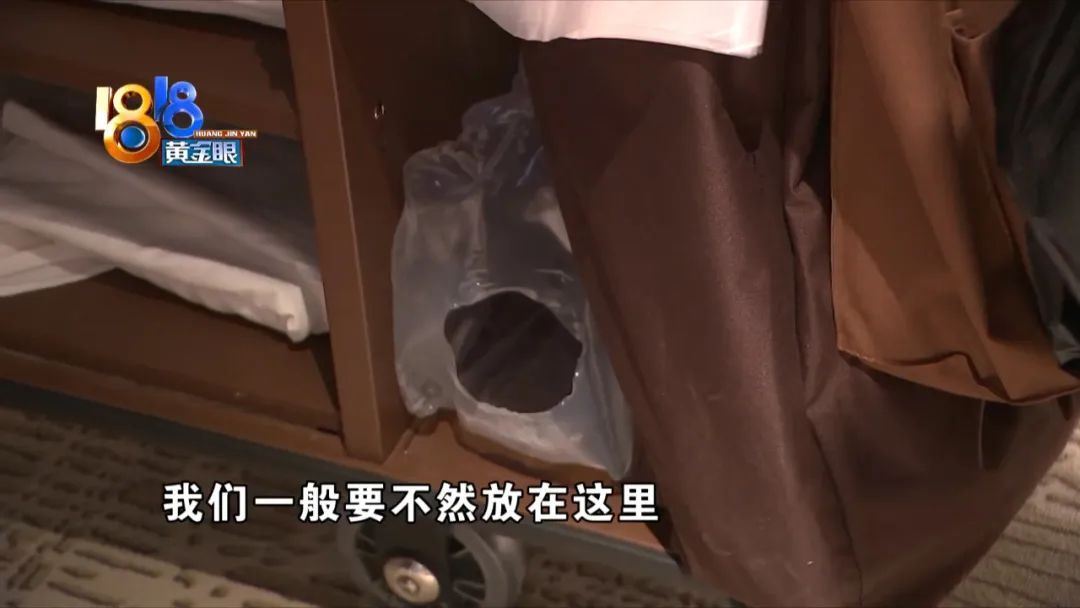 The eldest sister who released the water was cleaning a room. She said that she had worked in other hotels before and was just transferred a few days ago, so she was not familiar with the placement of many utensils.

The staff of the cleaning department of Hangzhou Qiyue West Lake Songyin Hotel: “On my first day, I used to be in the old shop. I regarded it as mineral water. There were words on it. When I took it, it was still full of vinegar. I didn’t put it on the car.” The person in charge of cleaning said that she filled the vinegar and put it into the cleaning car. She understands Mr. Fang’s mood very well and is willing to cooperate with relevant tests.

Mr. Fang: “Our request is that the relevant law enforcement agencies can return the hotel’s innocence and give us a reassurance that if it is pure white vinegar, no additional compensation from the hotel is required.” 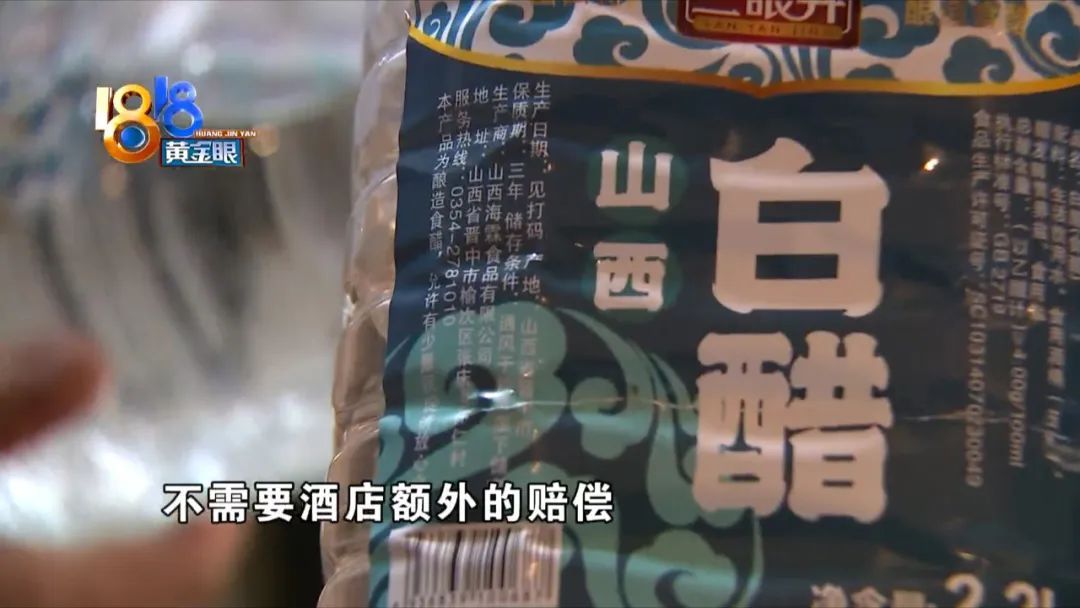 Mr. Fang expressed that he could not accept the incident of the man entering the room by mistake. The reporter went back to the front desk for verification.

The front desk staff of Hangzhou Qiyue West Lake Songyin Hotel: “The person from the engineering department, because he doesn’t know the (room number), he wants to repair the air conditioner, because the engineer is an older man.” 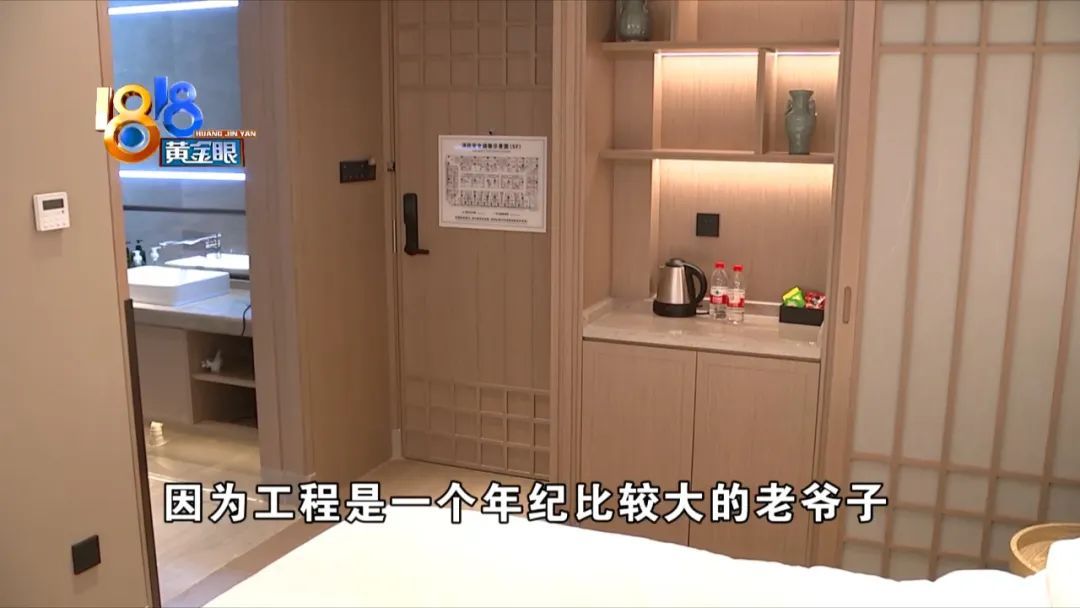 The staff of the Hubin Market Supervision and Management Office in Shangcheng District, Hangzhou said that the relevant liquid will be sampled and sent for inspection next. Mr. Fang expressed his acceptance, but will continue to negotiate with the hotel regarding the staff member’s mistaken entry.