While people are still discussing

while “learning difficulties” can be cured 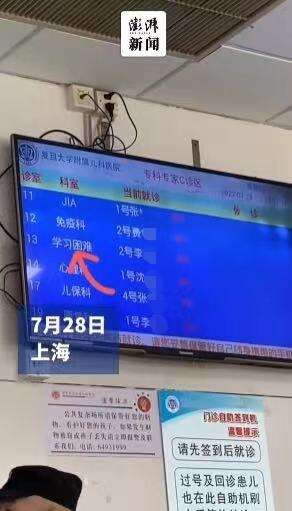 “It’s the first time I heard about such a department, and I’ve seen it for a long time”

“If only I had it when I was a child” 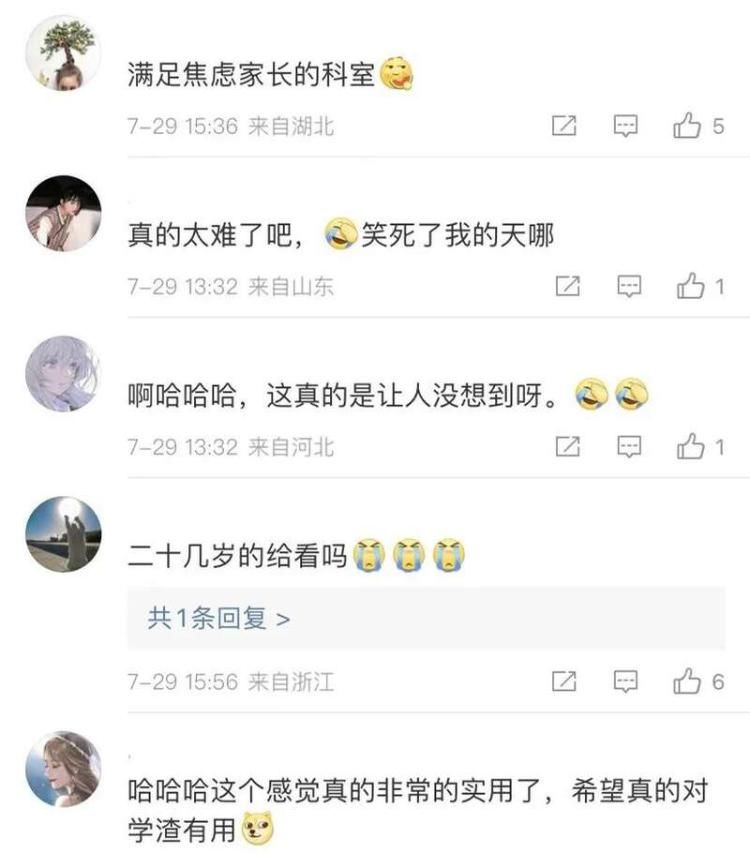 “Look at the department that has difficulty in work? ”

On August 1, The Paper reporters inquired at the Internet Hospital of the Children’s Hospital Affiliated to Fudan University and found that the “learning difficulties” clinic belongs to the Department of Psychology, < strong>The clinic is only open every Thursday at 1:30 pm, with a limit of 20 people and a fee of 25 yuan.

Currently, the appointments of the Learning Difficulty Clinic are very busy >, the reporter saw that the number sources for August 4th and August 11th that can be reserved online have been sold out, and the reservation can be described as “hard to find number one”.

Although netizens expressed their “difficulty in learning” There are all sorts of sympathetic ridicule, but the medical reasons behind it deserve more serious consideration. 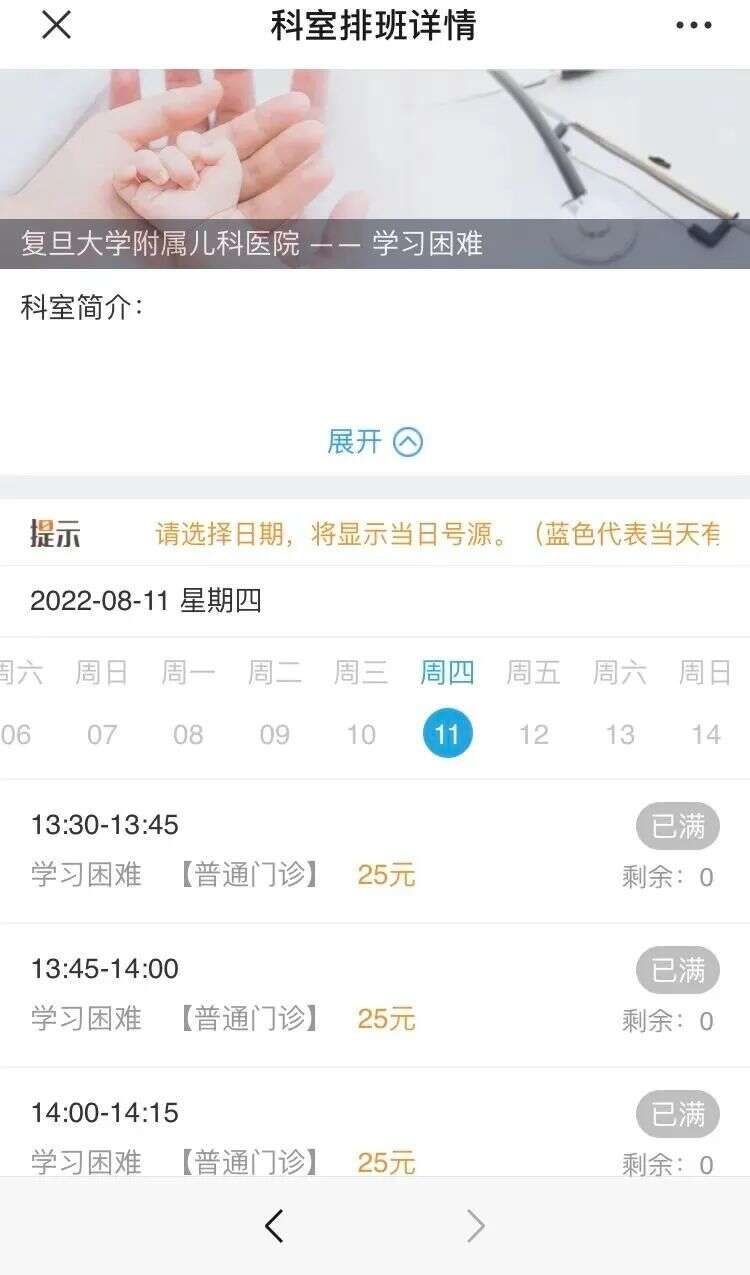 On August 1, the Internet Hospital of Fudan Children’s Hospital showed that the “Learning Difficulty” clinic on August 11 was fully booked.

On August 1, the official WeChat account of the Department of Psychology of Fudan Children’s Hospital responded to the learning difficulties clinic. “Revelation” was done. The doctor in charge of the relevant department bluntly stated that learning difficulties are the result of many factors that lead to children’s poor learning status and poor grades.

Department of Psychology, Fudan Pediatric Hospital According to research reports at home and abroad, the incidence of learning difficulties is about 20%, and the number of boys is more than that of girls.

“Among them, suffering from ‘attention deficit hyperactivity disorder’ ‘Children’ are the most common cases in our outpatient clinic. Because of their imperfect neurodevelopment, these children have difficulty in concentrating their attention, resulting in easy distraction, daze, and fear of difficulties when studying, which affects their academic performance. “The doctor said.

Another common condition is “learning disabilities” (including dyslexia, writing disabilities, math disabilities, etc.), these children although normal intelligence, but in a specific Lagging development in learning ability affects the corresponding academic performance.

The doctor said that these two types of children are often misunderstood by parents and teachers as “elementary scum” or “little slackers” who do not like to learn “. But in fact, after regular treatment, including drug therapy, behavioral therapy, professional rehabilitation training, etc., the situation of these children can be greatly improved, and even from “student scum” to “student master”.

In addition, there are some broader neurodevelopmental problems, such as “mental retardation”, “autism spectrum disorder”, etc., which have a greater impact on learning. The doctor said If such children can participate in professional rehabilitation training and cooperate with teaching assistance, they can also make significant progress.

“Among the children who came to the outpatient learning difficulties clinic, there were about three One out of 10 had some emotional and mental disorders, such as ‘school adjustment disorder’, ‘anxiety and depression’ and so on. The doctor said that especially in the middle school stage, the proportion of children with emotional problems is very high. Under the influence of anxiety, tension and low mood, children lead to loss of energy, inability to concentrate, easy to give up when encountering difficulties, lack of self-confidence, and lack of self-confidence. The state of learning has a great impact.

“Many children are even addicted to the Internet after being hit by emotional problems and learning regression, lose interest in learning, fight against adults, and are misunderstood by parents and teachers as ‘ Adolescent rebellion’. “The doctor said.

Faced with children with emotional problems, doctors usually provide comprehensive treatment, mobilize the child’s family and school to provide psychological support to the child, and then cooperate with professional drug therapy and psychotherapy, so that the The children’s learning and psychology are back on track.

“Of course, we will still encounter many children with learning difficulties. In fact, the children themselves do not have much difficulties, but when parents are inappropriate Educational methods, or under the influence of an inappropriate learning environment, did not achieve the ideal learning state. ” said the doctor.

For example, some families arrange too heavy a learning burden for their children, and there is no time for exercise and play; Some families have a noisy learning environment, and it is difficult for children to study quietly.

The reporter saw on the official website of Fudan Pediatric Hospital that the Psychology Department of the hospital mainly targets children and adolescents aged 0-18 For the diagnosis and treatment of various psycho-behavioral problems and mental disorders, in addition to the learning difficulties clinic, there are also psychological counseling clinics, attention clinics, autism and psychological development clinics, chronic pain and feeding disorders clinics.