“Jiangnan gardens are the best in the world, Suzhou gardens are the best in Jiangnan”. When traveling to Suzhou, you must not miss the gardens here, especially those famous and representative gardens, such as Tongli Ancient Town, one of the first ten famous historical and cultural towns in China. Si Garden is a must-see attraction not to be missed.

< span>There is heaven above, and Suzhou and Hangzhou below. Suzhou has always been a prosperous place in the south of the Yangtze River, and it is also a paradise on earth that people yearn for. It has a beautiful environment and is mostly the residence of dignitaries and nobles. As an important cultural card of Suzhou, the garden is world-renowned. It is different from the style and grandeur of the northern royal gardens, as well as the exquisiteness and beauty of the Lingnan gardens, but it contains the most advanced aesthetics of the Chinese people, simple and elegant, exquisite and beautiful, and stepping into it is like breaking into an ancient rhyme. The picture scroll is general, poetic and picturesque, blowing in the face. 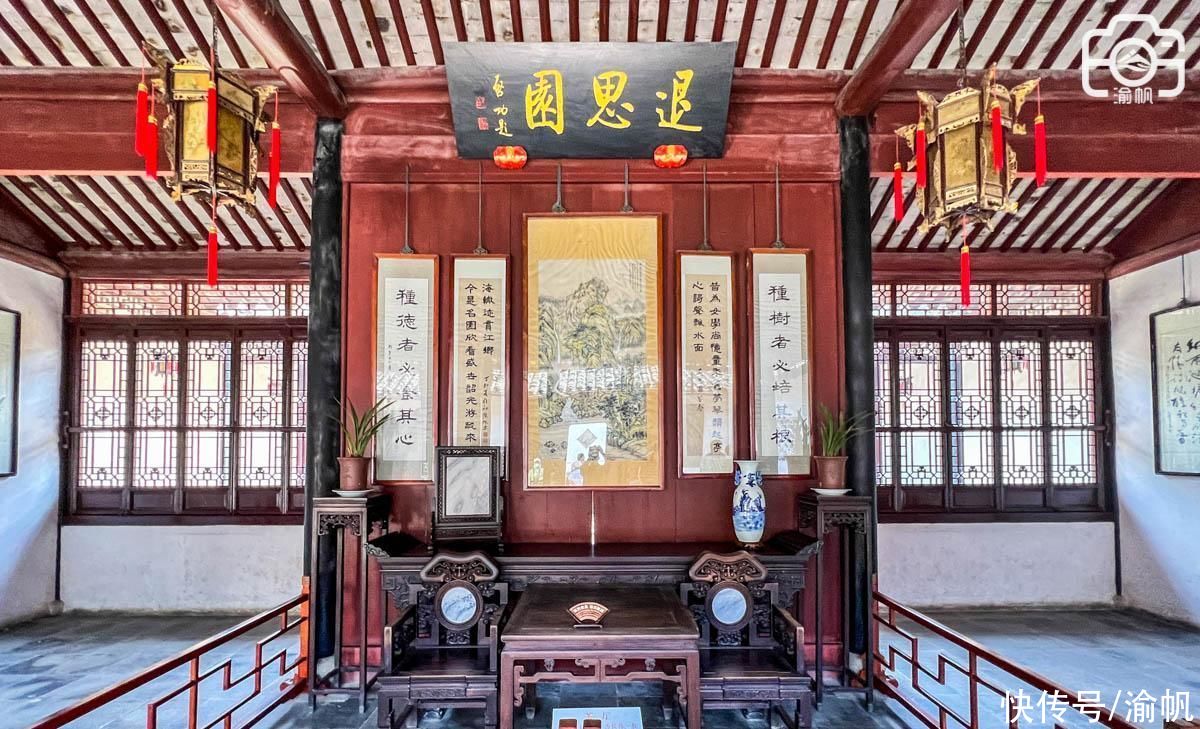 < span>A Suzhou city, half the history of gardens! There are many gardens in Suzhou, but there are not many that can be rated as national key cultural relics protection units and world cultural heritage at the same time (only 9 gardens are listed in the world cultural heritage). They are all the leaders and pride of Chinese garden culture. Siyuan is one of them. 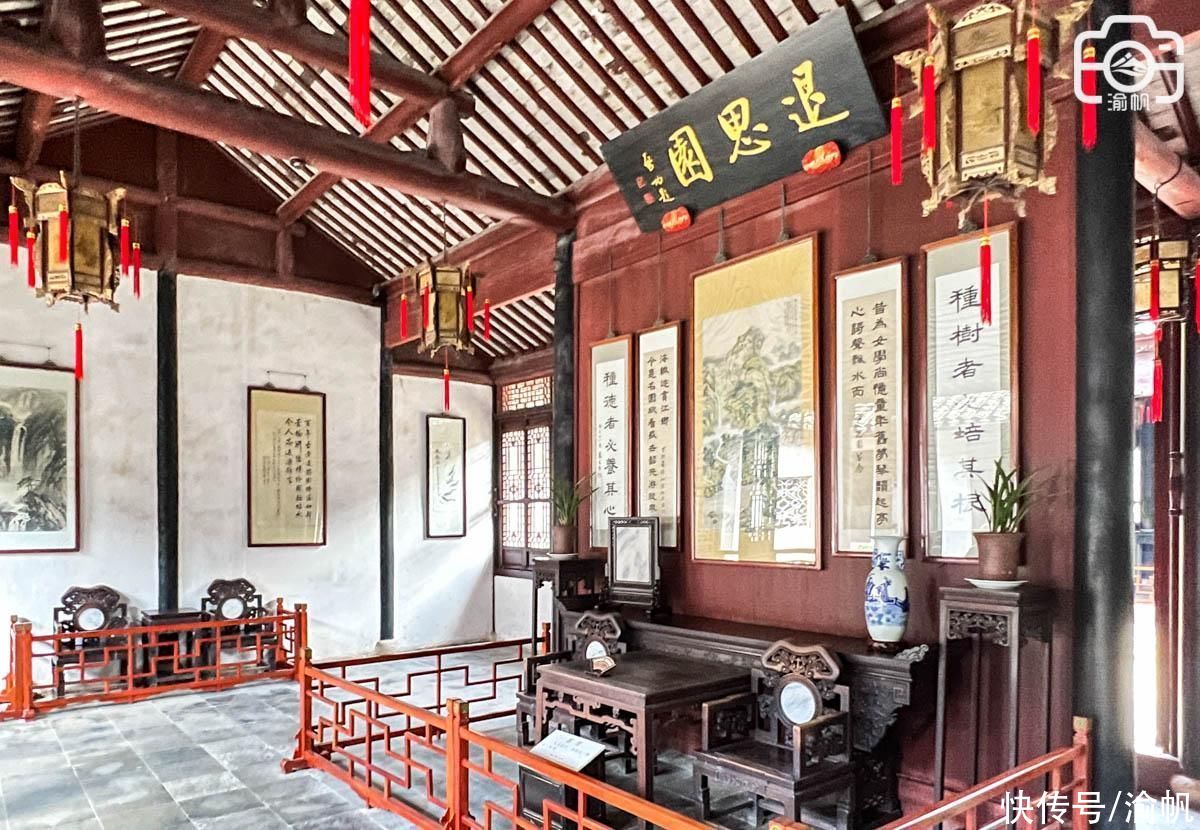 < span>Tuisi Garden was built in the 11th year of Guangxu in the Qing Dynasty, and has a history of more than 130 years. It follows the characteristics of Suzhou gardens, such as stacking stones and water, rational layout, and pursuit of poetic and picturesque. With the pool as the center, the garden is built on the water, forming a garden landscape effect floating in the water. It is unique and can be called a unique Chinese garden. 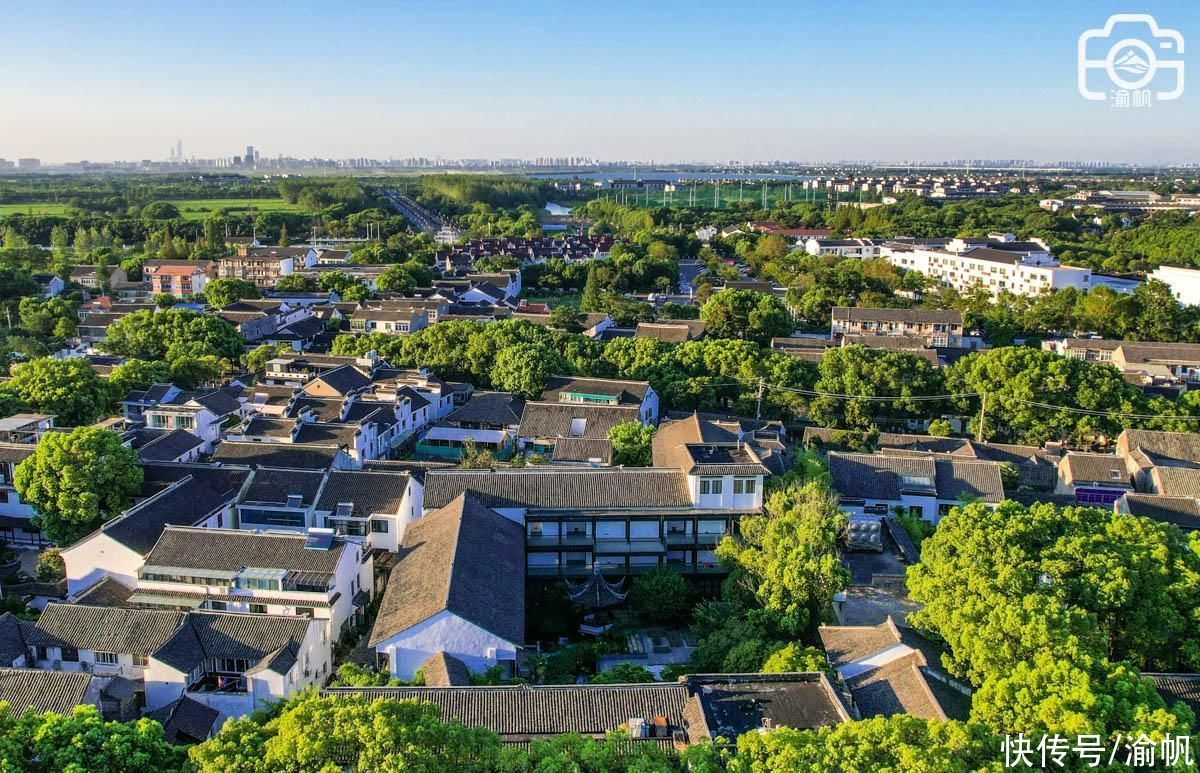 < span>Tongli is an ancient town with a long history and outstanding people. Since the Song Dynasty, there has been a champion, 45 scholars, and 90 civil and military scholars, so there are many former residences of famous people, and the Retreat Garden is one of the classics. It is the former residence of Ren Lansheng, the inspector of the Qing Dynasty. 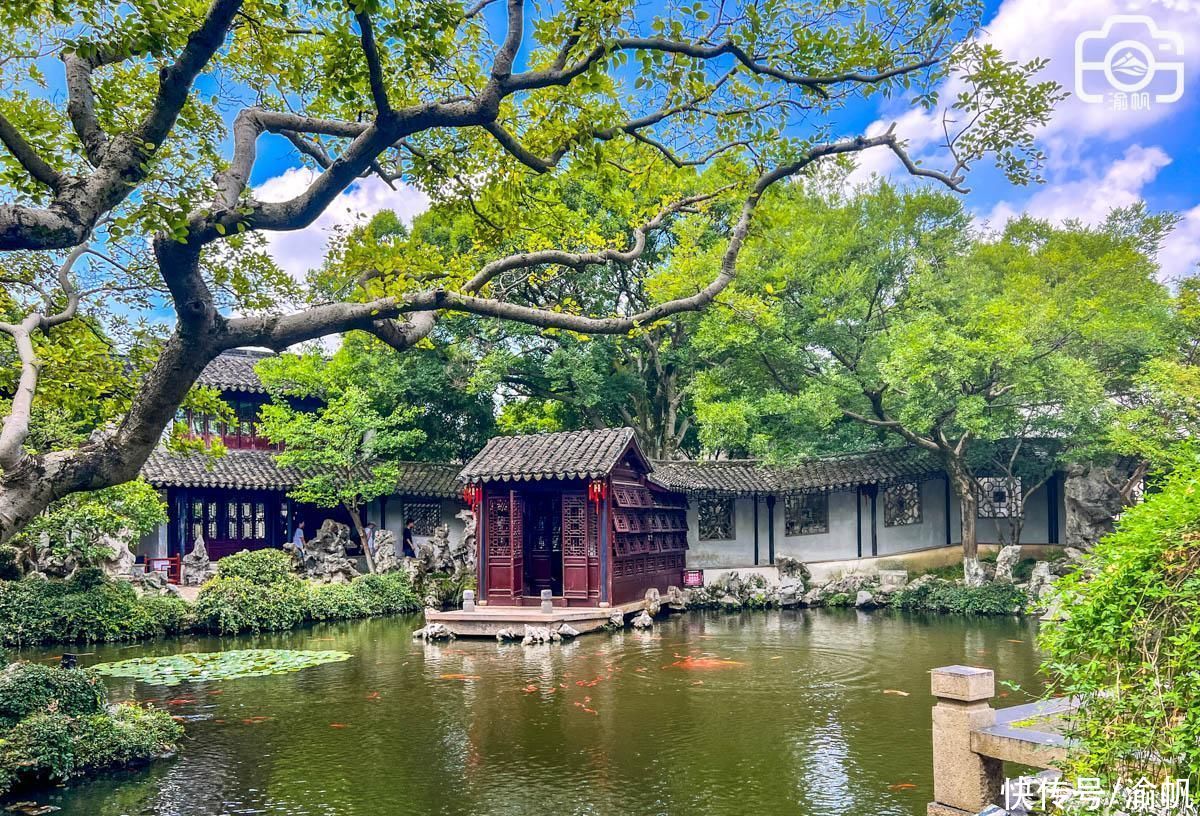 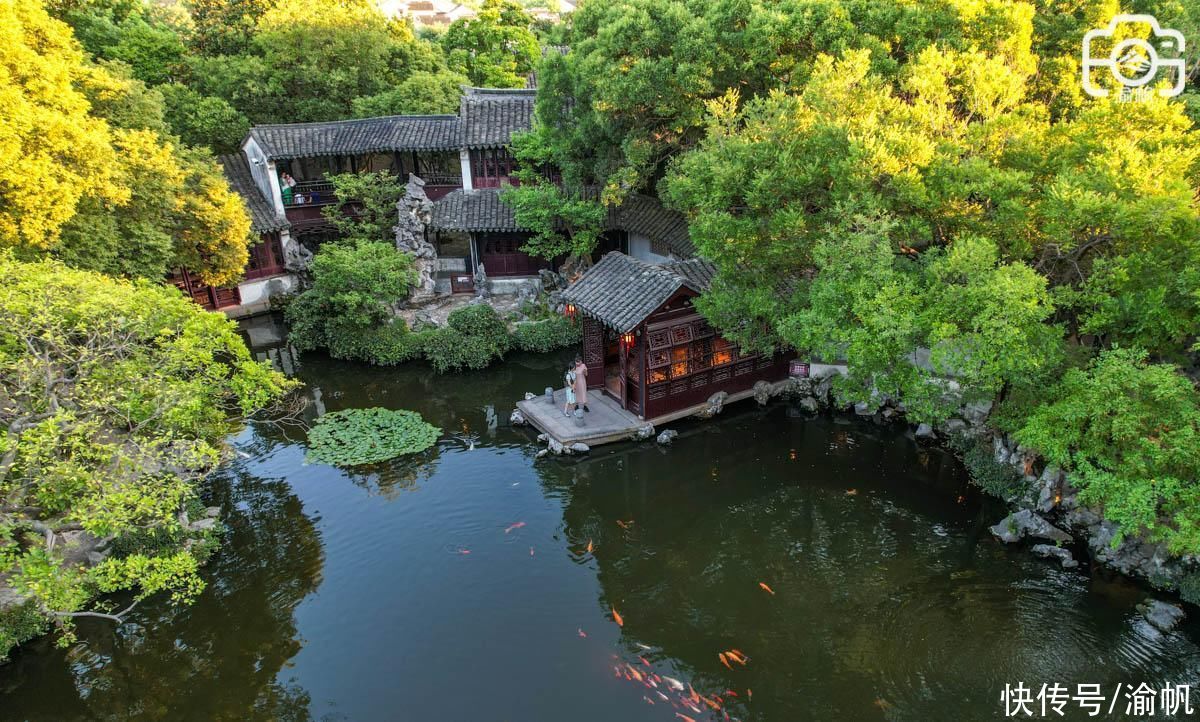 < span>Tuisi Garden was built between the eleventh and thirteenth year of Guangxu in the Qing Dynasty. The designer was Yuan Long, a famous painter and gardener at that time. The paintings are all integrated into the garden, fully bringing together the most advanced design concepts and the skills of skilled craftsmen at that time.Hardworking and intelligent. 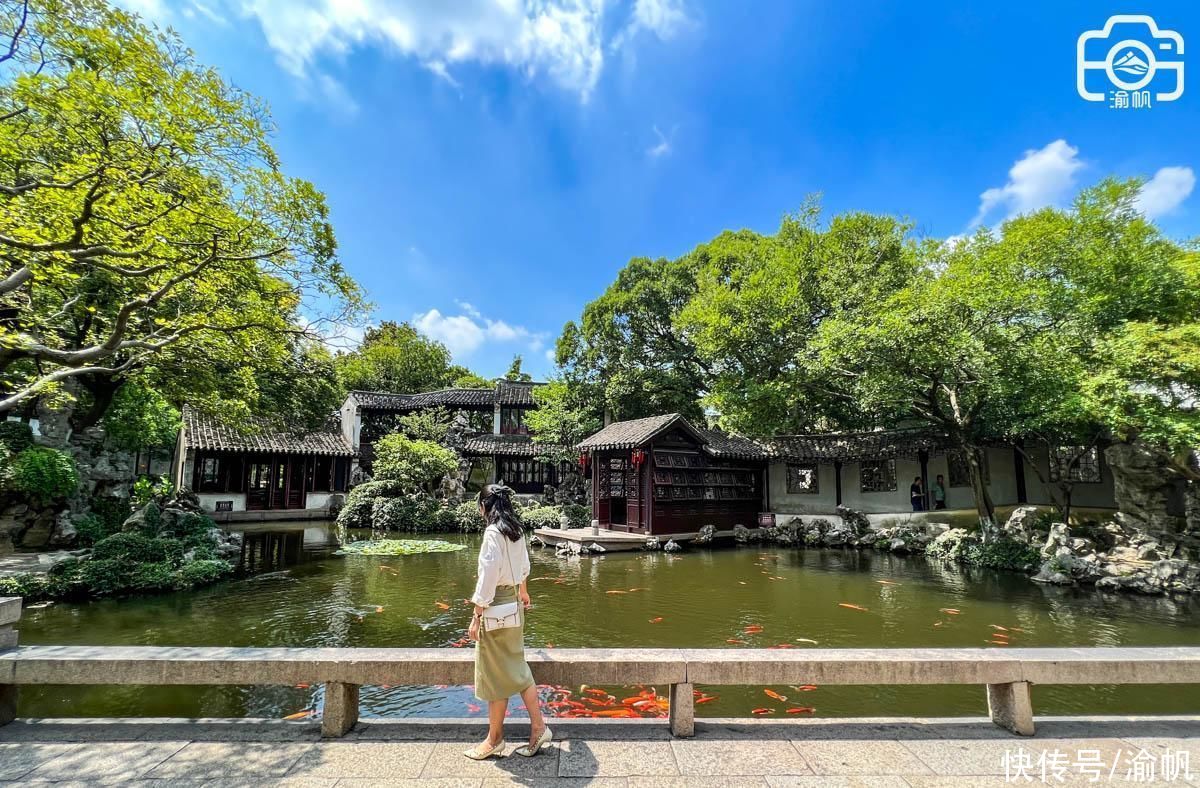 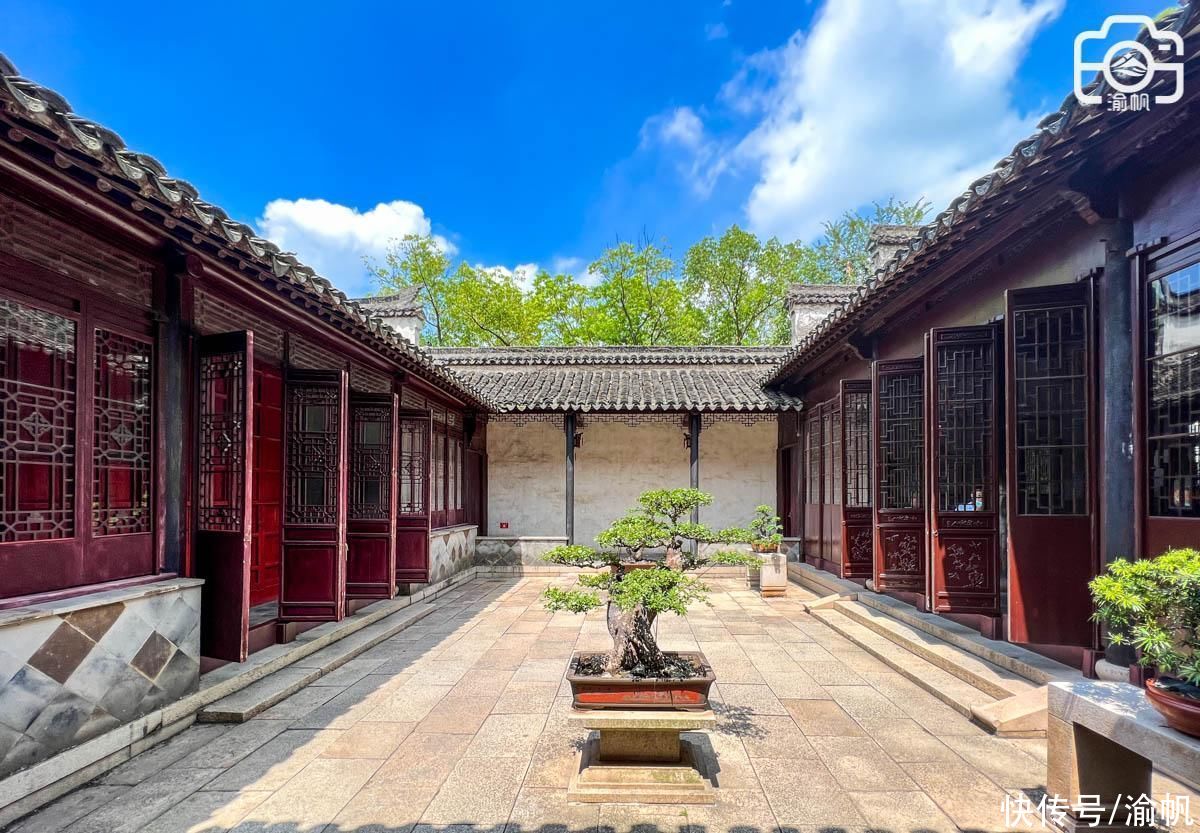 < span>Ren Lansheng, the owner of Retreat Garden, was an official to Fengying Liusi at that time, and he was diligent and effective when he was in charge of Anhui. Empress Dowager Cixi was furious when she heard about the crime of corruption and bribery, and wanted to ask Ren Lansheng for the crime in person. 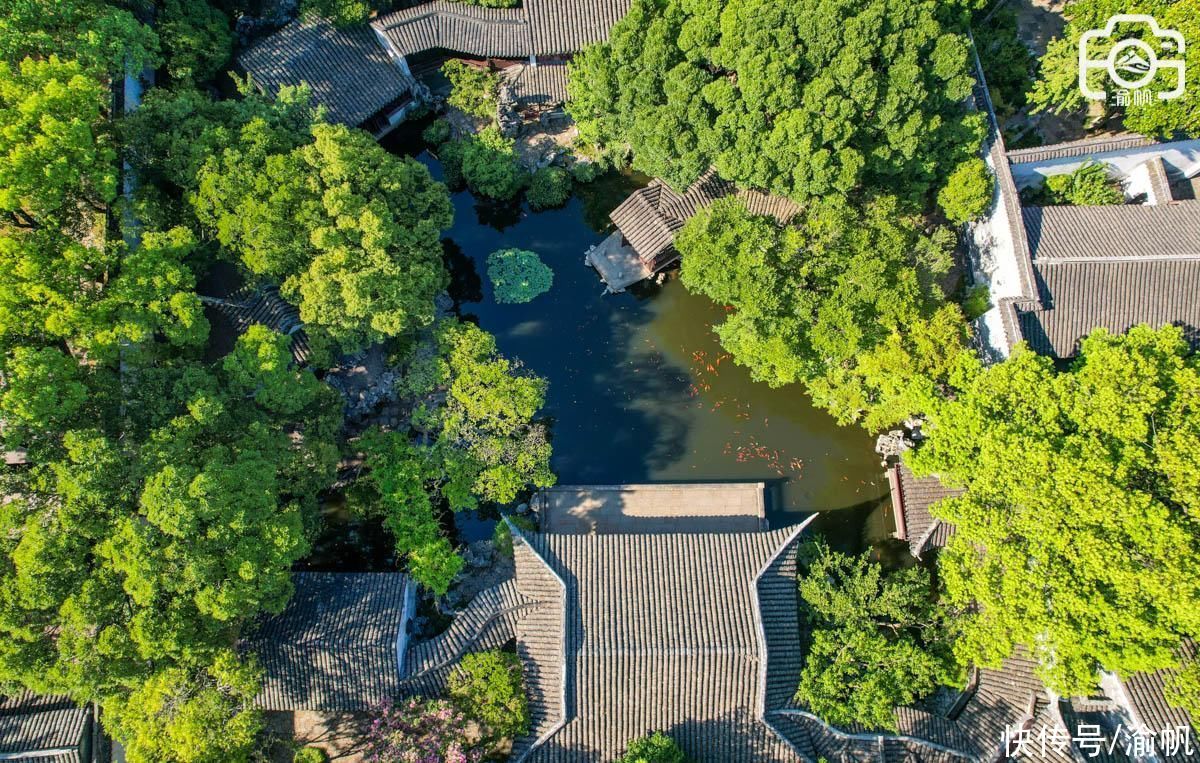 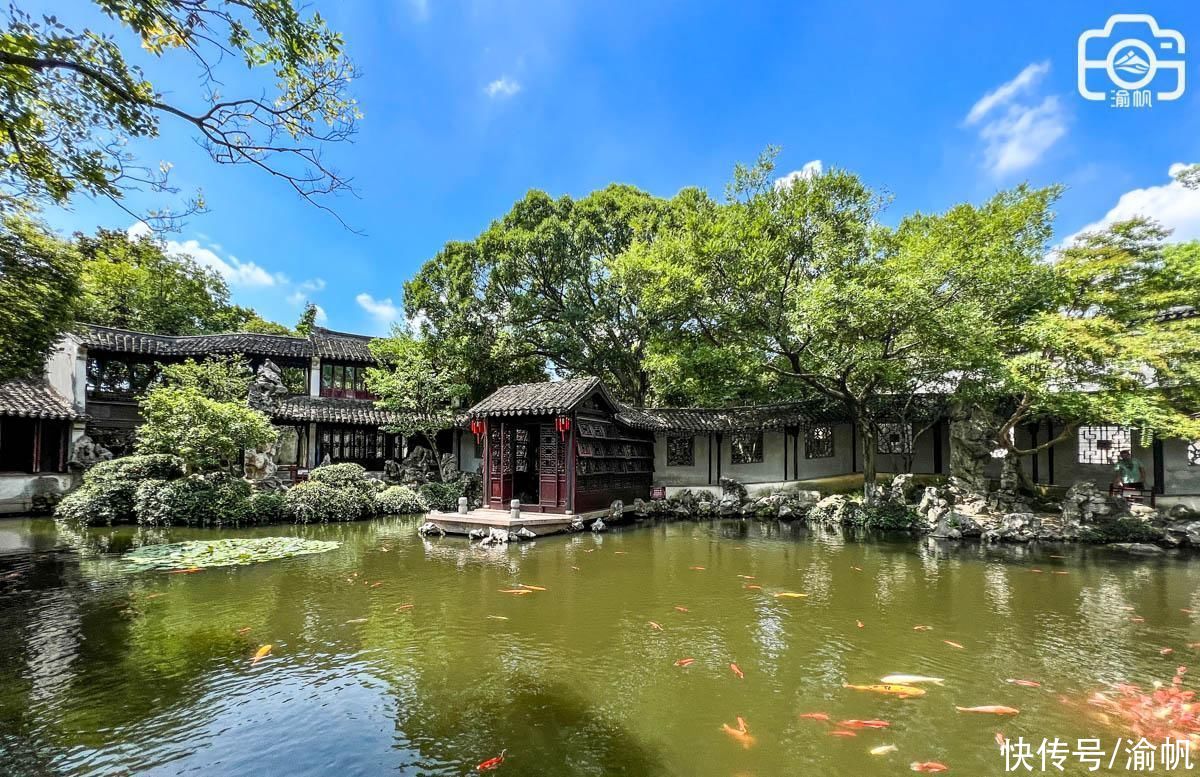 < span>At this time, Ren Lansheng’s official friends Zuo Zongtang and Peng Yulin came up with an idea for him. When the Empress Dowager Cixi talked to him, he only said eight words: “Be loyal to your thoughts, and make up for your mistakes.” Ren Lansheng felt that it was very reasonable. Too much refutation will only anger Cixi, and blind silence may be regarded as Default on charges. Later, when Ren Lansheng faced Cixi’s scolding, he only responded with “yes”. Seeing Ren Lansheng’s attitude, Cixi’s anger slowly subsided. Finally, he asked Ren Lansheng what you think should be done. Ren Lansheng replied: “Sincerely and faithfully, Retreat and make up for it.” In just eight words, Ren Lansheng’s life was saved. The eight words quoted from Zuo Zhuan later became the name of the garden he built when he cut his job and went home to build this garden – Retreat Garden, to show his determination to reflect on himself. 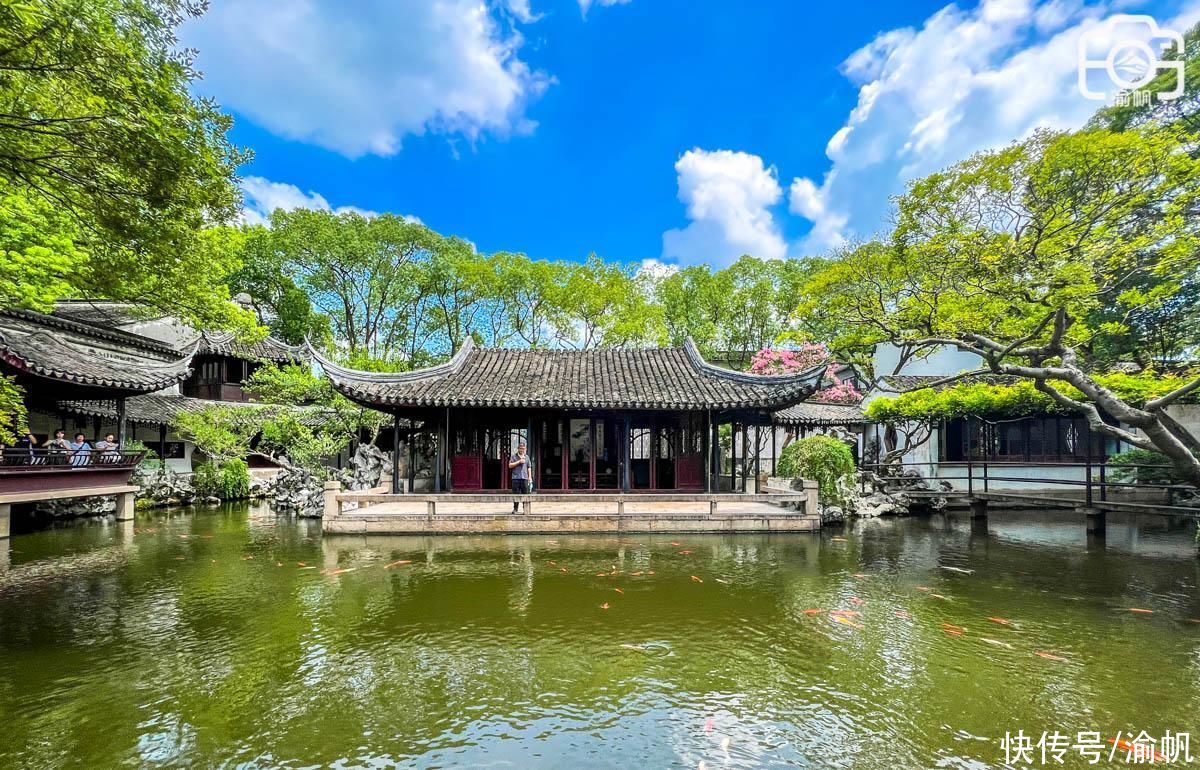 < span>Tuisi Garden is not large, covering an area of ​​less than ten acres. The horizontal layout, from west to east, consists of four groups of buildings with different styles, the left is the house, the middle is the courtyard, and the right is the garden. In a limited space, there are as many pavilions and pavilions. Each building can form a scene by itself and echo with other landscapes. It can be called a classic in the classical gardens in the south of the Yangtze River. 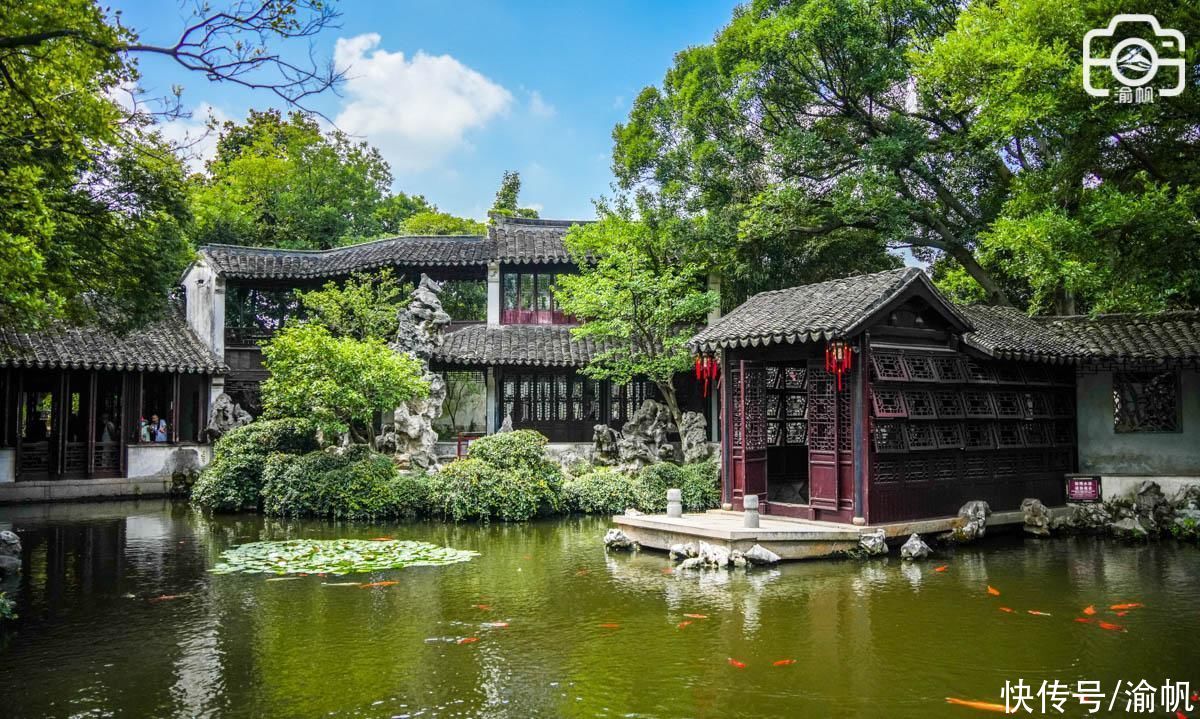 < span> There are many interesting buildings in Retreat Garden, such as the Range Rover Pavilion, which is an irregular pentagon-shaped loft. The design is adapted to local conditions. The first one, the building is shaped like a boat, but has a head and no tail. It is supported by lake stones and is half immersed in blue waves. It cleverly brings the characteristics of Jiangnan water towns into the garden. Another example is the Liangyu Pavilion, which is built against the water. , A place to enjoy flowers and listen to the rain. It is particularly worth mentioning that there is an oversized mirror in the Xuan, which was brought back from Germany by Ren Chuanxin, the second owner of Tuisi Garden. After a hundred years, it is still clear and well preserved, which is very rare. 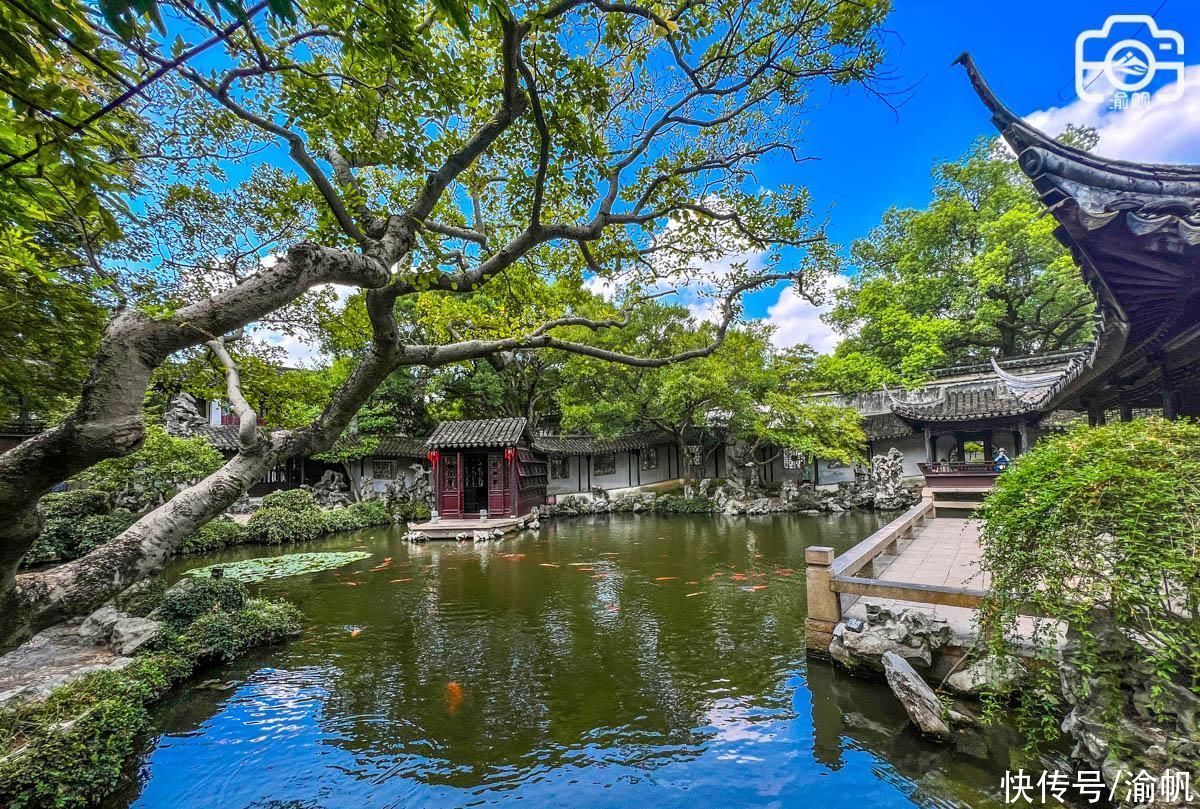 < span>As a world cultural heritage, Retreat Garden is impressive for its ingenious conception, gorgeous production, elegant taste, and richness of thinking, whether it is from landscaping art to architectural sketches, or from poetry couplets to arts and crafts , Although the garden is not big, Yu Fan has entered it three times and taken aerial photography twice.