Recently, the Learning Difficulty Clinic of the Children’s Hospital Affiliated to Fudan University has exploded. At present, all the appointment numbers for the Learning Difficulty Clinic are full until August 23. On August 2, the Red Star Capital Bureau made several calls to the public telephone number of the Pediatric Hospital Affiliated to Fudan University, all of which were on the phone. As of press time, they had not yet been connected.

Many domestic pediatric hospitals have opened 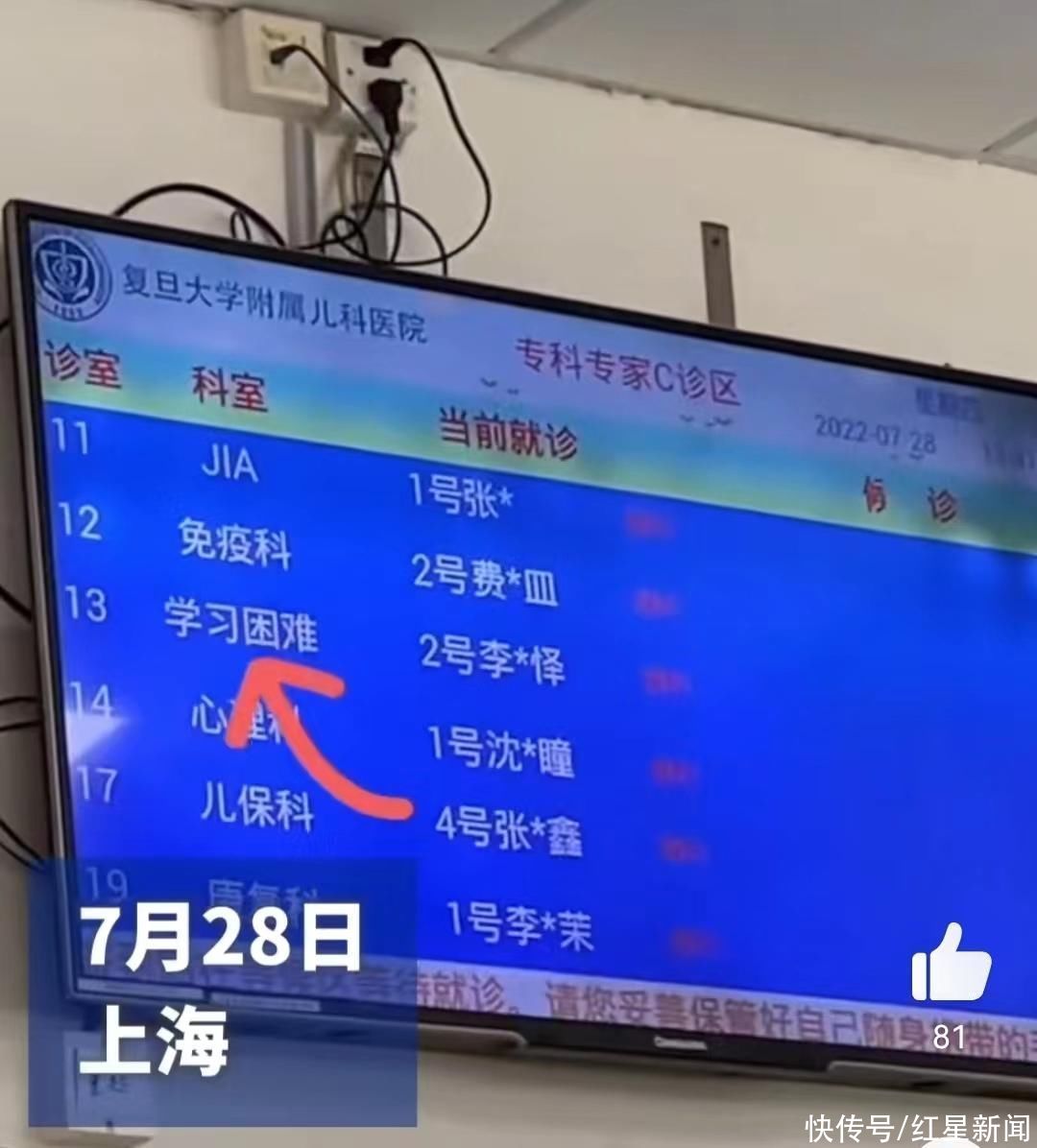 Some netizens also ridiculed, “I want to stop coming to a department with difficulty in going to work”, “Please set up a problem of difficulty getting up.” Outpatient Clinic” “Will you be seen in your twenties”.

Red Star Capital Bureau learned that the outpatient clinic for learning difficulties is set up in the outpatient department of psychology of Fudan Pediatric Hospital, which is open every Thursday at 1:30 p.m. . As of August 23, all the appointment numbers for the Learning Difficulty Clinic are full. On August 2, the Red Star Capital Bureau made several calls to the public telephone number of the Children’s Hospital Affiliated to Fudan University.

The incidence of learning difficulties was 20%

The factors affecting learning, in addition to family education, may be caused by various neurodevelopmental problems, emotional and mental disorders, cultural and environmental factors, etc.

Another common condition is “learning disabilities” (including dyslexia, writing disabilities, math disabilities, etc.), these children although normal intelligence, but there is a developmental delay in a specific learning ability, Corresponding subject grades will also be affected. These two types of children are often misunderstood by parents and teachers as “elementary school scum” or “little slackers” who don’t like to learn, but in fact, after formal treatment, including drug therapy, behavioral therapy, professional rehabilitation training, etc. Counterattack from “student scum” to “student tyrant”.

The Department of Psychology of the Children’s Hospital Affiliated to Fudan University pointed out that about one-third of the children who came to the outpatient clinic for learning difficulties had some emotional and mental disorders, such as “school adjustment disorder”” Anxiety and Depression” etc.

In addition, the Red Star Capital Bureau also noted that, in addition to the learning difficulties clinic, Fudan Pediatrics also has a dysphagia clinic, that is, eating disorders or feeding difficulties. On the appointment interface, there is a dedicated eating disorder MDT clinic, which is a joint clinic of multiple experts in psychology, digestion, nutrition, traditional Chinese medicine, rehabilitation, neurology, genetic metabolism, and surgery. 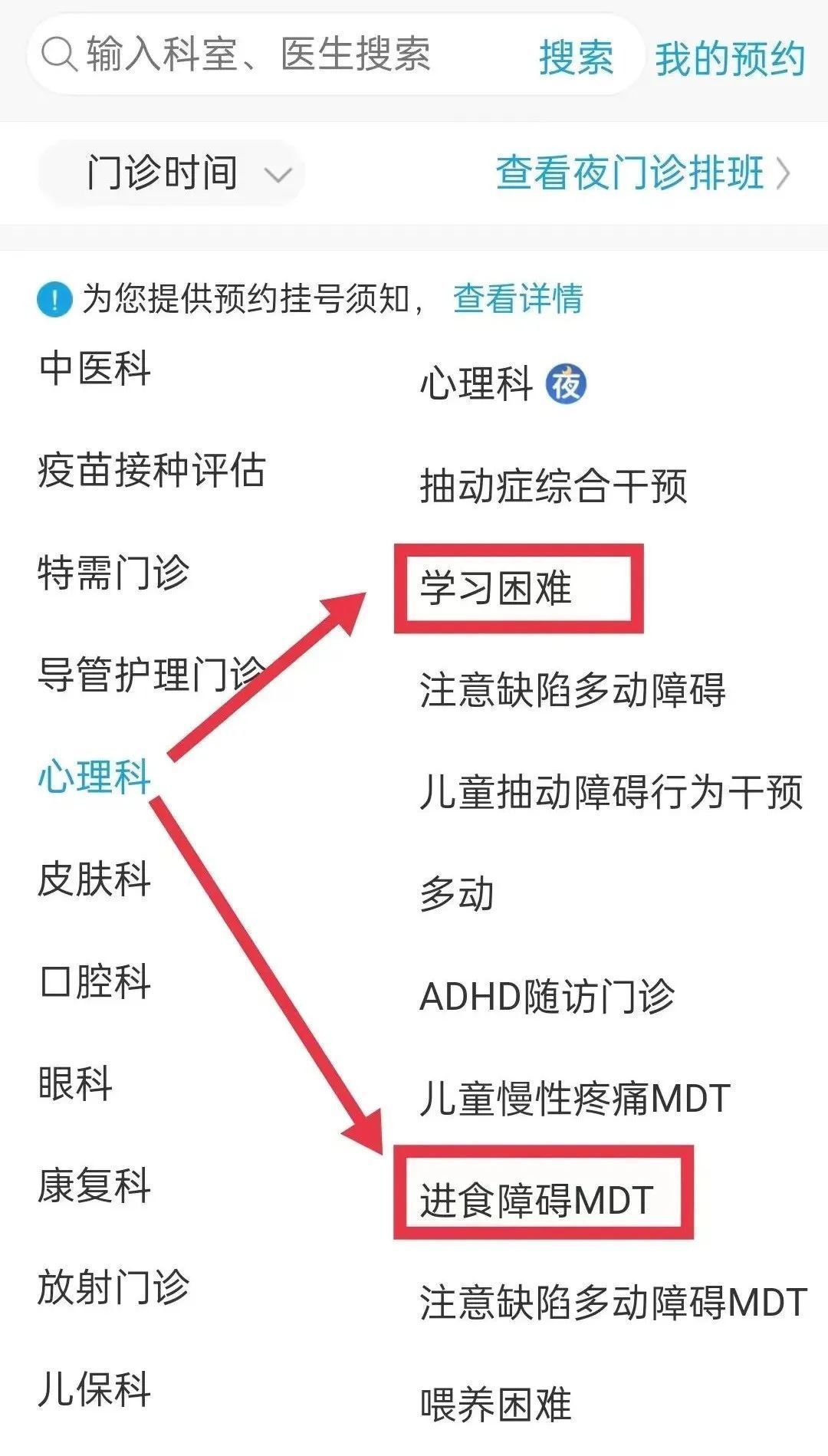 According to the official WeChat account of the Department of Psychology, Pediatric Hospital, Fudan University

(Download Red Star News, there are prizes for reporting materials!)