Leukemia has the highest overall incidence of all cancers in children and adolescents at 39.34 per million people.

On September 24, 2022, a study published online in The Lancet reveals cancer prevalence in Chinese children (0-14 years) and adolescents (15-19 years) .

Data suggest that the burden of cancer in children and adolescents in China has increased compared to 2000-2015. In addition, the reported incidence of cancer also generally increased with the HDI (Human Development Index).

Childhood and adolescent cancer rates by age and sex

Among them, common central nervous system tumors in children include astrocytoma (5.25/million people), intracranial and intraspinal embryonal tumors (3.99/million people). Neuroblastoma and ganglioneuroblastoma were the most common cancers in children under 1 year of age, accounting for 15.84% and 14.35% of all cases in boys and girls, respectively.

Leukemia incidence by age and sex in children and adolescents 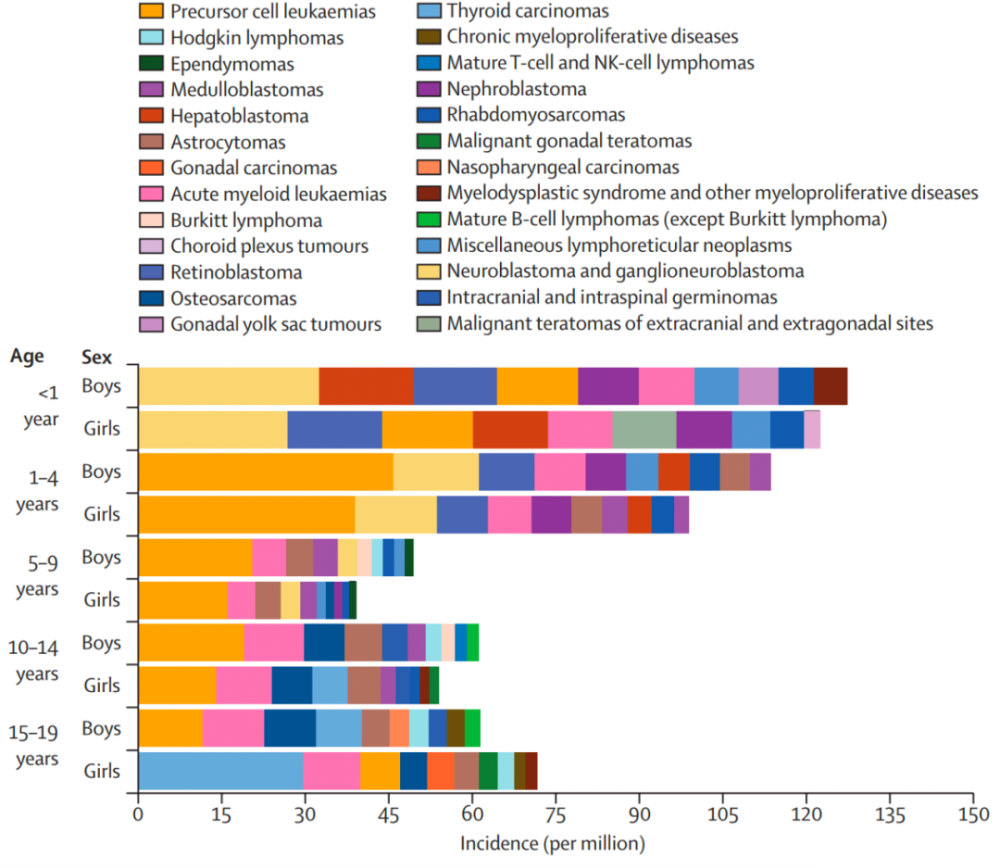 The more developed the economy, the higher the incidence of cancer?

The study also found that, despite differences across age groups, cancer incidence overall increased with HDI, the level of socioeconomic development, and in areas with the highest HDI, total cancer incidence The rate is 1.39 times that of the lowest HDI region.

HDI is arranged from low to high, corresponding to the approximate provinces/municipalities

But the data also suggest that trends are more pronounced among children. This may be closely related to the accessibility distribution of medical resources. Including pediatric cancer diagnosis and treatment institutions, pediatric beds, number of doctors, etc., this study also reported for the first time the accessibility of cancer diagnosis and health services in China.

This resulted in significant cross-regional visits. Among all new cases of childhood and adolescent cancers, 22.16% were diagnosed across regions. In regions with the lowest HDIs, more than a third of cancers were diagnosed outside the province. Specific to cancer, the highest proportion of cross-provincial diagnoses is retinoblastoma (56.56%).

Researchers believe that unequal access to medical services, including increased non-medical costs and the inconvenience of long-distance travel for children, is a barrier to early cancer diagnosis, leading to reported children in underdeveloped areas Cancer incidence is lower than in developed regions.

Unlike children, however, the incidence of most cancers in adolescents tends to decline as health care capacity improves. The researchers analyzed that this may be because in developed regions, some cancers can be diagnosed in early childhood, and emphasize the importance of early detection of cancer. 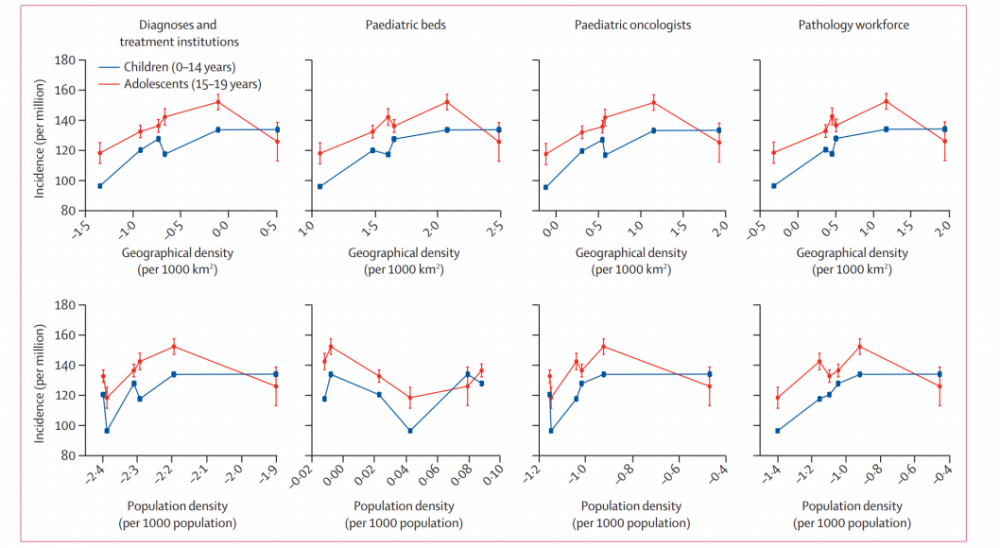 Trends in childhood and adolescent cancer incidence and access to care

Based on the above results, the researchers recommend:

In the later stages of the pandemic, departments need to increase resource allocation to improve the number of medical facilities and paediatric oncology professionals in less developed areas.

As one of the effective measures to narrow the gap in medical access between regions, Internet medical services and artificial intelligence medical care should be continuously strengthened.

Targeted early cancer diagnosis programs are necessary, such as through eye screening and vision assessment in children aged 0-6 nationwide, and early diagnosis of retinoblastoma.