August 1st, the East China Sea started fishing, and at 12:00 noon on the same day, thousands of boats from the East China Sea competed to start the fishing voyage. After 7 hours of sailing, more than 2 hours of fishing, and the fresh ship receiving the goods, the first batch of East China Sea swimming crabs arrived at the wharf at 6 am this morning. The first batch of crabs were robbed hot after they landed, and the crabs that arrived in Zhoushan International Aquatic City were robbed within 2 hours. Due to the epidemic, the main live crab distribution markets in Shanghai were suspended, and most live crabs were directly supplied by the place of origin. The top live crabs of 5 taels and above were delivered that night for 180 yuan per catty! Mr. Xie is the owner of a private enterprise, and he is also an old eater, especially proficient in eating Donghai seafood. On August 1, the East China Sea was caught, and the first catch was mainly swimming crabs. Therefore, he made a reservation as early as mid-July, with a total of 120 catties. “I asked the dealer to send 5 taels or more of top crabs, and live crabs, mainly for mothers, mothers-in-law and relatives and friends, 10 pounds per household, a total of 12 copies.” Mr. Xie told reporters that in order to package the work, he A high price of 180 yuan a pound. Among them, 120 yuan per catty is the price of the top crab on the day, and more than 300 yuan is the direct delivery fee of the online car-hailing, plus about 20% of the death loss during the transportation process. In order to only pack live, the dealer prepared an extra 2 pounds of live crabs per box, just in case. The fresh-shipping ship docked at 6:00 a.m. on the starry night. Mr. Zhou is 58 years old and has been at the helm for 38 years. The 300-ton fresh-carrying boat he drove went out to sea with 11 fishing boats of the same village fishermen. Unlike the fishermen, his boat did not catch crabs, but only collected crabs. For nearly 7 hours, he anchored the fishing boat in the waters not far from the fishing boat, “waiting for the rabbit”. 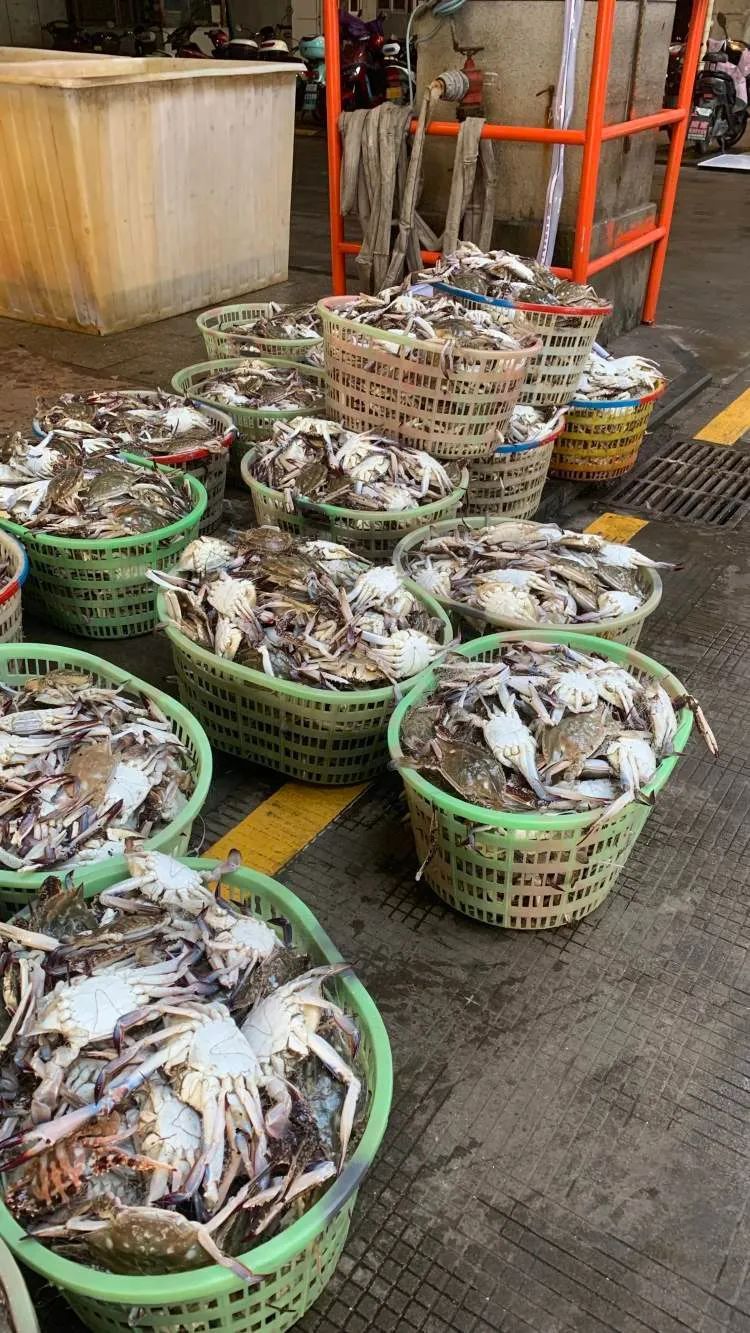 A net is usually caught in more than an hour. After the fishermen collect their nets and it is estimated that 11 boats have caught more than 100 tons, Mr. Zhou lifted the anchor and brought the boat closer to the fishing boat. The cabins of his fresh-shipping ship are large pools filled with seawater and oxygen. The live crabs are placed in the pools, as if they are in the sea. The survival rate of crabs during transportation can reach about 85%. This night is destined to be restless. Returning from 10 o’clock last night, Mr. Zhou kept receiving calls from the boss of the sales department of Zhoushan International Aquatic City, asking about the arrival time, the number of arrivals, and the specifications of swimming crabs. At 6 in the morning, the boat docked after sailing for about 7 hours. The owners of nearly 180 fresh food stores in Aquatic City stayed up all night. The gates of Zhoushan International Aquatic City opened at 6 am this morning. The seafood city, which had been silent for three months, became lively. People driving, transporting, buying and selling crabs filled the Aquatic City. . Among the crowds, the most anxious are the owners of nearly 180 fresh food stores in Aquatic City. Most of them have been in the stores since 1 or 2 am this morning, waiting for the first batch of live crabs to arrive. 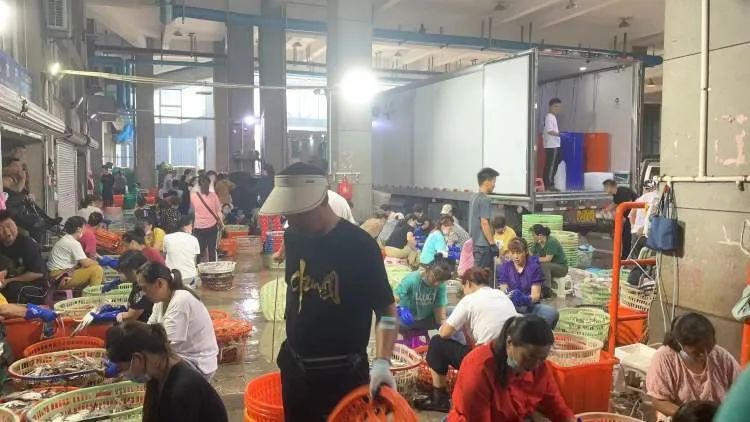 Le Lulu, one of the dealers, told reporters that once it’s past 4:00 in the morning, it will be difficult for people to squeeze into the aquatic city, and it will be even more difficult to negotiate the price with fishing boats. Many bosses worry about this. Missing out on the best swimming crab sale of the year. “After 3 months of fishing ban, August 1st is the time when consumer expectations are the strongest, the number of supplies is the smallest, and the price of swimming crabs is the most expensive. According to the usual practice, two or three days after the arrival of a large number of swimming crabs, the price will drop. 30% or even 50%, no boss is willing to give up this good day to make money.” It is understood that after the fresh ship arrived in the Aquatic City, the city’s sales department immediately sent the crabs to all parts of the country, including Shanghai. . Le Lulu revealed that Zhoushan International Aquatic City and Lvsi Fishing Farm are on a par with each other, and it is currently one of the largest trading markets for East China Sea aquatic products in the country. About 30% of the swimming crabs are sold to Shanghai. “It takes more than 3 hours to drive from the Aquatic City to Shanghai, which is 1 hour longer than the distance from Lusi Fishing Port to Shanghai. After the whole process of oxygenation and temperature control, the swimming crab can survive for 2 to 3 days. Therefore, it is transported from Zhoushan International Aquatic City to Shanghai. The survival rate of the crabs from 2000 to 2000 is close to that of the crabs that arrived in Shanghai from the Lusi Fishing Farm, and many Shanghainese are willing to come to the Aquatic City to buy live crabs.” SF Express express live crabs, and deliver them to Shanghai within 24 hours from the Aquatic City. The fee is 30 to 40 yuan per box, and the survival rate after delivery is about 30%. If you directly call the online car-hailing special delivery, it will be delivered within 12 hours. The first batch of live crabs can be delivered that night, and the survival rate is over 80%, but you need to pay more than 300 yuan for shipping. “Swimming crabs are cold-water crabs. The water temperature needs to be maintained at 11 to 13°C during transportation. If the temperature is too high, it will die from heat, and if the temperature is too low, it will freeze to death. During this period, it needs to be continuously oxygenated. There are frequent high temperature days around August 1, and the crab will inevitably die. Therefore, most dealers are willing to pack fresh, but not willing to pack live.” The price may be cut in half after a week. The difference from previous years is that due to the epidemic this year, Jiangyang Market and Jiangyang Market, the city’s largest distribution markets for live swimming crabs, are currently closed for business. , Most of the first batch of live swimming crabs entering Shanghai are directly supplied by Zhoushan International Aquatic City and Lusi Fishing Farm.