When they heard the word “close contact”, everyone was afraid to stay away, but in the quarantine hotel, many took the initiative to welcome the “epidemic”, The anti-epidemic fighters who stick to their posts, face daily pressure and challenges, and strive to ensure the safety of the quarantined personnel, are worth seeing. Li Peng, born in 1995, joined the Communist Party of China in 2018, and is currently a staff member of the Environmental Protection Station of Dongyu Town People’s Government . Just the night before the county’s emergency mobilization to support the quarantine hotel, a rush of phone ringing made Li Peng in trouble, “Li Peng, come here quickly, your father fainted and is now hospitalized in the county hospital!” “Mom, What’s wrong with my dad! What did the doctor say? I’m distributing anti-epidemic supplies, and I can’t leave for the time being. Let my sister go over and say hello first. I’ll rush over after I’ve been busy for a while.” After a day’s work, Li Peng was in a hurry When he was about to rush to the hospital, he received an urgent mobilization from the town, “Yudong isolation hotel staff is in short supply and needs to be replenished urgently. Anyone willing to go?” After hearing the news, Li Peng hesitated, hesitated, and after a brief psychological struggle, ” I am a party member, and I am one of the few young people in the unit who have no family, let me go!”, In this way, Li Peng took the initiative to fight, went to the Yudong isolation hotel to fight the epidemic, and resolutely took up the task of garrisoning the isolation hotel, leaving his small family for Everyone, use responsibility and responsibility to support the “safety zone” for the quarantined personnel, which demonstrates the original intention and mission of a Communist Party member. 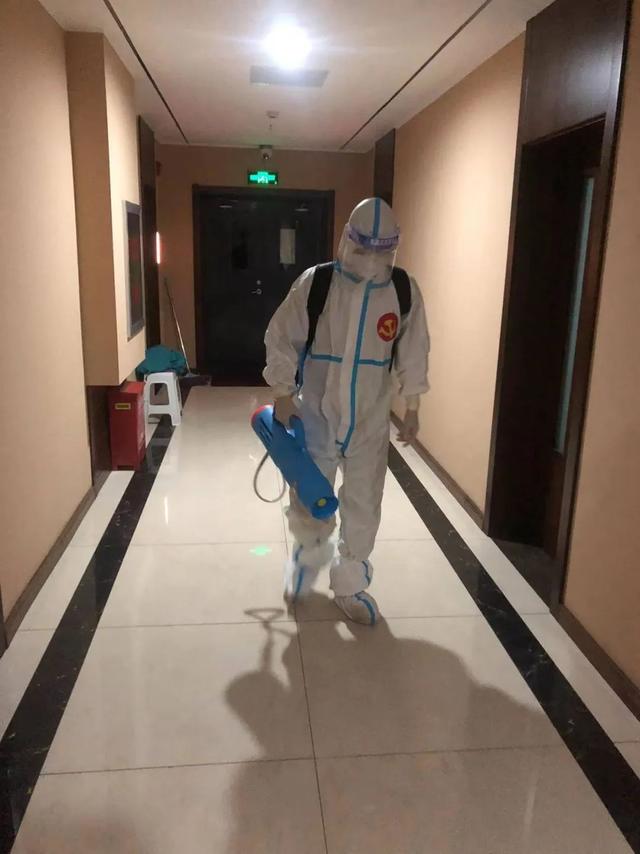 “You can see the skill in the ordinary, and see the true chapter in the subtle”. The isolation hotel has a lot of work content, heavy burden and great pressure. In the isolation hotel day and night, facing the heavy and complicated work, Li Peng never complained or called tired, and maintained a positive attitude every day to infect everyone around him. . He has hardly slept since he took up his post. He looks haggard and has become the backbone of his fellow volunteers as soon as he starts working. Faced with the negative and timid emotions of the volunteers, Li Peng immediately communicated with them and comforted them. , set up a banner for them with practical actions and set an example.

“Since I’m here, I must do my duty as a ‘housekeeper’ and take care of all aspects of the lives of the quarantined people” “The hotel is full of supplies. If you have any needs, as long as the epidemic prevention requirements are not violated, we will try our best to meet them, and strive to make everyone satisfied.” After serving the quarantined people, someone kept saying thank you, which made Li Peng very happy. A sense of achievement and a sense of responsibility arise spontaneously. “Although the work of staying in an isolated hotel has certain risks, it has a heavy responsibility and a glorious mission.” This sentence has become Li Peng’s mantra.

In Li Peng’s view, doing a good job of epidemic prevention and control in isolated hotels is also a kind of protection for family members. He said, “Under the prevention and control of the epidemic, there are many people who fought all night and made hard work. At the moment of the epidemic, no one is an outsider. As a party member, I should charge forward and take the responsibility of a party member. Negative organization’s expectations and sustenance”.

There are many selfless devotees like Li Peng in the anti-epidemic work, and their spirit of giving up their small family for everyone deserves each of us study. They guarded the city with their practical actions, and faced the most severe test with the courage of retrogrades.