For 40 years as a doctor, she takes every patient seriously and has been deeply involved in the field of skin and venereal diseases….

“I am very happy to receive this honorary title, and I am also very grateful to my colleagues, including all those who have supported me.” Yang Sen also mentioned in his dialogue with the “medical community” that he received this honorary title. After receiving the honor, I feel more responsible for myself. Over 40 years of work, taking every patient seriously

Yang Sen has been working in the clinic for more than 40 years. The outpatient clinic is always surrounded by patients who come here, and there are countless pennants sent by the patients.

One ​​day, a middle-aged woman, full of helplessness and fear, brought her husband to see a doctor. Her husband was diagnosed with neurosyphilis. Recently, he suddenly drove up a tree while driving, forgot to turn off the gas after cooking, climbed a tall building and jumped down thinking it was the road, which could threaten the lives of him and those around him at any time. . After two complete courses of Qumei treatment, the patient’s symptoms still did not improve. Seeing this, Yang Sen did not give up. After 20 days of treatment with biological agents, the patient lived a normal life.

In another patient with advanced dermatomyositis, the inflammation had penetrated the skin to the fat layer, and a very large lump developed on the buttocks. The patient was in unbearable pain. After taking a lot of hormone therapy, panniculitis has not completely subsided, but because of the long-term use of hormones, gastric ulcers have been caused, resulting in massive bleeding in the upper gastrointestinal tract. Since the ulcer surface may perforate at any time, the situation is very critical. Fortunately, Yang Sen has done a good job of preventive work in the early stage, and the rescue measures in the later stage have been put in place in time. The patient was rescued from the death line.

Dermatology department is very busy with people coming and going every day, and each patient has their own troubles, which can be big or small. Janssen never cares about the size of the disease, treats every patient equally, and never perfunctory patients. “A strong sense of responsibility and mission drives me forward. While helping patients, it also makes me happy and affects all aspects of my life.” Yang Sen said with a moving expression, it can be seen that the benevolence of doctors strong>It has been rooted in her heart.

Yang Sen and her lover Zhang Xuejun are both doctors engaged in the front-line diagnosis and treatment of skin. The husband and wife are both devoted to the skin field. Today, her lover Zhang Xuejun is still the director of the Collaborative Innovation Center for Difficult and Severe Skin Diseases in the First Affiliated Hospital of Anhui Medical University, the director of the Dermatology Research Institute of Huashan Hospital of Fudan University, and the honorary of the Skin Health Research Institute of the China-Japan Friendship Hospital of the National Health Commission. Director, Chief Expert of Dermatology Department of Dushu Lake Hospital Affiliated to Soochow University and Dermatology Center of Boao Super Hospital. 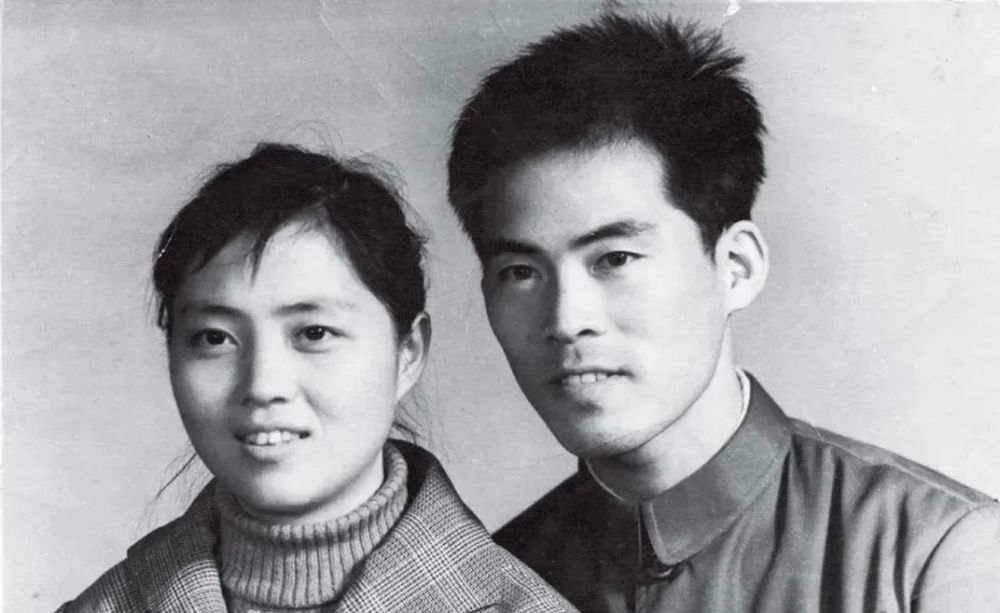 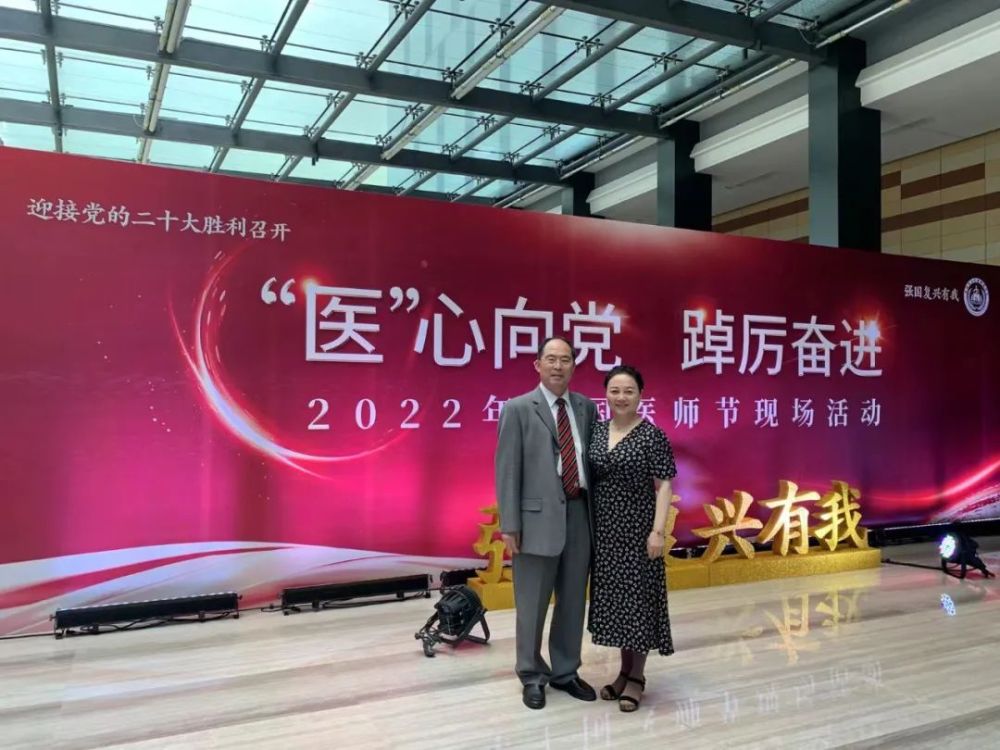 Join a meeting together

The husband and wife are very busy, either in clinical practice or participating in various academic exchanges in other places. Sometimes Zhang Xuejun leaves Beijing by plane as soon as Yang Sen’s plane landed in Beijing. Yang Sen said with a smile: “The two of us often ‘meet’ in the sky as ‘trapeze‘”.

After becoming the head of the department, Yang Sen never thought that he could be called a “leader”, but was only a responsible person academically and clinically. “As the director of the department, the biggest feeling is not power, but to regulate the diagnosis and treatment of the staff in the department.” Yang Sen explained.

Colleagues at work often “spit out” her strictness. If she rounds the ward the next day, some students will stay in the ward at night and dare not leave, because there is too much knowledge to memorize. I don’t know what questions will be asked. I have such an impression, perhaps because Janssen has witnessed the rapid changes in the subject of dermatology and venereal diseases, and also knows that as people’s requirements for skin health have gradually expanded from the absence of diseases to the requirements of skin aesthetics, dermatologists have been challenged, Only strict requirements can keep up with the times. 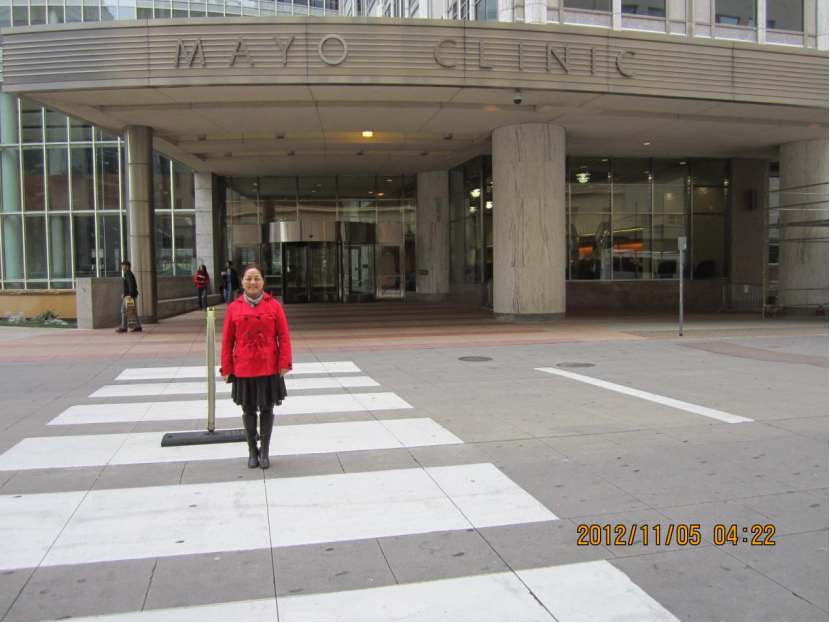 Yang Sen, who has studied in Australia and the United States many times, believes that changes in the subject of dermatology and venereal disease are related to changes in the country’s economic foundation and changes in the country’s opening-up policy. Yang Sen said: “In the early and mid-1980s, with the opening of the country and frequent foreign exchanges, many STDs appeared, and the first sign of STDs was on the skin, and almost all dermatologists devoted themselves to STDs. In the prevention and control, because venereal diseases do pose a great threat to the lives of the people.” Thanks to everyone’s efforts, venereal diseases were basically eliminated in our country, and leprosy, tinea capitis and occupational skin were effectively prevented. sick.

With the development of medicine, a series of biological agents targeting specific targets have been developed successively, which has improved the course of patients with severe or refractory skin diseases. some relief. Janssen believes that biologics are expected to open up a new way for some skin diseases that cannot be cured for a long time and that conventional treatments are ineffective, bringing new heights of therapeutics.

During her tenure as the director of Yang Sen, she led the department staff to successfully apply for the “National Clinical Key Discipline of Dermatology” for the department, established the earliest domestic laser cosmetology Center. “Everyone is united, so we have achieved such a good achievement.” Yang Sen added.

Speaking of his son, Yang Sen is also full of praise. Although his parents are busy, he has higher independence and self-care ability than ordinary people, which makes the couple feel very proud and proud. Yang Sen led the establishment in 2016 of the first provincial-level specialized medical consortium in Anhui Province, and served as the director. She introduced: “This medical alliance is a reflection of the sinking of high-quality resources. Based on the national medical and health policies and policies, patients can enjoy the high-quality resources of the city.”

The establishment of the medical alliance can change the current situation of disordered medical treatment for patients. Through the first diagnosis at the grass-roots level, graded medical care, and two-way referral, minor and common diseases are kept at the grass-roots level, while the larger Doctors in the hospital are more focused on solving intractable diseases, and can also solve patients’ problems through online remote video and fixed-point assistance.

Because of mother and dermatologist

Different from the “upsurge” of choosing dermatology to study at home and abroad, in the late 1970s and early 1980s, Yang Sen chose the “no one cares” dermatology without hesitation. Why is there such a choice? Like many physicians, it was a family member who had an illness at home that prompted Janssen to start his career as a dermatologist.

Her mother had suffered from dermatomyositis since childhood, a non-purulent inflammatory lesion predominantly involving the striated muscle and predominantly lymphocytic infiltration, with or without multiple A variety of skin lesions, often involving a variety of organs. The mother, who has been in and out of the dermatology department many times, often told Yang Sen: “The patients in the dermatology department are very serious.”

It wasn’t until he really started to study skin diseases that Yang Sen understood his mother’s words and realized that dermatology is really important. “Patients as small as a mole or as large as an autoimmune disease affecting the whole body will come to the dermatology department.” As a dermatologist, you need to learn the basics of internal medicine for three years, and then go to a specialist.

In the early days of reform and opening up, the country opened wide, and many STDs appeared. As a clinician who has just started working, Jansen is on the front line. At that time, dermatology and rheumatology were divided into the same department, and later rheumatology and immunology became independent from dermatology.

Janson felt that he had a a heavy burden and a great responsibility. In the face of large and small, intricate diseases, she did not escape, but improved her medical skills and tried her best to help patients. Even in the face of the sudden death of critically ill patients, when the family members were unacceptable, she always accompanied them in the ward. The satisfied and grateful smiles of patients and their families brought Professor Yang Sen an incomparable sense of achievement. Upholding this original intention, Janssen continues to strive in the front line of dermatology and venereal disease diagnosis and treatment.

From the past to the present and into the future, no matter how time passes, what should a doctor do as a profession? Today’s doctor’s story may give you some inspiration, welcome to leave a message to tell us~ Former member of the Standing Committee of the Dermatology Branch of the Chinese Medical Association and Deputy Head of the Venereology Group, Director of the Department of Dermatology of the First Affiliated Hospital of Anhui Medical University (1998-2016), Mayo Clinc in the United States and Tower in Australia Visiting Professor at Smania University.

Has won 1 second prize of National Science and Technology Progress Award and 5 first prizes of provincial and ministerial level. He has published more than 300 SCI papers, and he has been cited more than 10,000 times. Participated in the compilation of the 5th-9th editions of the national undergraduate planning textbook “Dermatology and Venereology”, and the 1st and 2nd editions of the national resident planning training textbook “Dermatology and Venereology”.