will be open to the public! 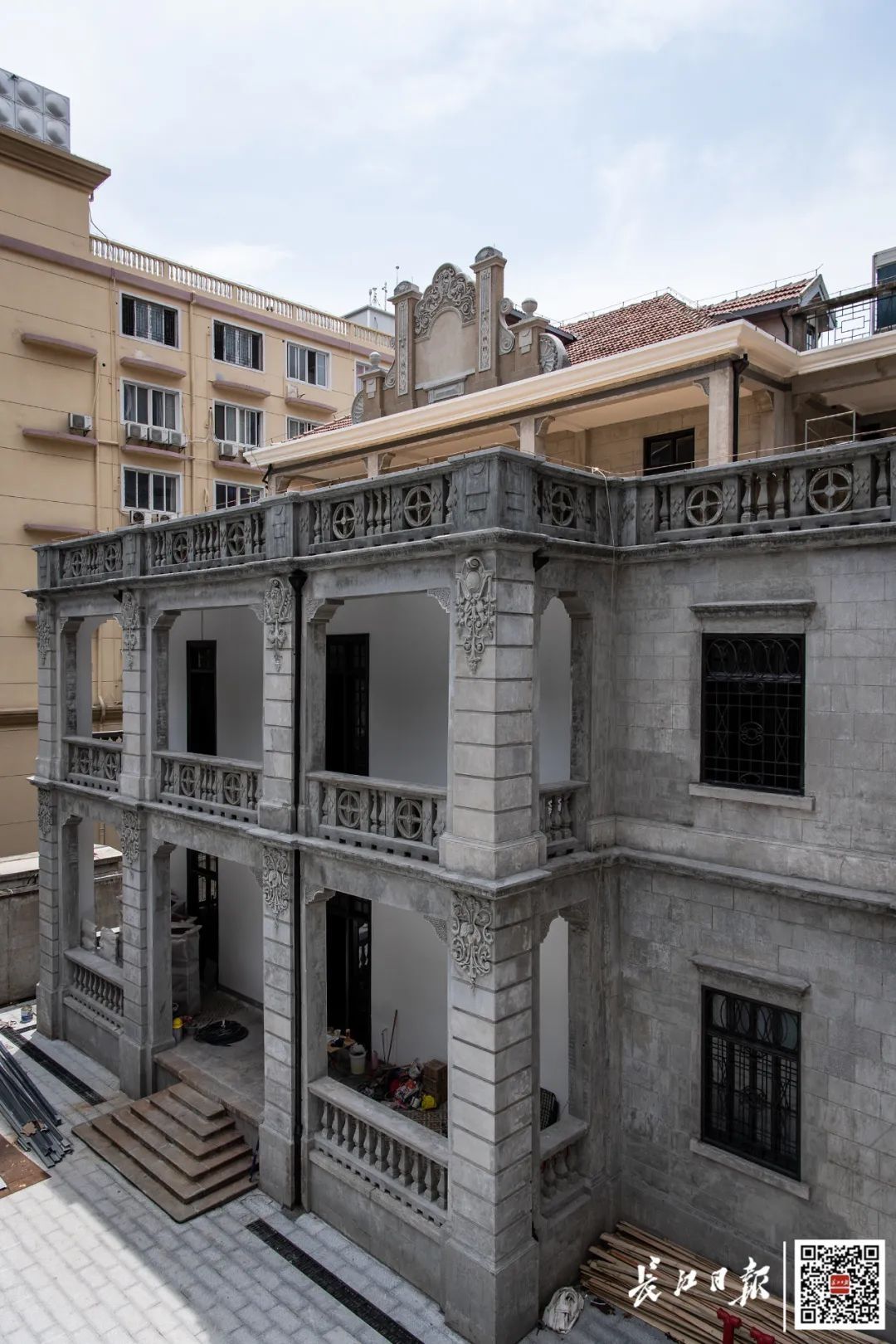 The renovated former site of the All-China Federation of Trade Unions in Hankou. Photo by reporter Ren Yong

The former site of the All-China Federation of Trade Unions in Hankou is located on Youyi Street, Hankou , is a national key cultural relics protection unit. The old site consists of two 102-year-old Western-style buildings. It used to be the century-old Ye Kaitai family mansion in Wuhan. It was also the command center for the older generation of revolutionaries to carry out the labor movement, and the national labor movement center during the Great Revolution.

Previously, the building has been remodeled and maintained as the office of the Wuhan Municipal Bureau of Culture. In this renovation, the addition layer of the entire roof and the closed partition wall of the corridor were removed, and the interior was unobstructed.

The renovated former site of the All-China Federation of Trade Unions in Hankou. Photo by reporter Ren Yong

According to the principle of “repair the old as the old, minimal intervention”, the former site of the All-China Federation of Trade Unions in Hankou has been systematically repaired:

There is a gable wall There are cracks everywhere. Workers use steel mesh to fix the wall, reinforced with screws, concrete is poured into the cracks, and wooden window frames are reinforced with steel plates to increase the integrity and durability of the building.

For the roofing system, the repair method of removing the tiles and dropping the trusses is adopted, the original roof tiles are removed and piled up, the rotten roof trusses are replaced and strengthened one by one, and then they are installed and cleaned one by one The rear tiles ensure the bearing capacity of the roof structure.

The mountain flowers on the roof of the east building of the old site are back to the light. Photo by reporter Ren Yong

The East Building Roof Mountain Flower is largely damaged. The company searches the archives and audio-visual materials from decades ago to obtain the original appearance of the building, and asks the craftsmen to use the missing parts. Processes such as turning over moulds and hand-piling carvings, reproduce the exquisite decorative carved parts.

The fireplace is “repaired”. Photo by reporter Ren Yong

The decorative tiles of the 12 fireplaces in the west building fell off. The staff took samples to Jingdezhen to find a master to burn a batch of them according to the original craftsmanship, and asked the craftsmen to use them. It took more than a month to restore the wood-colored base of the mantel.

The exterior wall of the clear water wall of the west building has been repaired for ten times before it is “repaired as old”. Photo by reporter Ren Yong

The clear water wall of the west building is weathered and cracked. The company has formulated a set of special repair plans for more than ten procedures. Colors and other tests were carried out ten times to restore the style of a hundred years ago to the greatest extent.

Zhao Zheng, chairman of Tianshi Construction Company, a subsidiary of Wuhan Chengtou Real Estate Group, who is responsible for the repair, said: “Our repair this time is equivalent to performing a major operation on the patient. The house is well maintained, and the three Fifty years is no problem.”

The half-year renovation of the old site was completed in July. When the reporter walked into the West Building, the staff were busy arranging the exhibition hall. According to the staff, the original memorial hall has been closed for a long time, and this time the memorial hall is almost reconstructed on the basis of “one poor and two white”. 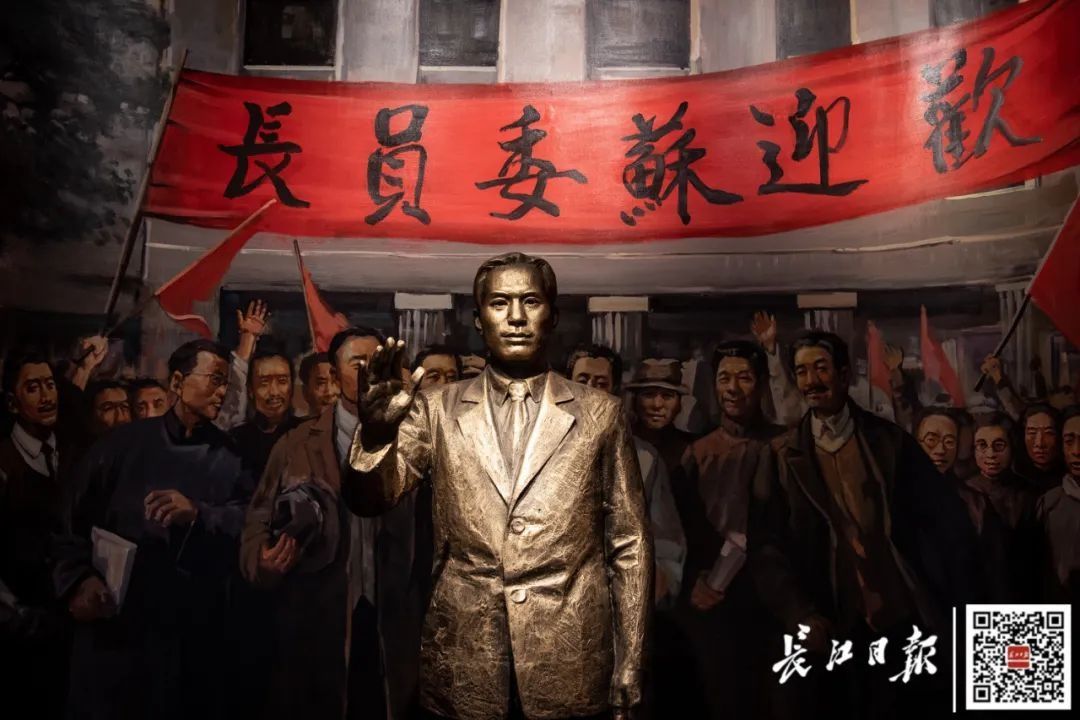 He said that this year marks the 100th anniversary of the founding of the Wuhan Trade Union, and the memorial hall of the former site of the All-China Federation of Trade Unions in Hankou will be rebuilt. He hopes that when citizens walk into the memorial hall, they can look back on the glorious history of the labor movement in Wuhan and feel the inspiration of their ancestors and heroes.

It is understood that the Hankou All-China Federation of Trade Union Site Memorial Hall will open to the public in September this year.