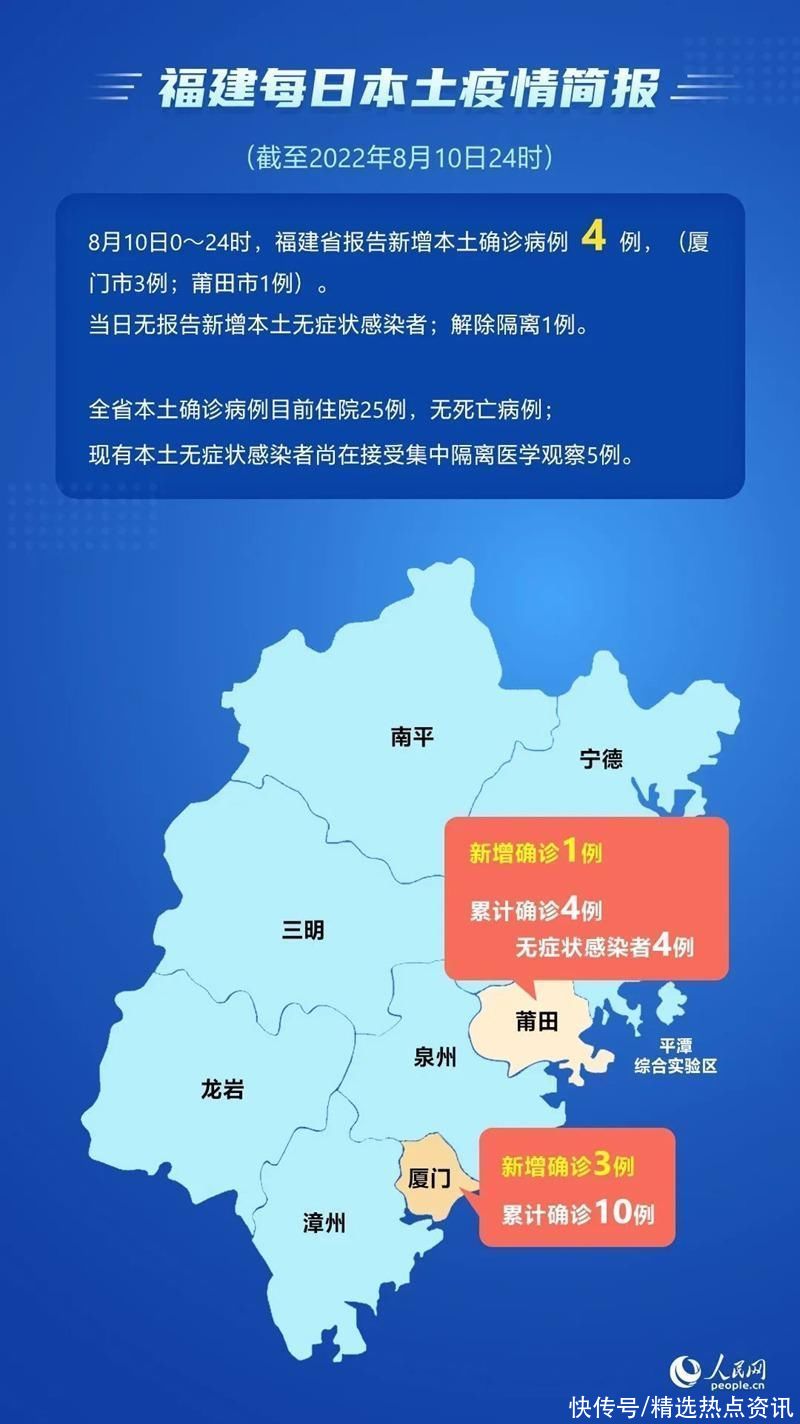 People’s Daily Online, Fuzhou, August 11 (Chen Teng, Lin Chengye, Jiao Yan) According to Fujian Weijian According to the Committee, from 0 to 24:00 on August 10, 4 new local confirmed cases were reported in Fujian, including 3 in Xiamen and 1 in Putian.