There is a beautiful stream in Fenghua District, Ningbo City, named Mingxi, formerly known as Huixi. It originated from Yankeng Village, Jinting Town, Shengzhou City, Zhejiang Province. It is both the source of Fenghua River and the source of Yongjiang River.

The water of Mingxi, from the source to the Tingxia Lake Reservoir, turns and turns, forming a beautiful scenery of Jiuqu along the way. 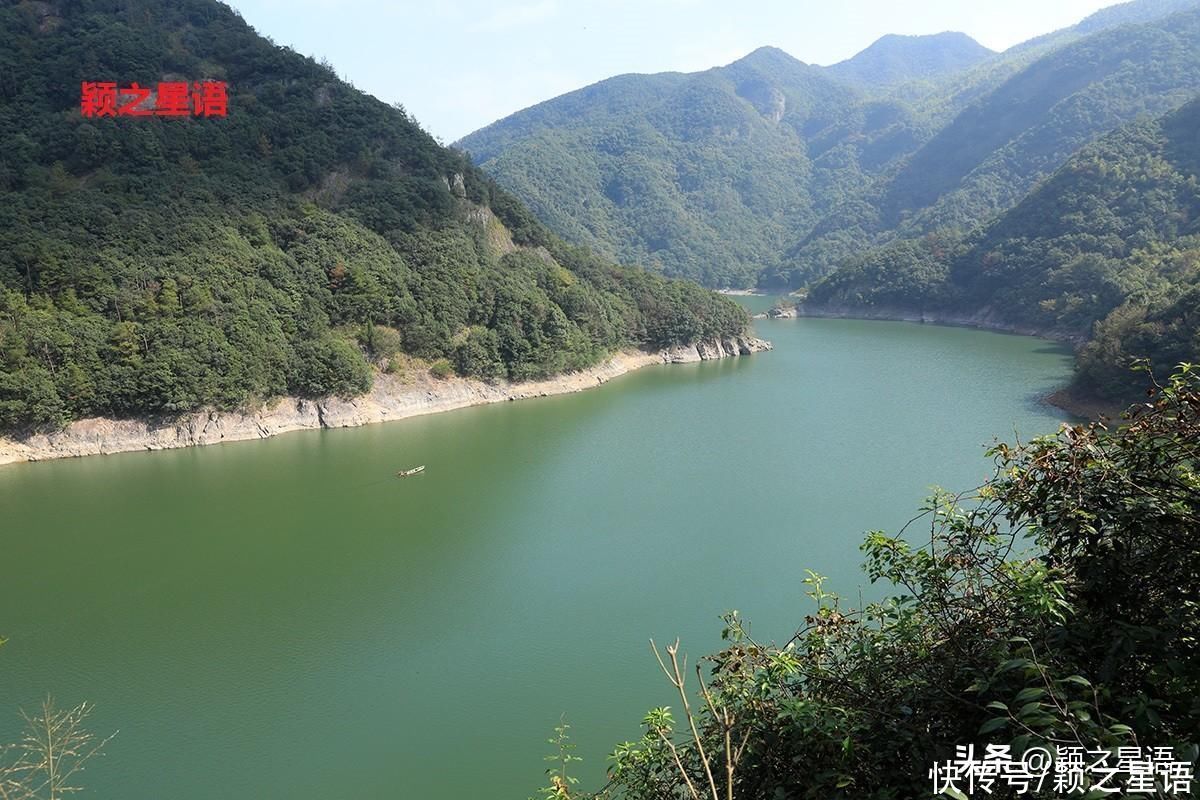 Therefore, the birthplace of Mingxi, the area around Yankeng Village, Jinting Town, Shengzhou City, Shaoxing City, is the real source of Yongjiang River.

Just like the Yangtze and Yellow Rivers, there are thousands of tributaries and only one main source! 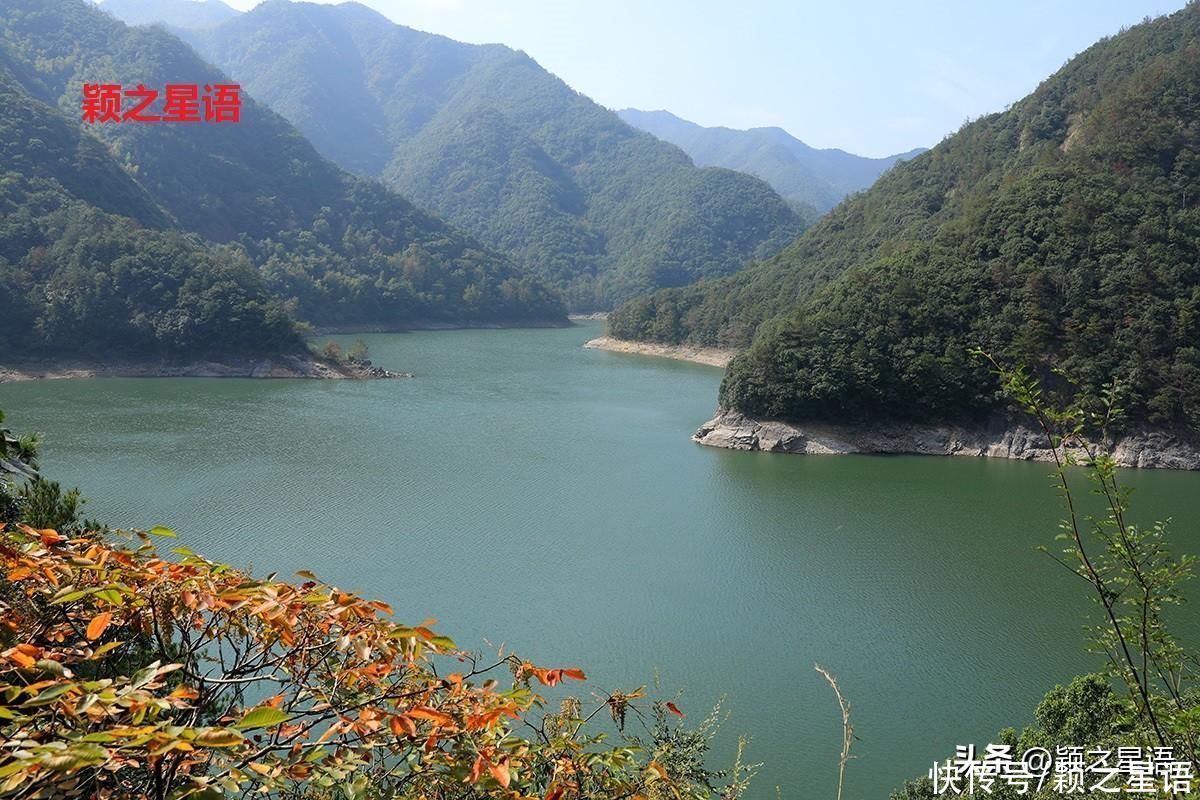 The birthplace of Mingxi, Yankeng Village, Beizhang Town, Shengzhou City, Shaoxing City, was founded by Dong Jiayan, Chen Dakeng, Yujiakeng consists of three natural villages, of which Dongjiayan Village has the highest altitude and is more westward. Therefore, hydrogeography usually defines Dongjiayan as the source of the Yongjiang River in Ningbo.

Glycerol Bay behind Dongjiayan Village is the origin of the Yongjiang River and a watershed.

The west side of Dong Jiayan is very close to Qinghuwangang, the highest peak in Ningbo, but the water from Qinghuwangang does not flow into Ningbo, but flows to Shengzhou, and flows to the sea through the Cao’e River.

Dongjiayan Village was originally under the jurisdiction of Yuyao, Ningbo. In 1964, the Dongjiayan, Chen Dakeng and Yujiakeng brigade which belonged to Yuyao County at that time were assigned to Sheng County. 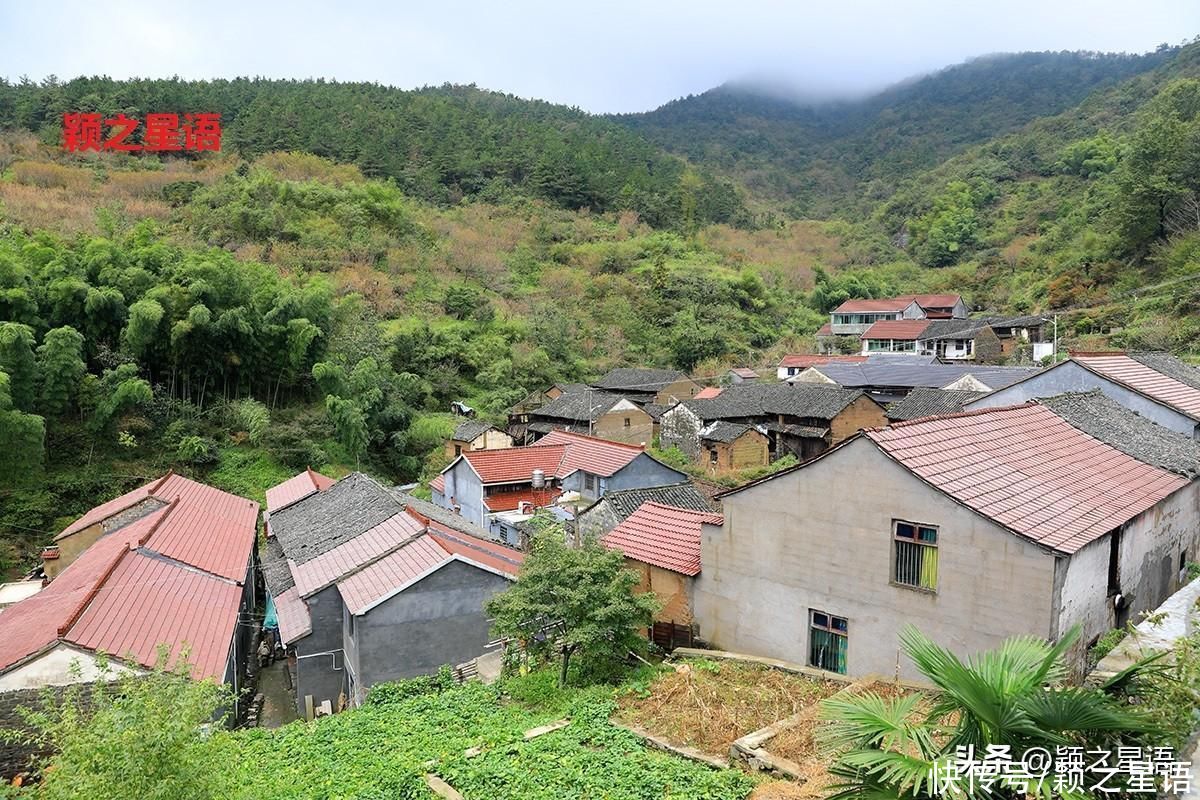 Yankeng Village, Beizhang Town, Shengzhou City, Shaoxing City, land It is located in the triangle area at the junction of Shengzhou, Yuyao and Fenghua, which is usually called the “enclave” of “Three No Matters”.

It is a place of refuge and seclusion since ancient times.

The villagers of Yankeng have many and miscellaneous surnames, such as Yu, Xu, Shan, Weng, Sun, Chen, Wu and so on. Come, for example, people surnamed Weng, after the failure of the Taiping Rebellion, the soldiers surnamed Weng fled here to live in seclusion and escaped the pursuit.

There is also a small place called Pancha. In the last century, many pregnant women who had superborn babies fled here and gave birth to children, so it was called Chaosheng Village. 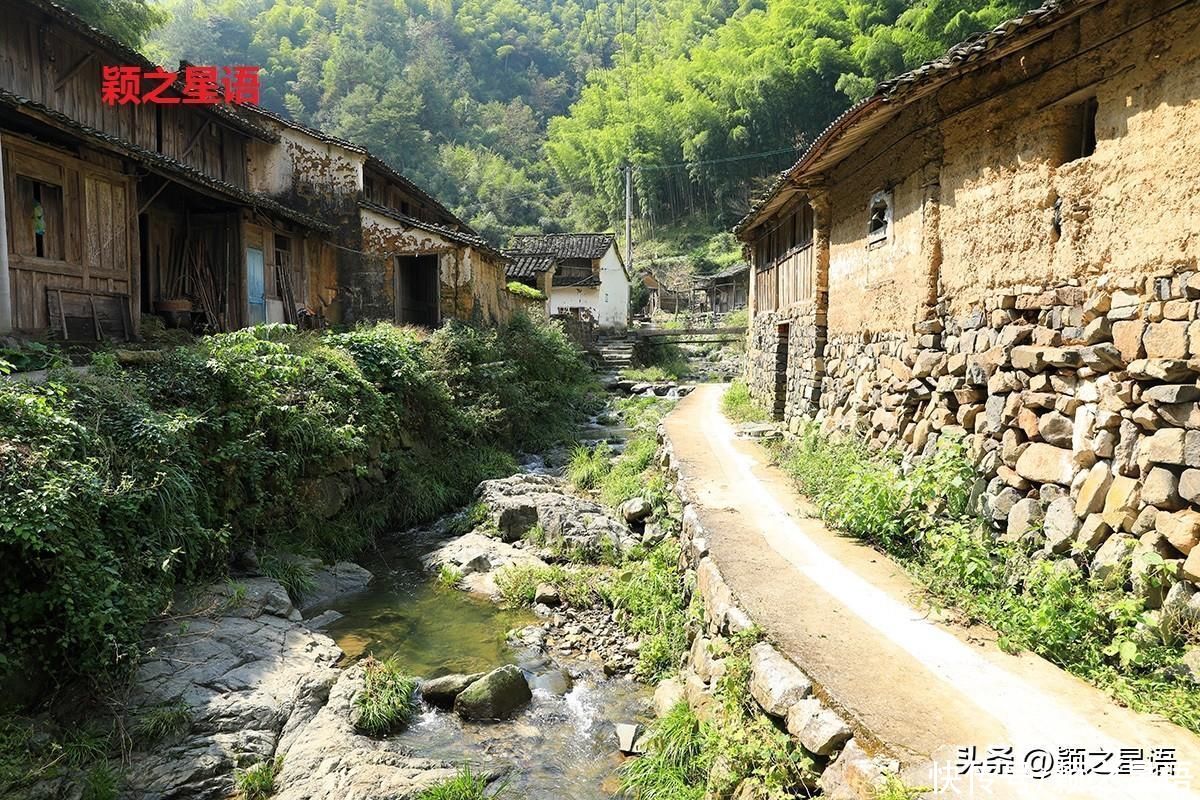 In Hutan Village, Xikou Town, Fenghua District, Ningbo City, there are groups of ancient trees, which can be compared with the ancient trees in thatched wok.

Yingzhi traveled through the mountains and rivers of Ningbo and found a total of 21 ancient tree groups, among which the Maowok and the Hutan ranked first and second. 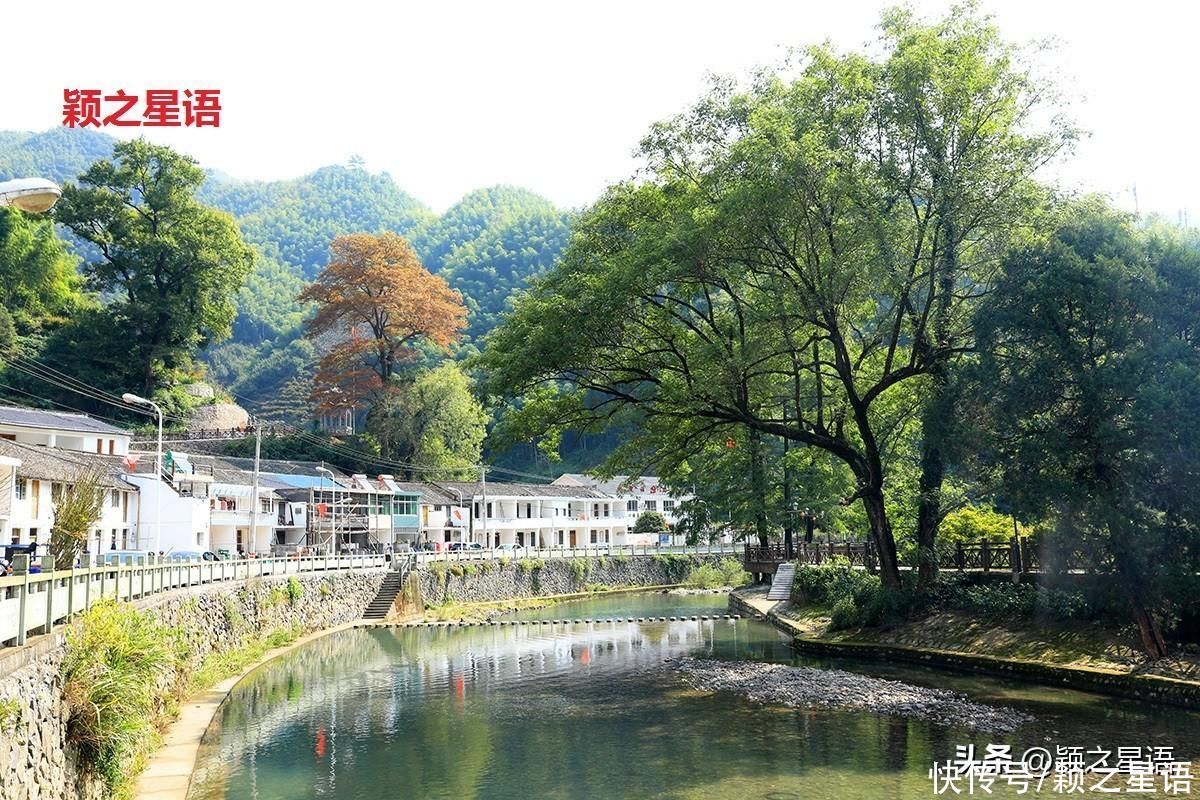 The ancient road passes through a forest of money pine. In late autumn, the leaves turn yellow and fall to the ground. If the road is paved with gold, it is called the “Golden Ancient Road”. 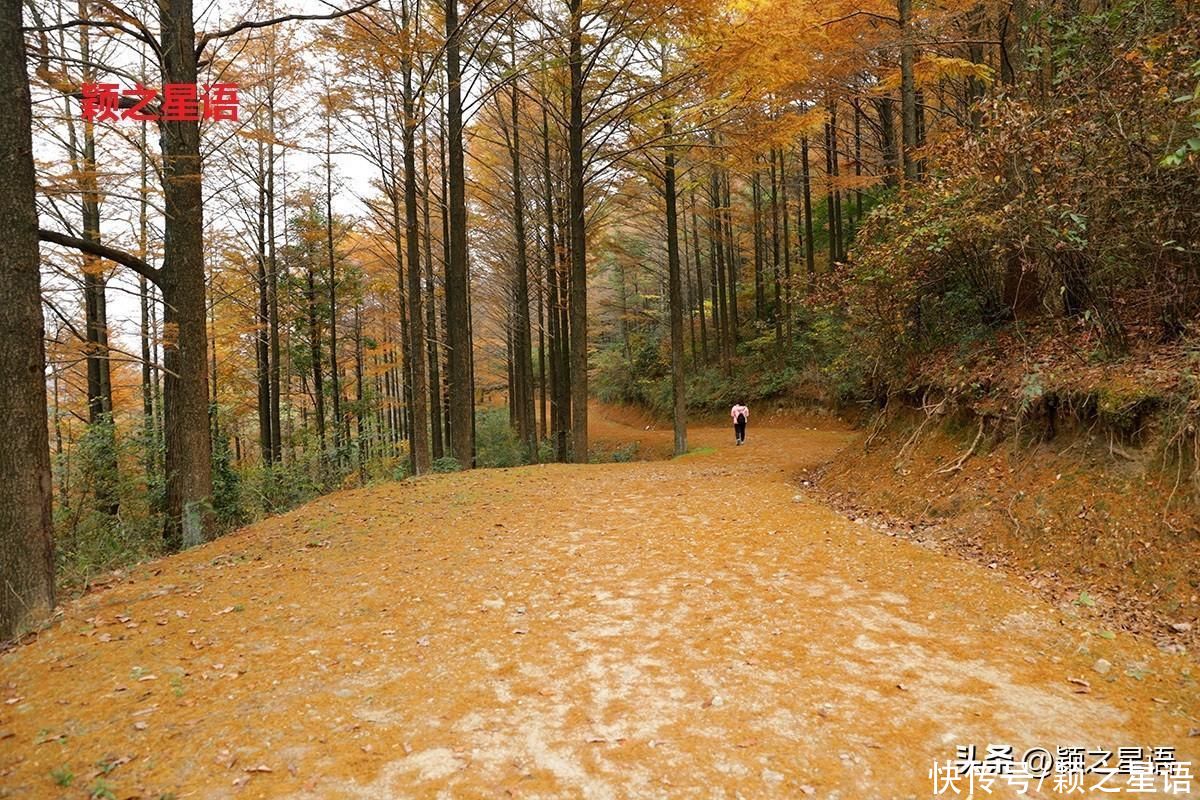 Mingxi, formerly known as Huixi, from Yankeng Village, The stream from the Hutan area meets the Baikeng River from the south, hence the name Huixi. The village is named after the stream, and it was called Huixi Village in ancient times.

When Zhu Xi, a famous literati in the Southern Song Dynasty, served as the “Governor of Eastern Zhejiang”, he went to Fenghua to give lectures, and was invited by Shan Qin, a literati from Huixi Village.

In order to commemorate Zhu Xi’s visit, Huixi villagers changed Huixi to Huixi and the village to Huixi Village with the character “Hui” in Zhu Xi’s name.

Hidden, the meaning is that the wood is dark and prosperous at the root, and it means the hidden meaning.

In 2004, Huixi Village merged with Yingbai, Big Bird and Ruoxi, and was renamed “Mingxi Village”, and the stream Huixi was also changed to Mingxi.

The Jinshan Covered Bridge at the entrance of the village and the republic of China bunker in the village are worthy of appreciation. 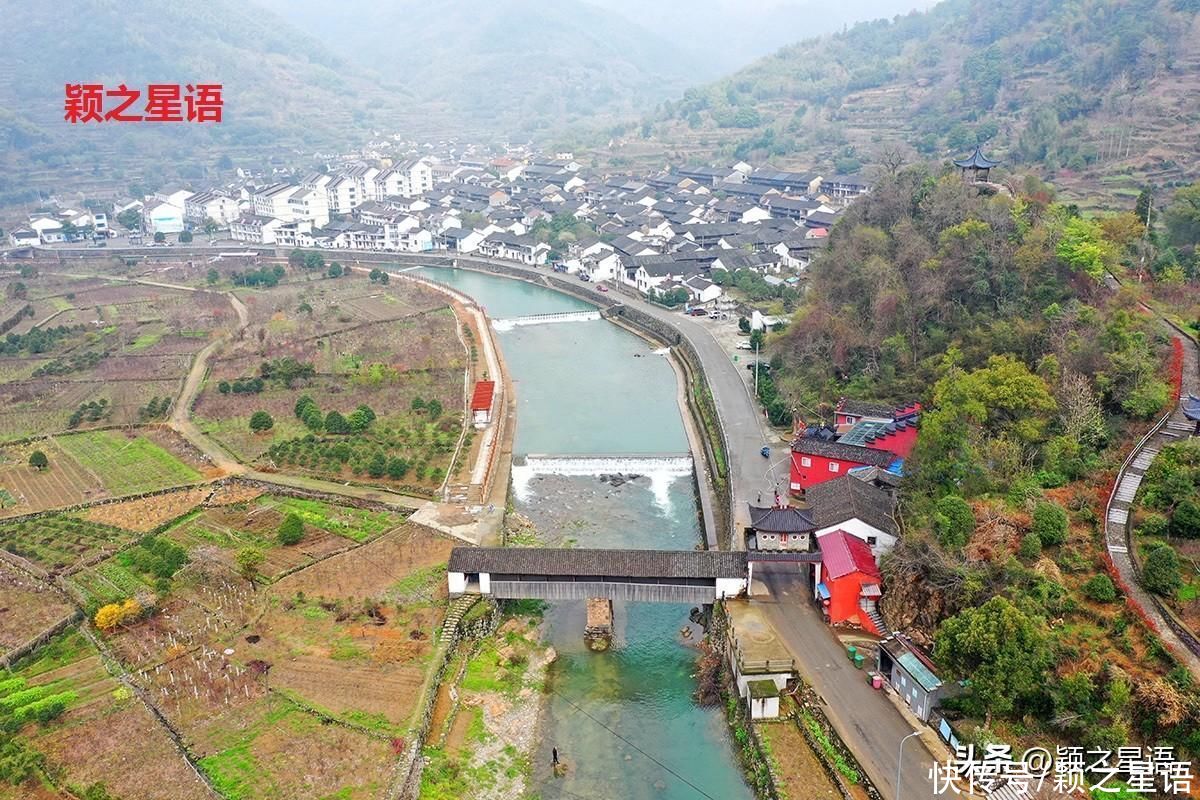 The houses with earthen walls and tiles are stacked on top of each other. People go to empty houses, and the once lively villages are deserted and lonely.

Some people say that if there is a war one day, the uninhabited villages will be lively again, and no amount of houses in the cities will be as good as those in the villages. A crappy room! 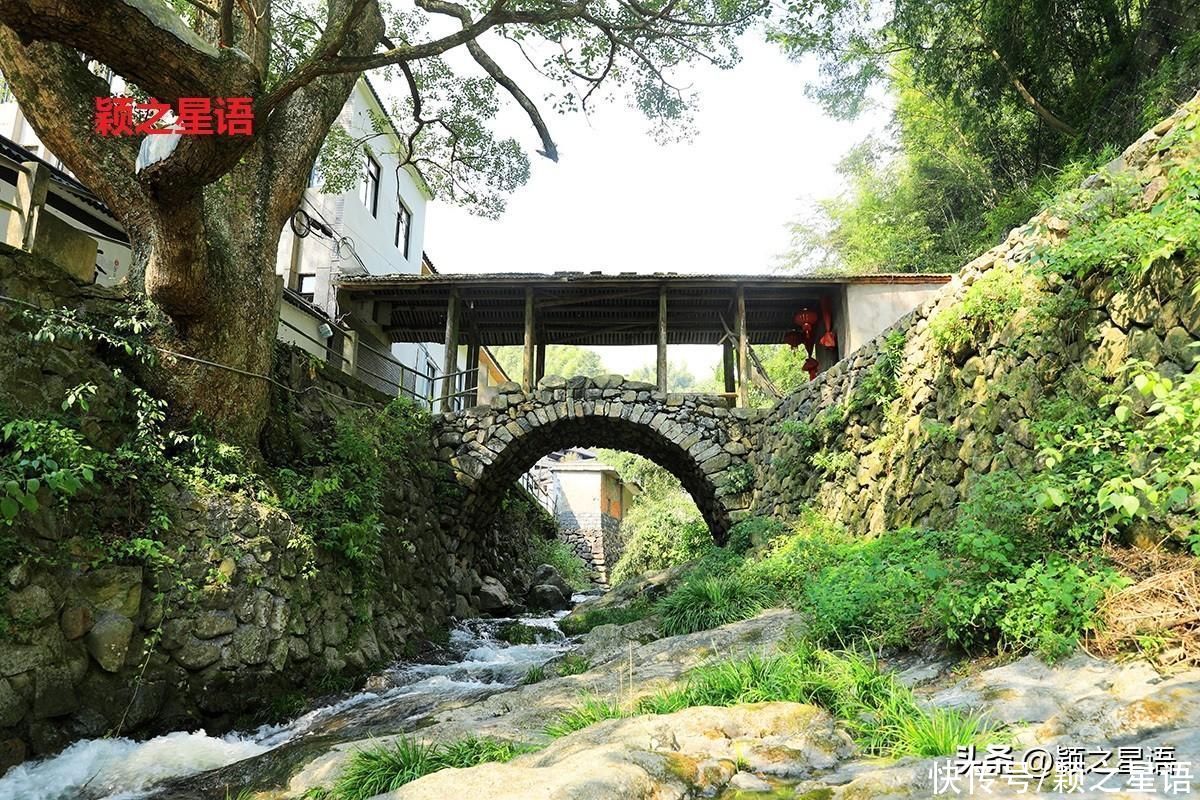 There are five Shimen villages in Ningbo , one in Lubu Town, Yuyao City, Ningbo, two in Xikou Town, Fenghua District, and two in Dajia He Town and Liyang Town in Ninghai County.

Xikou Town by the Mingxi River.

The villagers recalled that the original stone gate, which was narrow and standing on the wall, stood against each other, was a It is a spectacle of nature.

Around 1979, when the Dongdong Line Highway was built, the Shimen was greatly cut, and the original appearance was changed.

The once magnificent momentum of Shimen is only for imagination.

Gezhu villagers are mostly surnamed Wang, which comes from Fenghua now In the area of ​​Wanzhu, Dayan Town, District, the Wanzhu Wang family started from Wang Jingxin, who was a thorn in Mingzhou during the Tianyou period of the Tang Dynasty.

When Wang Caiyu was 18 years old, she married into the Zhu family in Caojiatian, the hometown.

Wang Caiyu, who was in despair, went to the Jinzhu Temple in the lower reaches of Gezhu Village, and led him to practice.

Wang Caiyu has a cousin named Wang Xiandong, who is in charge of the shop at Jiang Zhaocong’s house in Xikou Town. 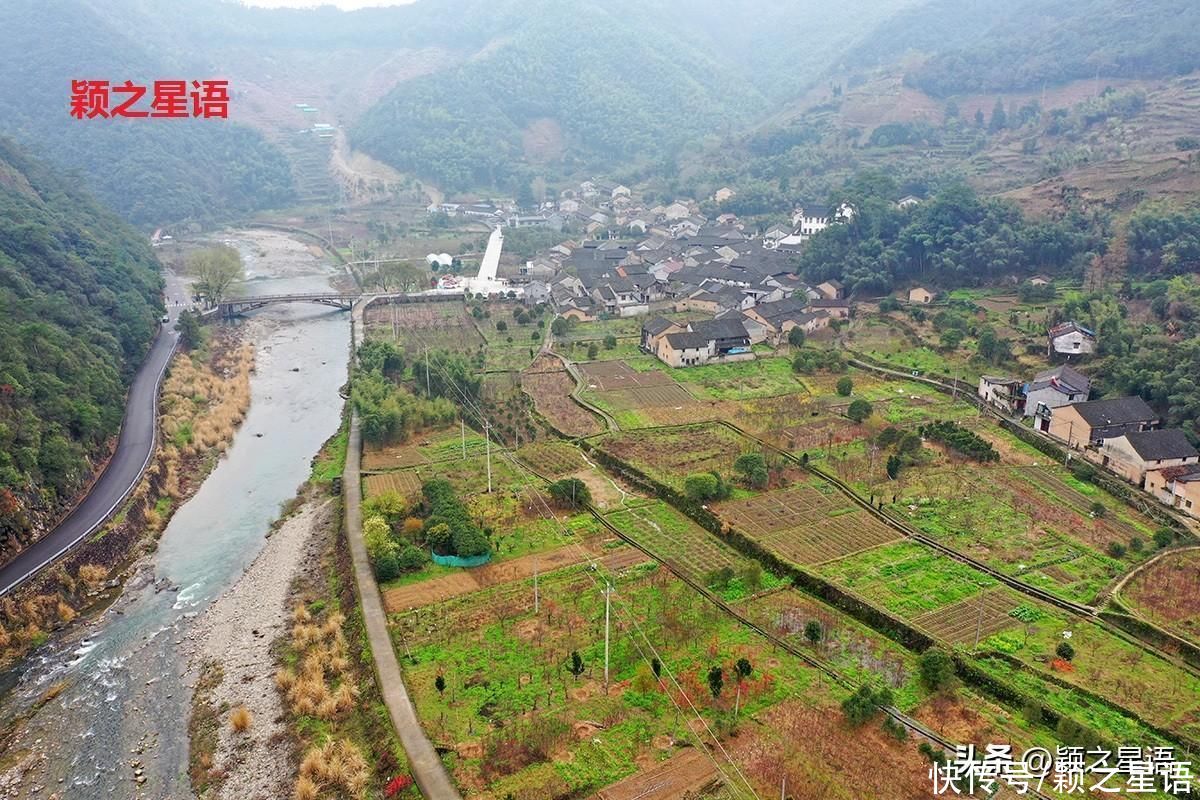 The name of Zhuling Village comes from the fact that Huang Chao Yijun once stationed stay on the mountain.

In August 878 AD, the Huang Chao uprising army failed to attack Xuanzhou, and was forced to move to eastern Zhejiang, and then to Fuguang.

“Huang Chao led the rebels to cross the foot of a mountain, and the sky would be dark, which is called ‘Xiao Hui’. After another mountain, the sky was dark, it was called ‘Da Hui’. ‘Zhuling’.”

Huang Chao’s rebels had to garrison on the ridge after dark, hence the name Zhuling.

Xiaohui Ridge and Dahui Ridge are located on the west bank of the current Tingxia Lake Reservoir. Along the Dongdong Line Highway towards Mingxi, you must climb Dahui Ridge. To the southwest of the ridge are Banzhu Village and Zhuhai Village. Ridge Village. 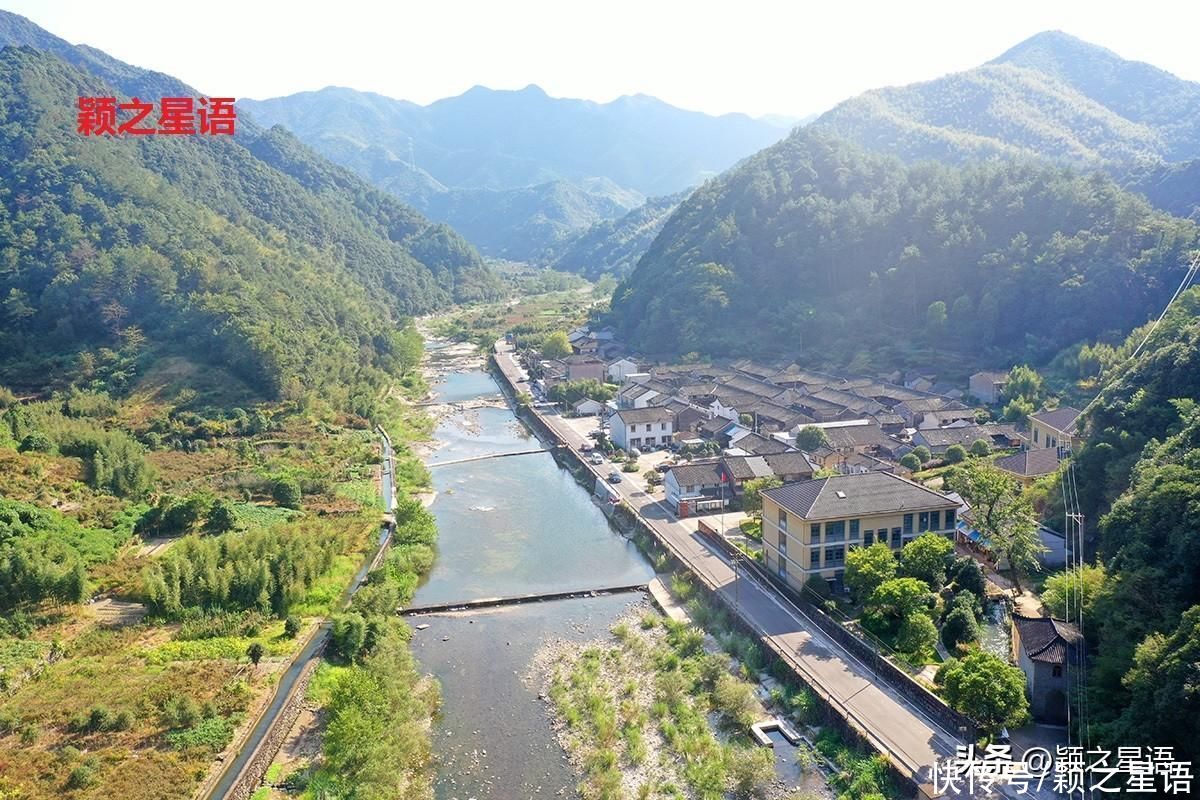 The name of Bamboo Village comes from bamboo in the village. There are stripes on it, which is called Banzhuyuan, and the village is named after bamboo, hence the name Banzhu Village.

Banzhu villagers are mostly surnamed Yu, who moved from Wufeng, Xinchang. During the reign of Zhezong Zhao Xu and Yuanyou in the Northern Song Dynasty, Yu Jingfu in the village became a scholar and became an Anding County Horse, so Banzhu is called “the hometown of County Horses”. 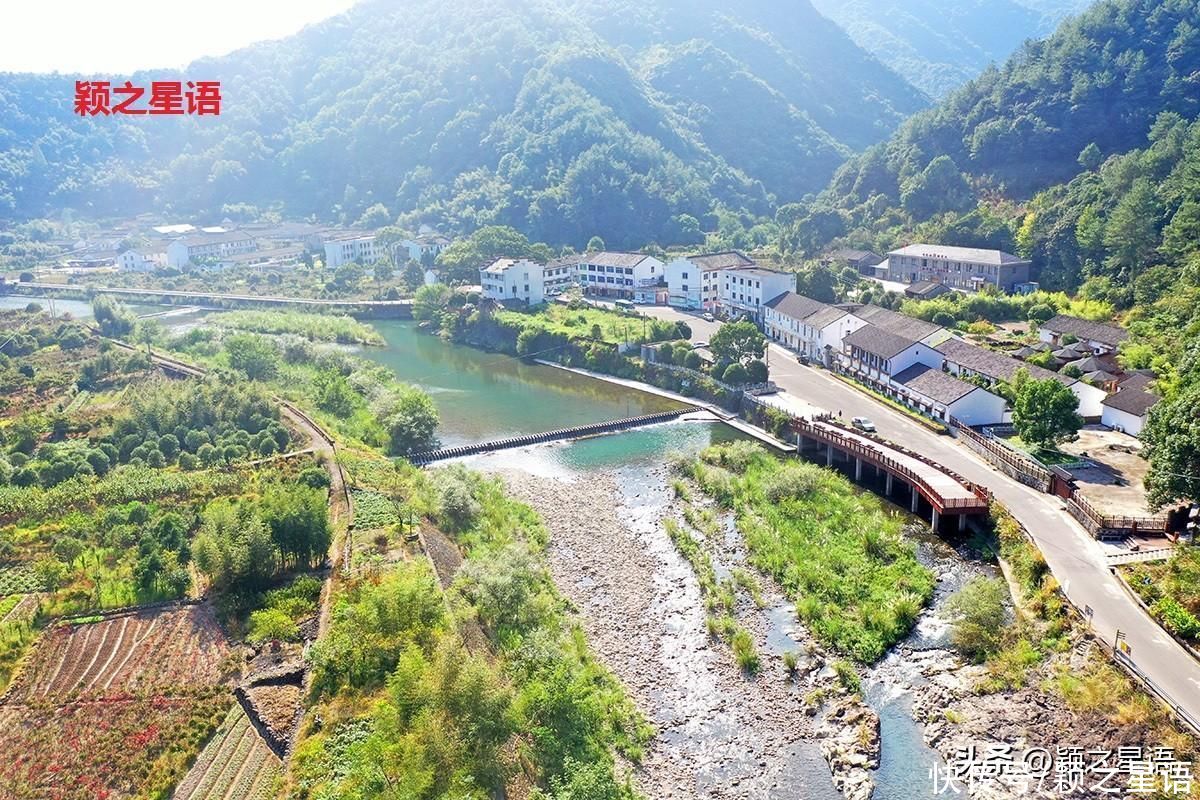 There is a billboard in the village, the content is actually Banzhu Village, Xinchang, Zhang Guan and Li Dai.

Although the brand is small, it hurts the elegance and is very outdated. 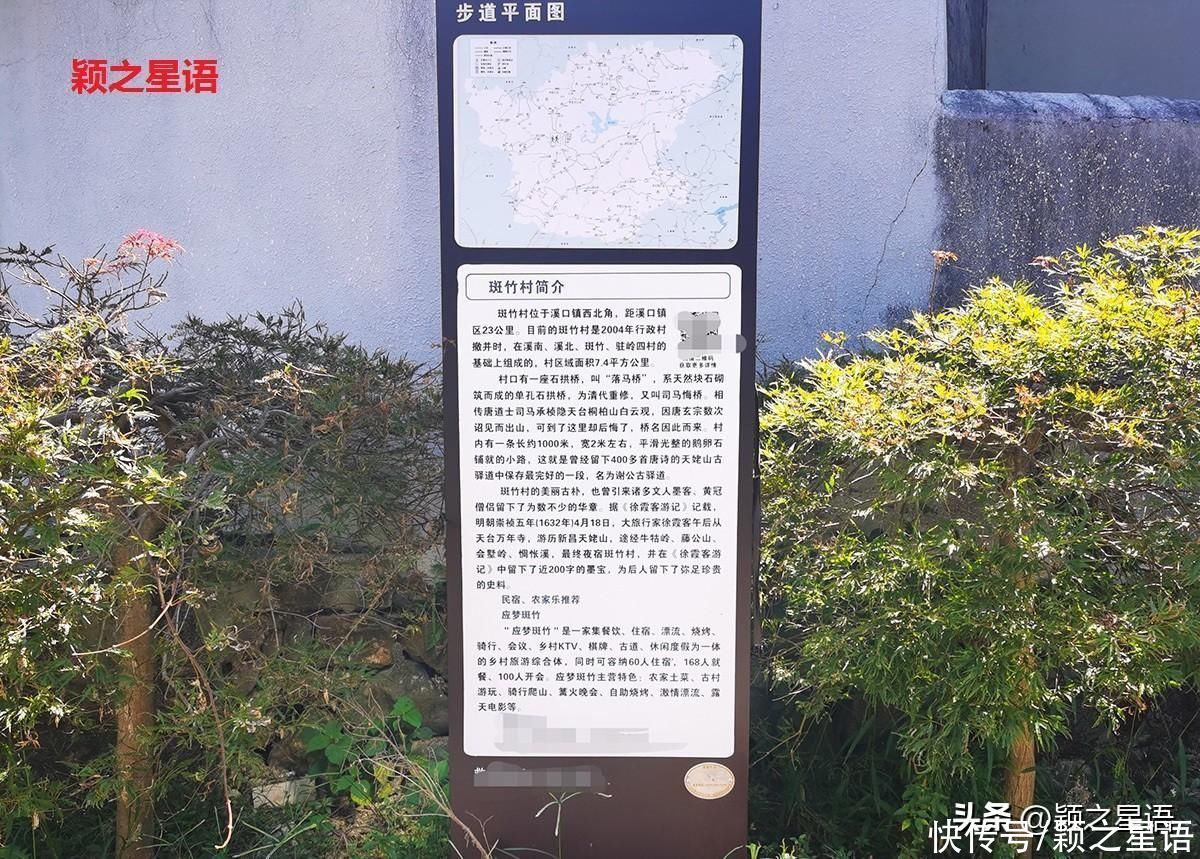 On July 27, 2022, Yingzhi called for the third time to remove this billboard!

On July 29th, Fenghua District replied: This misplaced propaganda board incident is a malicious hype, distorting the facts, and the board has been removed! 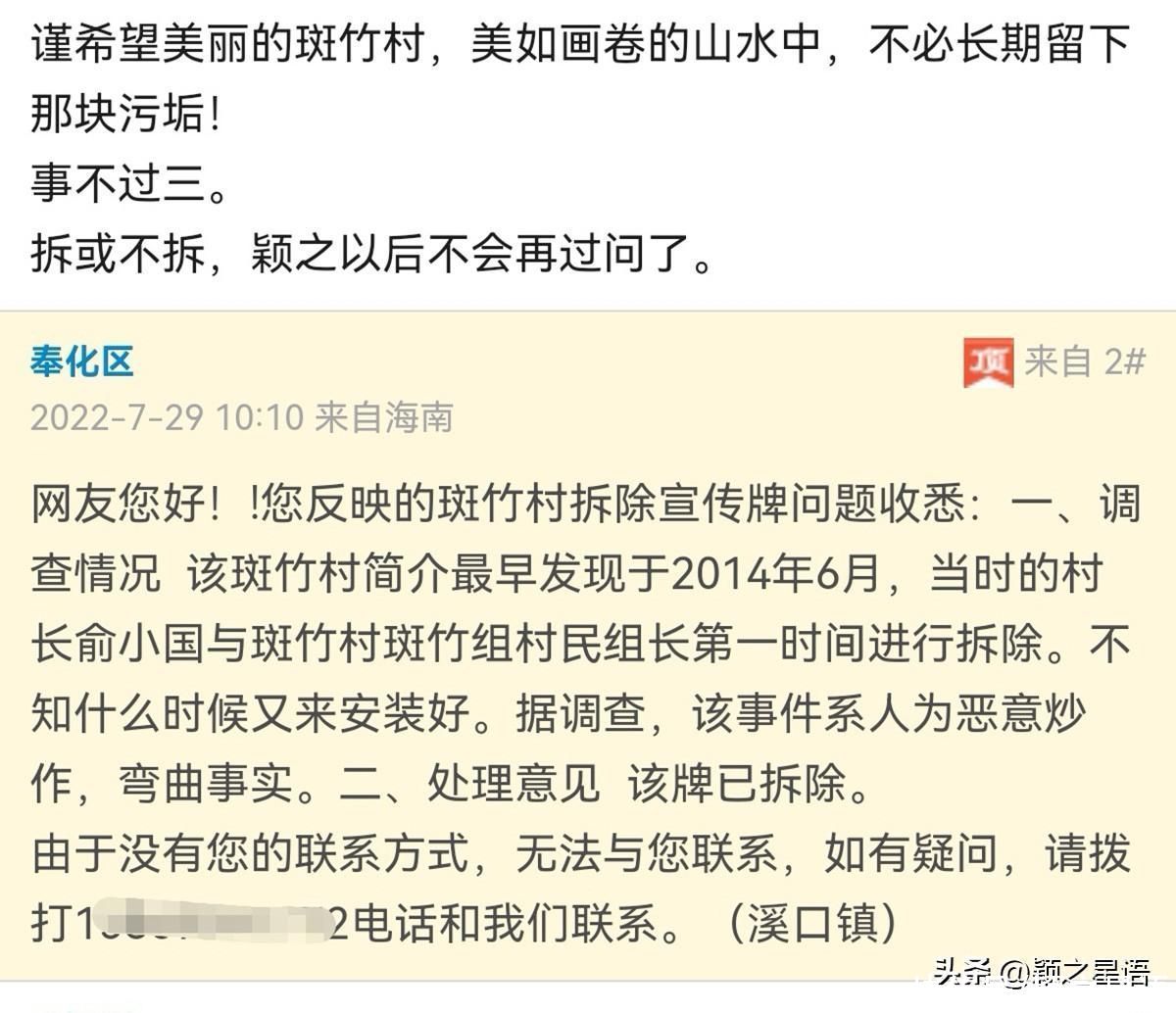 The uninhabited canyon, the secret scenery, can be described as the small Three Gorges in Ningbo!

Near hills and far hills, with thousands of manners, lake water inlaid with peaks, waves and shadows, unique style.

Mingxi was originally named Huixi. Another way of saying it is derived from the names of Dahuiling and Xiaohuiling where Jiuqu Dahui is located. 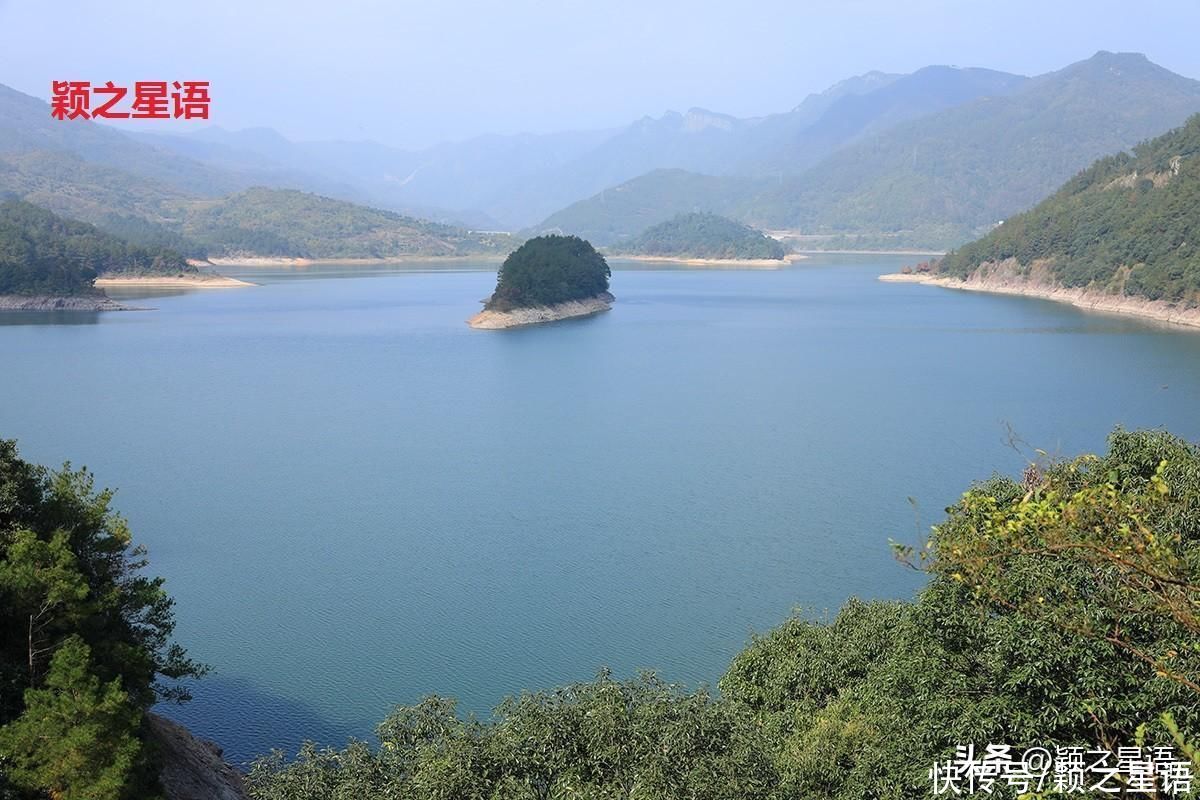 On November 2, 2019, Yingzhi once traveled through the dark in the villagers’ boat. The boat was swaying and she didn’t wear any clothes. Yingzhi was afraid of deep water and could not swim. Fear was inexplicable, so I stopped halfway and walked to the Tingxia Lake Reservoir Dam. 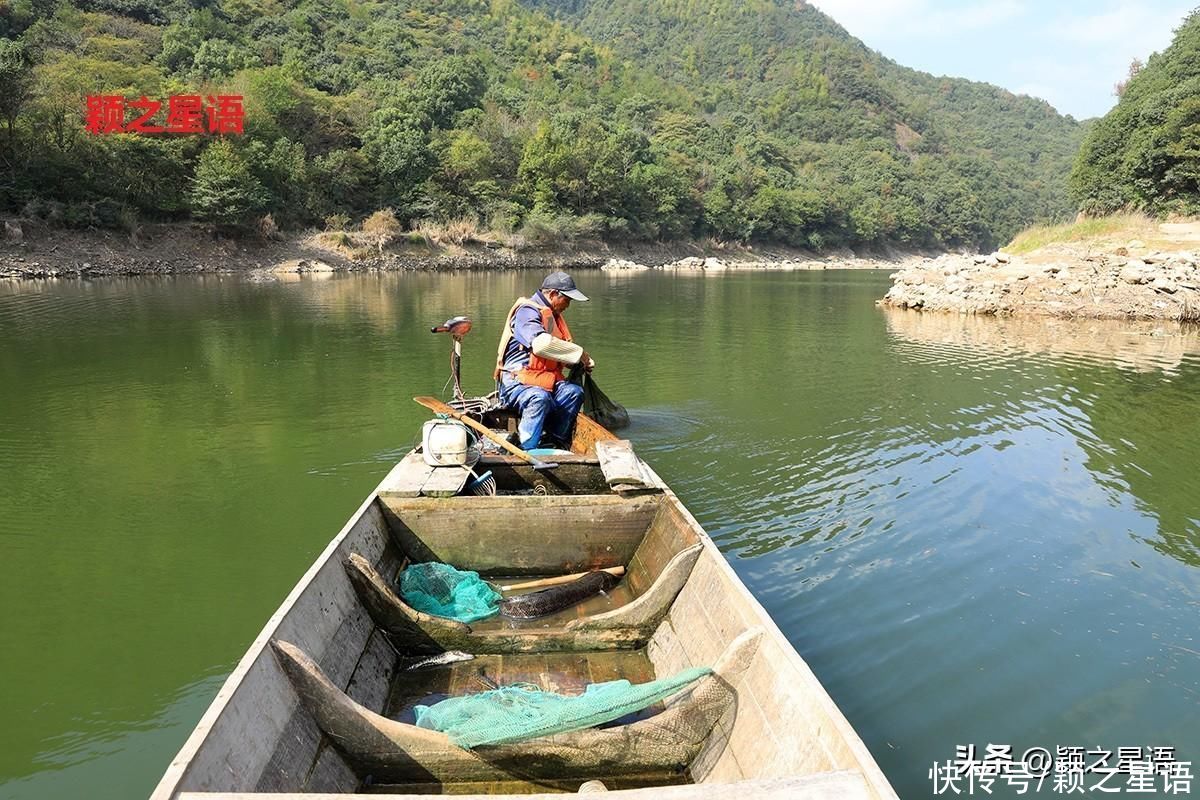