On August 2, a local case related to outside Beijing was found in Huairou District, Beijing. It was a person who returned to Huairou from another province on August 1 and lived in Longshan Street. No. 122, Dongguan Second District, has been transferred to a designated hospital. 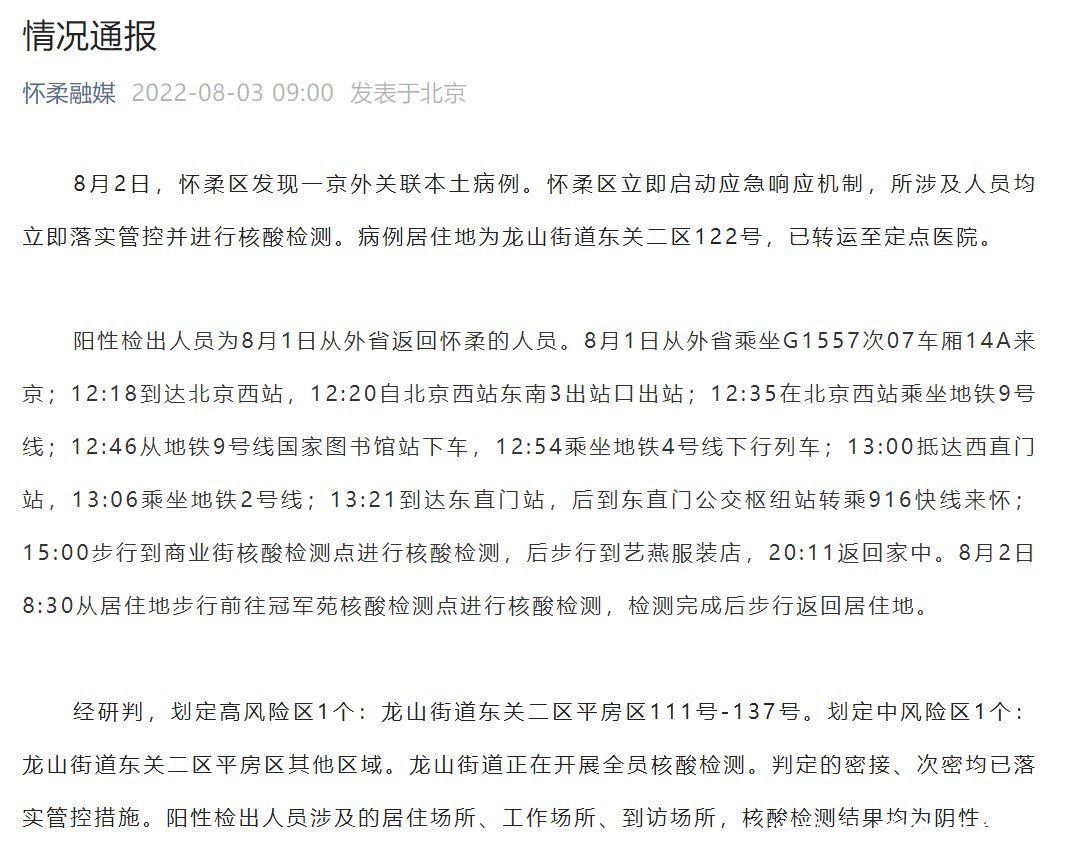 At 16:00 on August 3, Beijing held the 383rd press conference on the prevention and control of the new crown epidemic to report the latest situation of the epidemic.