The grass is just beginning to sprout and spring is warm, and it is time to plant trees. On April 18, Shi Taifeng, Wang Lixia, Li Xiuling, Liu Shuang, Yang Weidong, Bao Gang, Zheng Hongfan, Ding Xiufeng, Huang Zhiqiang, Hudagula, Yu Lixin, Ma Qinglei, Lin Shaochun and other autonomous region and provincial military leaders came to the autonomous region for party, government and military duties. The tree planting base participates in voluntary tree planting activities together with the cadres of the capital government, and jointly plant a piece of new green for Qingcheng. 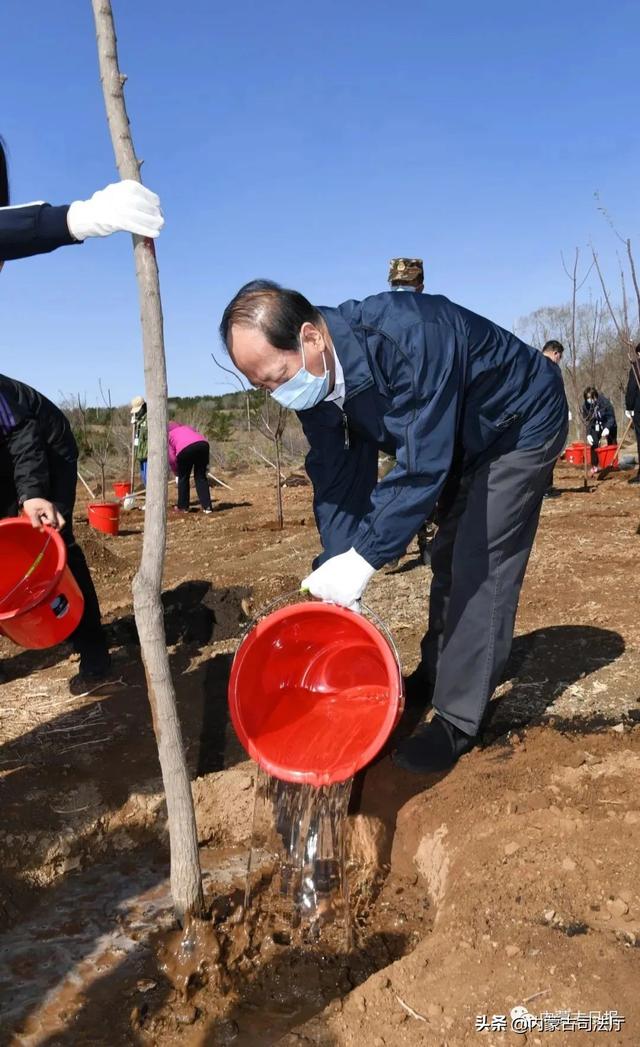 On the morning of April 18, Shi Taifeng, Secretary of the Autonomous Region Party Committee and Director of the Standing Committee of the National People’s Congress, voluntarily planted trees in the Hohhot Autonomous Region. The base participates in voluntary tree-planting activities together with the officials of the government agencies. Photographed by reporter Yuan Yonghong

The scene of the tree planting scene was in full swing. At about 9:30 in the morning, the leaders of the party, government and army of the autonomous region arrived at the voluntary tree planting base by car. Shi Taifeng and Wang Lixia took shovels to join the tree-planting team when they got off the car. Everyone started working together, shoveling and shoveling soil, raising soil cofferdams, and watering with buckets.

In the interval of tree planting, Shi Taifeng communicated with the responsible comrades of the relevant departments and asked about the variety of seedlings and daily management and maintenance. He emphasized that afforestation should not only pay attention to planting, but also pay attention to management and protection, strengthen forest conservation and management, and ensure the survival rate. It is necessary to select suitable seedlings for local planting according to local conditions, pay attention to the diversity of tree species, and use mixed forest planting technology to avoid problems such as pests and diseases and soil fertility decline caused by widespread planting of a single tree species. The majority of cadres and masses in the region must firmly establish the concept that lucid waters and lush mountains are invaluable assets, vigorously implement land greening actions, continue to work hard to protect the ecological environment, and make the home where we live together greener and more beautiful.

Provincial leaders of the Party Committee, the Standing Committee of the People’s Congress, the government, and the CPPCC of the autonomous region, the “two chiefs” of the autonomous region’s legal inspection, the Inner Mongolia Military Region, and the Inner Mongolia Armed Police Corps Leading comrades at the military level, cadres from the relevant departments of the district and Hohhot city organs participated in the tree planting activities.

Since my country passed the “Resolution on Carrying out the National Voluntary Tree Planting Movement” in 1981, a total of 390 million people in Inner Mongolia participated in voluntary tree planting, and the total number of trees planted More than 2 billion trees have been established, more than 3,800 voluntary tree-planting bases have been established, and the forest coverage rate has increased to 23%.