Although the heat of midsummer has not completely dissipated, the full moon on August 15th arrived as promised.

Our old friend, the hospital moon cake, has also improved his skills this year and is ready to go. The vast land of China is full of splendor. Welcome to episode 6 of the Clove Review, Meet the mooncakes again.

This year, most mooncakes are still subject to purchase restrictions, and some need to be snapped up on time. With the help of our friends, we have collected a total of 21 types of mooncakes from 7 units.

At the same time, in order to further ensure the objectivity of the assessment, our judging panel has reached a new high of 10 people.

Ahhh: I’m tolerant of all the wonderful flavors, but it’s too sweet.

Darkness: Mooncakes can be creative, but not murderous

Barking: Eating with a candy jar

Shark Chili (Peace Star Version): I have eaten pineapple cakes made from a hundred kinds of real pineapples, but I still like the fruit stuffing disguised as winter melon pulp

Zhang Fa Cai: This dessert is delicious as long as it is not sweet

Zhao Wanwan: Among the tasters, he is more northern, and his childhood mooncake memories are filled with winter melon and Cantonese five-nuts

Kill the moon cakes to cheer everyone up

We will evaluate mooncakes from five dimensions and give them different weights: Taste (50%), Appearance (20%), Variety (10%) %), cost performance (10%), creativity (10%), and the final weighted calculation of the total score of the mooncake.

There are many schools of moon cakes in the rivers and lakes. In recent years, rising stars have emerged in large numbers. But in many people’s minds, there are only two kinds of moon cakes: Cantonese style, and others.

The Guangdong team selected two contestants to show us what real mooncakes are.

The swollen mooncake is full of classics and righteousness. After all, it has written its own taste on the cake. Although I lost the joy of opening the blind box, it also avoided the impact of the blind box.

The egg yolk white lotus is simple and pure, very similar to the childhood when you can play downstairs and sweat profusely and say “Mom, I’m back” even if you don’t do your homework. 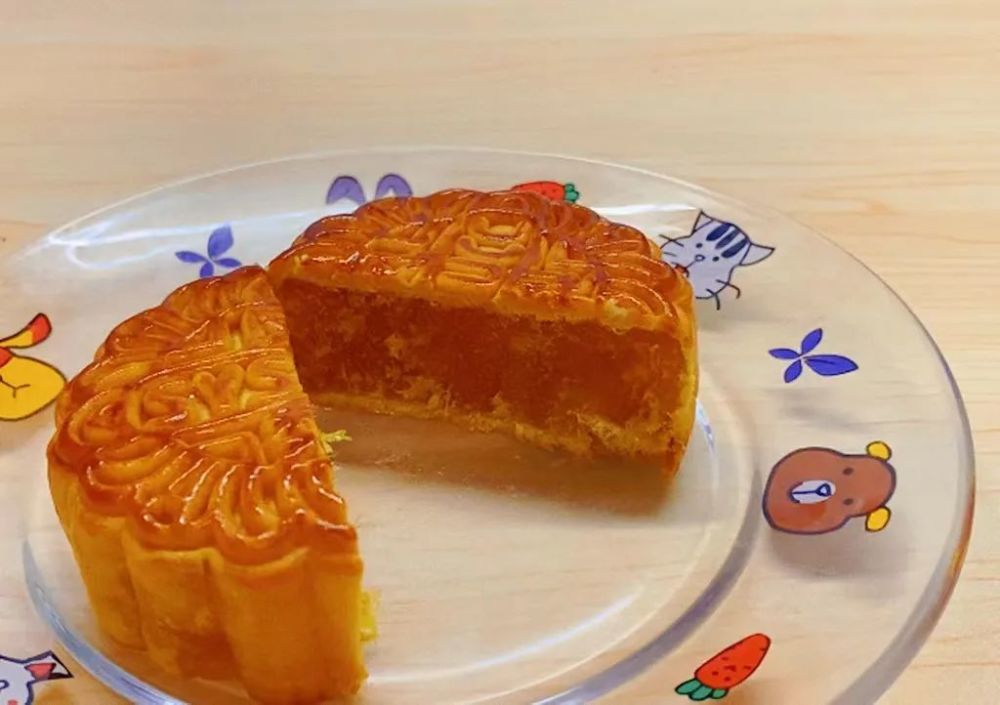 Another classic pineapple flavor, the skin is thin and the filling is large, and the moment it is cut, people call it a golden legend – Although the winter melon flesh was seen through at a glance.

This mooncake has conquered reviewers who are not pineapple lovers:

It’s sweet but not greasy, QQ bombs can’t be drawn, reminiscent of summer vacations by the sea, and tiptoe stuffing gifts into luggage racks.

On the other side, the Abaa reviewer wrote an article “Love Wu Ren Shuo”:

The swollen five-kernel mooncake: nutty, ham moist, sweet with a slight salty aroma, the more chewy it is, the more delicious it is!

Sun Yat-sen’s moon cake gift box is already a little better in appearance, because – it turns out to be a double door.

Slightly salty egg yolk is fragrant and soft and glutinous. The light bean paste covers up the fishy smell of egg yolk, and after just the right fusion, it has a long-lasting fragrance. It is the best mooncake of the year in my opinion! 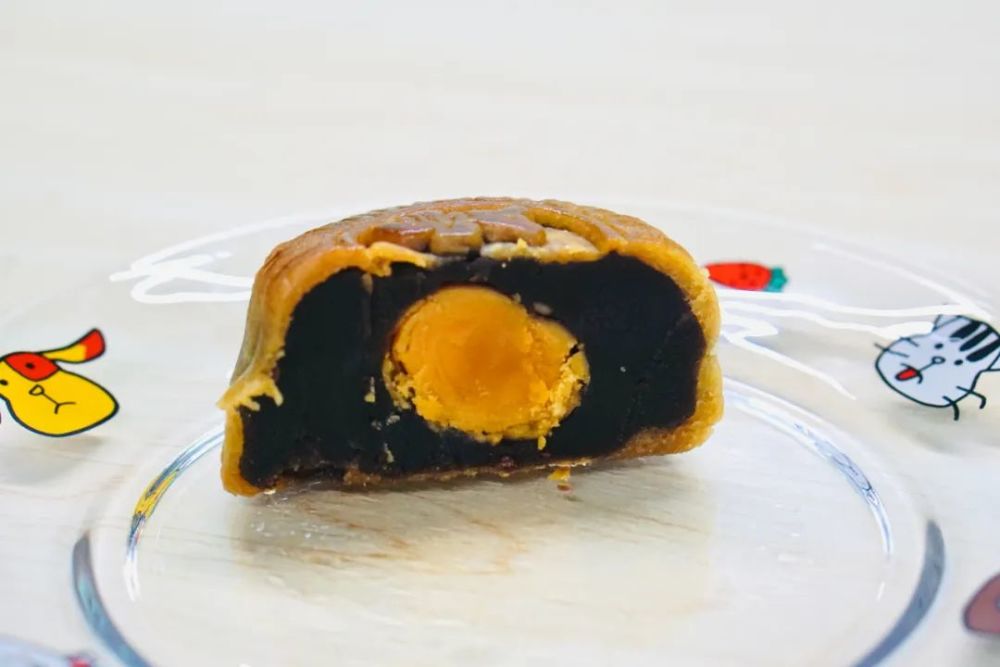 Different from the sweetness of some Cantonese-style five kernels, this year’s Sun Yat-sen fiveOn the basis of previous years, the sweetness of the kernels has been reduced, and the taste has been adjusted from straight sweet to a little salty to increase the flavor. After a long time!

Arriving on the southeast coast, the strength of the layers of puff pastry in the Suzhou-style mooncake should not be underestimated, and it has the potential to compete with the Cantonese-style mooncake.

A variety of meat fillings set off a carnival on the taste buds of the salty party.

The Second Affiliated Hospital of Zhejiang University School of Medicine

The contestants from the Second Academy of Zhejiang University who participated in the evaluation again lost their gorgeous packaging this year. The question is that we were not fast enough to grab the gift box. But gold always shines, and good mooncakes are always praised. The simple mooncake with mustard and fresh meat was delivered to our company from the canteen window all the way, and it still kept a touch of warmth.

Can’t wait for Reviewer Cao Karou to eat the warmth of home in one bite:

Stable combination of sweet and savory + real meaty taste, very similar to the handmade steamed buns and pancakes at home during the winter solstice, summer solstice and other solar terms, reminds me suddenly before I went back to boarding school , my parents literally stuffed ten autumn afternoons in my backpack.

The moon cakes from Ruijin Hospital, which had been exhausted all the way, had lost a cake sample when they were delivered to our company, but the “fresh meat moon cakes” on the outer packaging still evoked the jury’s consistent opinion of it. good impression. 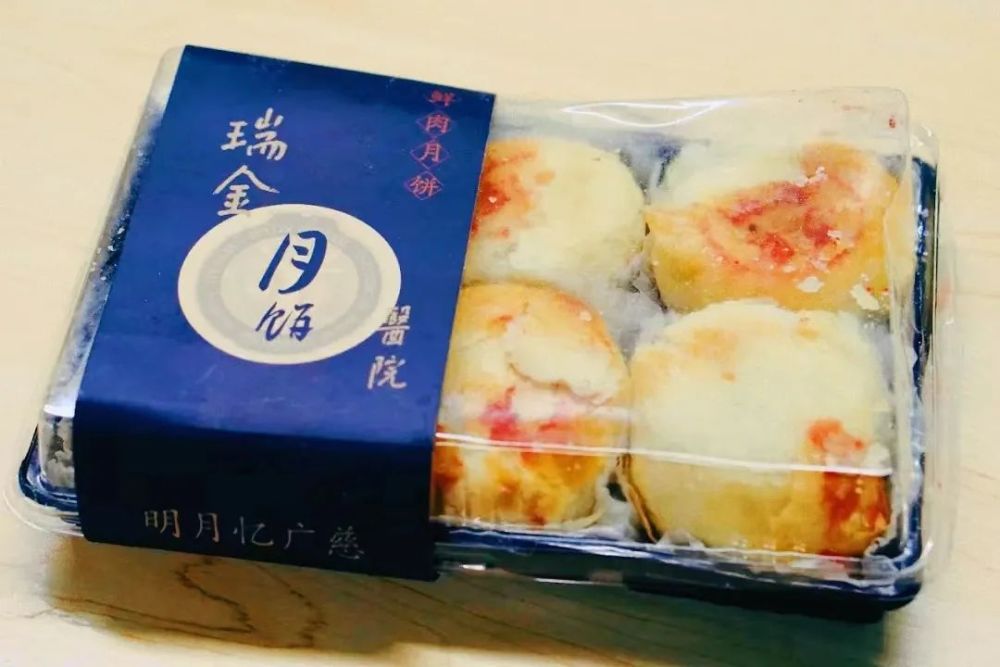 However, upon opening the package, the faintly visible three characters of “Salt Du Xian” on the moon cake made us suddenly change from miss to imagination. 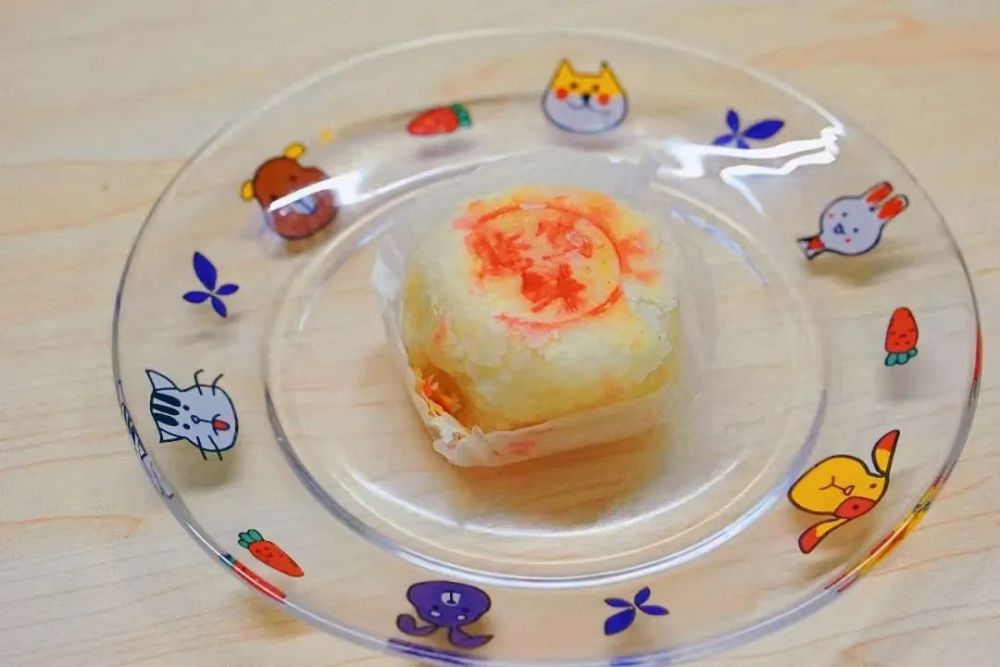 After five years of reading in Shanghai, Zhao Wanyuan, who was still unable to accept pickled Duxian, was subverted after his heroic taste test:

When I just eat it, I don’t have the abruptness of the bacon, but prefer the softness of the fresh meat, but if I continue to taste it carefully, I can still feel the taste and aroma brought by the bamboo shoots. .

It’s coming, it’s coming, it’s bringing the emperorThe crown has come, and the Guizhou Provincial Medical Moon Cake, which has won the championship for two consecutive times, is still popular this year. 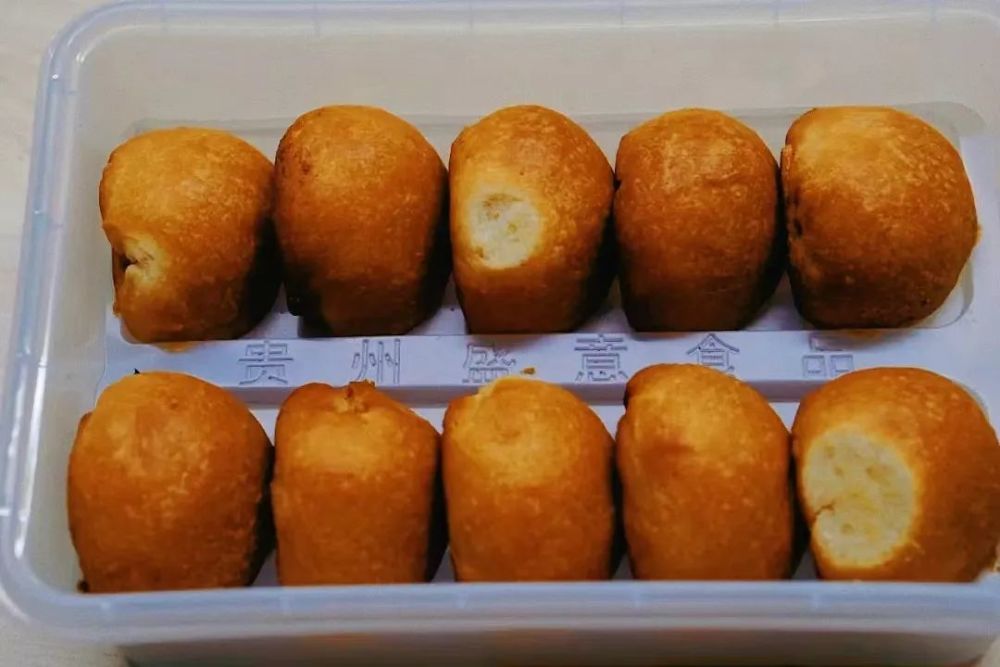 It is also a meat filling. Entering the inland, the masters of the Yunnan-Guizhou Plateau make flowers, and the Yunnan-style mooncake is unique with its salty and sweet taste.

The HMQ reviewer who tried the ham mooncake for the first time said: The combination of sweet and savory can be so wonderful, 4 points to start!

Look at this mooncake, its outer layer is loose and sweet like pastry, while the ham in the inner layer is not sure how to make it, but also a little crispy. It can be said that it has no fear after being beaten by waves , to stand on the top of the decisive battle and the diet department and not fall.

After some intense judging, only three of the ten mooncakes remained. It’s good to have a light taste, but some people steal the whole thing.

Going all the way to the north, this year I have the honor to invite contestants from Beijing to cross the Qinling Mountains, bringing the taste of the north.

Beijing Xiehe, who participated in the competition for the first time, exudes the heaviness and elegance of history from the packaging. 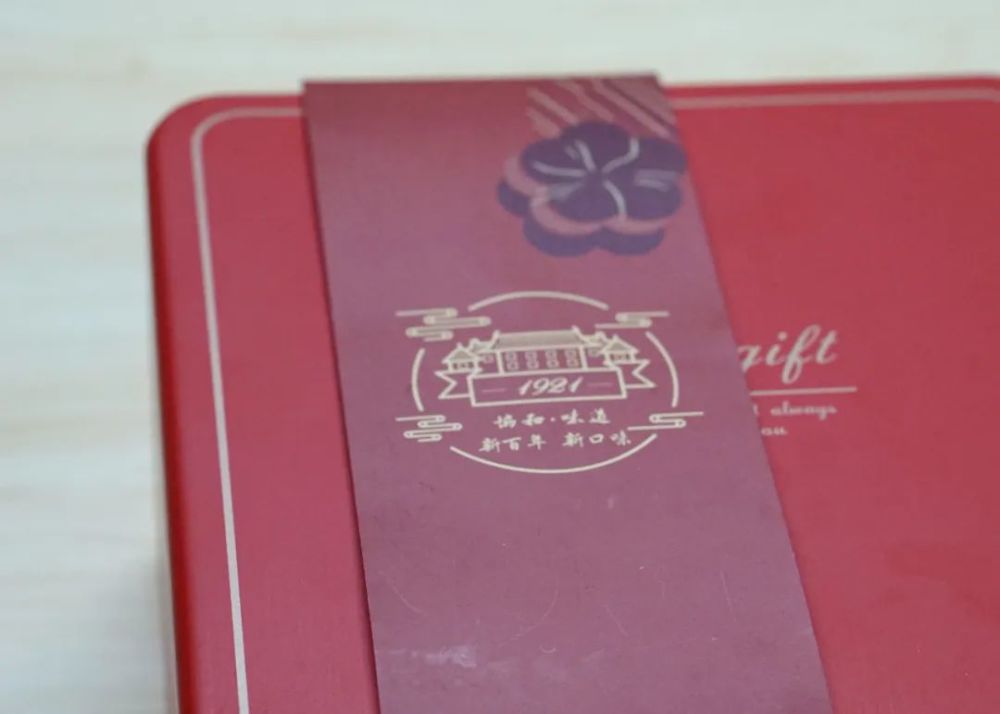 Opening the box, the colorful moon cakes made the office suddenly fall into silence. But we were quickly ashamed of our superficial aesthetics. 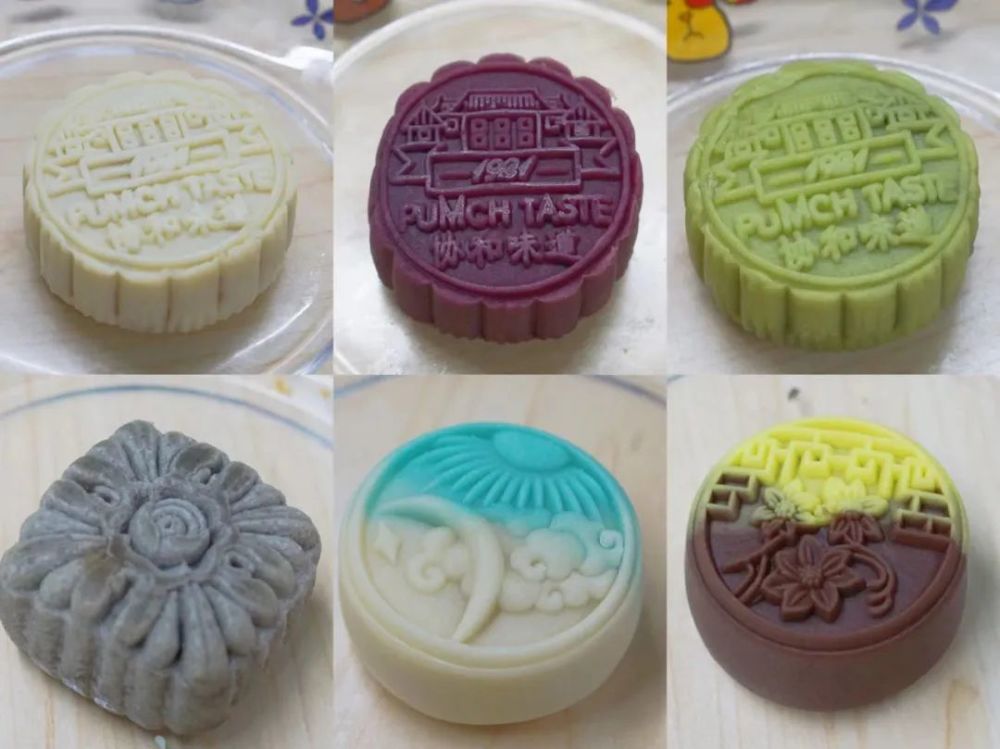 Because, it’s so delicious! !

As the only square contestant in this test, the black rice and walnut mooncake exudes a distinctive, intelligent, nutty aroma. 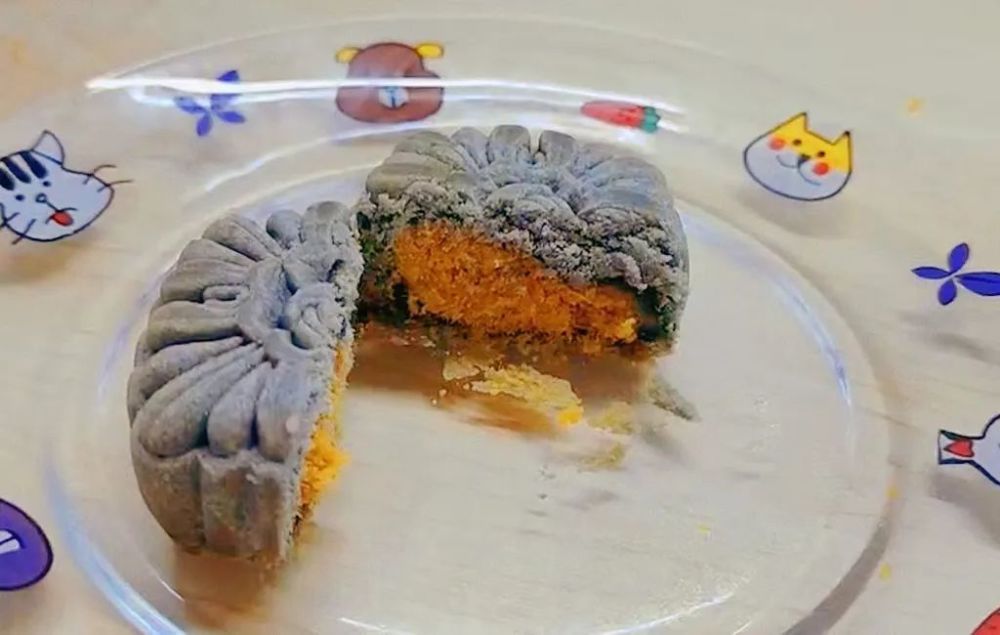 The gray outer belt has a matte texture and an ingenious square appearance, actually showing a high-tech sense of digital products?

Only looks stand out from the crowd. If you tell me this is the next generation of mobile phones, I believe it (nonsense).

Bright breeze and white dew night, half the moonlight and half the river in autumn, ah… I think of the moonlit night when the autumn wind in the No. 9 courtyard changed to Beiping overnight.

Shocked! The pure white Xue Mei Niang actually has a pure black wild heart! The black lava flowing deep in the heart exploded on the tip of the tongue. Just take one bite, take another bite, and it will melt!

Returning to the simple shape and simple color matching, coupled with the exquisite “Concord” pattern, the classic taste of mooncakes is also online.

It is worthy of Xiehe, the atmosphere is high-grade, the taste is sweet, the lotus seed paste is delicate, and the two yellow children are big, round, yellow and salty, which is my love.

It is also Wuren, and the “Cantonese-style Wuren” produced by Xiehe from Beijing is unexpectedly amazing. The evaluator Yiyi pulled the plate with his own hands, proving that it is really a standard five-ren, inheriting the classic, solemn temperament, solid materials, and mellow taste!

Travel around China and return to my warm home – Lilac Garden. (This sentence is copied to the boss) 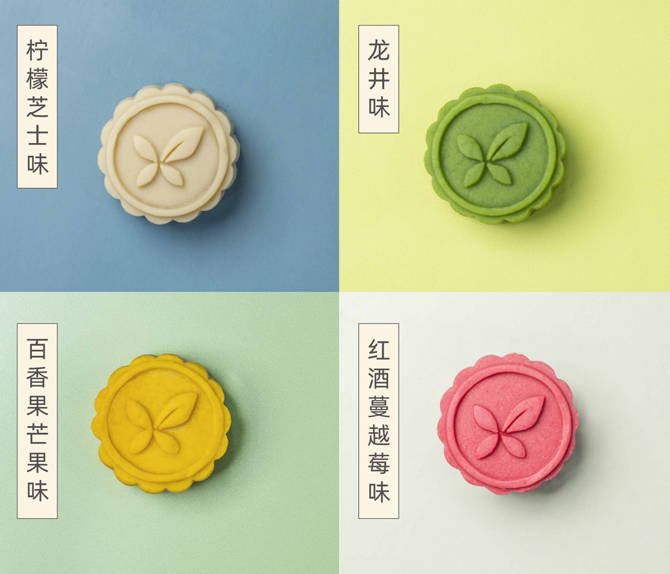 Picture: stolen by the company

Unexpectedly, the luck of this office is not the same as a set of moon cakes, so we continue to carry forward the tradition of kowtow in the company. 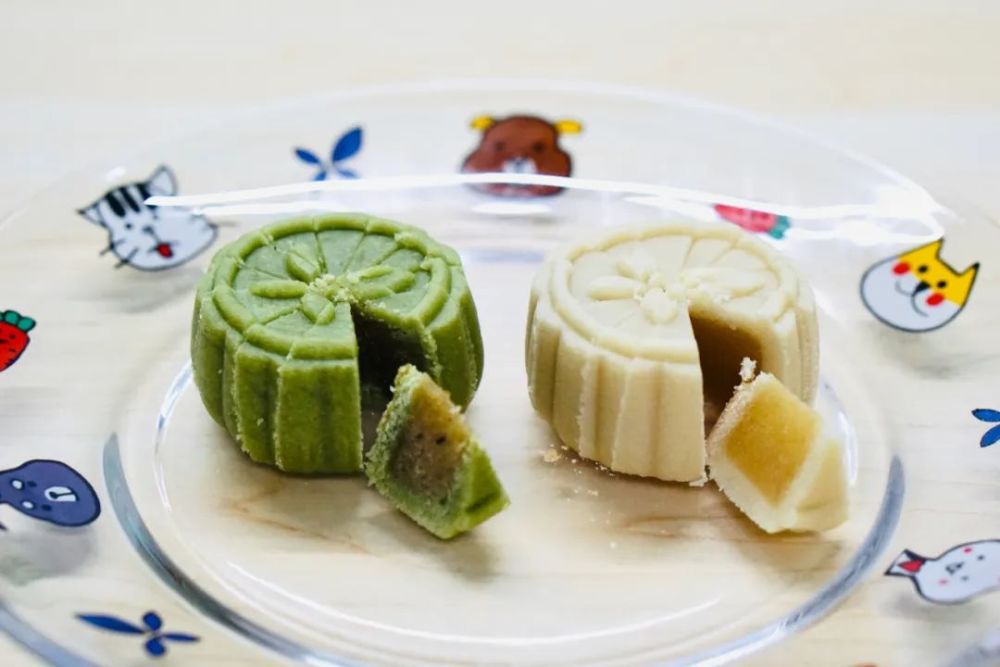 From the moon cake, I tasted the complexity of taking a sip of passion fruit milk tea and pouring a mouthful of soda. So weird, take another bite.

Reviewer Wang Wang Wang gave technical guidance on the red wine cranberry flavor, noting that it was too small to eat, and hoped that Add dried cranberries for extra flavor.

In this regard, the boss said that he has received it, and Wang Wangwang will go to work in the cafeteria tomorrow.

Booming eight glasses of water before our judges slowed down from the ocean of mooncakes. This year we don’t swear to never eat mooncakes again because swearing is useless.

Our judges rated the mooncakes in an impartial and objective manner. For the convenience of statistics, we process the total score of moon cakes and the total score of hospitals as ×2. After some calculations that are not too complicated, we came up with the results of this year’s lilac mooncake evaluation: 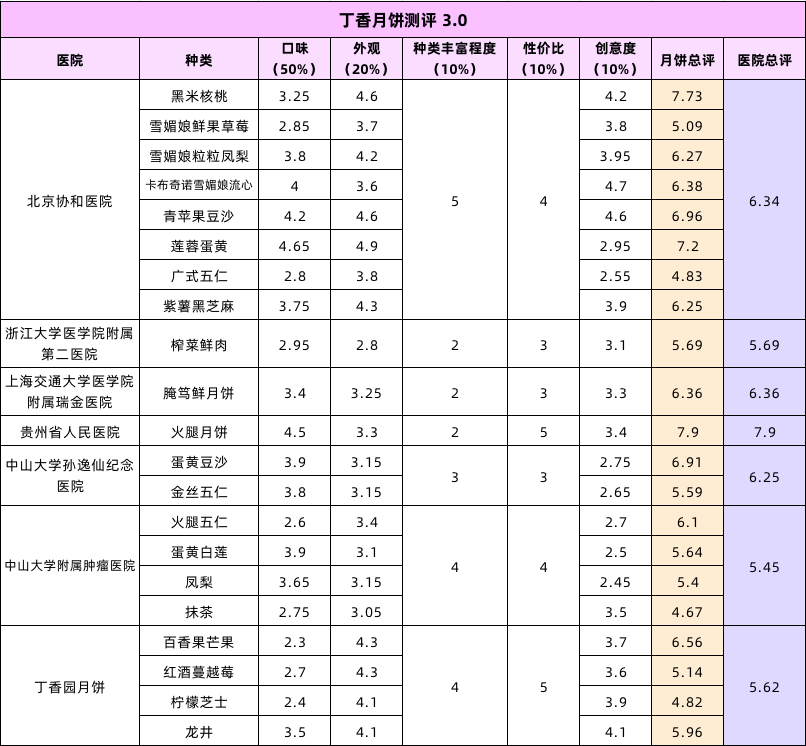 Guizhou Provincial People’s Hospital’s Ham Mooncake has won the title again, and the sword is not old. Available for purchase both online and offline, the price of x yuan / 10 pieces makes it delicious and unburdened. The unique flavor of salty and sweet makes the judges bow down under the pomegranate skirt. In the end, Guizhou Provincial Doctor won the award with a total score of 7.9 points. strong>”Three Consecutive Championships”.

At the same time, Black Rice Walnut Mooncake won the runner-up by a narrow margin, and achieved good results for the first time participating in the competition. This year’s Peking Union Medical College Hospital Like a bunch of colorful dark horses, we’re hereby presenting the “Award for Greatness”.

The Pickled Fresh Mooncake from Ruijin Hospital Affiliated to Shanghai Jiaotong University School of Medicine, although the cake has lost its original appearance, it cannot hide its wonderful taste. In order to express encouragement, In order to express our desire to eat freshly baked moon cakes, we awarded it the “Xiu Wai Hui Award”.

Furthermore, Sun Yat-sen Memorial Hospital of Sun Yat-sen University won the Classic Heritage Award for its exquisite packaging and its ability to let the evaluation team re-understand the strength of Wuren mooncakes “.

Limitations of this study

In addition to the moon cakes tested above, the “Spirit Cake” at No. 600 Wanping South Road, the bean paste moon cake made by Bengbu First People’s Hospital, the exquisite gift box from Shanghai No. 6 Hospital, the Affiliated Hospital of Qingdao University The puff pastry moon cake…and many popular cake brothers. However, affected by factors such as purchase restrictions, panic buying, transportation, etc., my head was smashed, and it was regrettable that it was not included in the evaluation.

I didn’t buy it, I wanted to cry; I bought it, and I felt like vomiting.

I wish you all in advance, a happy Mid-Autumn Festival, and the full moon is always there.