mistaken for heatstroke The weather has been hot recently, and a diabetic friend felt palpitation, chest tightness, nausea and vomiting, and felt that it was a heat stroke, so he drank a bottle of Huoxiangzhengqi water and rested for an hour or two without symptoms. ease. He also had symptoms such as dizziness, sweating, and fatigue, and was rushed to the emergency department of a nearby hospital by his family. The result was myocardial infarction. The doctor said that if you come an hour late, you may lose your life.

How to distinguish between heat stroke and myocardial infarction? 1. Differences in sweating partsHeat stroke mainly sweats on the chest, back, forehead, neck, armpit and other parts, and the skin temperature increases; When a myocardial infarction occurs, the sweating parts are mostly on the neck, forehead, palms, soles of feet, etc., and the skin temperature is relatively low, commonly known as “cold sweating”.

2, the difference between the severity of chest tightnessthe chest tightness is relatively mild during heat stroke Acute myocardial infarction is a sudden onset of chest pain, severe and persistent, accompanied by general malaise, often with a sense of oppression and impending death. Diabetes=CHDTwo studies in Europe and China yielded similar results: Among coronary heart disease patients, 1/3 suffer from diabetes mellitus, and another 1/3 suffer from impaired glucose tolerance. The so-called impaired glucose tolerance is actually a prelude to diabetes, and almost half of the patients with impaired glucose tolerance will eventually develop diabetes. That is to say, 2/3 of patients with coronary heart disease also have abnormal glucose metabolism. 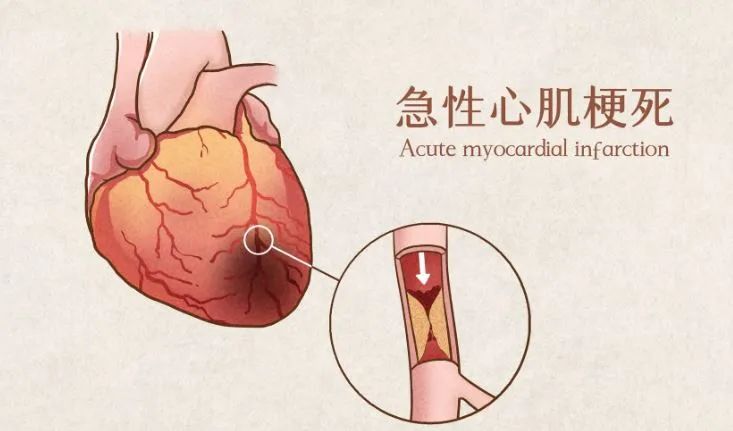 Deadly Threat: Less SymptomsDiabetes patients, due to neurological damage, paresthesias, etc. Cardiovascular and cerebrovascular diseases often appear inconspicuous, unlike typical manifestations, and are easily overlooked. This is the greatest risk of sudden death in diabetic patients.

1. Myocardial infarction most commonly presents as persistent severe chest cramps. However, people with diabetes are insensitive to pain due to neuropathy in the body, and may not feel pain during myocardial infarction, which will lead to delayed treatment.

2. cerebral infarction with symptoms similar to heat stroke, easy to ignoreCerebral infarction caused by ischemic necrosis of cerebral tissue, in mild cases only manifested as dizziness and fatigue, which is very similar to the symptoms of heat stroke. If it is mistaken for hypoglycemia, it is also very wrong. Therefore, people with diabetes should be more alert to cardiovascular and cerebrovascular diseases.

If you have the following symptoms, check immediately

< li>Walking unsteadily, with a feeling of falling to one side;

How to prevent myocardial infarction in summer? 1. Drink water even if you are not thirstyIf you sweat a lot in summer, timely Hydration is very important, especially for people with cardiovascular disease such as diabetics. In addition to drinking 7 glasses of water a day, you can also drink mung bean soup, and drink it in moderation several times to ensure sufficient water and avoid myocardial infarction caused by high blood viscosity.

3, eat less cold drinks cool stuff. The temperature of the diet should be moderate, too hot and too cold will bring great pressure on vasoconstriction, once it exceeds the tolerance range, it will causeCardiovascular and cerebrovascular diseases such as acute myocardial infarction are life-threatening.

4, take a half-hour nap every dayRecommend for sugar friends every day in summer Take a half hour nap. Because of the long days and short nights in summer, and the high temperature, people’s sleep time and quality mostly decrease in summer. Especially for people with diabetes and heart disease, taking a nap for half an hour can reduce the incidence by 1/3.

you If you think this article is helpful to you, please pay attention and forward it to the circle of friends. Other sugar friends will definitely thank you very much! The article source network, the copyright belongs to the original author, if there is any infringement, please contact us to delete it.

Video: Why Do People Get Diabetes? Expert image answers are easy to understand(Source Tencent Video)