A female patient on the hospital bed felt a pimple on her neck. Anyone with common sense knows that most of the pimples in this place are swollen lymph nodes. If you feel swollen lymph nodes, you must first exclude them. The most important thing is the metastasis of malignant tumors, whether it is lung cancer or gastric cancer or other tumors, as long as it causes cervical lymph node metastasis, it is advanced.

This made the patient very nervous and anxious. He was hospitalized in a local hospital. After admission, he checked many items and performed lymph node puncture. The result of the puncture was granuloma. Patients with small nodules will look a little familiar, because this diagnosis sometimes appears on CT, and many people think that granuloma is a lung nodule. In fact, the term is much more complicated. There are many diseases that can cause this granuloma, but The local hospital had no way to give her further answers, so she could only come to our hospital for a look.

Come to our hospital and arranged some examinations for her, one of which is PPD examination, which is to check tuberculosis. In the last century, tuberculosis was diagnosed, and the reference value of this examination is still very large. Yes, the price is not expensive, the operation is simple, and it is not harmful to the human body. Now there are fewer places to do it. The principle is to inject a little tuberculin secreted by tuberculosis into the skin, and see the reaction of the human body. Some people have a particularly strong reaction, then The possibility of tuberculosis is very high. As a result, the patient not only responded, but also swollen greatly, like blisters formed after burns. We strongly suspect that she is lymph node tuberculosis, and the lesions caused by tuberculosis are granulomatous lesions.

So a lymph node puncture was arranged for her, and the tissue punctured basically confirmed our idea. This time, the cheese-like tissue was extracted. It is a typical manifestation of tuberculosis. NGS gene sequencing was performed on her to see if TB could be found. If TB was found, the diagnosis would be confirmed. 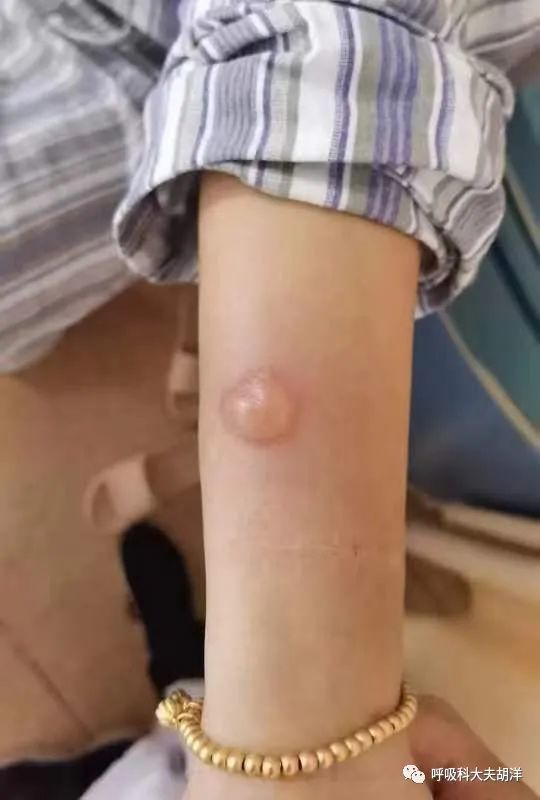