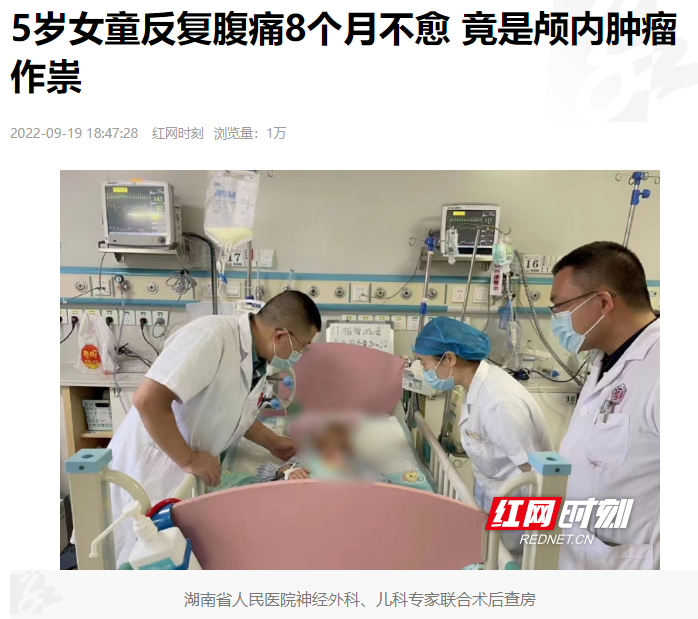 (Red Net, etc.) The 5-year-old girl has been suffering from intermittent and repeated abdominal pain since she had a cold and fever 8 months ago, which could not be cured by taking medicine or injections. tumor. After the combined treatment of the Department of Neurosurgery and Children’s Intensive Medicine of Hunan Provincial People’s Hospital, the girl finally recovered and was discharged. 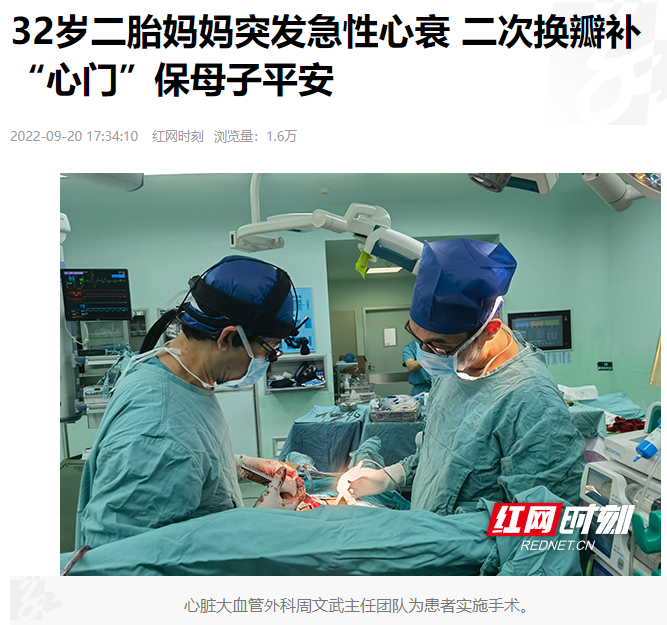 (Rednet, etc.) became pregnant again after 7 years of mitral valve replacement surgery. Unexpectedly, at 12 weeks of pregnancy, thrombosis on the artificial mitral valve caused valve dysfunction, cardiac function deteriorated sharply, and the mother and fetus Life is on the line! The second valve replacement operation was performed by an emergency team of cardiac and vascular surgery experts from Hunan Provincial People’s Hospital, and the mother and child were finally safe.

A 6-year-old boy suffered a broken bronchus in a car accident, and a multidisciplinary collaboration rebuilds the “channel of life” 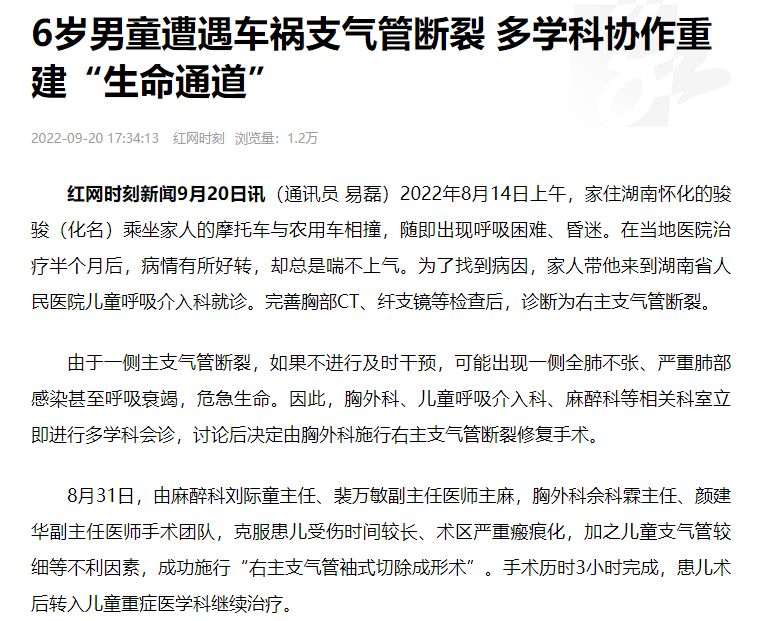 (Red Net, etc.) The 6-year-old boy in Huaihua had difficulty breathing and was in a coma after a car accident. After half a month of treatment in the local hospital, his condition improved, but he was always short of breath. After going to the Children’s Respiratory Intervention Department of Hunan Provincial People’s Hospital, the diagnosis was right main bronchus rupture. The surgical team of Director She Kelin of Thoracic Surgery and Deputy Chief Physician Yan Jianhua successfully performed “sleeve excision and plasty of the right main bronchus” to overcome the unfavorable factors such as long injury time, severe scarring in the operation area, and thin bronchus of children. .

Sit back and relax? An orthopedic doctor tells you what a good pillow is 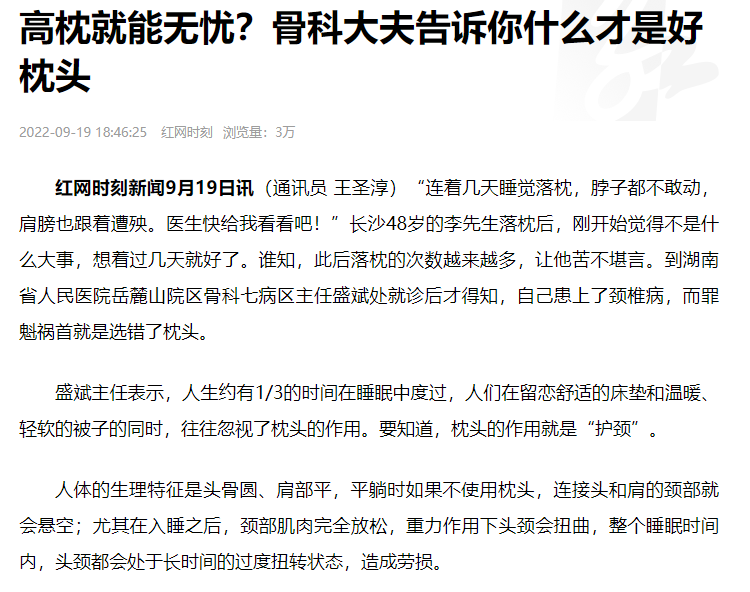 (Red Net, etc.) After Mr. Li, 48, from Changsha got stiff, he thought it was not a big deal at first, but he thought it would be fine in a few days. Who knows, since then, the number of times of stiff neck has become more and more, making him miserable. After I went to the orthopedics department of the Yuelushan District of Hunan Provincial People’s Hospital, I learned that I had cervical spondylosis, and the culprit was the wrong pillow. How to choose the right pillow? Professor Sheng Bin, Director of the Seventh Ward of Orthopaedic Department of Hunan Provincial People’s Hospital, tells you… 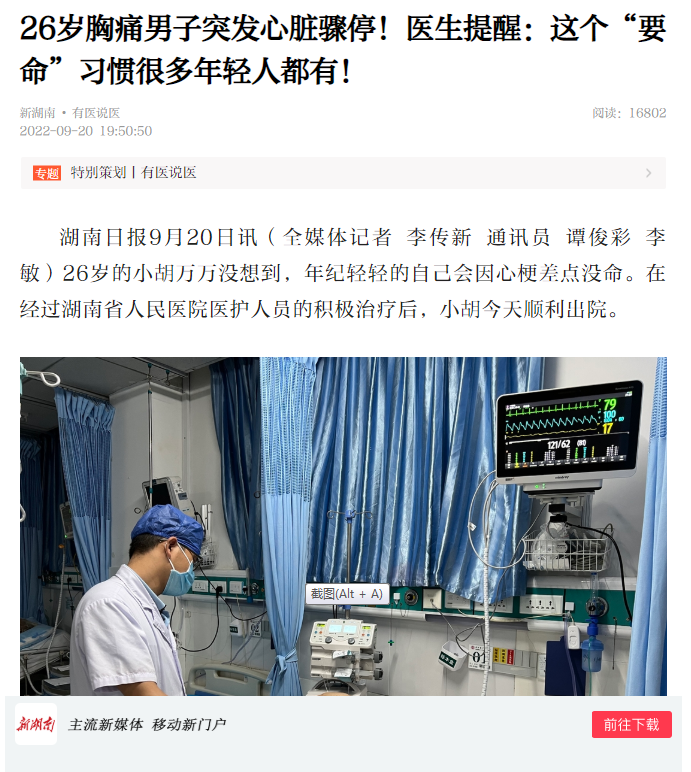 (New Hunan, etc.) 26-year-old Xiao Hu never imagined that he would almost die from a heart attack at a young age. After active treatment by the medical staff of Hunan Provincial People’s Hospital, Xiao Hu was discharged today.

(Red Net, etc.) In the past three years, Mr. Li from Mawangdui, Changsha often felt chest tightness, dizziness, and even fainted four times. A week ago, Mr. Li came to the fifth heart ward of the Mawangdui Hospital of Hunan Provincial People’s Hospital for treatment. After examination, Mr. Li was diagnosed with intermittent third-degree atrioventricular block, which was at risk of sudden death and required implantation of a cardiac pacemaker.

Snoring is not about sleeping well, the snoring clinic is here to help 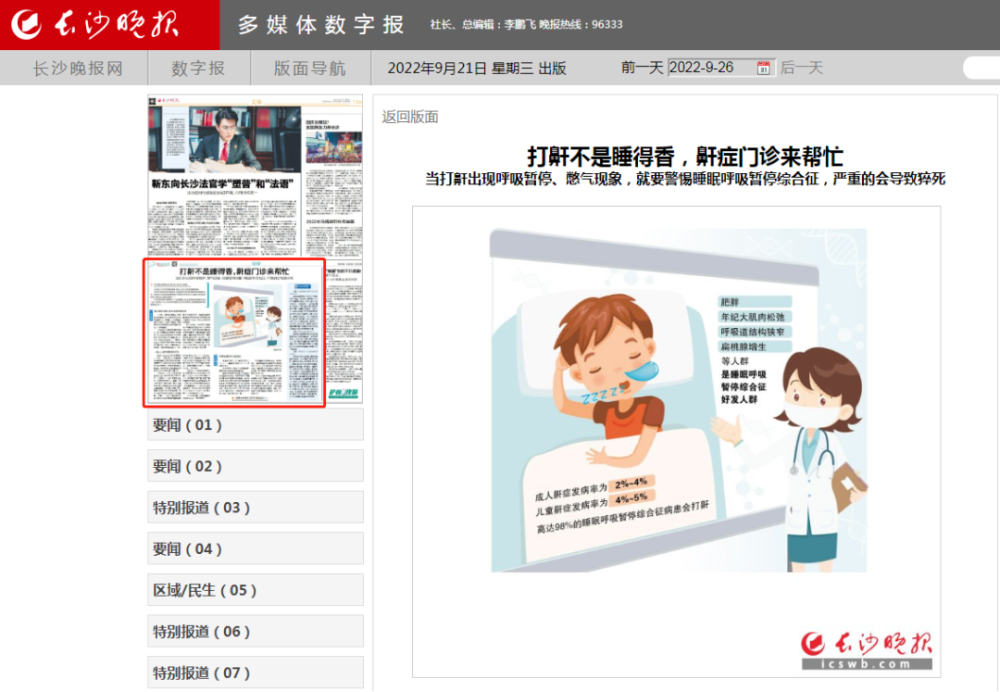 (Changsha Evening News) Snoring is a common occurrence, and many people think that snoring is a sign of deep sleep. The news caused by snoring is also inexhaustible: the young man snored his neighbors insomnia and protested against the wall; the freshman was unable to sleep because his roommate was snoring and snoring loudly, so he negotiated with his roommate and offered 500 yuan He moved out of the dormitory…

“Snoring may also be a ‘health killer’!” In the snoring clinic in the fourth ward of the Department of Respiratory Medicine, Hunan Provincial People’s Hospital, experts said that when snoring causes apnea and suffocation, the Be wary of sleep apnea syndrome. 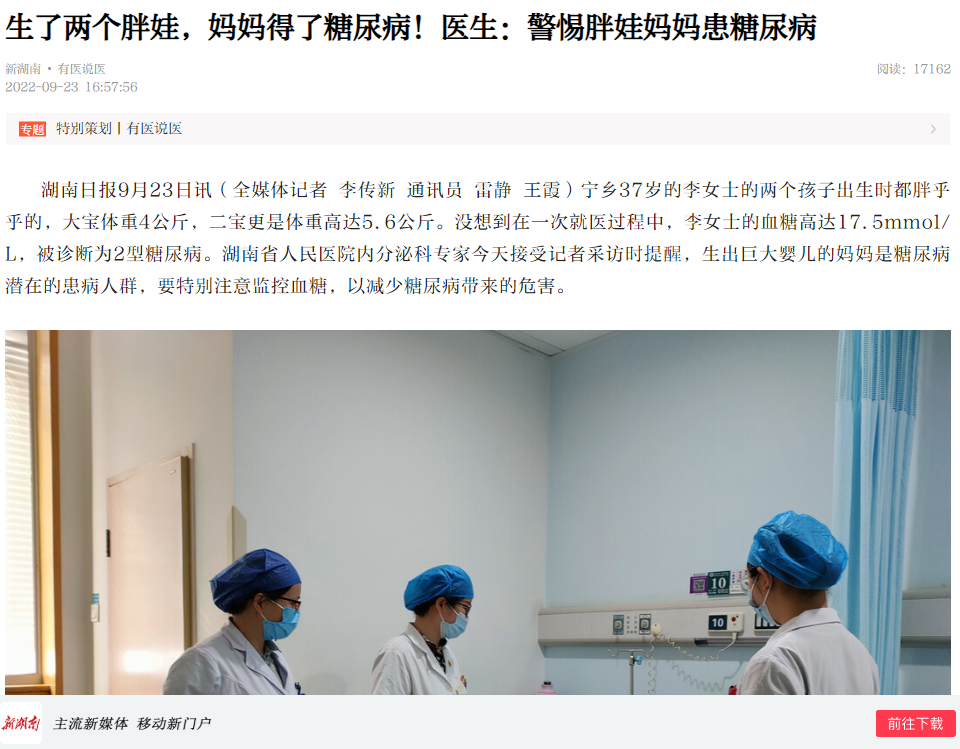 (Hunan Daily, Xin Hunan, etc.) Ms. Li, 37, from Ningxiang, had two chubby children at birth. Dabao weighed 4 kg, and Erbao weighed as much as 5.6 kg. Unexpectedly, during a medical visit, Ms. Li’s blood sugar was as high as 17.5mmol/L, and she was diagnosed with type 2 diabetes. Experts from the Department of Endocrinology of Hunan Provincial People’s Hospital reminded in an interview with reporters today that mothers who gave birth to huge babies are potential diabetic patients, and special attention should be paid to monitoring blood sugar to reduce the harm caused by diabetes.