Many people think that otitis media with excruciating pain and pus is a long way off. In fact, it is not. If the water in the ear is not dealt with in time and correctly when taking a bath, or if you do not pay attention to colds and fever, it may cause otitis media. And once you get it, it is easy to relapse repeatedly, and the endless torture makes people miserable!

Recently, Mr. Yan from Weihai went to Shandong Provincial Otolaryngology Hospital for medical treatment. Because he did not pay attention to ear discharge before, his symptoms lasted for more than 20 years, and he developed facial paralysis, hearing loss, headache, etc. Surgery had to be chosen. 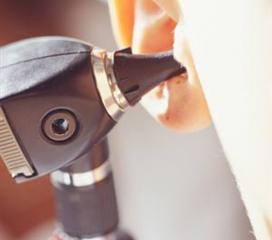 According to Mr. Yan, when he was in elementary school, he suddenly felt itchy ears, and when he was picking his ears with an ear-picking spoon. The classmates behind accidentally touched the arm that was picking out the ear, which caused the eardrum to rupture, and blood flowed out. , because most of the time it gets better soon, and it doesn’t have much impact on life, so I don’t care much. But I didn’t expect that after many years, my ears began to fester, and there was a foul smell coming out with the pus, and my hearing became worse and worse. I had an operation in the local area. It is estimated that it was not cleaned up at the time. After that, the yellow water flowed intermittently, and then there were facial paralysis symptoms such as deviation of the corner of the mouth, eyes closed, and tears flowing in the wind. Now the symptoms of headache are becoming more and more obvious. , the sound is almost inaudible in the right ear. Mr. Yan was very puzzled: “Isn’t it because I was touched when I was a child, how could I have pus in my ears, crooked mouth and eyes, and can’t hear any sound? What’s wrong with this?” tormented. He finally realized that it was not just a pus from an ear, and began to look around for a cure.

“Drip the medicine in the ear, and also take anti-inflammatory drugs, but the effect is not obvious. I went to our local hospital for enhanced CT. The doctor said it was middle ear cholesteatoma, but the local hospital The technical level is limited and it cannot be cured. The doctor recommended Shandong Otolaryngology Hospital, saying that it is a specialized hospital for the treatment of ear, nose and throat diseases, and you can try it.” 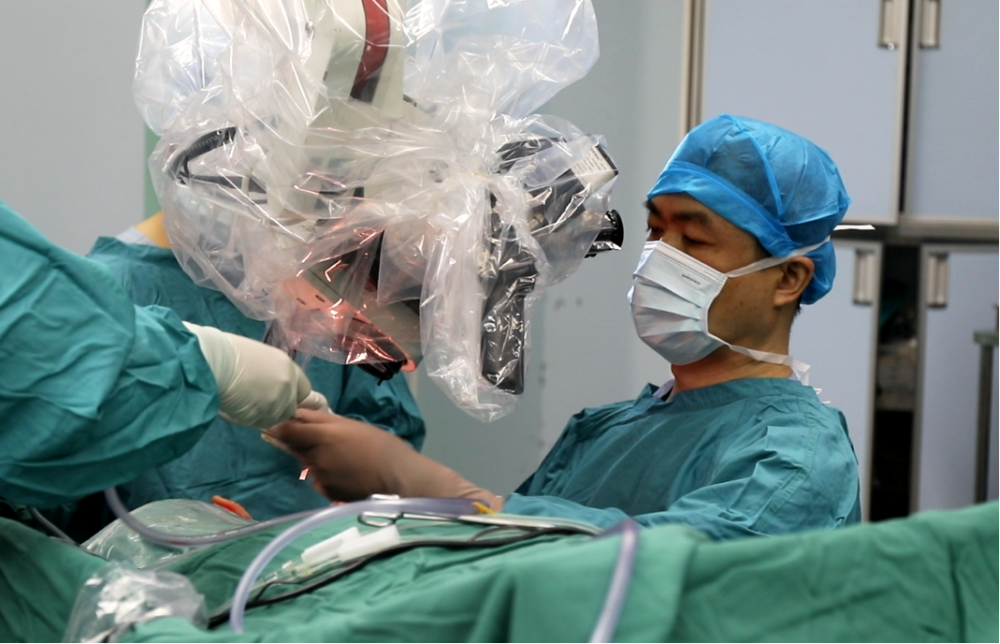 So Mr. Yan found Director Han Yuechen of lateral skull base surgery. After asking about the medical history, Director Han Yuechen suggested that he should improve the high-resolution CT examination of the temporal bone of the ear. tumor’. For too long, the lesions invaded inward to the rock tip, and the condition aggravated, which is the main culprit for this series of symptoms. At the suggestion of Director Han Yuechen, Mr. Yan decided to be hospitalized for surgery. The petrosal bone contains important anatomical structures such as the internal auditory canal, the inner ear, and the carotid artery.

After surgical treatment, the lesions in Mr. Yan’s ear were thoroughly cleaned, and the postoperative recovery was very good. The ear is no longer pus, and the symptoms of dizziness have disappeared. “I have had this headache for a long time, and the pain kept me awake all night. Thanks to Director Han, my disease was cured, and within a few days after the operation, my headache disappeared. I am very grateful for missing me and caring about my situation. It is not easy for us rural people to make money. We should carry it first when we are sick, and only want to go to see if we can’t resist it. That’s why we missed the best time for treatment. If we had caught it early It won’t be so serious anymore, I really regret it!” Mr. Yan said with emotion.

Director Han Yuechen said, “This patient has been suffering from otitis media for more than 20 years, and he developed facial paralysis a long time ago. Muscle atrophy, lower eyelids, and severe cases will also have a certain impact on vision. For patients like this, it is generally recommended that within two years before the muscles are completely atrophied and the nerves are not fibrotic, nerve grafting or bridging is recommended. technology to restore motor function. However, the patient has been sick for more than 20 years, and has lost the chance of cure. In the later stage, he can only resort to plastic surgery. This patient belonged to cholesteatoma of the middle ear at the beginning, but it continued to develop in the later stage. Without timely treatment, the cochlea was destroyed, and the lesions penetrated deep into the petrosal apex, and evolved into petrous bone cholesteatoma. The petrous bone cholesteatoma has a strong ability to erode and destroy. The temporal bone contains the facial nerve that controls the activity of the facial muscles and is in charge of hearing. If cholesteatoma erodes the above nerves, facial paralysis, hearing loss, dizziness and other symptoms will occur. If cholesteatoma erodes the skull that protects the brain, it will also lead to meningitis, brain abscess, etc. Serious consequences.

Director Han Yuechen reminds: For patients with otitis media who recur repeatedly and have not been cured by surgery, it is not impossible to treat them. In the later stage, they can still be corrected through a second surgery to control the infection and achieve dryness. ear purpose. Hearing can also be improved if the patient has no obvious symptoms of deafness before surgery, and this also depends on the specific situation. Therefore, when the disease occurs, do not give up hope, find and treat early, so as not to delay the disease and make it serious.