Xiaomo has a persistent complex with the green train; Xiaomo has a long-term reverie about the distant Tibet.

In the summer of 2022, I decided to take a trip as soon as I said it, holding a green leather train ticket, crossing most of China, and embracing the most beautiful lover in the world – Tibet. 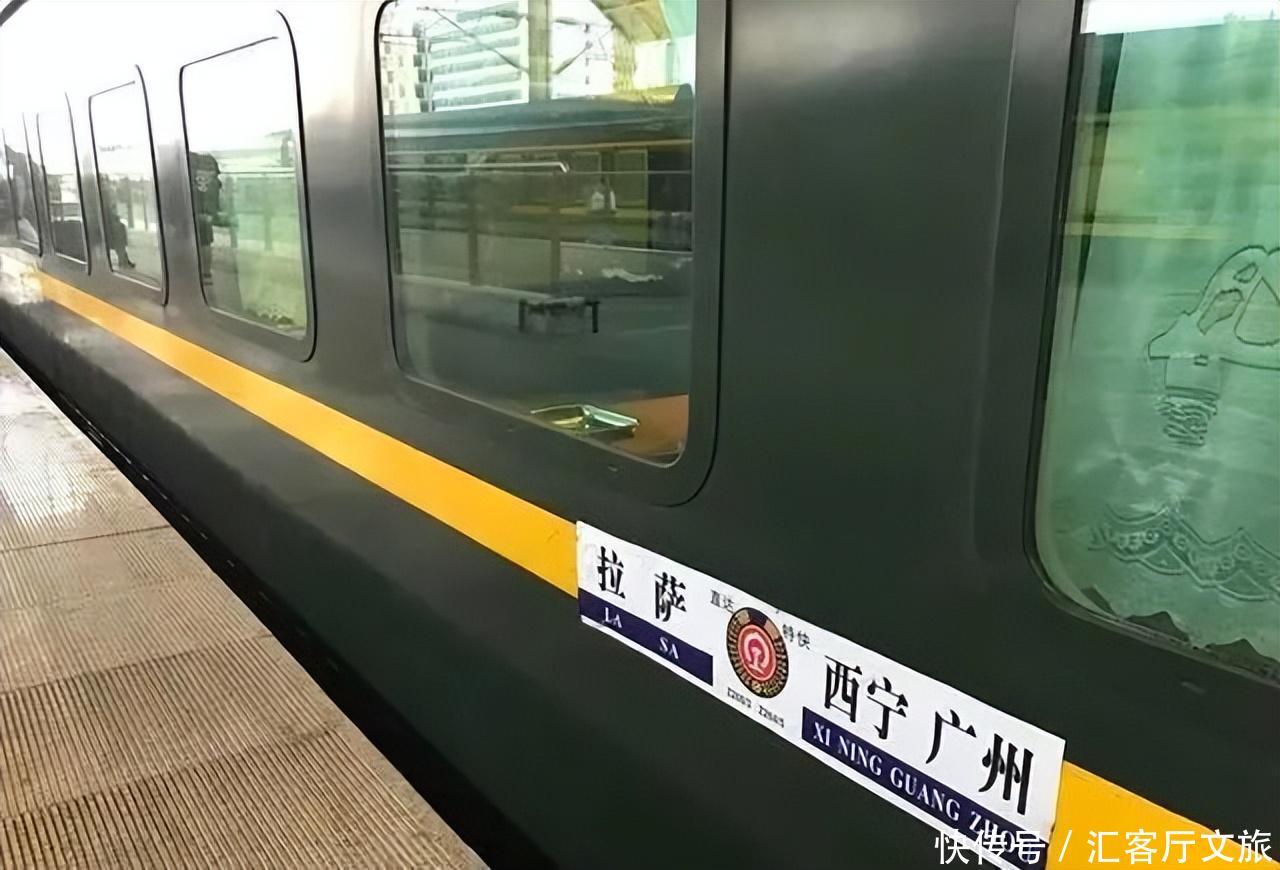 The train itinerary is Guangzhou to Chongqing; Chongqing to Lhasa. 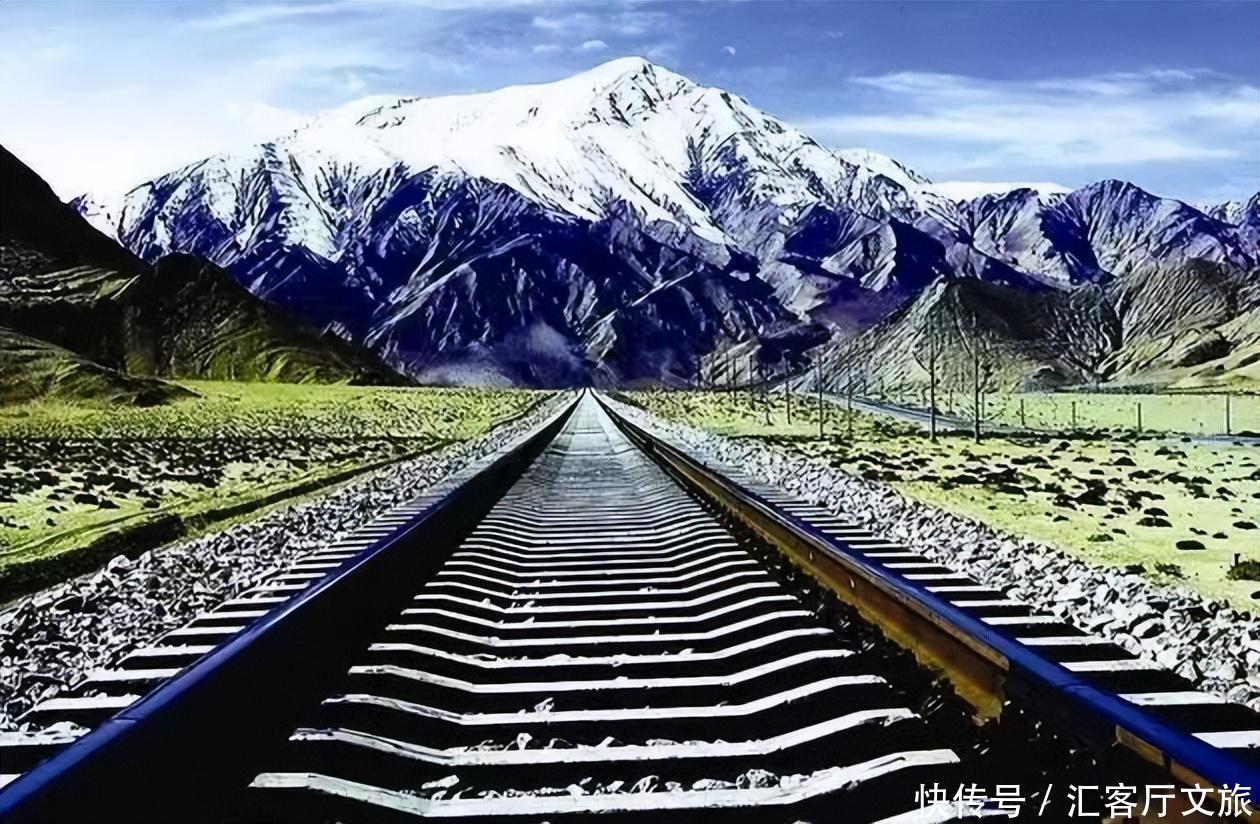 If taking a plane is like a momentary transition, a train is every One meter experience. In the roar of the train and the regular roar of the rails, you can savor the real distance, not only time and distance, but also mountains, water, land and humanities. 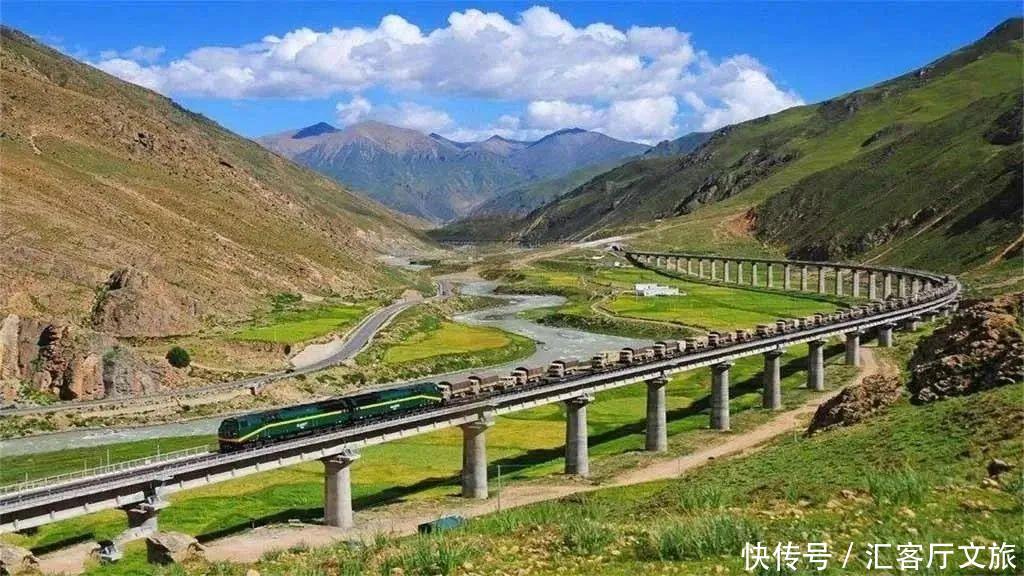 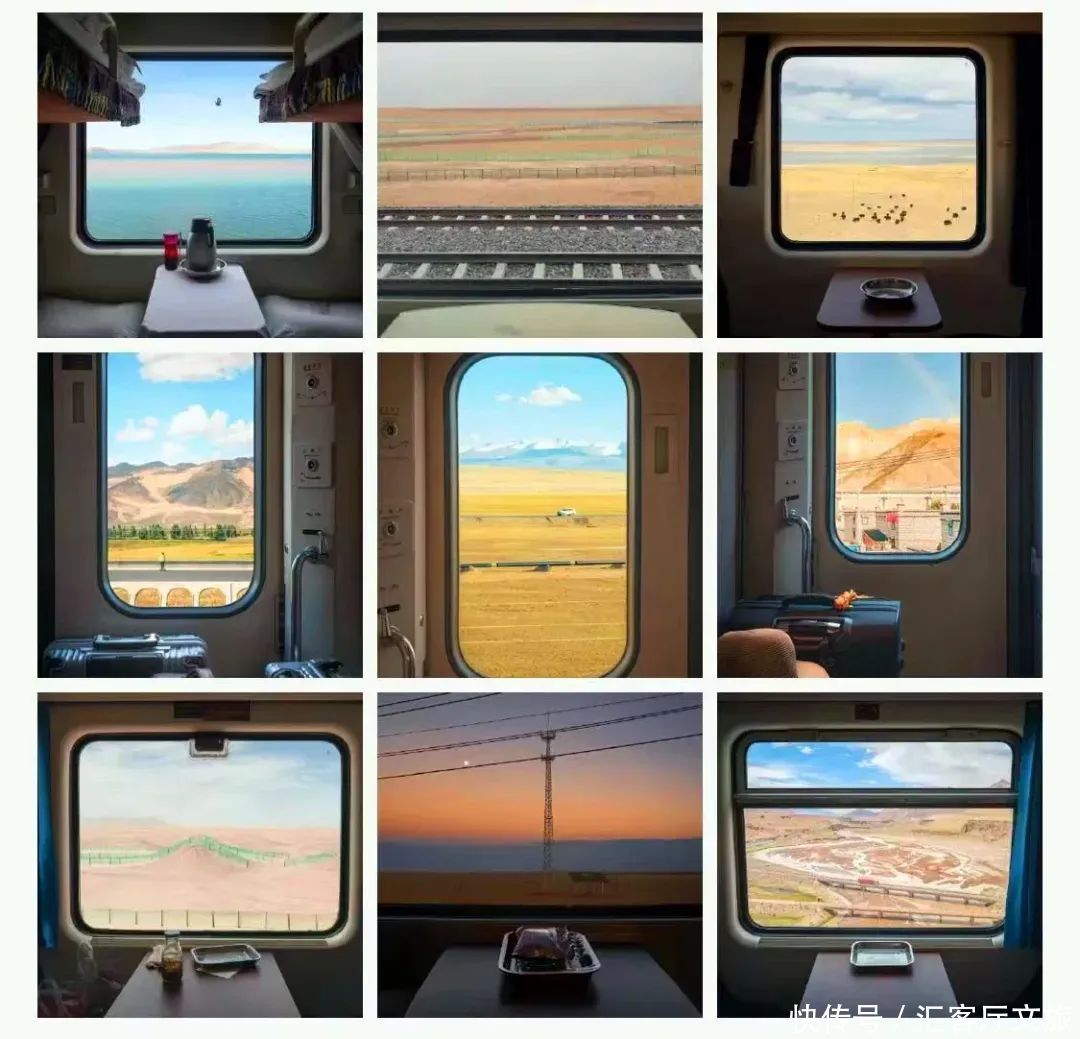 The Qingshan Mountains in Liangguang and Guangxi

At the beginning of the train journey, it was the typical landform of the Pearl River Delta that we are familiar with, and the rivers and rivers with abundant but gentle water. Prosperous mulberry fish ponds and fruit-based fish ponds. 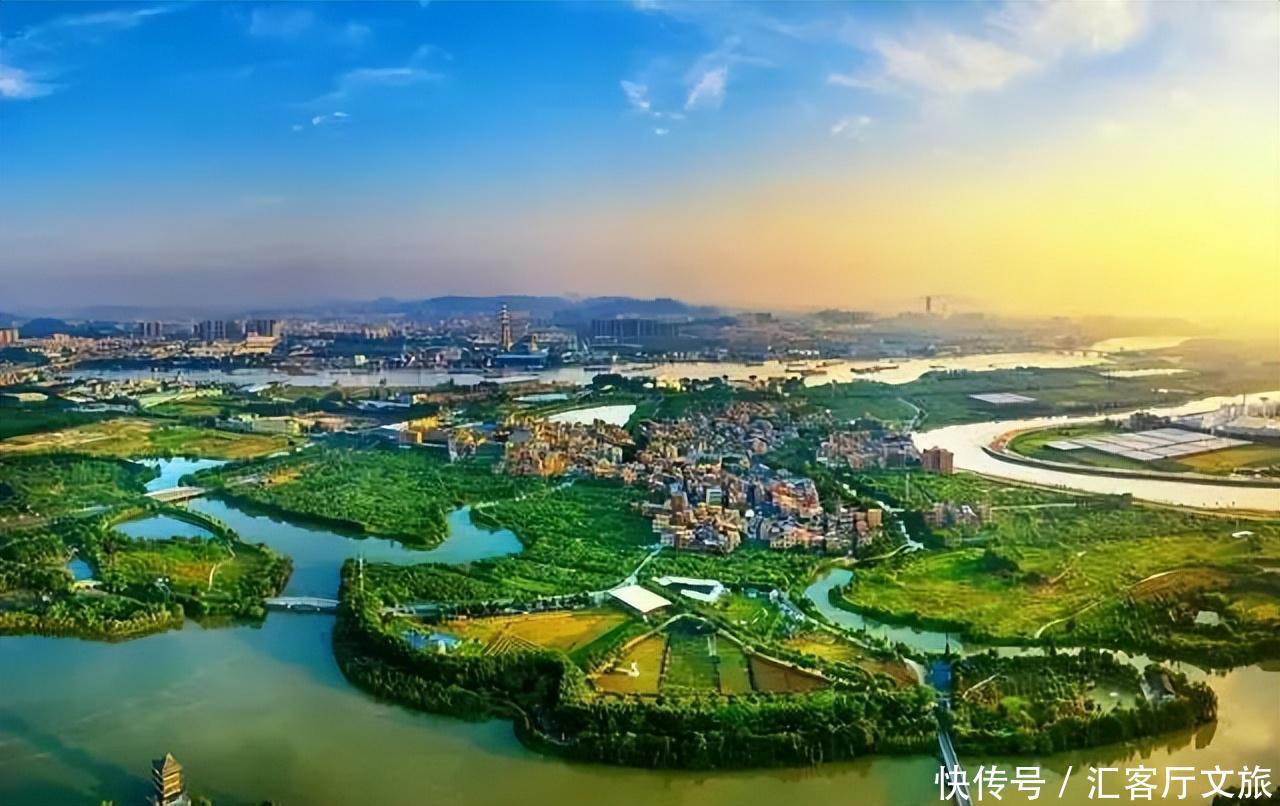 As the train moves, we enter the junction of Guangdong and Guangzhou, and the scenery gradually Changes, the mountains gradually increase, and the outline gradually becomes handsome. From Hezhou to Guilin, the karst landforms show in front of you. The mountains are single peaks and forests, round and beautiful, green grasses become blue, and they are like a group of cute little freshness against the blue sky. 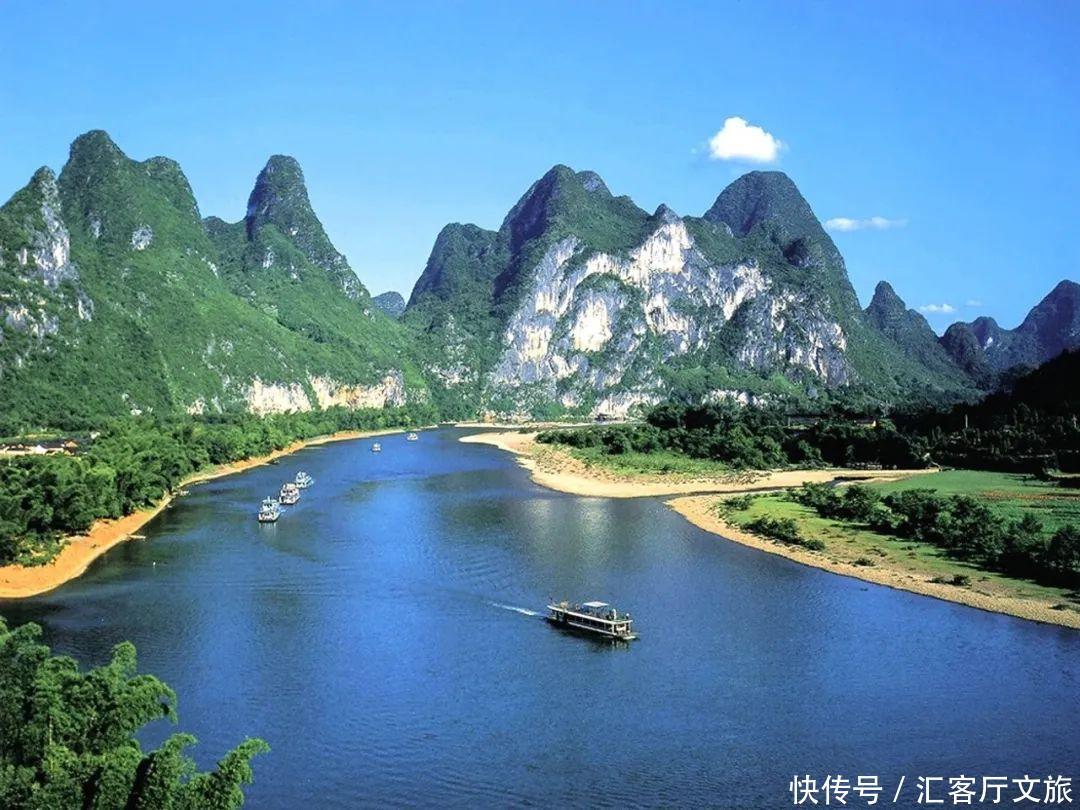 The detachment of bearing

After leaving Guilin, the scenery in front of me gradually changes, the mountains grow taller and the water gradually rushes, all stretching to the distance, showing the bearing of a big river.

The further you go in the direction of Sichuan, the taller the mountains, the more dangerous the terrain, the more difficult it is to get to the blue sky, and the trains pass through one mountain tunnel after another. 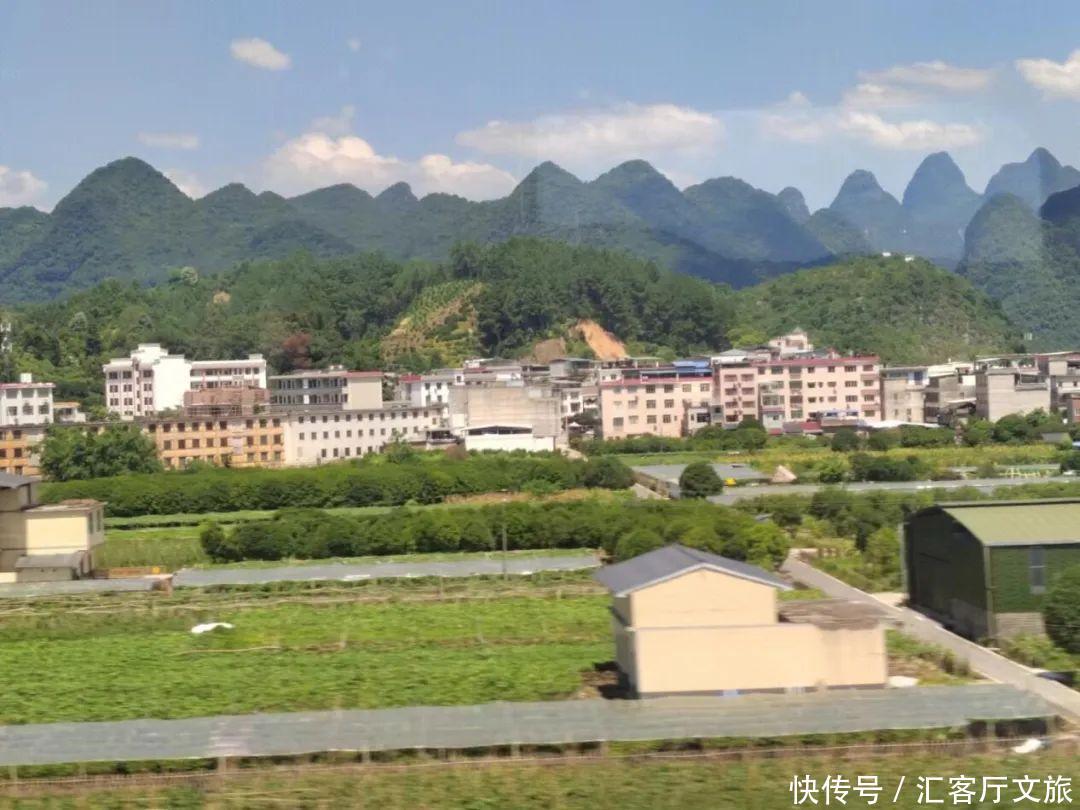 The scenery outside the window is that the mountains are going up, and the villages and cities are going up. Move lower. Gradually presents the majestic terrain of towering mountains surrounding the dwellings. It is hard to imagine how diligent and intelligent the people of Sichuan are to build one after another splendid international metropolis surrounded by great rivers. 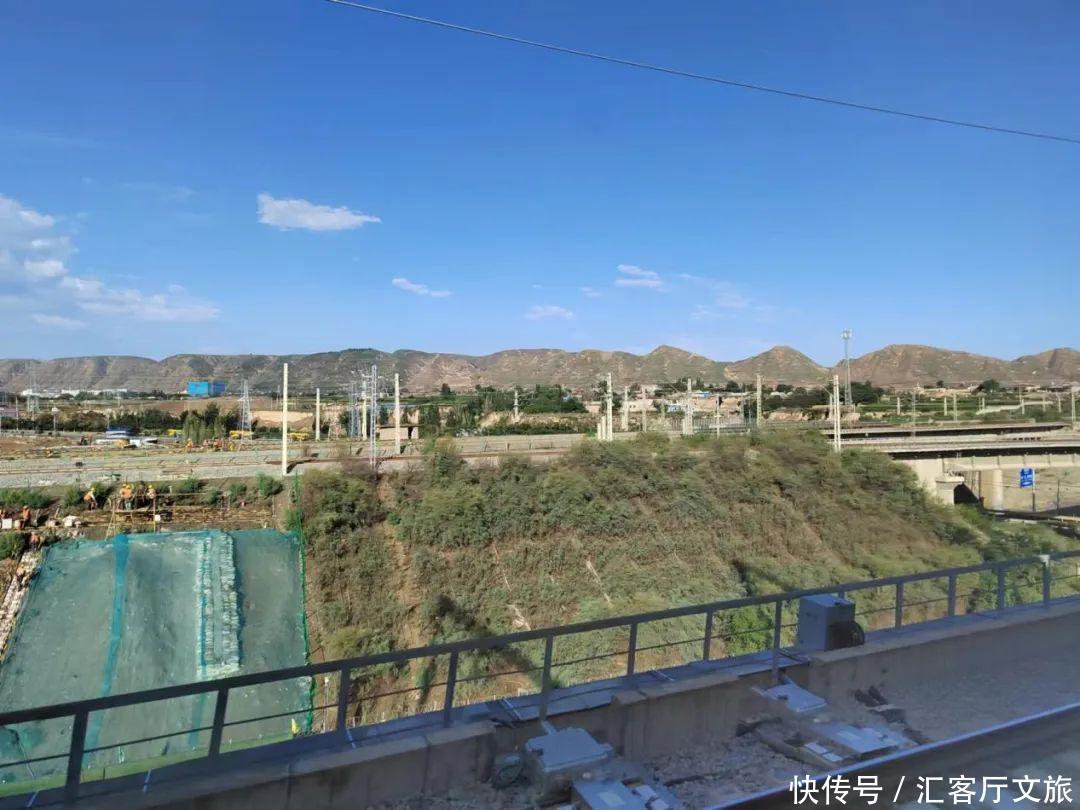 The difficulty of the Shu Road is difficult to reach the sky? Modern, prosperous and powerful China has allowed its citizens to travel at high speed in the sky.

The sun was given fire, the sky was dyed blue, the ground beneath my feet turned from round to rough, and the train whistled into Gansu. 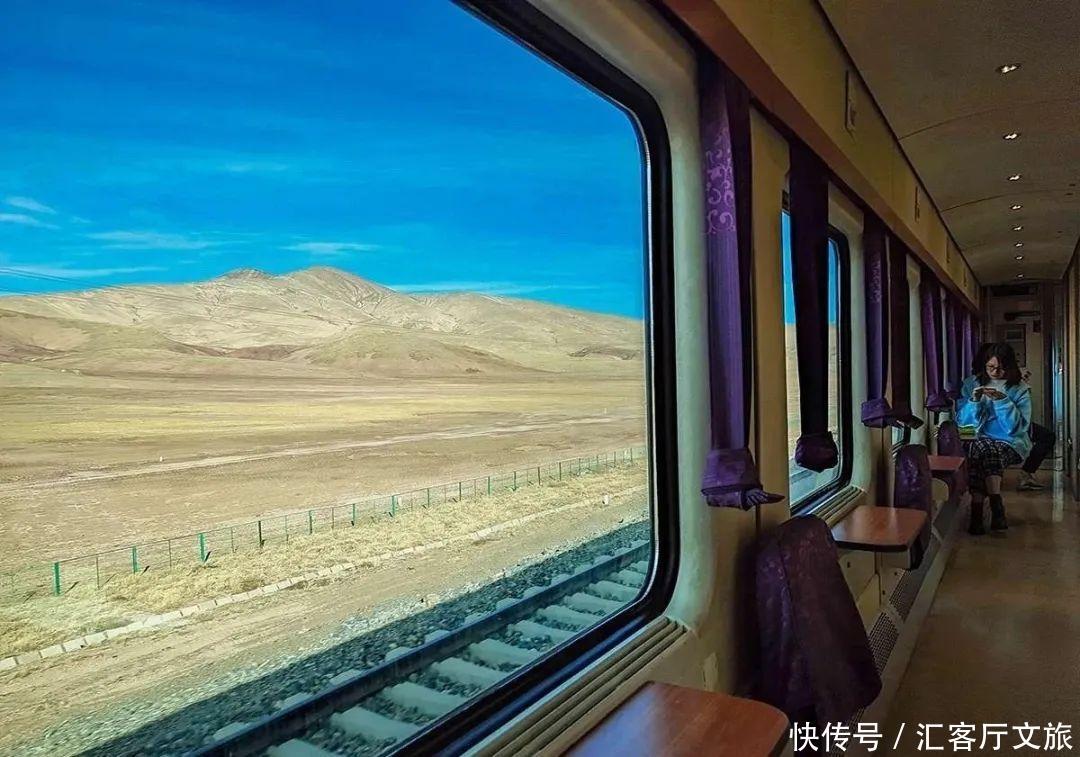 Gansu is located in the three major plateaus of Loess Plateau, Qinghai-Tibet Plateau and Inner Mongolia Plateau. It is the intersection of plateaus, so it has both mountains, basins, plains, deserts and Gobi landforms. 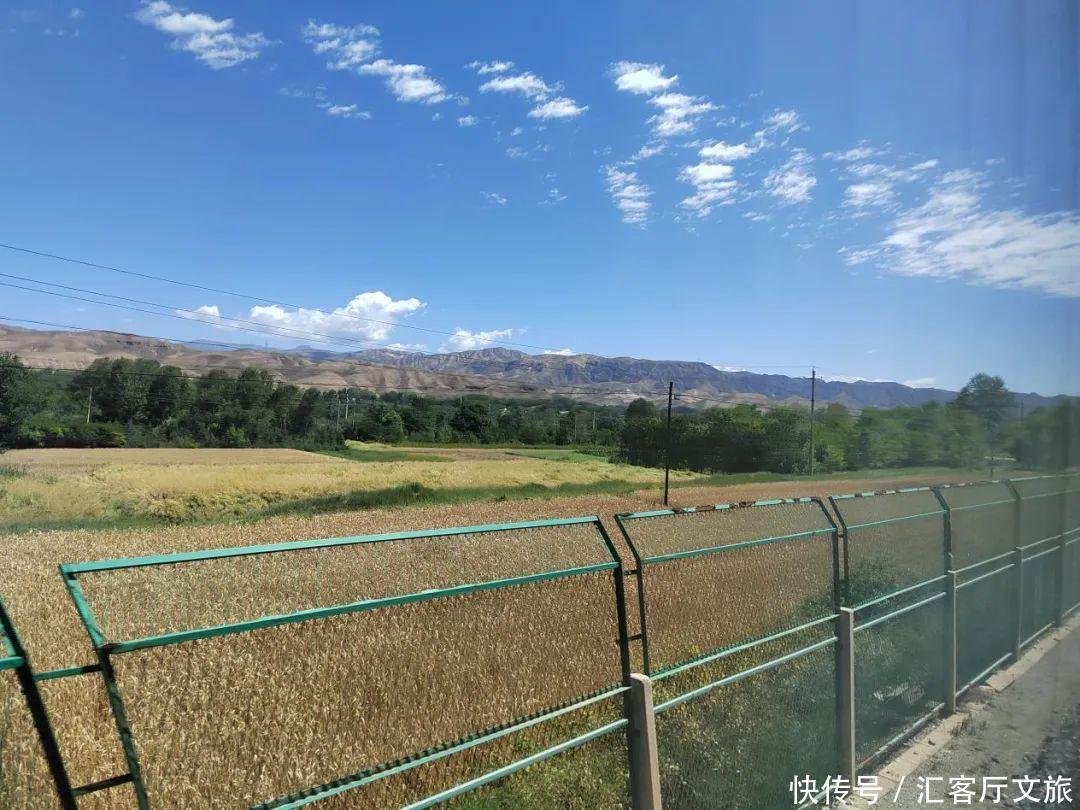 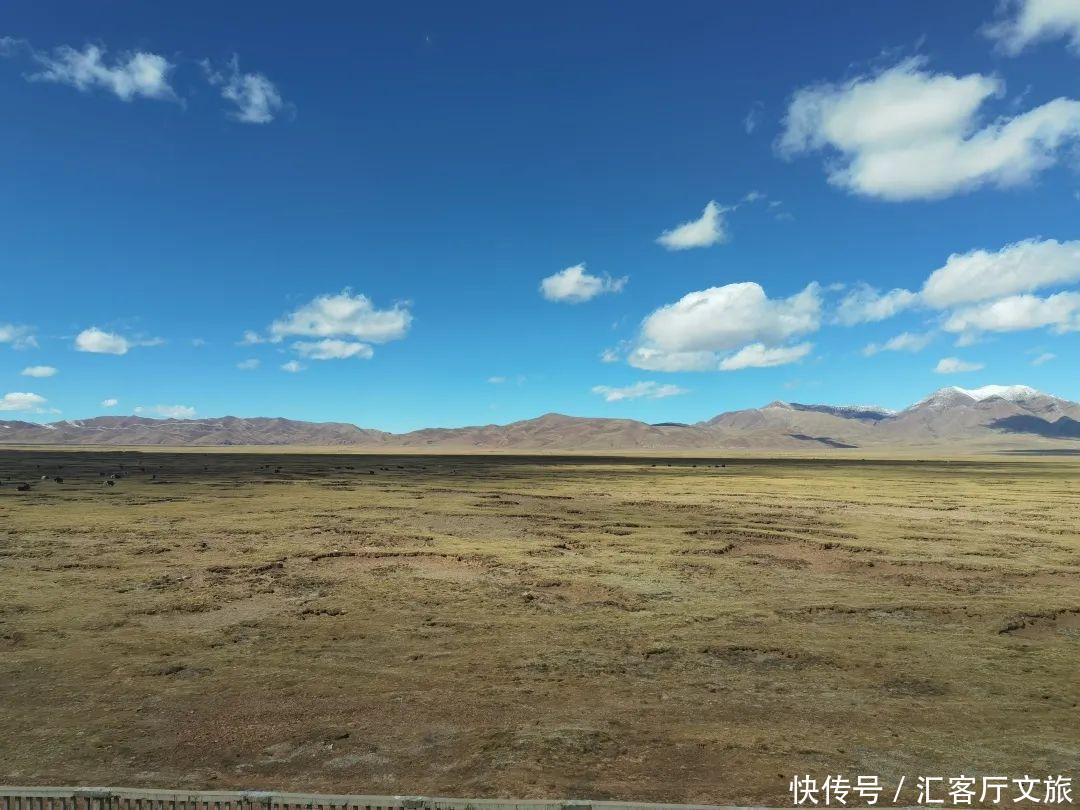 This is what the ancients said outside the Great Wall, where the spring breeze cannot blow.

The desert The long river is full of decayed grass. The scenery of the desert is bleak and romantic. 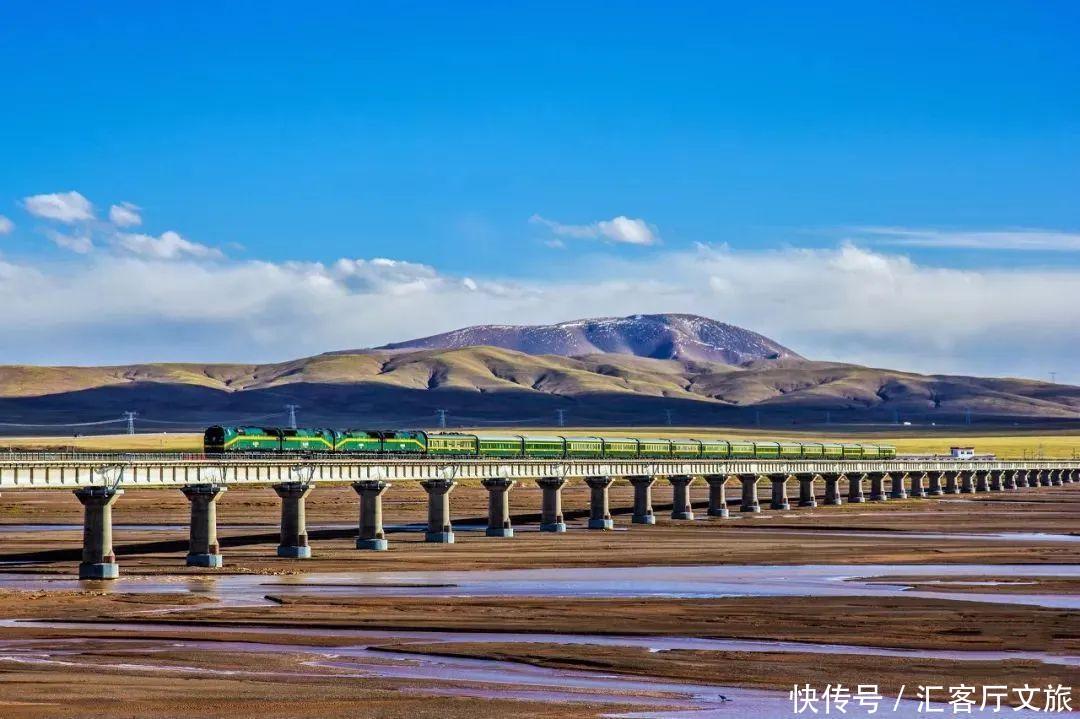 Entering Qinghai, the scene in front of me became single, and suddenly there was a dazzling sapphire blue refracting into my eyes, Xiaomo I almost thought I was wrong.

This is a sapphire blue lake, pure and clear, the most beautiful and clean blue Xiaomo has ever seen.

Passengers on the train I couldn’t help but exclaimed, and then raised the camera and took a picture, one, two… 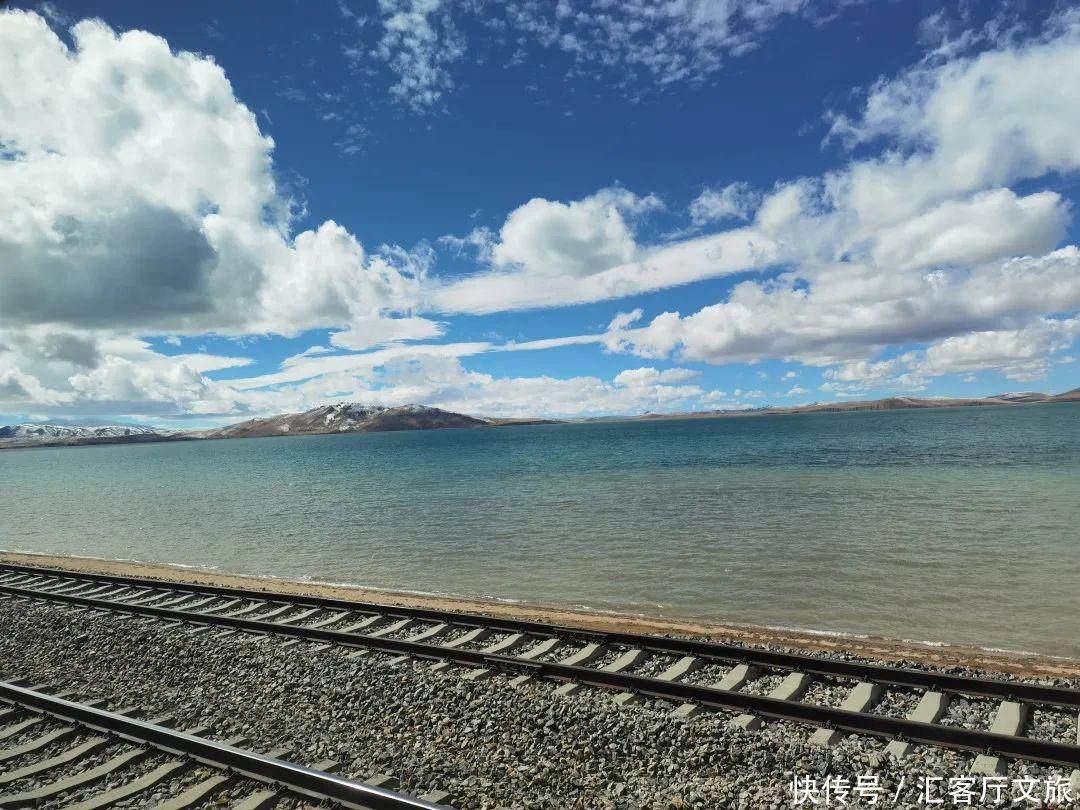 < p>Amidst the barren world, a sapphire blue belt suddenly appeared with us. It is like a sapphire inlaid in the sky and the earth, beautiful and quiet. 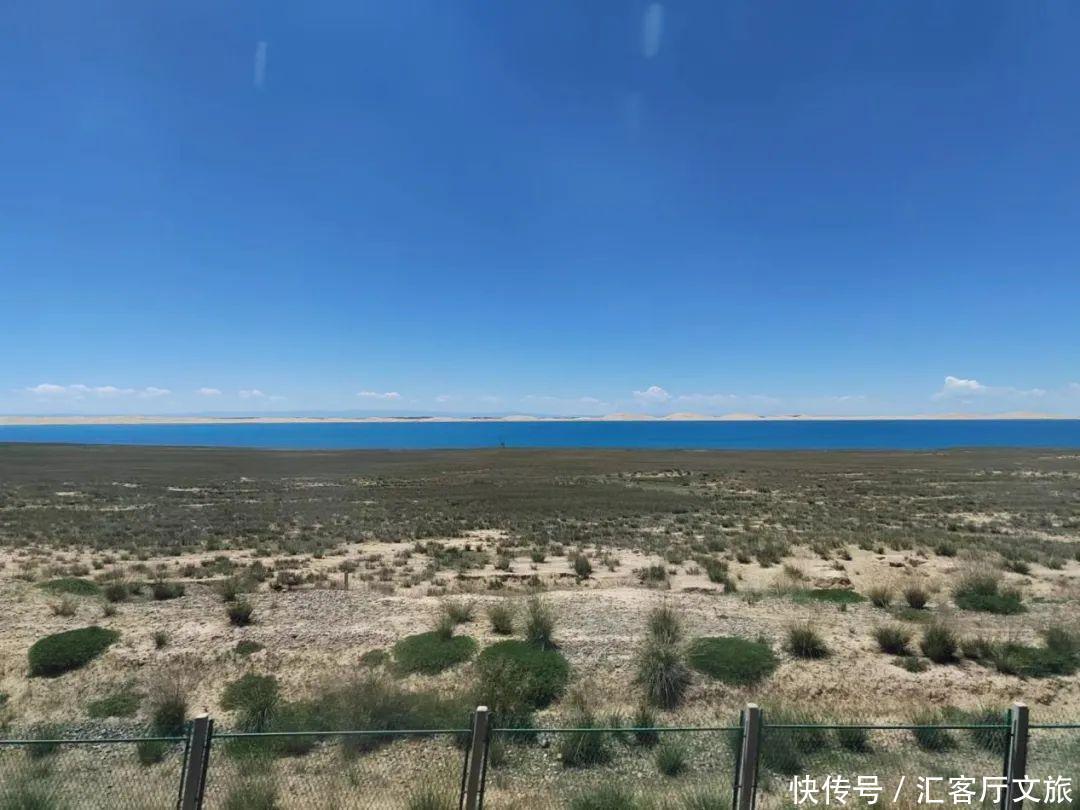 Someone in the carriage broke the silence, and everyone cheered. This is the most unexpected gain in the train journey. Qinghai Lake stretches for nearly 20 kilometers, like a huge sapphire across the Gobi Desert in Qinghai. 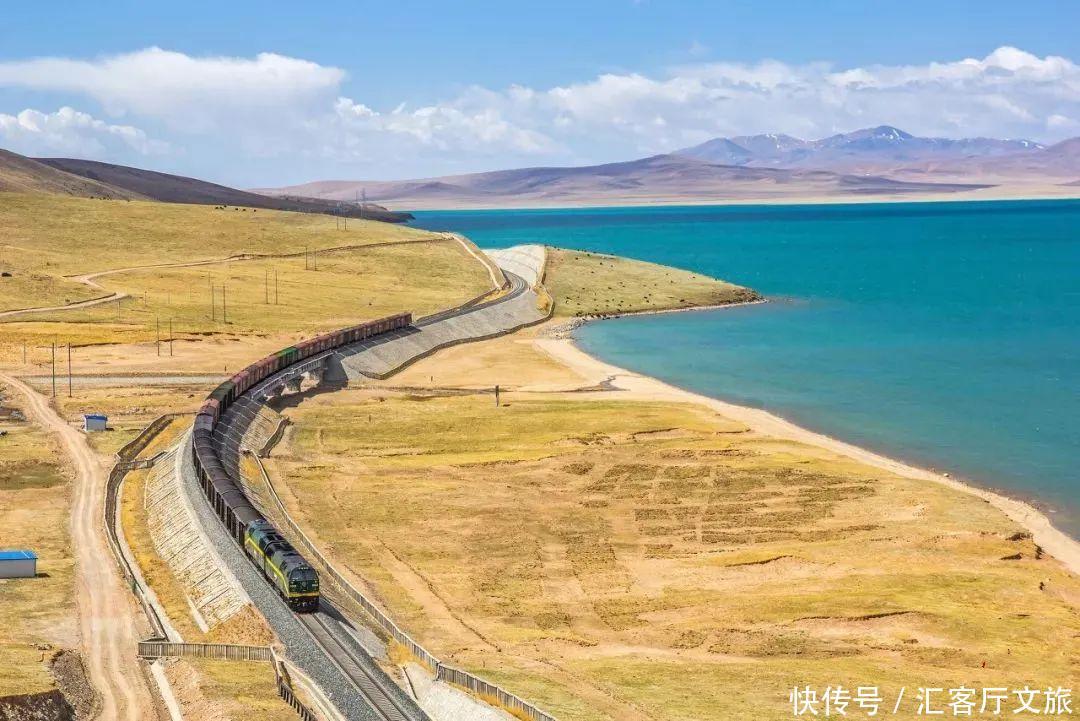 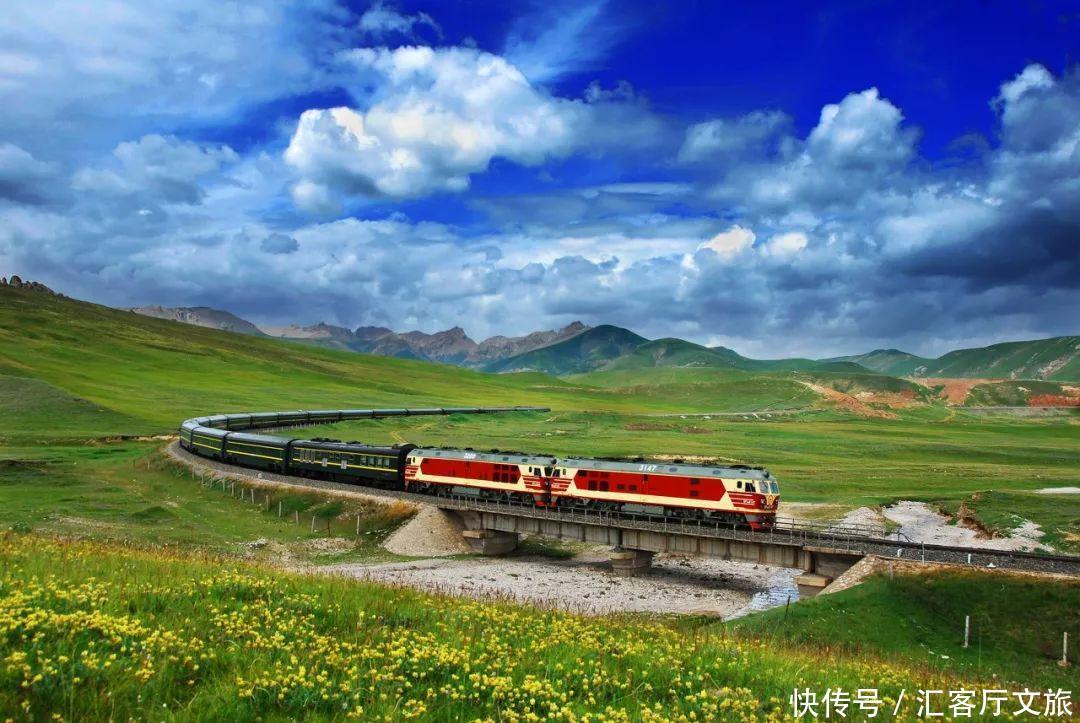 Officially started the journey of the Heavenly Road

When I came to Golmud, Xiaomo knew that this is the starting point of the legendary Heavenly Road.

Starting from Golmud, the Sichuan-Tibet Railway will enter the most difficult section, and the altitude will rise suddenly. The train will stop at Golmud Station for about 25 minutes to replace the diesel locomotive. 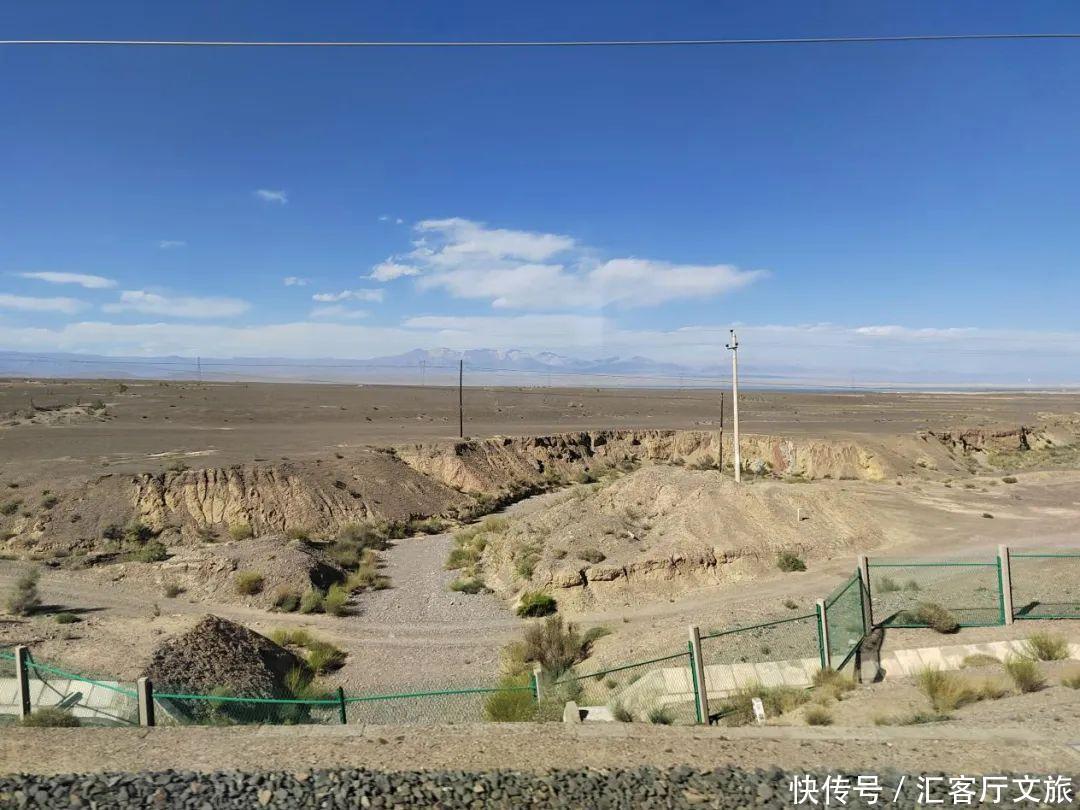 Then, we embarked on the most difficult and dangerous journey.

Through the thick glass, Xiaomo could still feel the sudden drop in the temperature outside the car. Looking at the Gobi Desert, the desert and the snow-capped mountains outside the window, the Sichuan-Tibet Railway, which has been in construction for more than a hundred years from planning to completion, has been stopped several times, and several times it has been considered impossible to complete. 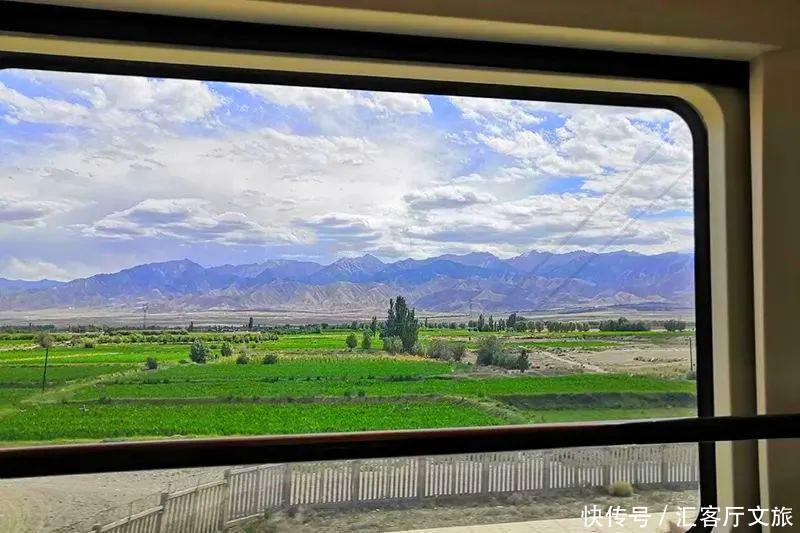 It is said that every 3 meters on the road lies one for it sacrificed soldiers.

The realization of human’s dream of crossing mountains and rivers has accumulated the blood and sweat of our ancestors. 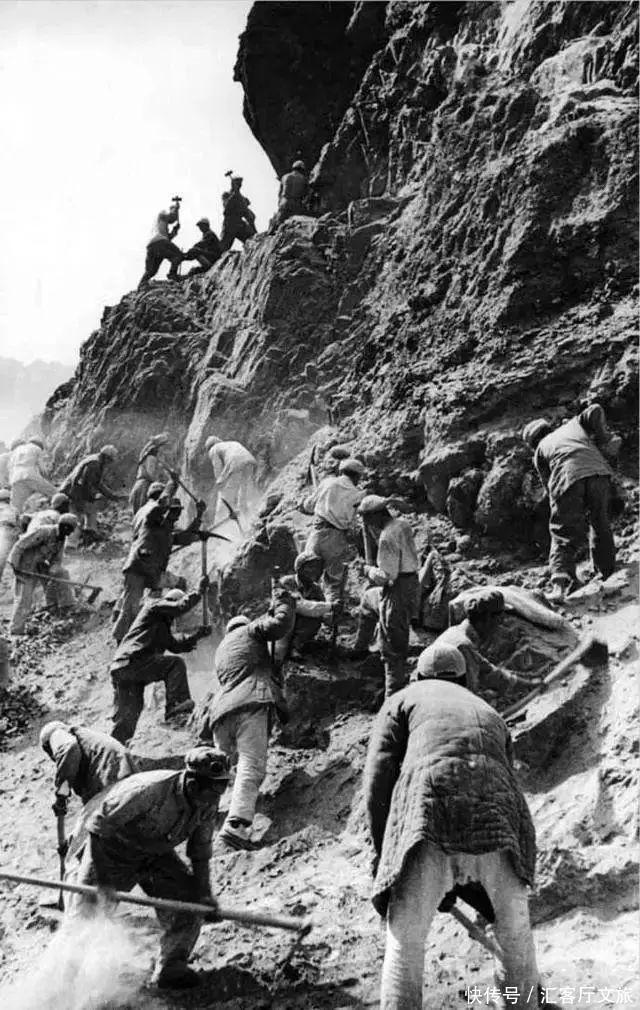 The Secret Realm of Snowland in No Man’s Land

Two hours after Golmud Station, we reach the no man’s land above 5,000 meters above sea level. Imprints of human life. 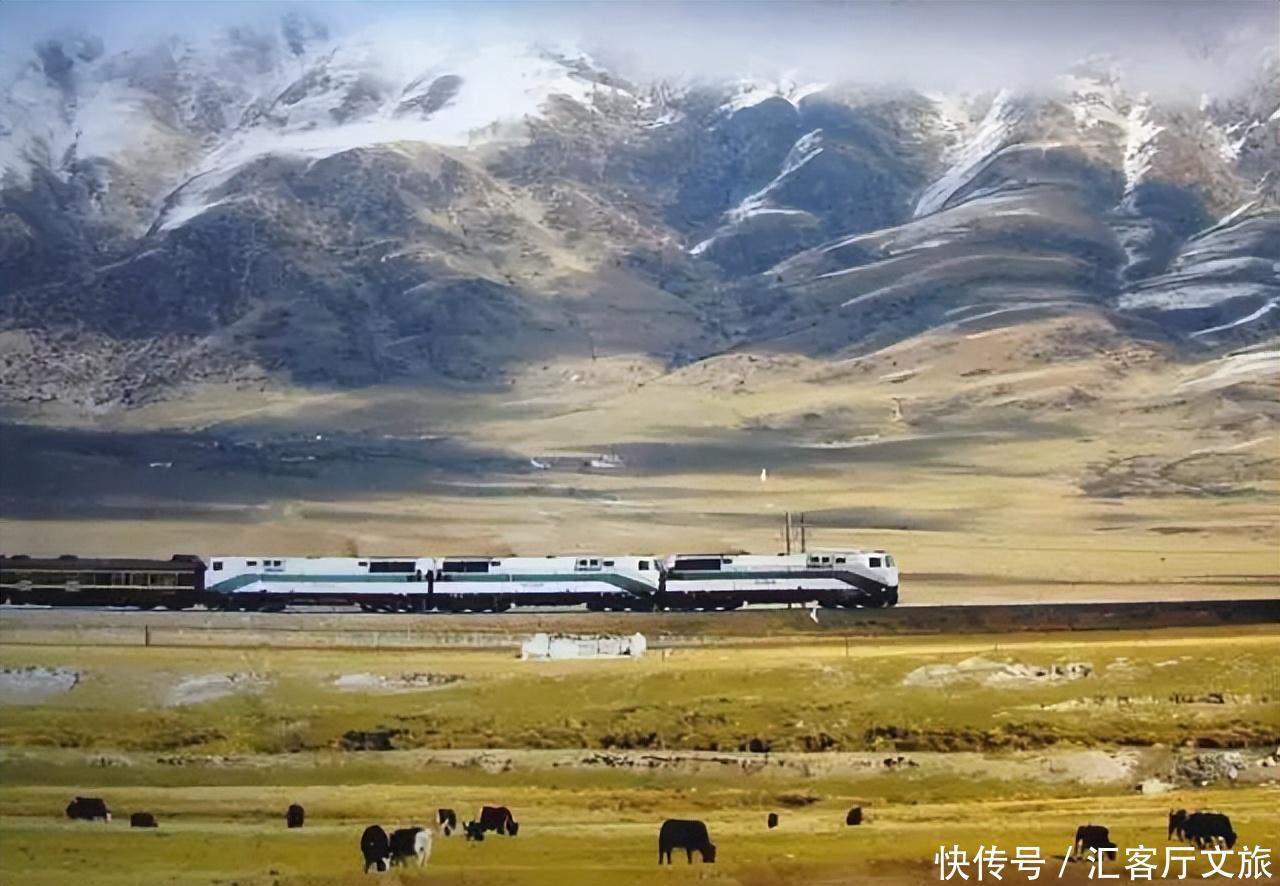 As it was getting dark, Xiaomo saw Kunlun Zhu Peak, at the critical point of day and night, the mountain tops covered with snow for many years exudes a mysterious brilliance. 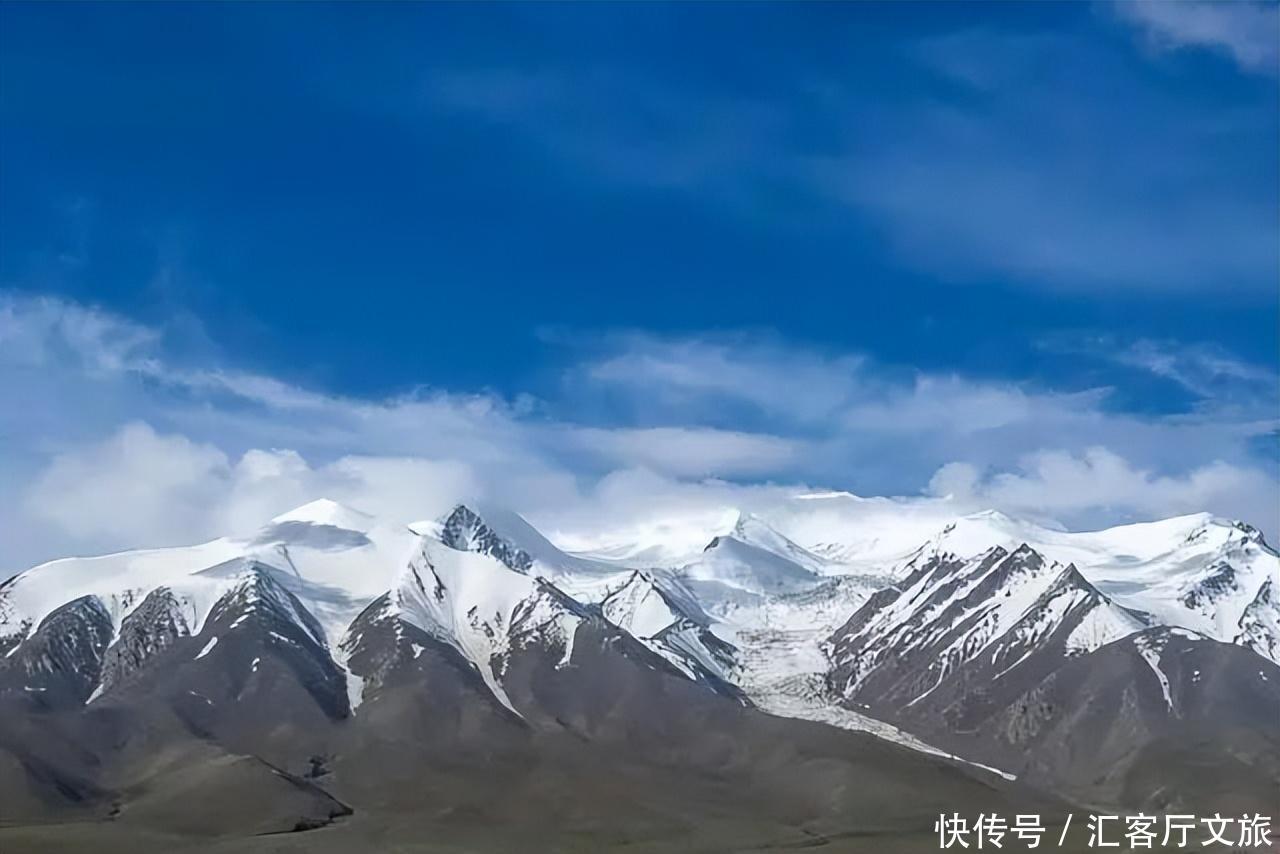 No matter how long the day in the snowy area is, it has finally come to night, Entered the vast no-man’s land of Hoh Xil.

At night in early August, the train was 20 degrees Celsius, with noise and commotion through the cold wasteland. I will engrave the wasteland in my memory, the memory of the wasteland is too vast, and no one has ever been able to match it. 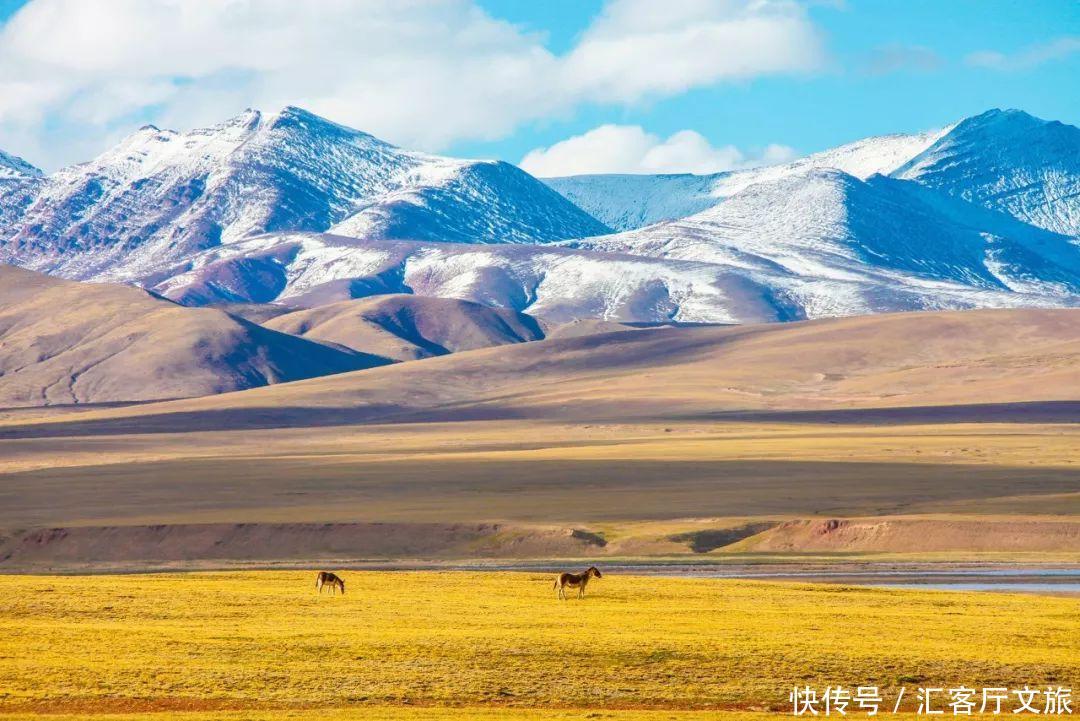 No matter how barren the snowy area is, it cannot stop the arrival of the rising sun.

Under the rays of the rising sun, she is like a saint on the snowy land, spotless, holy and proud. 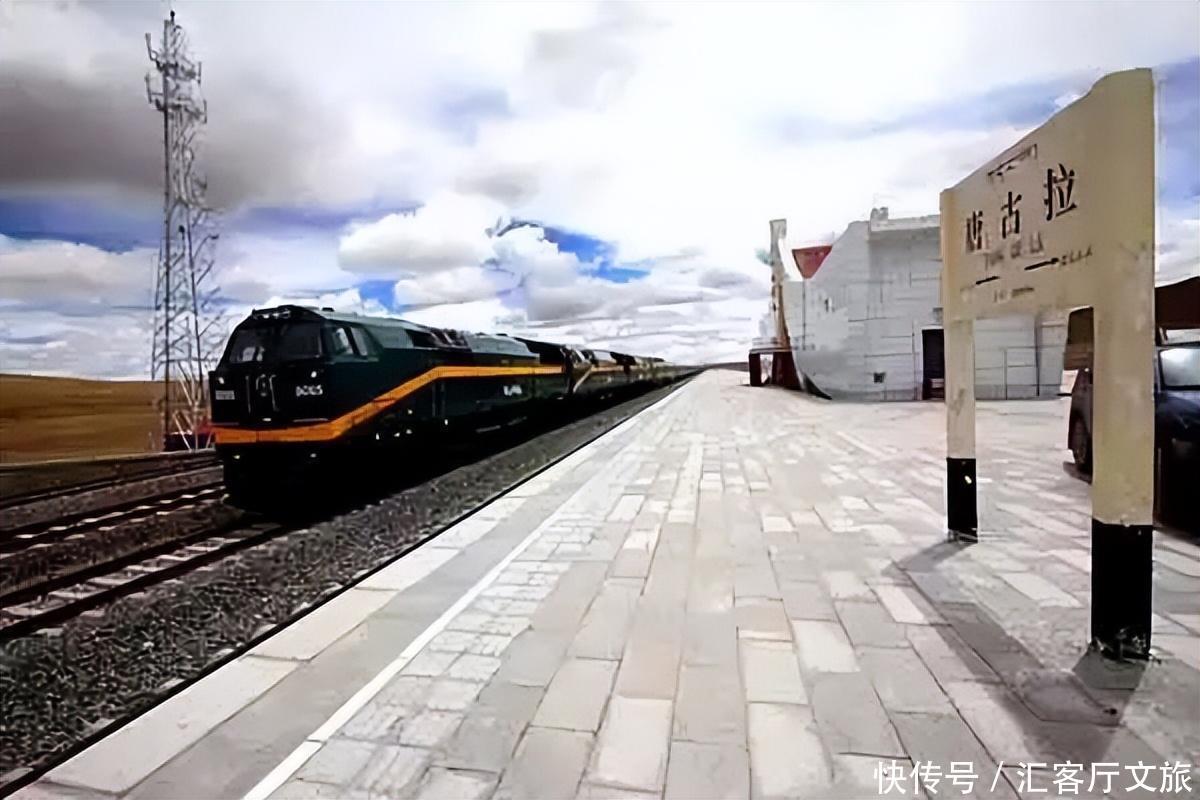 The companionship of snow-capped mountains and grasslands Dependence

This is a beautiful land

As the mountains move forward, the earth turns from yellow to green, and the Qinghai-Tibet Plateau begins to show us its magic and abundance.

Far snow-capped mountains, nearby grasslands, cattle and sheep running on the grasslands. 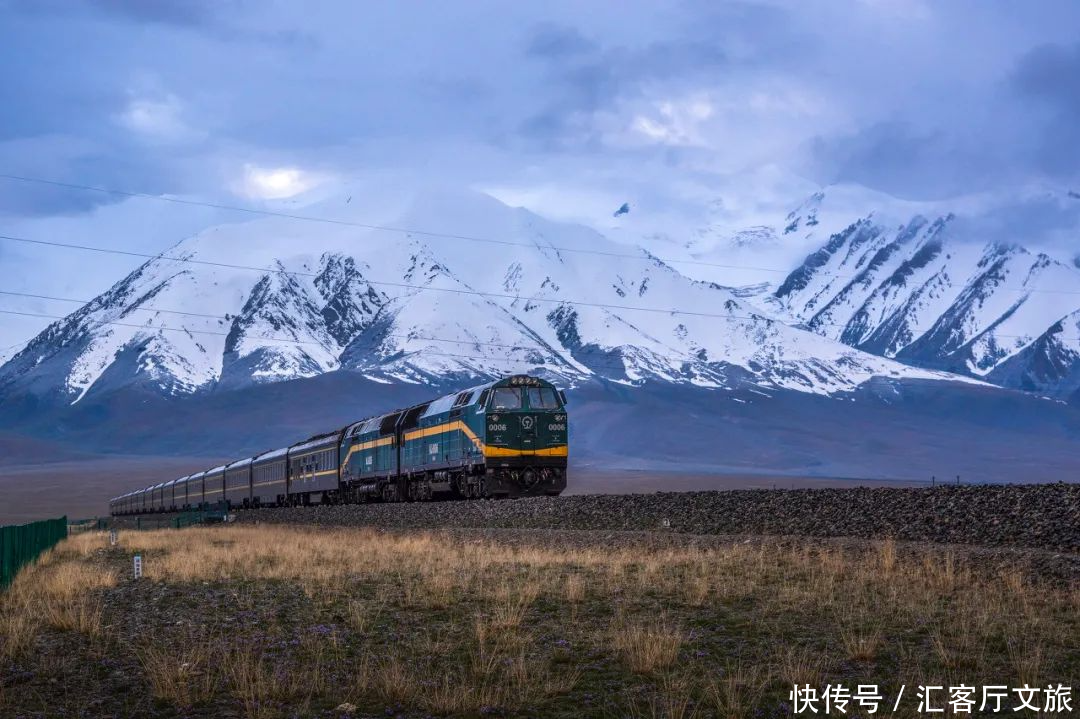 42 hours, across most of China Into the beautiful Tibet! 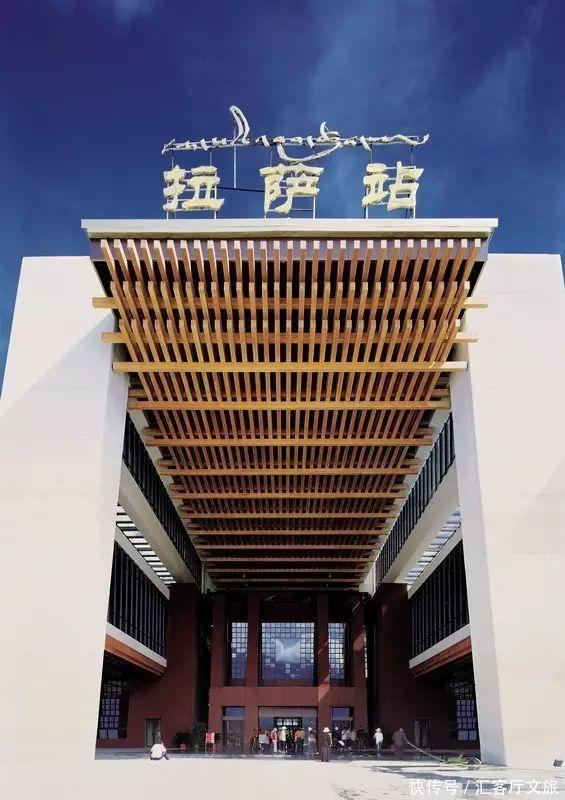 Xiao Mo Ice and Snow Smart , beautiful as a flower, a member of the Guangdong Writers Association, writing an article in his spare time, and taking time to leave home. Stop and go around, pretending to run into him. Tell a story about the wine, whether it’s true or false.

Backpack travels the world, and the distance is the most unrestrained!

Follow me and take you to get√ more travel tips!