In February 1885, the French invaders attacked Lang Son and Zhennan Pass (now Friendship Pass) on the Sino-Vietnamese border. The Qing army was terrified and fled back to Guangxi. At this moment when the enemy is on the verge of a national disaster, Feng Zicai, a veteran living at home, is worried. The main war factions within the Qing Dynasty wrote letters one after another, recommending Feng Zicai to come out again, lead the army to fight the enemy, and defend the family and the country. When Feng Zicai, who was nearly 70 years old, received the task of assisting the imperial court in military affairs in Guangxi, he immediately took up the post. The front-line soldiers rejoiced and elected him as the “former enemy coach”.

On February 25, 1885, the French army blew up Zhennan Pass and retreated to Wenzhou City, 30 miles outside the pass, ready to fight Feng Zicai. . The French invading army used the trick of sneak attack in an attempt to destroy Feng Zicai’s position in one fell swoop. After Feng Zicai got the secret report, he ordered a group of troops to stop it, and on the other hand made a preemptive strike, and ordered the troops to attack the French stronghold to suppress the waves. Flanking back and forth, the French army was beaten back to Wenyuan City.

On March 23, the French army entrenched in Lang Son, under the command of its leader, Nigri, rushed out to Zhennan Pass. Feng Zicai kept his composure and shouted to the soldiers: “If the enemy bandits are allowed to break into the customs again, how will we go back to see the elders of Guangdong and Guangxi”! The soldiers of the whole army were full of patriotic enthusiasm, and they all rushed out of the long wall regardless of their own lives, defeating the violent attack of the invading army. On March 24, Nigri’s eyes were red and he rushed like a wolf in three ways. Feng Zicai shouted, holding a spear eight feet long, and rushed out of the long wall. His two sons followed closely and charged into the enemy group. The whole army finally pressed the enemy under the mountain with the overwhelming momentum. On the 25th, Feng Zicai ordered a general attack, and the French army collapsed. Nigri left more than 1,000 corpses and retreated to Lang Son. Feng Zicai took advantage of the victory and attacked, conquering Wenyuan City on the 26th and Lang Son on the 29th. The remnants of the French army were defeated, completely surrounded by the Chinese military and civilians, and fell into a catastrophe.

Zhenanguan Victory was a famous battle in March 1885 (the eleventh year of Guangxu in the Qing Dynasty), in which the Qing army defeated the French invaders and won a major victory in Zhennanguan, Guangxi. . The Zhennanguan Victory was the first military victory for the Chinese military and civilians to resist the invasion of Western powers after the Opium War. 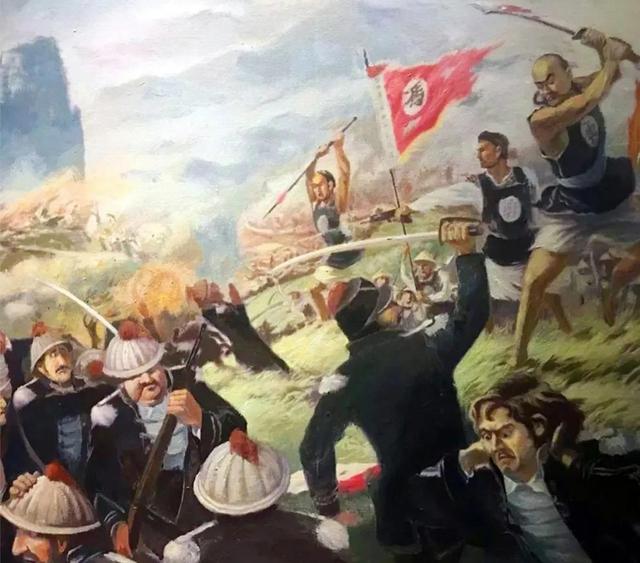