This is not a slaughter incident caused by a black-hearted store. Recently, a netizen on a certain platform shared his painful lesson from eating crayfish. He ate 4 boxes of crayfish for two consecutive nights, and his mouth was full of blood blisters. After being rushed to the hospital, he was diagnosed with secondary thrombocytopeniasecondary thrombocytopenia strong>, the doctor then issued a critical illness notice, and the estimated cost of treatment exceeded 100,000 yuan. 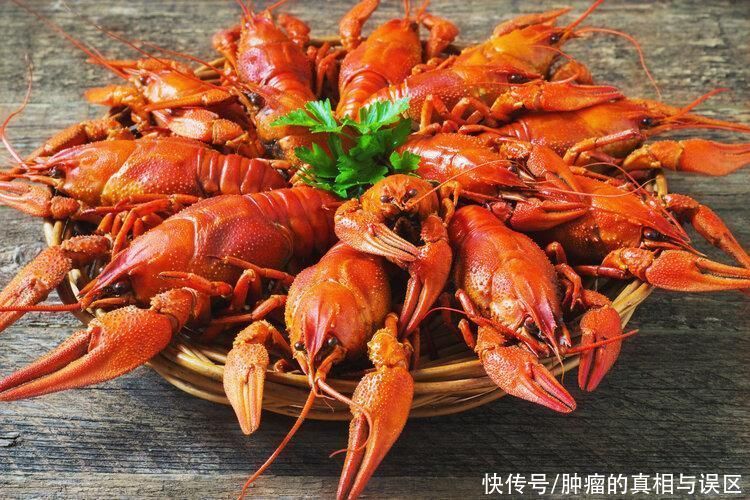 Eating crayfish, how can you still face dangerous diseases? In 2020, Zhang Xiaocheng, the husband of Olympic diving champion Wu Minxia, ​​also suffered from rhabdomyolysis after eating three catties of crayfish and was sent directly to the hospital. After entering the ICU, I walked around in front of the gate of hell.

Crayfish are the protagonists of summer, but there are many “net celebrities” right and wrong. There are many scary sayings about crayfish, “excessive heavy metals cause cancer”, “a lot of parasites”, about There are also many safety accidents caused by crayfish. How to eat crayfish to be safe?

First, crayfish are raised in sewage, and heavy metals exceeding the standard cause cancer?

Crayfish are omnivores, and their main food is organic substances such as aquatic plants, algae, and aquatic insects on the bottom of the water. It is precisely because of the omnivorous nature of crayfish that it can survive in sewage.

But crayfish prefer clean water to sewage. Huang Cheng, an associate professor at the School of Life Sciences of Nanjing University, once led students to conduct experiments. They used a triangular plastic to make a labyrinth, with three circular caves at the three ends. First, 100 crayfish were placed in the same cave, and the other two caves were one for clean water and one for seriously polluted sewage.

Experiments have shown that crayfish prefer clear water environment. Usually, crayfish can always be seen in sewage because their own river environment is poor and they have no other choice. 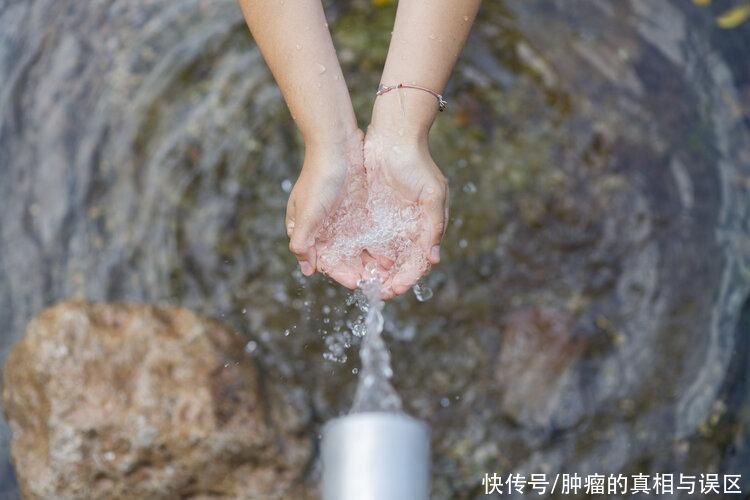 Although the environment where crayfish live is not very picky, it can be used in most environments. adapt. But this does not mean that there is no limit to their “endurance”.Crayfish reproduction in an environment with poor water quality will be difficult, and the growth will be poor, and the molting speed will also decrease< /span>. Farmers will pay special attention to the water quality environment for crayfish to avoid affecting the harvest.

At this time, someone wants to say that although crayfish does not contain heavy metals, the parasites it contains are also very harmful to the body, and crayfish still cannot be eaten. This statement is that true?

Second, there are many parasites on the crayfish, can’t eat?

Professor Luo Enjie, a doctoral supervisor of China Medical University said that crayfish are indeed like other freshwater fish, with inner lining< strong>Possiblyparasites are present. But after being thoroughly cooked at high temperature, it can completely kill the parasites in it, generally there will be no major problems, no need for too much of worry. 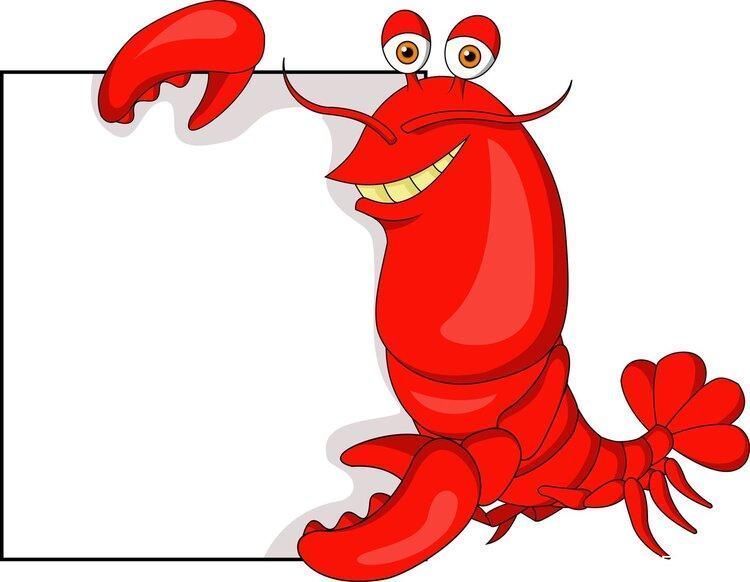 Crayfish are rarely eaten raw, and some are often eaten raw in daily life Food is easy to cause food-borne parasitic diseases, but few people care.

Third, parasites are also easy to hide in these foods, do not eat raw

Sashimi is likely to carryliver fluke. Once the liver fluke enters the body, it will It can lead to liver damage, which in turn can cause liver enlargement, indigestion, diarrhea and other symptoms, and even cause liver cirrhosis and death in severe cases.

Shrimp and crab may contain Lung flukes are difficult to kill with regular alcohol. After entering the body, paragonimiasis will reside in the lungs, causing abnormal symptoms such as cough, chest pain, and hemoptysis, and may even cause pleural thickening and pleural effusion.

Residents in many areas of our country eat raw food water chestnut, water chestnut habit, these foods are likely to have fasciola attached to them. After entering the body, Fasciola Ginger will cause malnutrition, albuminWhite reduction, infection in children may cause mental decline, developmental disorders and other problems, repeated infection may also lead to exhaustion, collapse and death.

Snakes are the main host ofLupworms. Drink snake blood to nourish the body. Once the infection occurs, it will cause abnormal symptoms in the eyes and nasopharynx.

For daily consumption of these foods that may contain parasites, be sure to cook them completely and avoid eating them raw! In life, we often see some cases of accidents caused by eating crayfish. What is going on?

Fourth, why do some people eat crayfish to eat rhabdomyolysis? How to eat well?

Jin Yansheng, Department of Nephrology, Wuzhong People’s Hospital, Suzhou pointed out that the exact cause of rhabdomyolysis caused by crayfish has not yet been found out. But there are two main inferences. One is that crayfish may cause rhabdomyolysis after using “shrimp washing powder” containing oxalic acid, citric acid and sulfites; Allergy to a substance, and then induced the occurrence of rhabdomyolysis.

Keep these points in mind when eating crayfish safely:

Crawfish should be thoroughly washed before cooking, ideally by rinsing them several times with clean water to ensure they are fully cooked. 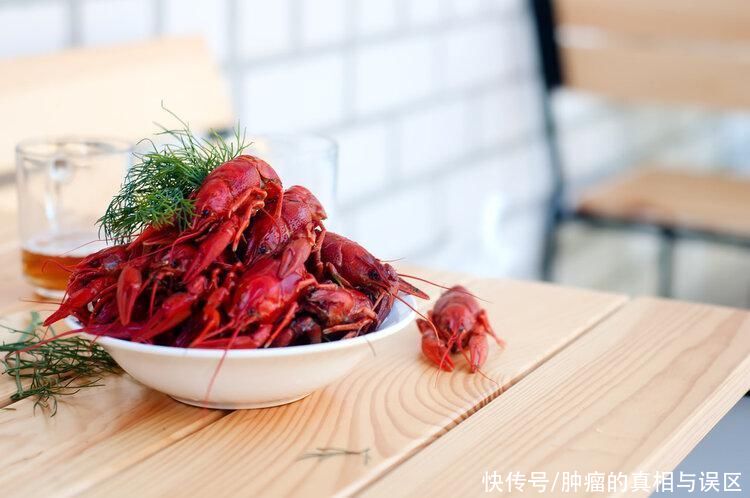 When purchasing crayfish, it is best to choose artificially cultured crayfish, which will be more guaranteed in quality. When eating crayfish, you should pay attention to eating it on the same day, because the protein content in it is rich, it is easy to spoil after overnight, and it is not good for health after eating.

3. Be careful with muscle soreness after eating

24 hours after eating crayfish Within hours, if you find that the whole body or local muscles are abnormally sore, you should seek medical attention in time.

4. Pay attention to avoid the risk factors of rhabdomyolysis

Eating crayfish daily At the same time, be careful to avoid some things that may induce rhabdomyolysis, such as alcoholism, excessive exercise, and taking drugs.

Crayfish is actually not as unhealthy as everyone thinks, and eating it once in a while is generally normal. It will not pose an excessive threat to health, provided that the crayfish eaten are fully cooked and washed. #HealthTrue Knowledge Plan#