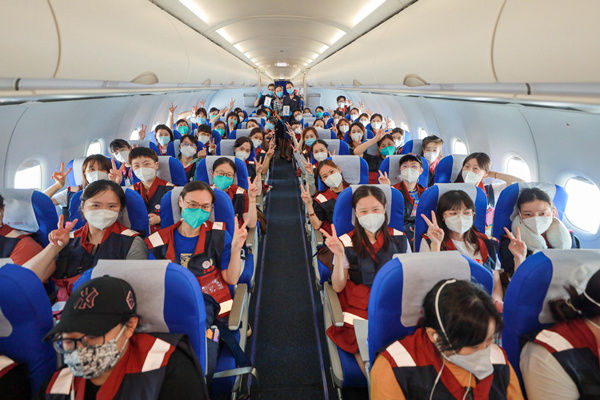 It is understood that the second batch of Shanghai medical staff to aid Qiong is mainly from Shanghai Ninth People’s Hospital and Maternal and Child Health Hospital. Many of them are young people born in the 1990s. After arriving in Haikou, they will be based on local prevention and control work. Arrangements to support the frontline of the fight against the epidemic.

In order to ensure the efficient and smooth boarding of medical staff, the Pudong Passenger Service Center of China Eastern Airlines Ground Services Department arranged a special person to connect with the medical team leader, communicated and coordinated with the airport in advance, and arranged for flight MU5225 to stop at bridges T1-15 nearby, opening up an exclusive Fast track security check. The ground service department of China Eastern also opened the check-in procedures for medical staff at 6 special counters on Island D of Pudong Airport, and dispatched additional on-site personnel to guide the medical staff team to board the plane, and completed all ground support procedures in just 2 hours. At 15:11, flight MU5225 took off from Shanghai Pudong Airport and flew to Haikou.