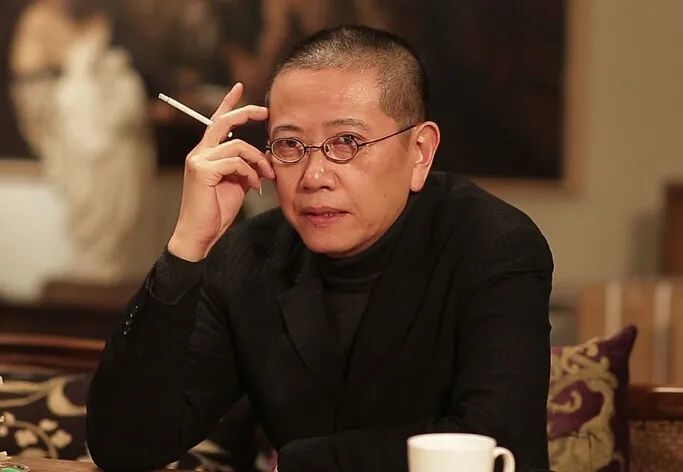 In terms of literature and characters, Lu Xun is the most fun person in China for a century.

The so-called “fun” is the ability to transcend meaning, right and wrong, transcend various big words, transcend layers of value judgments and ideologies like greasy dirt, and directly perceive that person.

In those days, I invited a number of cultural people to talk for the filming of the film “Lu Xun Biography”. Almost everyone mentioned that Mr. Lu Xun said that he was very witty, humorous, casual, and liked to joke.

I have an old friend from Shanghai. His uncle was a young man who played with Mr. Lu Xun. His name was Tang Tang. In the 1950s and 1960s, he saw that Lu Xun was made that fierce in the world. , bitter, privately said to his nephew, “Oh, Lu Xun is not like that.

He said, for example, Lu Xun came to see Tang. When he was in a good mood, he would swirl briskly on the floor as soon as he entered the door, turned all the way to the table, and sat on the table with his hands Grab a cigarette, laugh and talk.

Tang also said that at that time, the war of writing was not as serious and angry as we thought, but it was just a group of literati. , the old gentleman and the friend who was scolded talked to each other at the banquet the next day, still chatting and laughing.

In the 1950s, an old gentleman who had a pen battle with Lu Xun talked about his provocation for Lu Xun when he was young. Lu Xun responded with a few words, and the old gentleman said proudly in his later years :

“Okay, I’ll shoot Mr. Lu Xun off the horse!” After that, he laughed.

Mrs. Zhang Yiping recalled that one day she went to visit Lu Xun with her friends and saw the old gentleman walking home on Sichuan North Road, so she shouted across the road, but Lu Xun didn’t hear him, and waited until everyone chased him At the door of the house, I called him several times! So the old man said “Oh, oh, oh…” several times.

Ask him why he responded repeatedly, Lu Xun said with a smile, didn’t you call me several times, and I’ll give it back to you…

Mrs. Zhang realized that she was joking again, because her husband is a small man.

He is a person who likes to tell “jokes” very much. He even jokes about giving books to young friends. That year, he gave the book to Kawashima, who just got married, and it was on the cover. The inscription says:

“My dear brother Mao, please send a hand from your lover’s arms and accept this boring “A Brief History of Chinese Literature”.” 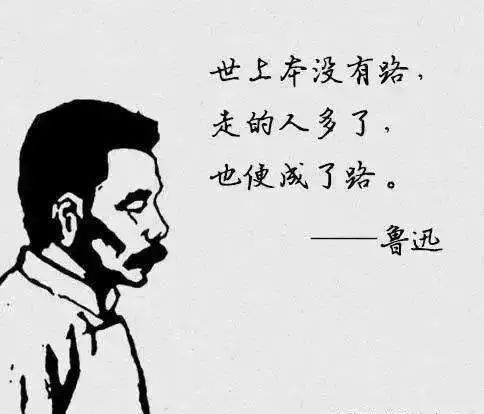 The kind of intimacy, kindness, mischief and pride! A person with excess intelligence and sensibility will probably tell “jokes” anytime, anywhere.

I guess the old gentleman was looking for this self-made pleasure every waking moment, except for something really angry.

Not only is Lu Xun fun, but the literati, society, and atmosphere of the Republic of China all have a fun and happy side.

Our historical education and historical memory, one side is exaggerated and deformed, the other side is hidden, always absent.

A critic laughs at the same time,

This is beautiful literature

The various things Lu Xun wrote, anti-ethical, dissecting national character, advocating vernacular, opposing power, etc., were also written by many people at that time. They were intense and profound, and they were not under Lu Xun.

However, more than 90 years have passed, and if I look at it today, the criticism of the article is not as good as Lu Xun, not the reason, but Lu Xun understands the pleasure of word scheduling and the game of the article.

The titles he gave to the articles made you want to read them at first sight, such as “On the Fuck”, “Thinking and Acting”, “People’s Hearts Are Very Ancient”, “Immediately Keeping a Diary”, etc. Wait, wait, I can’t even count.

Presumably, the old gentleman laughed under the moustache and became proud of himself.

Lu Xun’s writing is really about pleasure. He himself said that his composition was “squeezed” out, not “Wensiquan”, I only believe half of it.

Because this is another “joke” he hides under his beard, which is a bit serious, a bit teasing, and stabs a serious writer by the way.

And what he calls “daggers” doesn’t really want to see blood, but it’s fun to stab, and his attitude is often gentle.

For example, “On the Fuck”, the tone is very well grasped, we read, we naturally understand that he is criticizing one end of the national character, but at the end, the old gentleman starts another A paragraph, suddenly wrote:

But there are occasional exceptions: either to express surprise, or to express convincing. I once saw a farmer father and son having lunch together in my hometown. The son pointed to a bowl of vegetables and said to his father: “It’s not bad, you can try it!”

Father replied: “I don’t want to eat it. Fuck you, eat it!” It has almost become the meaning of “my dear” which is now fashionable.

I guess the old gentleman must be very proud to write this.

Chinese prose is like this to the end, and it is so sincere and beautiful, it really depends on Lu Xun.

The old gentleman is very considerate when he sees things. He is both sharp and kind. He is fierce and sober. . With such a playful attitude, Lu Xun can write an article despite the harshness, then set a fun topic and smile to himself,

The so-called “laughing, swearing and scolding all become articles”, in fact, very few people at all times, at home and abroad, can do it.

Lu Xun’s composition is playing with the dimension and tension of his own personality.

He will suddenly be honest and gloomy, such as his recollections; suddenly naughty, such as his middle-aged essays; suddenly plain and solemn, such as learning or translation; suddenly old and incisive, such as “Story” “New Edition”; suddenly warm and ecstatic, such as “Pickup of Flowers in the Morning”.

The above contrasting qualities can be unexpectedly mixed and indistinguishable.

After he sees everything in this way,

The only reaction was to laugh out loud

With his own writing ability and insight, he touches all kinds of problems and methods of modern writing after World War II in a single, bold, self-talking, extremely sharp and avant-garde way.

As for Lu Xun, he doesn’t care about this kind of tricks at all. Even if he learns of various new Western theories later, he will still be himself.

If he lived in this period collectively known as postmodern culture today, and he still knew what he believed and what he doubted, he would be an extremely clear-minded recognizer and critic of postmodern cultural studies By.

Mr. Lu Xun has another fascinating undertone, the words he reminded us early in the morning. He said: His heart has always been hopeless, dark and poisonous.

Playful, yet hopeless, and hopeless, yet playful, are a pair of noble and indispensable qualities.

This is why Lu Xun is far higher than his May Fourth comrades, and why no one has been able to cover him up, reach him, and surpass him. 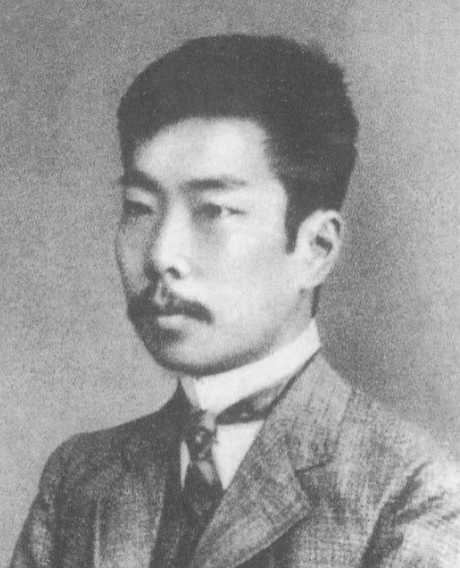 However, Lu Xun’s despairing quality is not found in Chinese culture and Chinese people – on the contrary, modern Westerners can understand it better.

New York director Woody Allen said: “You’re so pessimistic and hopeless, so see-through, your only reaction is to laugh.”

Lu Xun listened to it, perhaps because it was cited as coherence.