Massage and heat the legs by yourself

I didn’t expect this action

I almost hurt myself

Grandpa Li, who lives in Hankou, is 72 years old. He usually sits and does not like to exercise. Recently, he noticed some swelling in his calf. In order to reduce the swelling as soon as possible, he massaged at home every day and applied a hot towel to it.

Unexpectedly, after a few days, not only did the swelling not subside, but my chest still felt tight. Last week, when he massaged his legs by himself, he suddenly had difficulty breathing and collapsed on the ground. His family sent him to Wuhan Central Hospital for emergency treatment. 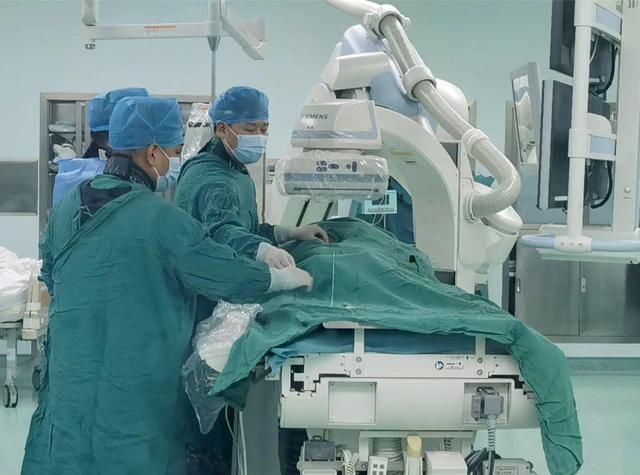 A vascular surgeon at Wuhan Central Hospital operates on a patient.

When admitted to the hospital, Grandpa Li had difficulty breathing and his blood pressure was in a state of shock. After examination, doctors found a blood clot in his leg, suspected of pulmonary embolism. The final diagnosis was deep vein thrombosis of the lower extremities, a large area of ​​pulmonary embolism caused by thrombus shedding. Due to the dangerous condition, Grandpa Li will be in danger at any time.

He Tao, the head of the vascular surgery department of the hospital, quickly organized medical staff to perform surgery on Grandpa Li. After the operation, Grandpa Li’s vital signs stabilized. When Grandpa Li recalled it, he still had lingering fears: “Well, how could a pulmonary embolism suddenly appear?”

“Usually sedentary for a long time can easily form deep vein thrombosis in the lower extremities, and actions such as massage not only cannot reduce leg swelling, but under the action of pressure, it will accelerate the loosening and falling off of the thrombus.” He Tao explained that due to the pulmonary The blood vessels are relatively thin. When the thrombus “walks” with the blood, if it blocks the pulmonary artery, it will cause a fatal pulmonary embolism, which can be life-threatening in severe cases. Every year, hospitals encounter cases of pulmonary embolism caused by such blind massage.

There are many causes of leg swelling

In daily life, people have leg pain and leg swelling. They are used to massaging their legs, thinking that this can enhance blood circulation and reduce swelling. However, there are many reasons for leg swelling. Do not massage blindly. First of all, you should consider whether it is a deep vein thrombosis of the lower extremities. If it is thrombosis, you should avoid strenuous exercise, and be careful not to massage or beat the lower extremities at will.

Experts remind that people who sit for a long time, those who are bedridden for a long time, the elderly, people with high blood pressure, hyperlipidemia and obesity, and pregnant and lying-in women are all at high risk of pulmonary embolism. It is necessary to avoid maintaining the same fixed posture for a long time and exercise properly. ,Weight control. If you have unexplained leg swelling, don’t be careless and go to the hospital in time.