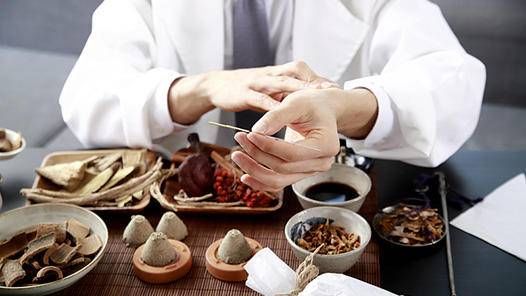 A large number of live videos of health and wellness have flooded major short video platforms, and are very popular among middle-aged and elderly people. The reporter’s recent investigation found that health live broadcasts and short videos are mixed. Some of them teach health knowledge on the surface, but they are actually only selling health care products; many video anchors pretend to be masters and famous doctors to sell courses. Experts especially reminded that health live broadcasts and short videos without corresponding qualifications are not legal, and citizens should beware of being deceived.

The anchors of health care webcasts usually call themselves masters, famous doctors and authoritative experts. On the live broadcast platform, many anchors seem to be very famous In fact, its true identity is difficult to verify. Obfuscating identity information and not publicly stating one’s employer, research field or even name to the audience is a common method used by such “famous doctor” anchors. On a live broadcast account on a live broadcast platform that advertises as a resident “famous doctor” anchor and has millions of fans, none of the “doctors” who start broadcasting on time every day and share health knowledge have indicated their name, hospital and position.

On the live broadcast platform, a short video called “the inheritor of health massage teaches unique medical magic” has a high traffic. In the video, a white-haired old man in a jacket looks like an old Chinese medicine practitioner who has practiced medicine for many years, demonstrating the so-called “hundred-year massage technique”. However, the video did not indicate the identity of the old man, nor did it show his medical qualification certificate. Next to the massage course link posted at the bottom left of the video, there is only one line of small print indicating that this is an advertisement, which is hard to find if you don’t pay attention.

“Health Science Popularization” is a cover for bringing goods

On a live broadcast platform, a female anchor known as “China’s senior health practitioner” taught how to use moxibustion for health care in the live broadcast room, and also interacted with the audience from time to time. Near the end of the live broadcast, the “health practitioner” suddenly changed the conversation and took out some moxibustion products, claiming that the products are inexpensive and effective, and urged the audience to place orders quickly. The reporter noticed that under the premise of “health science popularization”, many viewers did not hesitate to place an order to buy.

After viewing a lot of health care live broadcasts and short videos, the reporter clearly felt that exaggerated and grandstanding “title party” videos emerged one after another on the live broadcast platform. Video producers skillfully use titles such as “Universal Health Formula”, “One massage equals ten years younger”, “Eat alone, lose six pounds in seven days”, and many viewers are often stimulated by such words out of curiosity. Start a video or watch a live stream. On the short video platform, high click volume means high monetization ability. Many accounts use “title party” to attract traffic, and then sell products or implant advertising information to earn black money.

On a certain platform, a yoga anchor will conduct a 3-hour health live broadcast every morning, leading audiences to massage their faces and sit and meditate. The anchor claimed that learning his original “ancient method of three-way yoga” can keep women young forever, and make men strong and wealthy. The reporter browsed the short live broadcast videos previously released by the anchor, all of which were sensational titles such as “Millions worth of teeth and swallows”, “Three keys to health, secrets experts don’t tell you”. It is nothing more than promoting “yoga” courses, or telling the audience some well-known health common sense such as focusing on diet, going to bed early and getting up early.

Zhu Wei, deputy director of the Communication Law Research Center of China University of Political Science and Law, said that those who have not obtained the corresponding qualifications Health live broadcasts and short videos are not legal. First of all, according to the latest revision of the “Regulations on the Administration of Internet User Public Account Information Services” and “Internet User Account Information Management Regulations”, we-media and public accounts involving content in the medical and health field must obtain relevant qualifications. Secondly, my country’s “Advertising Law” stipulates that only medical supplies or health foods approved by the national market supervision department to use the health food logo can be advertised, but their efficacy and efficacy cannot be described or exaggerated during the promotion process. Finally, according to the Food Safety Law, it is also illegal to sell uncertified and approved health products without authorization.

Zhu Wei reminds viewers that if they buy fake and shoddy health care products after watching the live health video, on the one hand, they can complain to the live broadcast platform where the anchor is located; on the other hand, they can also file a complaint with the market supervision and management department or Report to your local consumer association.