16 years, hundreds of billions of dollars, and the investment of many scholars and enterprises have all been lost because of a fake paper that led everyone astray. Recently, an investigative report published in the journal “Science” exposed the fraudulent incidents of papers in Alzheimer’s disease research. The so-called groundbreaking paper published in 2006 and cited more than 2,300 times turned out to be fake. What impact has this event had on academia and businesses? Alzheimer’s disease research, where is the way? Is there any hope of being conquered? Let us now review and look forward to the relevant points. In 1906, the German physician Alzheimer’s first recorded microscopic changes in the brain of a type of dementia patient, describing it as plaques and tangles. Since then, this progressive degenerative disease of the central nervous system has been officially named Alzheimer’s disease. The disease can cause memory impairment, loss of cognitive function, behavioral changes, and even loss of ability to perform daily activities and to recognize loved ones. At present, the total number of Alzheimer’s disease patients in the world exceeds 50 million, ranking sixth among the causes of death due to the disease. The number of patients among our compatriots has exceeded 8 million. Globally, an average of 1 new patient will be added every 3 seconds. It is estimated that by 2050, the total number of patients will exceed 130 million, and the annual related medical expenses will exceed 10,000. One hundred million U.S. dollars. Friends who are familiar with drug development know the double 10 rule, which means that every new drug comes out, it has to go through research, testing, approval and other links. The whole process usually takes 10 years, and $1 billion in costs. However, the clinical trial of Alzheimer’s disease seems to be more difficult than landing on the moon, because the failure rate is as high as 99.6%, and it has left the largest tragic case so far. For example, since 1988, Eli Lilly has invested a total of 4 billion US dollars in research and development of therapeutic drugs. At the end of 2016, it declared a phase 3 clinical failure. On that day, the price of stocks with a market value of 90 billion US dollars fell by 14%, and the market value of 12.6 billion instantly evaporated. Colleagues were frightened, and in February 2017, Merck announced that it would stop developing related inhibitors. In January 2018, Pfizer closed new drug development programs for Alzheimer’s and Parkinson’s disease. 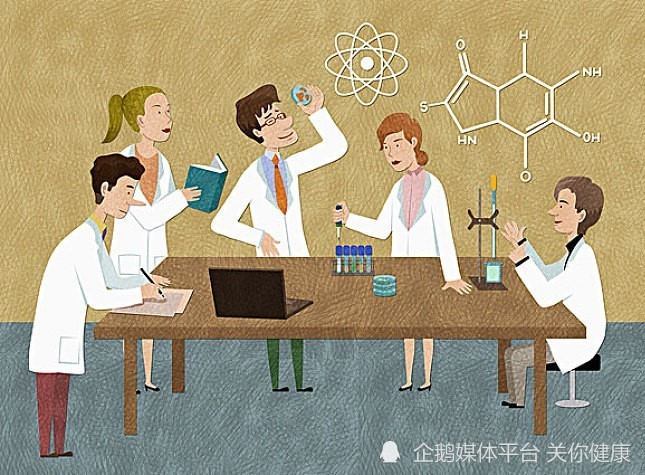 The frustration of research and development, painful for academics and businesses, and disappointment for patients and relatives, is the cause of this embarrassing situation that leads to Alzheimer’s disease The beta amyloid hypothesis. The hypothesis is that increased beta amyloid, along with hyperphosphorylation of Tau protein, leads to neurofibrillary tangles, which lead to synaptic changes, neuronal death, and brain shrinkage. Therefore, the main direction of drug development is to clear beta amyloid. To be precise, an academic monopoly has been formed. For example, from 2006 to 2021, the annual research funding of the National Institutes of Health for amyloid, oligomers, and Alzheimer’s disease has risen from 0 to 300 million More than $1.6 billion will be spent in 2022, accounting for more than 50% of Alzheimer’s-related funding. Many scholars and companies, focusing on amyloid, originated from a paper published in the journal Nature in 2006. The first author of the paper, Lesne from the University of Minnesota, USA, is titled “Specific β-amyloid in the brain impairs memory.” The authors claim that, for the first time, a beta-amyloid isoform, dubbed 56 oligomer, has been identified and isolated in the brains of experimental mice, and this substance can cause dementia in young experimental mice. This proves that beta amyloid is the pathogenic cause of Alzheimer’s disease. This paper, considered important evidence for the beta-amyloid hypothesis, is a foundational study and has been touted as a navigation beacon for follow-up research and drug development.

In 2022, a young scientist from Vanderbilt University will openly question Lesner’s series of work. The warrior, who repeatedly processed the 56 oligomer images involved in Lesner’s paper, found that Lesner had cut the strips and copied and pasted the strips in multiple areas. operation, thus falsifying the relevant results. “Science” magazine, which conducted a 6-month investigation, published a news report on July 21, 2022, providing strong support for the doubts. When Lesner published the fake paper, he was still a graduate student. Because of the fraud, his supervisor won the highest award in this field, the Potain Gold Award. Lesner, on the other hand, owns an NIH-funded laboratory at the University of Minnesota. Since 2012, the United States has eatenTogether with the National Medical Products Administration, 3 amyloid-beta-based diagnostic drugs have also been successively approved. Lesney’s paper, which has been cited at least 2,300 times, is reminiscent of the plot and characters in The Emperor’s New Clothes. Actually, the beta amyloid hypothesis is just one of many academic insights. For example, in June 2008, some scholars published a paper in the journal “Cell”, which showed that herpes virus infection will accidentally break through the blood-brain barrier, trigger an immune response in the brain, activate related genes, and cause cognitive decline. Epidemiological surveys also show that the risk of Alzheimer’s disease in people infected with herpes virus increases by 2.6 times, while the use of antiviral drugs can reduce the risk by 90%. However, this kind of research will not be taken seriously, because thinking about the herpes virus will not win the Nobel Prize, and the vaccines and antiviral drugs to prevent the herpes virus have already sold at the price of beef and cannot generate huge profits. The pathogenesis of Alzheimer’s disease remains undetermined. At present, scholars in this field have proposed the amyloid beta hypothesis, the cholinergic hypothesis, the inflammation hypothesis, the tau protein hypothesis, the mitochondrial abnormality hypothesis, and the synaptic damage hypothesis. If everyone is not revolving around fame and fortune, but can question a little more, then, in the near future, the pathogenesis of Alzheimer’s disease will eventually be confirmed, and reliable prevention and treatment methods will also be found. However, the ideal is very full and the reality is very skinny, because the monopoly of scientific research has become an obvious cancer in social reality, and the evil deeds with great harm have never been accomplished by one or two villains. Finally, donate 1 Easter egg. Pfizer’s chairman and CEO, Mr. Eberle, admitted yesterday that he was infected with the new coronavirus for the second time in two months. He had said that he had received 4 doses of the vaccine produced by himself. Well, is it really vaccinated? Does it really work? Does it really work? What hypotheses are your vaccines based on? Well, that’s all I can say.