But I have to work during the day, and after get off work, I may experience long commutes, housework, socializing, learning to recharge… As I am about to go die, how do I lift the barbell and step Struggling, sweating like rain? Taking a selfie in the gym and taking a shower by the way is my last stubbornness.

Study data from the US National Health Interview Survey excluded cancer, chronic bronchitis, emphysema, heart disease, stroke, and limitations in daily activities A total of 350,978 participants were included, with an average age of 41.4 years, and 50.8% of them were women.

Divided these participants according to weekly exercise time:

After adjusting for covariates such as age, gender, race, education, economic level, marital status, alcohol and tobacco consumption, and BMI, the researchers concluded:

For daily regular exercisers, the longer the duration of a single exercise, the greater the reduction in the risk of all-cause mortality, and an appropriate increase in the proportion of high-intensity exercise during exercise will help reduce the risk of death . And for weekend exercisers, increased exercise frequency (2 vs. 1) was not associated with a decreased risk of death, that is, whether it was weekend exercise, or One day of exercise, the effect is not much different (single rest is not afraid).

While weekend exercise may not be as significant in reducing the risk of death compared with infrequent exercise, it is important to note that this study used weekly moderate- to vigorous-intensity exercise for People with <150 minutes were defined as "inactive".

Whether it’s a weekday or a weekend, it’s better to “move” than “stand still”, if that doesn’t inspire your weekend sports- 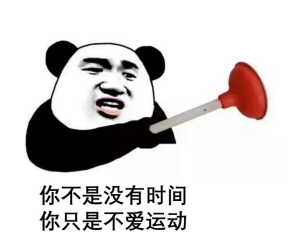