This is a project launched by Tonglu to further promote the westward development of Hangzhou’s cultural tourism, to create the best short-distance tourist destination in the Yangtze River Delta, and to build the country’s first well-known Fuchun Mountain Residence Scenic Spot. Tour itinerary. 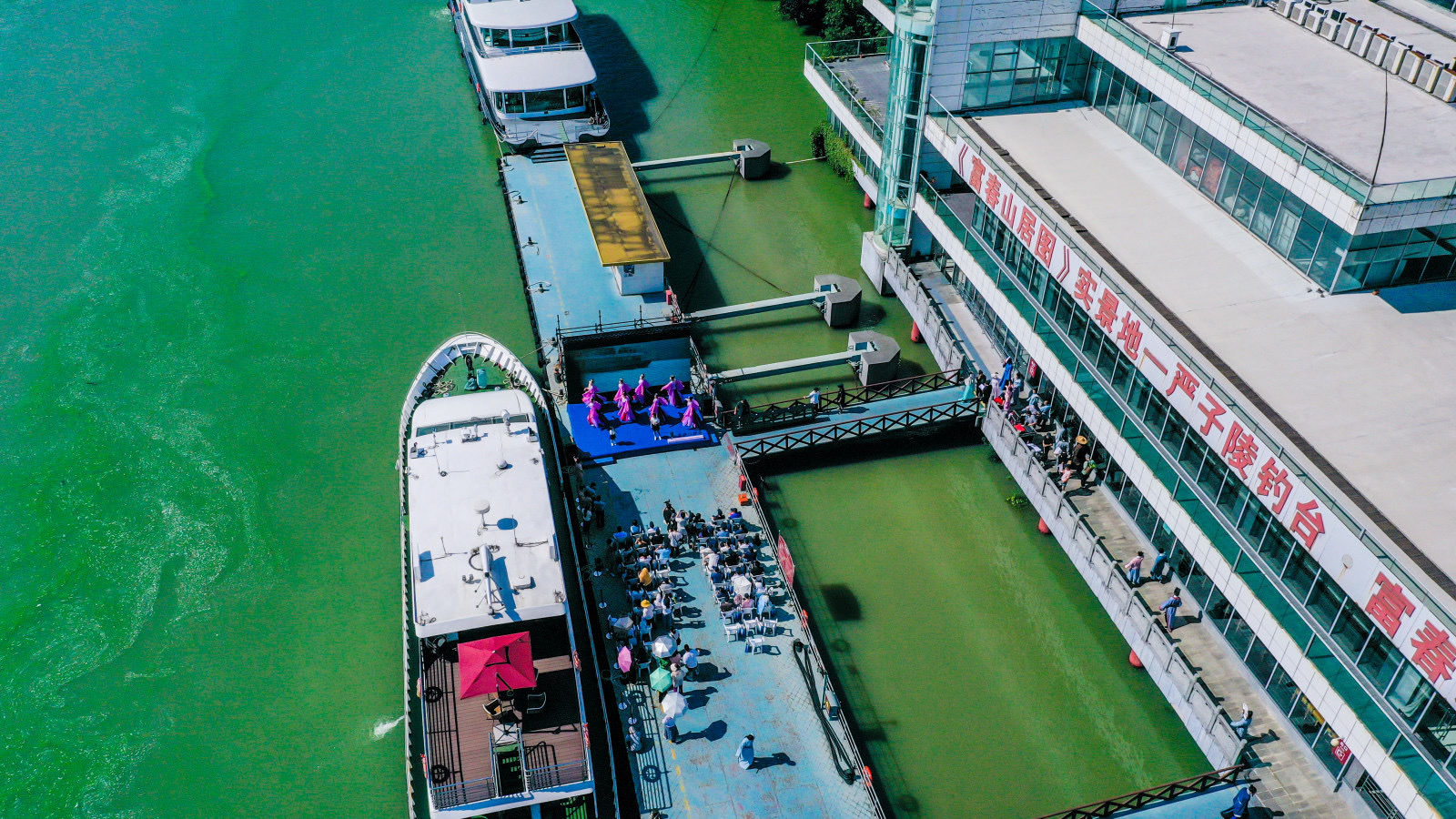 Tonglu has been famous for its “peculiar mountains and different waters” since ancient times. “A bright pearl on the golden tourist route, it is also the real scene of “Dwelling in Fuchun Mountains” by Huang Gongwang, a great painter in the Yuan Dynasty.

In addition, Hangzhou is currently vigorously promoting the westward development of cultural tourism, and the high-level development of the world-class cultural tourism belt of “Poetry Road Culture, Both Sides of the Three Rivers” will further close Hangzhou, Jiande and Tonglu’s connection promotes the integration of tourism resources along the river, forming a chain of beads, and releasing the brand effect of water tourism. 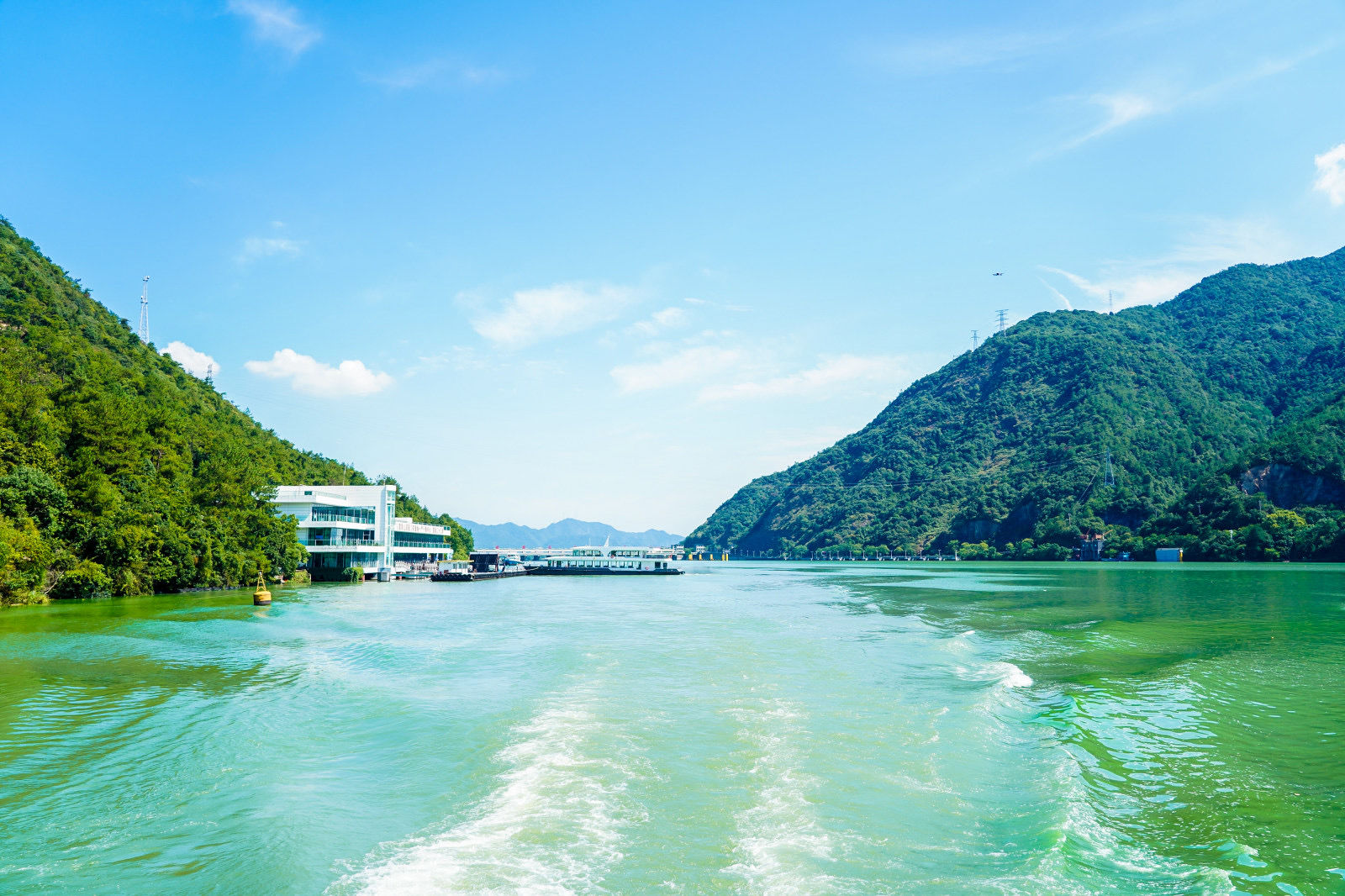 “The opening of the Qiantang River Poetry Road Tour route is Our county assists the construction of Qiantang River Poetry Road Belt, which fully demonstrates the city’s mountains, water resources and rich cultural customs.” Jiang Feng, Secretary of the Party Committee and Chairman of Tonglu County Cultural Tourism Group, said that Tonglu County Cultural Tourism Group will speed up the promotion of tourism. Quality, optimize the tourism service environment, improve the tourism industry format, and enrich the cultural connotation of the scenic spot, and take Yanziling Diaotai Scenic Spot as the core, its unique natural and humanistic landscape as the base, and the profound and profound humanistic heritage as the core, around the “waterfront”. Interaction, integration of culture and tourism, resource planning, integration of point and line”, and strive to create another example and model of the theory of “lucid waters and lush mountains are invaluable assets” in Hangzhou Tonglu.

As the guests lit up the “Qiantang River Poetry Tour Boutique Route”, the route was officially launched. The whistle sounded, and the cruise ship sailed along the Fuchun River. Tourists lean on the railings, enjoy the sparse scenery of the green hills on both sides of the strait, enjoy the gentle river wind blowing in the face, and truly experience the scenery along the way of “Fuchun Mountain Residence Map Real Scenery”. 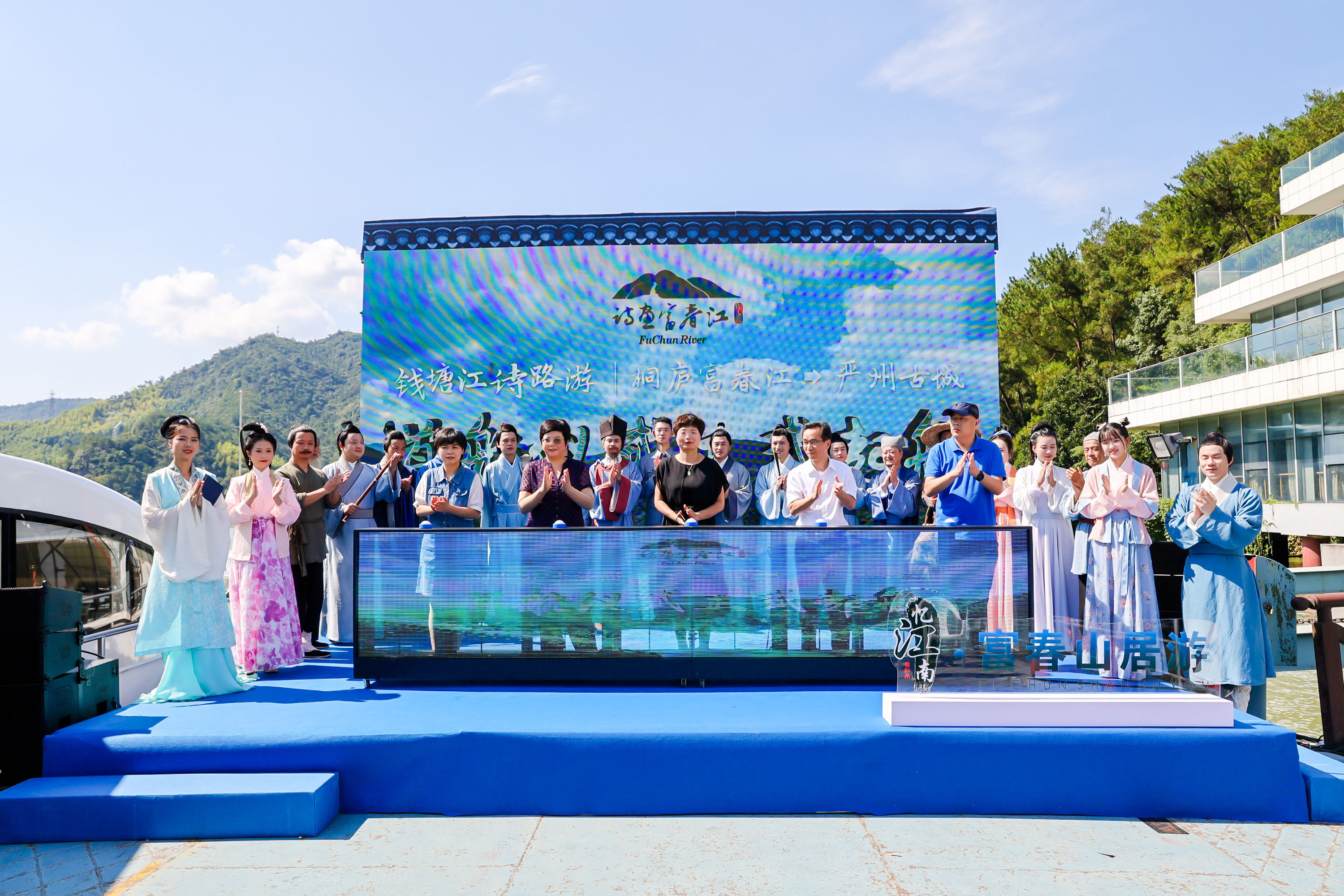 A route linking “ancient and modern” , smooth the two scenic spots, opened up another tourist route from Tonglu to Jiande. The route starts from Yanziling Diaotai Scenic Spot and sails to Yaowu Pier. The entire sailing time is about 1hour, after disembarking, tourists can enjoy the ancient city of Yanzhou.

Chen Chen, head of the Marketing Department of Tonglu County Cultural Tourism Group Fuchun Tourism Company, introduced that compared with the Dongmen Wharf to Jiande Meicheng Ancient Town opened last year This route is shorter, but the “essence” part of the scenery along the way is still included, and tourists can choose the tour route according to their own itinerary.

“Sit on the boat and enjoy the Fuchun River Small Three Gorges The scenery along the way to Yanzhou Ancient City can be said to be both comfortable and beautiful.” As the first batch of tourists on this route, Xu Wei believes that this tour route is full of “poetic and picturesque”.