This article is reprinted from [Qianjiang Evening News];

Affected by the epidemic, many people began to travel nearby with online celebrity social platforms.

“Little Iceland”, “Pony Dynasty”…Because of a certain angle similar to the “authentic” scenic spot, many places have been blown away by the self-media bloggers after adding filters, and they have become Influencer check-in place on social platforms.

Can tourists really rest assured to play without proper management and security? The reporter visited an “Internet celebrity attraction” in the suburbs of Hangzhou last week.

is an abandoned mine

“Hangzhou Small Moishi can not only take pictures, but you can also live here for a day.”

Recently, a wild campsite in the suburbs of Hangzhou has become popular , has been described by bloggers who have been there as the “Moishi Park” of Ganzi around him. Quite a few bloggers have spent the night camping here and it’s been great.

Following the information on the Internet, the reporter made a special drive to this camping site last week.

According to the navigation, there are two gravel mountain roads that can be directly reached, and warning signs such as “no fire in the mining area is prohibited” and “this place is an ecological restoration project” can be seen from time to time. When approaching the finish line, the reporter found that both roads had been blocked by newly built gates, and there were many mining equipment and simple sheds nearby.

reporter Drilled in through a small road, and found a mining lake half the size of a football field, where fish jumped out of the water and rippled from time to time.

The lake is surrounded by gravel and weeds, and there is also a simple shed. On both sides of the pit are steep and exposed dark mine walls, which are indeed somewhat similar to Moishi Park. With clear and green lake water, shooting from certain angles has a sense of mystery. An online blogger estimates that the mine is about 50,000 square meters in size.

reporter I also saw that in the mine, there is a surveillance camera, but I don’t know if it is working properly. There is a white iron sign standing nearby, which reads: Water is prohibited in the deep water area, and all consequences are at your own risk.

According to the camping location photographed by online bloggers, the reporter found that there are still some unused new charcoal and stones for fixing tents on the ground, and there are clear wheels in the mud pit not far away Footprints and animal footprints, looks like someone has been camping here recently. 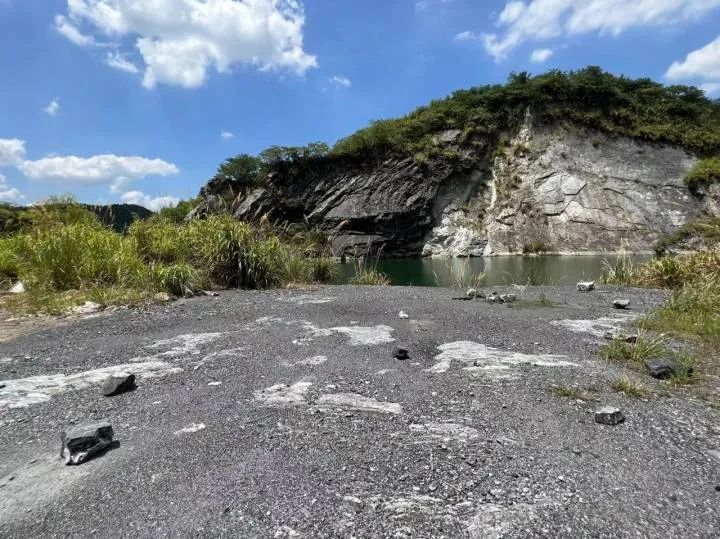 reporter A search on a social platform found that starting in the second half of 2021, several bloggers posted posts about driving here to check in.

Some bloggers reminded that there are fish underwater for fishing, but swimming is not recommended. The lake is a cliff-like depth. As of this writing, a lot of people are still commenting under the post asking if they can stay overnight.

The mine has been closed for a long time

The mine has started camera monitoring

During the visit , The reporter contacted Mr. Sun, the person in charge of the protection of the mining area, according to the notice board set up at the door.

“We are not open to the public here, let alone a tourist attraction, but I don’t know who came here and post it on the Internet, and it’s hard to prevent campers. ”According to the introduction of the person in charge surnamed Sun , This mine has been suspended since 2014, and has been in a state of shutdown. It has only begun to return to green some time ago. The simple work shed by the lake is temporarily built for workers.

“In the past two years, as long as someone came to camp here by car during the inspection, we would persuade them to return. The pond in the mine is more than ten meters deep, and there are no safety facilities around. Accidents such as falling into the water or falling rocks cannot be rescued in time. ”

In the past two years, camping has been hot, and more people come here to check in. In order to prevent accidents, in June this year, in addition to reinforcing the gates of the two mountain roads, the mining area also set up some warning signs along the road. “We have just installed a camera monitoring device in the mine these days, which can detect travelers and campers in a timely manner.” 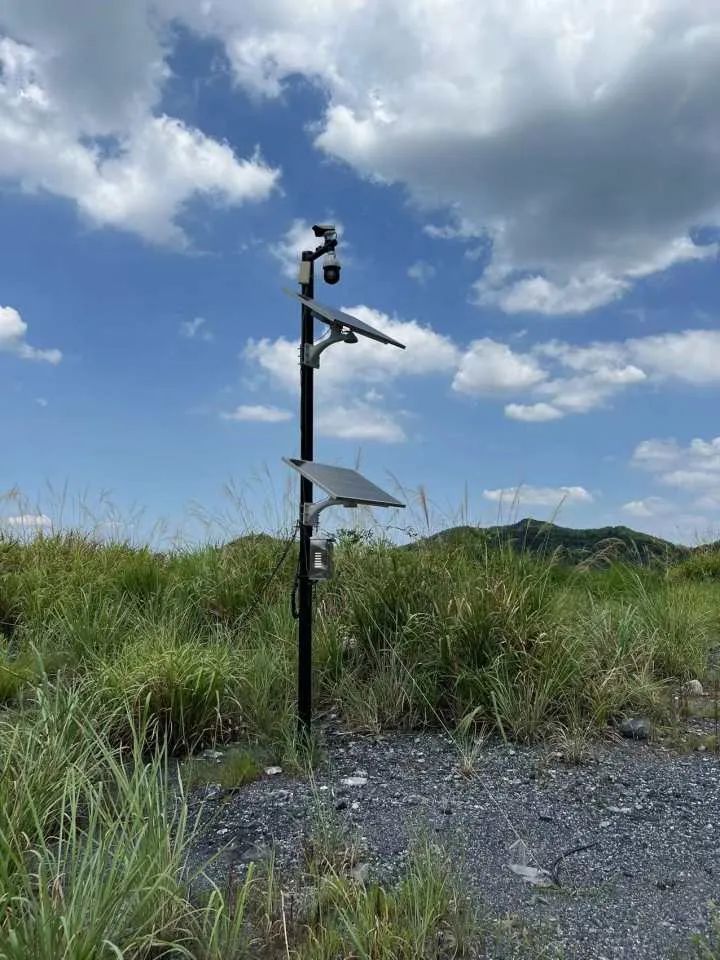 The reporter found that there is a “Dashan Reservoir” on the mountainside not far from the mine. There is a farmhouse beside the reservoir, where you can fish and eat. The owner’s wife said she did not know but was not surprised that someone came to camp in the mine pit on the mountain. “Many young people now like to seek excitement, but it is not safe to camp overnight in the deep mountains at night. It is difficult to ask for help in case of an accident.”

Many unofficially recognized wild net red scenic spots lack formal management and necessary rescue facilities, it is difficult to respond in time once an accident occurs. In recent years, accidents caused by the pursuit of excitement are not uncommon:

In February this year, more than 20 ALICE friends took a risk in the “Great Xing’an Mountains” in Hangzhou in order to enjoy a better snow scene. The said Lin’an Baizhangling chose a wild road to go down the mountain, resulting in being trapped at night in the mountains where the temperature had dropped to below zero, and was able to escape after multiple rescues.

At the end of July, a photographer in Jiangsu was attracted by the star trail photos of Prince Edward on the Internet , driving alone, he climbed the top of the mountain at night without preparation, and was eventually trapped on the cliff , the rescue team took 4 hours of difficult search and rescue to help him escape…

Follow social platforms to travel. If the blogger recommends undeveloped, unopened areas or non-tourist attractions, who will be responsible in the event of an accident?

Fu Linfang, a tourism legal expert and a professor at Zhejiang Tourism Vocational College, believes that Internet celebrity bloggers only provide relevant information about check-in points, and there is no contractual agreement with tourists who follow the trend, and they are not event organizers. Therefore, No legal responsibility is required;but these recommendations actually cause safety issues, especially recommending netizens to go to places with significant safety hazards or dangerous areas that are prohibited from entering, such recommendations should be restricted.

Similarly, donkeys or tourists, as adults, must also have their own judgment and be responsible for their own actions. In the event of an accident, a lot of manpower and material resources need to be invested in rescue. As of the time of publication, Lijiang, Huangshan and other cities outside the province have successively issued regulations. If you rashly enter some non-tourist areas, expressly prohibited entry, undeveloped areas, etc. and are in trouble and need rescue, relevant organizations and institutions will be completed. After the rescue, the organizer of the tourism activity and the rescued person shall bear the corresponding rescue expenses. “There should be more places to make such regulations in the future,” said Fu Linfang.