The ward has successively treated 4 patients with colorectal cancer under the age of 40, the youngest being only 28 years old;

All of them had early symptoms and failed to attract enough attention. It was not early when the diagnosis was made;

4 patients all liked the greasy and spicy taste, and their work was stressful…

April 15 to April 21, 2022 Today is the 28th National Cancer Prevention Awareness Week, and this year’s propaganda theme is “Cancer Prevention, Early Action”. Nowadays, more and more young people are suffering from intestinal cancer at an early stage. Experts remind that tumors are not the patent of the elderly. The prevention and treatment of intestinal cancer and early screening are very important. Young people should also learn to recognize the danger signals in the body.

A 28-year-old man was diagnosed with bowel cancer

There were early signs but not enough attention

A few days ago, the people affiliated to Ningbo University A 28-year-old young patient was admitted to the tumor ward of integrated traditional Chinese and Western medicine in the hospital. As a new Ningbo native, Xiaoye is a typical urban white-collar worker. He works hard in a foreign land alone. Only by working hard can he gain a firm foothold. The pressure can be imagined, and it is common for three meals to be irregular.

More than a month ago, Xiaoye found that his stool became abnormal, frequent, and often had blood in the stool. I checked the Internet and found that the symptoms of blood in the stool were probably hemorrhoids. Thinking that I was not happy with spicy food on weekdays, Xiaoye didn’t take this problem to heart.

However, after 1 month, Xiaoye’s blood in the stool was so frequent that it would not disappear even if he did not eat any spicy food, which made him alert and took time to go to the hospital for examination. In the anorectal outpatient clinic, the doctor only performed a digital anus examination, and found abnormality, and suggested that he undergo further examinations. The final lobule was diagnosed as bowel cancer, locally advanced. The doctor regrets that if the blood in the stool can be paid attention to more than a month ago, the treatment of the lobules will be easier. Fortunately, he is still undergoing surgery.

“We found that there are more and more patients with bowel cancer under the age of 40 in recent years. Recently, 4 young patients with bowel cancer have been admitted to our ward. He is 28 years old, and the oldest is only 38 years old.” Chen Ke, chief physician of the Oncology Ward of Integrated Traditional Chinese and Western Medicine, People’s Hospital Affiliated to Ningbo University, introduced that the situation of the 38-year-old patient is also regrettable – his stool has been thinning for a while. Now, 4 months ago, he had difficulty in defecation, but he didn’t go to the hospital for a detailed examination. He went to the pharmacy to buy laxatives, and the stool was resolved, so he didn’t take it to heart. It was not until 4 months later that the laxatives also lost their effect, and he did not think of going to the hospital for examination. In the end, the doctor confirmed that the patient’s bowel cancer had reached an advanced stage, the cancer had metastasized, and the opportunity for radical surgery was lost. 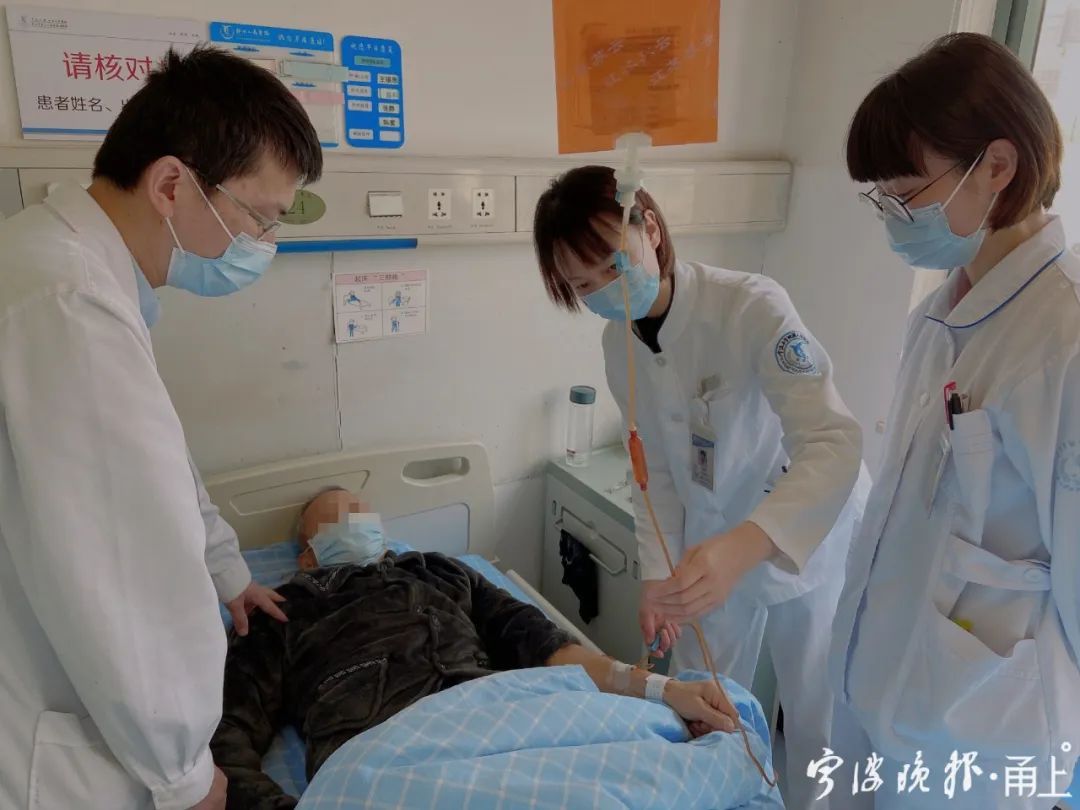 These are the common points of young bowel cancer patients

“According to the young patients with colorectal cancer admitted to the ward, 50%-80% of them are in advanced stage. Careful analysis of the life history of these young patients will reveal that they have a lot in common.” Ningbo University Fan Chaoyan, the head nurse of the integrated traditional Chinese and western medicine tumor ward of the Affiliated People’s Hospital, has been exploring and practicing integrated traditional Chinese and western medicine nursing for cancer patients in recent years. She gave analysis and suggestions from the perspective of lifestyle.

“These young colon cancer patients prefer greasy or spicy diets, but do not like fiber-rich vegetables and whole grains. In addition, due to heavy work pressure, most of these young people eat irregularly.” Fan Chaoyan Introduction, improper diet is one of the important factors for young people to suffer from colorectal cancer. High-fat, high-protein and low-fiber diets will increase the burden on the intestines. These foods will produce more metabolic waste and toxins, which are easy to cause. Intestinal mucosa is damaged, resulting in cancer.

In addition, fried, fried and grilled foods contain high levels of methyl aromatic amines and benzopyrene, which may cause damage to the intestinal mucosa and cause cancer.

“Many young patients don’t pay attention when they have early symptoms, and they become more serious when they are diagnosed. In fact, bowel cancer is preventable and treatable, and early screening is very important.” Chen Ke suggested , high-risk groups of colorectal cancer should be screened regularly, including:

people over 40 years old in areas with high incidence of colorectal cancer;

I have suffered from colorectal cancer, adenoma or polyps;

I have suffered from severe ulcerative colitis, ten Those who have not been cured for more than 10 years;

Those who have received pelvic radiotherapy.

In addition to regular colorectal cancer screening, once there are unexplained changes in bowel habits or stool abnormalities, visible bleeding, dark red bleeding, and unexplained anemia, weight loss, nausea, vomiting, anorexia and other problems , and carry out relevant inspections as soon as possible.