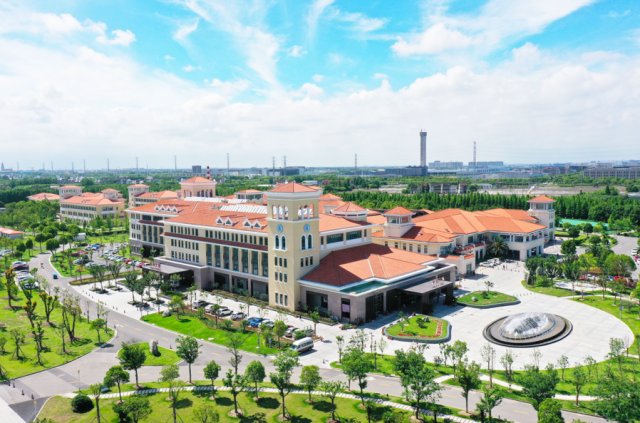 Shanghai’s epidemic prevention and control is at a critical stage. In response to the increase in the number of confirmed cases in this epidemic, the increase in the number of susceptible groups such as the elderly, and the increase in severe cases, the reporter learned from the Shanghai Municipal Health Commission today (April 19) that the city is coordinating high-quality Medical resources, strengthen the treatment force of 9 designated hospitals including the Municipal Public Health Center and the northern branch of Ruijin Hospital, and carry out multidisciplinary treatment for basic diseases while treating new coronary pneumonia.

As a designated medical institution for the treatment of the new crown in Shanghai, the reporter learned from the Shanghai Public Health Clinical Center that at present, there are four characteristics of “old, young, pregnant, and severe” people in the hospital, including the elderly, children, pregnant women, and severe cases. patient.

Among them, the patients with severe COVID-19 are mainly the elderly, and all of them have serious underlying diseases, including diabetes, cardiovascular and cerebrovascular diseases, malignant tumors, pulmonary embolism, chronic obstructive pulmonary disease, etc.

Young and middle-aged critically ill patients themselves have more serious underlying diseases. For example, a 33-year-old critically ill patient suffers from a serious autoimmune disease, and the immune function declines significantly. At the same time, due to poor renal function, hemodialysis is required to maintain , The patient showed extensive pulmonary lesions with pericardial effusion on admission. After active antiviral symptomatic support combined with traditional Chinese medicine treatment, the lung imaging has improved, and the related underlying diseases are still being actively treated.

The city-level intensive care team has been reorganized and settled in the isolation ward. In accordance with the principle of one person, one plan, the city has increased the rescue force and carried out multidisciplinary expert consultation. According to the characteristics of severe patients with serious underlying diseases, while actively treating new coronary pneumonia, ventilator-assisted ventilation, extracorporeal membrane oxygenation (extracorporeal membrane oxygenation) ECMO), anti-virus, anti-infection, symptomatic nutritional support and other treatments; at the same time, special attention is paid to the complementary advantages of traditional Chinese medicine and western medicine in critically ill patients, special attention is paid to observing the changes in the condition, and every patient is treated with all-out efforts.

Shanghai Geriatrics Center is one of the temporary designated hospitals for the treatment of COVID-19. It mainly treats patients with COVID-19 positive common and basic diseases (stable period). The hospital is equipped with corresponding specialized medical care and medical treatment facilities. Not long ago, an online consultation was underway in the conference room of a designated hospital. Ge Junbo, an academician of the Chinese Academy of Sciences and director of the Department of Cardiology of Zhongshan Hospital Affiliated to Fudan University, led a team of multidisciplinary experts to consult a 93-year-old severely ill elderly man.

The reporter learned from the front line of treatment that there is another characteristic of critically ill patients: a large proportion of patients have not been vaccinated against the new crown, especially the complete booster immunization has not been completed.

Previously, Wu Jinglei, director of the Municipal Health and Health Commission, introduced that as of April 15, nearly 3.6 million people in this city had been vaccinated against the new crown vaccine for people aged 60 and above, and the vaccination rate was 62%; 218 people had completed the booster vaccination. 10,000 people, the vaccination rate is 38%.

“According to research and monitoring, the Omicron variant is still very harmful to the elderly, especially those who have not been vaccinated and have chronic underlying diseases. Although vaccination cannot completely block the The virus spreads, but the effect on preventing severe illness and death is still very significant.” Wu Jinglei reminded that generally speaking, if the chronically ill people who take regular medication are not in the acute attack stage, or the disease is well controlled and in a stable stage, they can be vaccinated , It is recommended that eligible elderly people get vaccinated as soon as possible after the community is unblocked and nearby vaccination sites are opened, and the vaccination should be boosted as soon as possible after 6 months of full vaccination to produce better results.