This article is edited with 4760words, estimated reading time, 10 minutes.

EQ refers to the quality of your handling of emotional problems, will, and tolerance of setbacks. 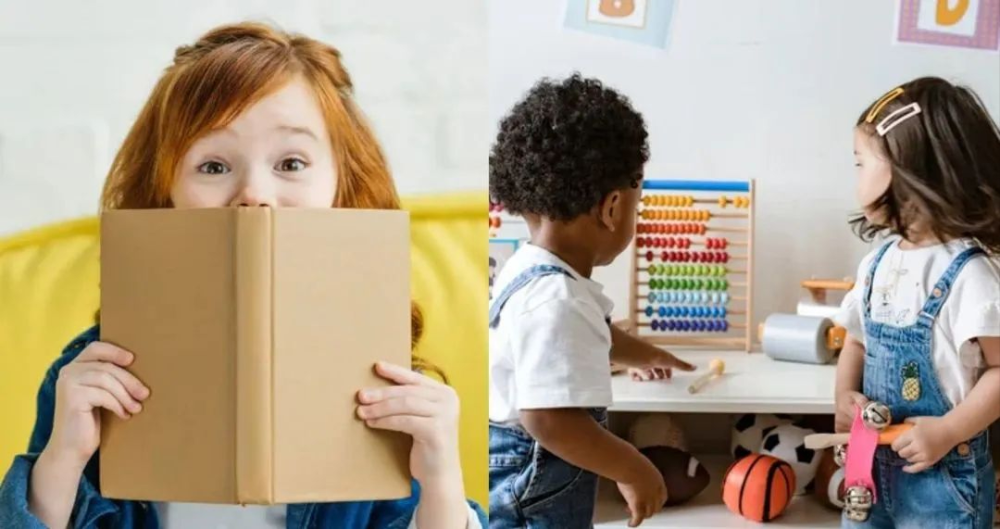 IQ, your ability to learn and understand something, is an important factor in your child’s learning performance.

Some people say that IQ is not like emotional intelligence, it cannot be cultivated, and it is limited. It will not change from the moment of birth.

But this is not right. You can train your mind to improve yourself.

And, importantly, nutrition affects your intelligence.

Today our focus is on nutrition related to intelligence, many of which are important for brain development. 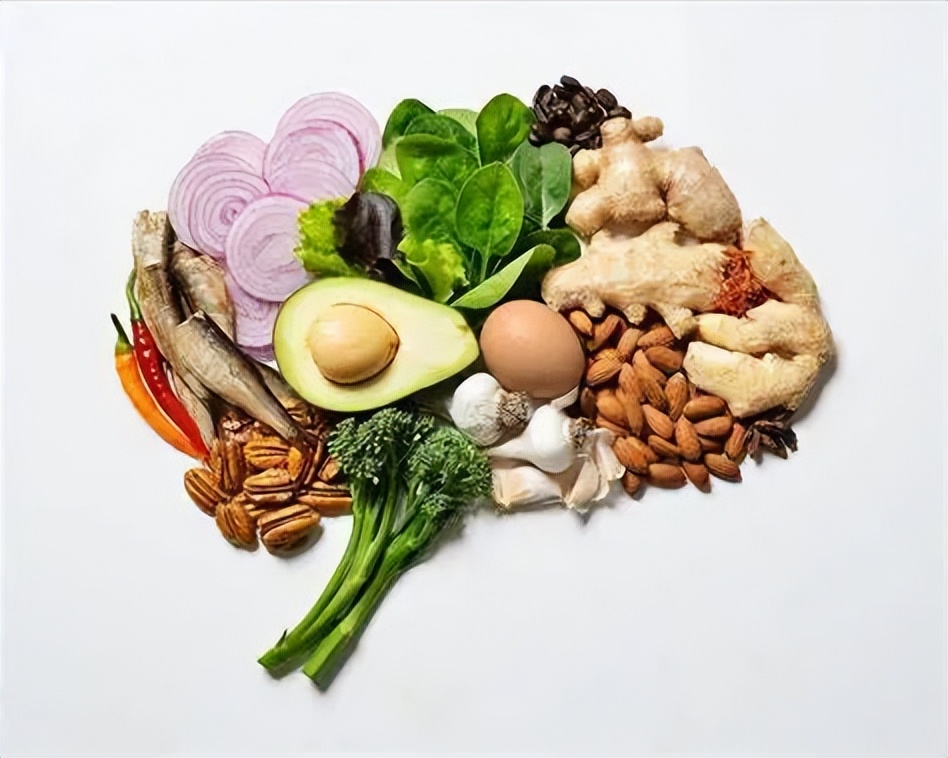 First of all, let’s talk about minerals, you don’t need a lot, you just need a little; but if you don’t have a little, you’re in big trouble.

We all know that kelp seafood can be supplemented with iodine, and that iodized salt contains iodine.

Iodine deficiency is the leading cause of brain injury in childhood, leading to impaired cognitive and motor development, affecting children’s performance in school, and studies have shown that if Iodine deficiency as a child reduces IQ by 13%.

Some studies have also found that even iodine deficiency in adults can reduce IQ by 15%. 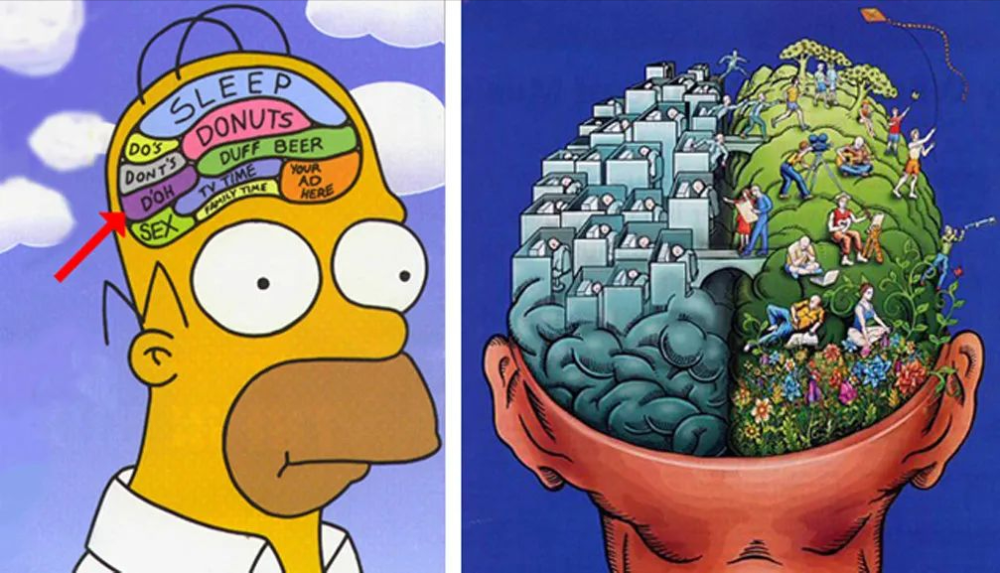 The critical time to get iodine is when women are pregnant and breastfeeding. Iodine is involved in the production of certain parts of the brain, such as the hippocampus, which is associated with learning, memory, and spatial orientation.

Our brains are made up of different parts, some of which are involved in problem solving, which is what determines our IQ, such as the hippocampus and frontal lobes.

Iodine deficiency in young children is also particularly at risk because the brain still needs iodine to develop during the first two years of life.

In addition, iodine deficiency in children is a cause of physical and cognitive impairments, as well as hypothyroidism.

The damage increases with the degree of deficiency, with the most severe consequences being endemicCretinism, a syndrome combining irreversible mental retardation, nerve damage and thyroid failure.

The second most important mineral is zinc, which is involved in hundreds of different enzymatic reactions and it interacts with the hippocampus and neurotransmitters. Generate about.

Zinc is important for your child’s height and for intellectual development. The main sources of zinc areoysters and shellfish.

When it comes to zinc, you have to mention copper, which is an important trace element necessary for the proper functioning of neurons, impaired zinc/copper metabolism and signaling, and many brain diseases related, including autism disorder (ASD).

Children with autism have low levels of zinc and copper.

But there is a huge correlation between higher IQ and a good zinc-to-copper ratio; Alzheimer’s patients also have very low levels of copper. In the early 1980s, Dr. Paul Eck looked at zinc and copper and their relationship to the brain and brain function in hair tissue mineral analysis.

When taking a zinc supplement, make sure it is balanced with copper, a Zn:Cu (Zn:Cu) ratio of 8:1-10:1 is recommended, A typical combination mineral supplement contains 25-30mg of zinc and 3mg of copper. Fiber, phytates, lectins and other compounds in grains, soy products, and the use of food chemicals can also reduce the bioavailability of copper in foods, rich Protein-containing foods help copper absorption.

Individuals with underlying gastrointestinal disease, or those who have undergone gastric bypass surgery, may experience poor copper absorption.

Magnesium is the 4th most abundant mineral in the human body. Magnesium plays more than 300 enzyme systems throughout the body, including the brain. Importantly, these enzymatic reactions affect everything from bone and blood sugar, to nerves and brain cells.

Magnesium is essential for normal brain function. It is required for the production of ATP, which provides energy for the brain. Not enough magnesium in the brain is associated with low IQ. There is a huge connection between them. Here’s how it works: Magnesium helps manage ionotropic glutamate receptors (NMDA receptors), which act as a link between the brain and the body Transmitters of information; these NMDA receptors are necessary for brain development, learning and memory.

Magnesium is probably one of the elements most familiar to ketogenic people. Of all magnesium deficiency symptoms, brain fog is the most commonly discussed symptom. The occasional day of brain fog is normal, but This is not something that should be experienced often.

While “brain fog” is not a medical term, it refers to a range of persistent symptoms that affect people’s daily lifestyle, including:

The best way to supplement magnesium comes from food, of course. Magnesium is found in natural foods such as dark green vegetables, pumpkin seeds, avocados, dark chocolate and more.

However, due to the influence of phytic acid and oxalic acid in food, it is difficult for people to get enough magnesium through food, and it is necessary to supplement with magnesium preparations at this time.

There are different types of magnesium available on the market. For improving IQ, we recommend magnesium threonate.

Its smaller molecules and easier to cross the blood-brain barrier, so it can promote various functions of the brain, such as improving memory, learning ability and cognitive function.

I would like to add that vitamin D deficiency is also associated with learning disabilities, IQ and cognitive decline.

Also, iron supplementation is very important for pregnant women, and the reason why iron is associated with lower IQ may be that it is linked to anemia and red blood cells Related, which affects the delivery of oxygen to the brain.

The brain needs iron to produce neurotransmitters such as serotonin, dopamine, and norepinephrine.

If you are iron deficient, eat more red meat, blood, offal and shellfish and cut back on plant-based foods to avoid interference Iron absorption, especially some whole grains and legumes. 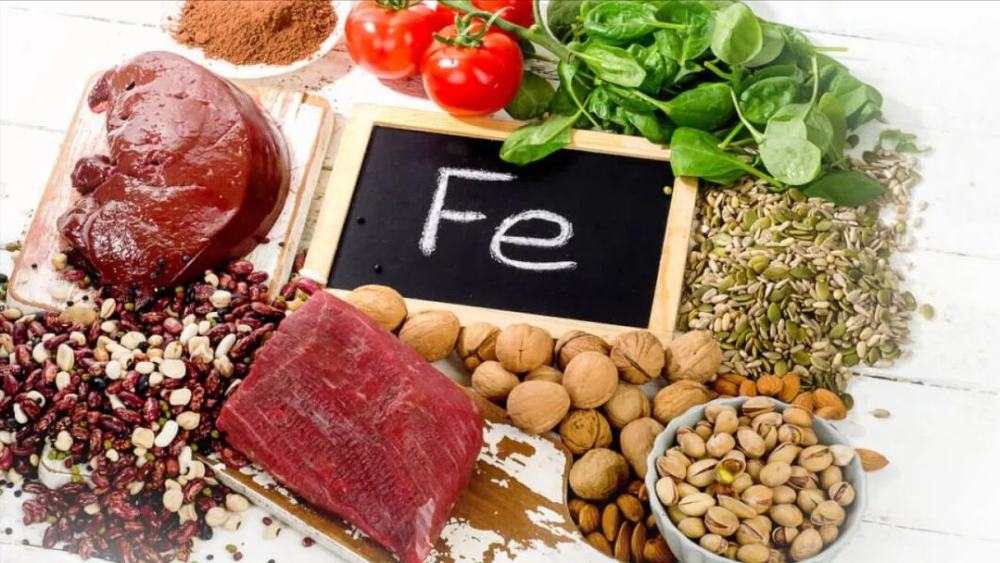 Many food components that prevent the brain from using iron include:

Tannins: Found in beans, nuts, wine, tea, berries, pomegranates, and many other fruits.

You may have heard that Popeye loved spinach because it is so rich in iron.

Many plant foods are rich in iron. However, these irons are difficult to be utilized by the human body, such as spinach and red dates.

If your diet is mainly vegetarian, proper iron supplementation is necessary, and it is recommended to supplement iron from meat.

If the body is deficient in vitamin B12, it cannot synthesize DNA, RNA, red blood cells and bone marrow.

A deficiency of vitamin B12 can lead to a range of serious psychiatric problems, including depression, psychosis, memory problems, mania, and changes in behavior or personality. 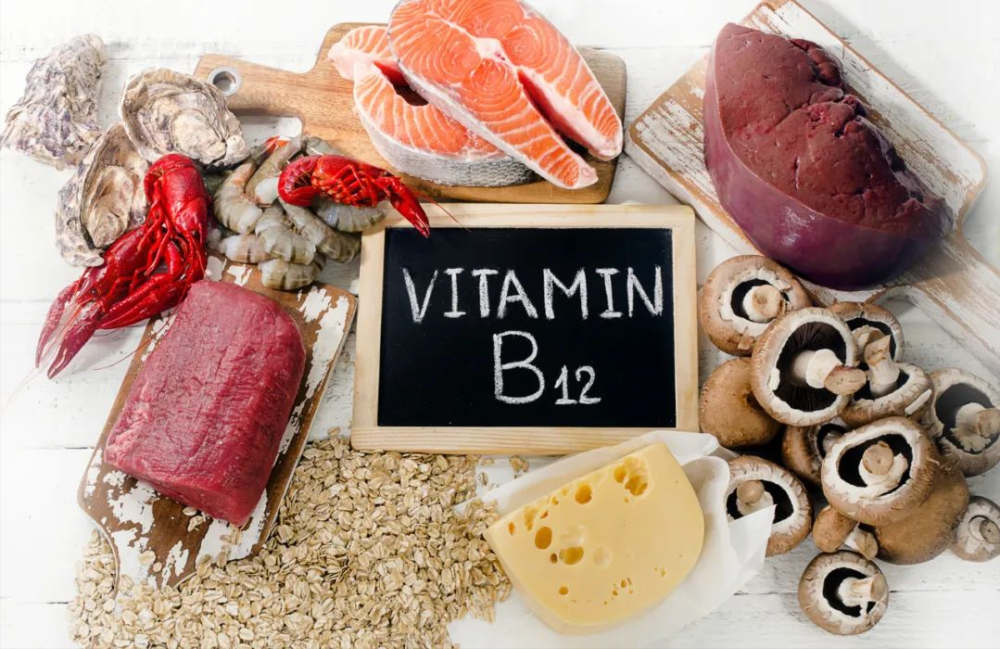 In general, increasing the intake of red meat, shellfish and organ meats in the diet can completely prevent vitamin B12 deficiency.

omega-3 is important for synaptic plasticity, the ability of synaptic function to transmit signals between brain cells, and it is this mechanism that enables learning and memory.

DHA is absorbed by the brain in preference to other fatty acids, and DHA is renewed in the brain very quickly, faster than generally realized. 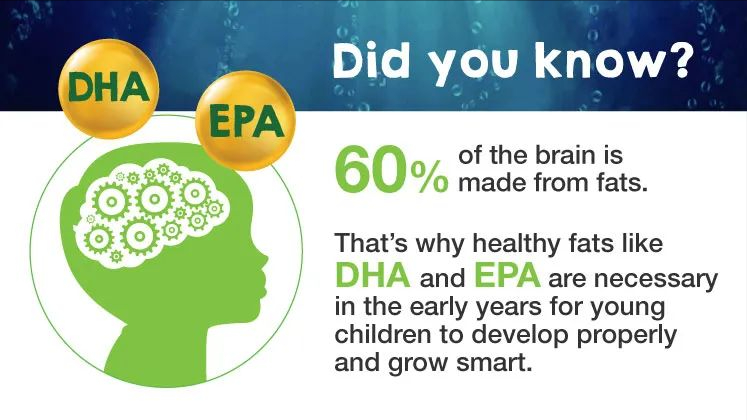 DHA is essential for normal brain function and development at all stages of life.

Children’s growth is slow, you can directly add fish oil, or eat more seafood such as salmon.

Too much sugar may damage intelligence

In addition to certain nutrients that affect IQ, sugar also affects our brains.

In a rat study, researchers observed that daily consumption of sugar-sweetened beverages in adolescent rats impaired learning and memory in adulthood.

This may be mainly through changes in the gut microbiota, leading to impaired learning and memory, and intestinal enrichment of Parabacteroides, Linked to impaired memory, and sugar consumption early in life increases this bacteria.

Given the importance of the hippocampus in cognitive function, the researchers also looked at the effects of eating too much sugar on the hippocampus, giving young mice a normal diet and a diet containing 11% sugar. liquid. 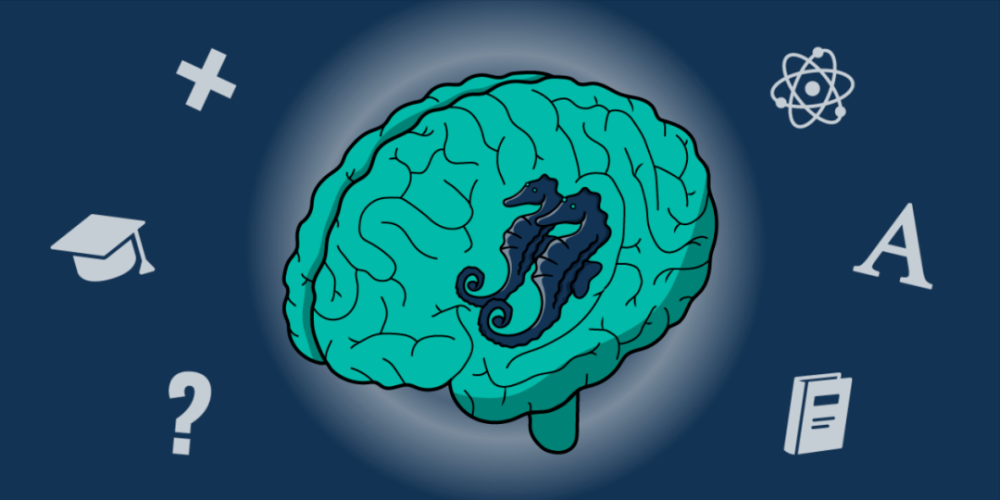 After giving these rats a hippocampus-dependent memory task, it was found that the rats that ate the sugar early were impaired in their ability to discriminate between novel objects in a given environment and The rats that didn’t eat the sugar did the job.

High blood sugar, both in the short and long term, appears to negatively affect memory.

The study found that high blood sugar impairs memory, learning and memory consolidation in patients; the researchers looked at hemoglobin A1c levels and fasting blood glucose levels, both of which associated with decreased memory. 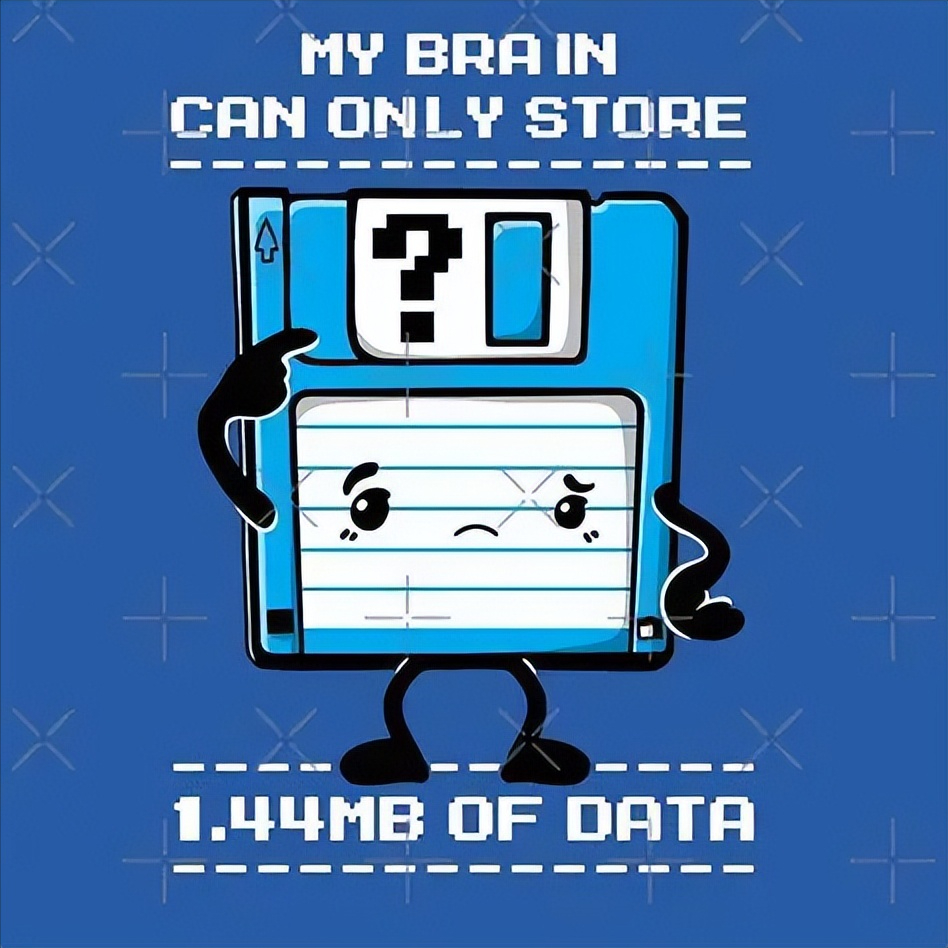 The researchers also performed scans to assess the volume of each patient’s hippocampus, which is also particularly sensitive to high blood sugar levels because it is associated with long-term and short-term memory.

High blood sugar may damage the outer membranes of cells, or reduce levels of neurotransmitters, which disturb the inside and between hippocampal cells, researchers have found signaling.

Information transmission between hippocampal cells is essential for memory encoding, storage and retrieval; A1C level above 7, our memory will decline significantly . 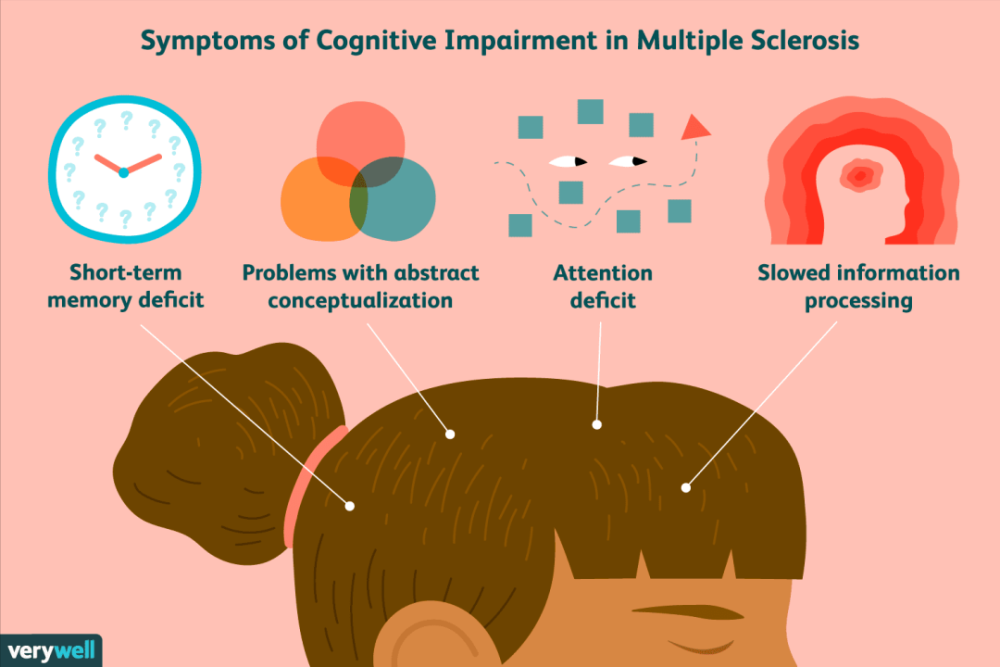 It’s even more important to note that the study specifically excluded several types of subjects: people with type 2 diabetes, other serious medical conditions, or those with mental illness.

This means that even people in good health can experience the negative effects of high blood sugar.

Another IQ-related factor is insulin resistance in the brain, which is a reduced response of the brain to insulin, which affects the part of the brain responsible for memory, the hippocampus body, especially.

Researchers have discovered that insulin stimulates memory-forming brain cells by binding to a receptor (GluT4)sugar intake, which plays an important role in memory function. 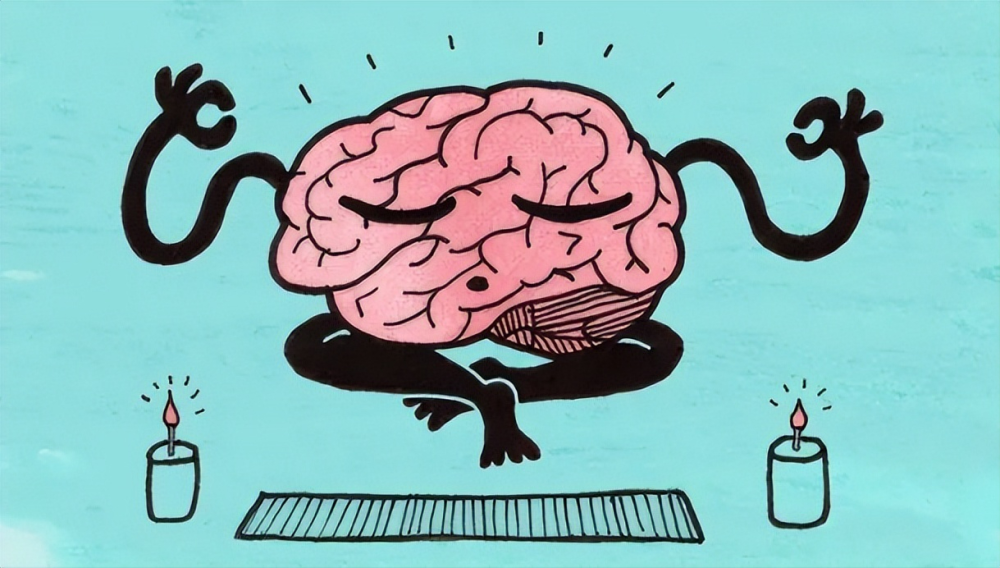 As a result, insulin resistance impairs a person’s ability to form new memories and maintain short- and long-term memories.

The brain is very susceptible to nutrients, and nutrients are especially important for brain growth.

The second is the effect of high blood sugar and insulin resistance on the brain.

A mother’s nutritional supplement during pregnancy is the key to ensuring the healthy development of the fetal brain.

The fetus and infancy period is a critical period for brain development, so we must pay attention to the supplement of important nutrients.

For the health of children, usually eat more animal offal, kelp, salmon and other seafood, and eat more grass-fed of beef and mutton, avocado, chocolate, nutritional yeast and other foods.

Even if you work hard on nutrition, be careful not to let high blood sugar and insulin resistance take away the fruits of victory.

Of course, the level of IQ is also related to acquired training, and intelligence needs training.