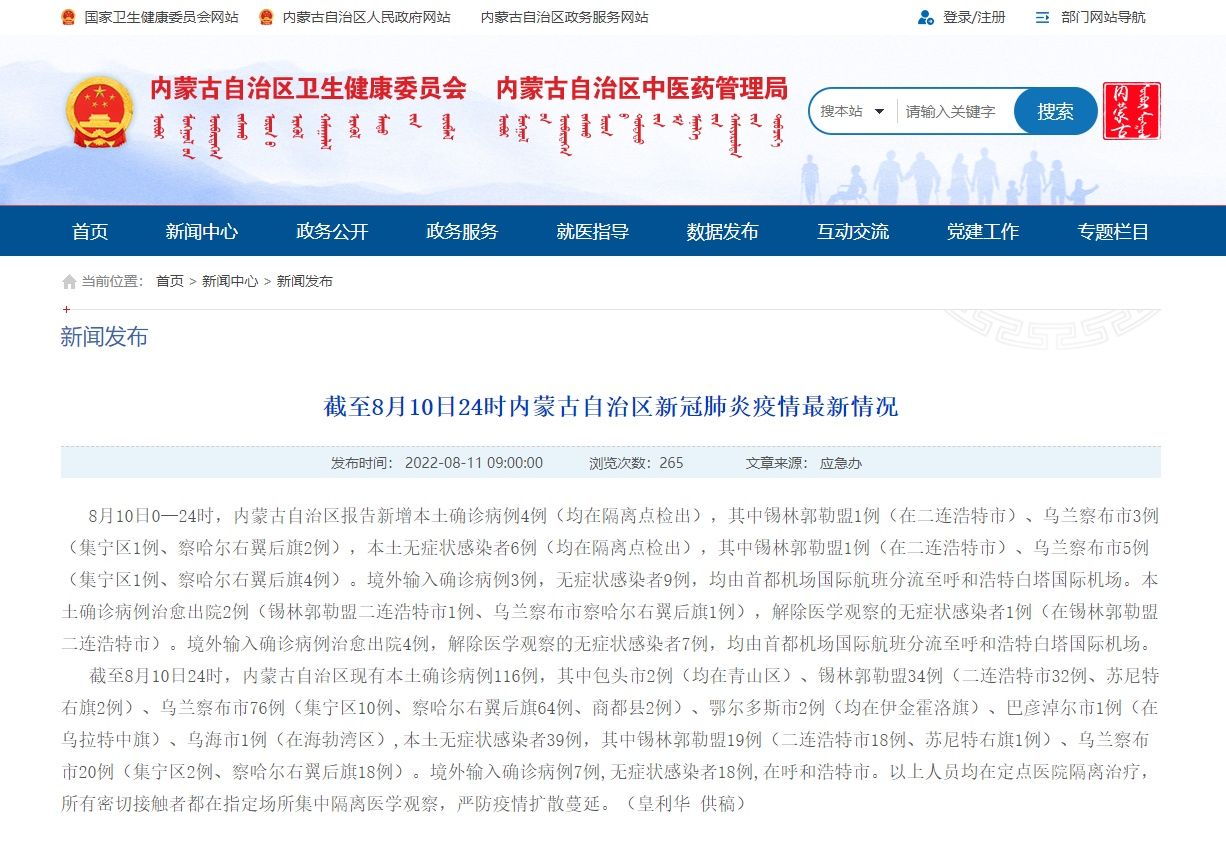 Screenshot of the website of the Inner Mongolia Health Commission.

As of 24:00 on August 10, there were 116 local confirmed cases in Inner Mongolia Autonomous Region, including 2 in Baotou City (both in Qingshan District), 34 in Xilingol League (32 in Erenhot City, and 2 in Sunite Right Banner). ), 76 in Ulanqab City (10 in Jining District, 64 in Chahar Right-wing Houqi, 2 in Shangdu County), 2 in Ordos City (both in Yijinhuoluo Banner), 1 in Bayannaoer City There were 39 cases of local asymptomatic infection, including 19 cases in Xilingol League (18 cases in Erlianhot City, 1 case in Sunite Right Banner), 20 cases in Ulanqab City (2 cases in Jining District, 18 cases in Chahar Right-wing Houqi). There are 7 confirmed cases imported from abroad and 18 asymptomatic infections in Hohhot. The above personnel are all isolated and treated in designated hospitals, and all close contacts are placed under centralized isolation and medical observation in designated places to strictly prevent the spread of the epidemic.