From 10:00 to 21:00 on August 3, Yiwu City added 33 new cases of positive infection of the new crown virus. On the 3rd, Jimu News reporter learned from an interview that the village where the positive infected person was first discovered has been closed for control, and the business has been suspended. The clinics, stores and other personnel that the infected person has been to have also been concentrated in the hotel for isolation, and nucleic acid has been done 4 times so far. 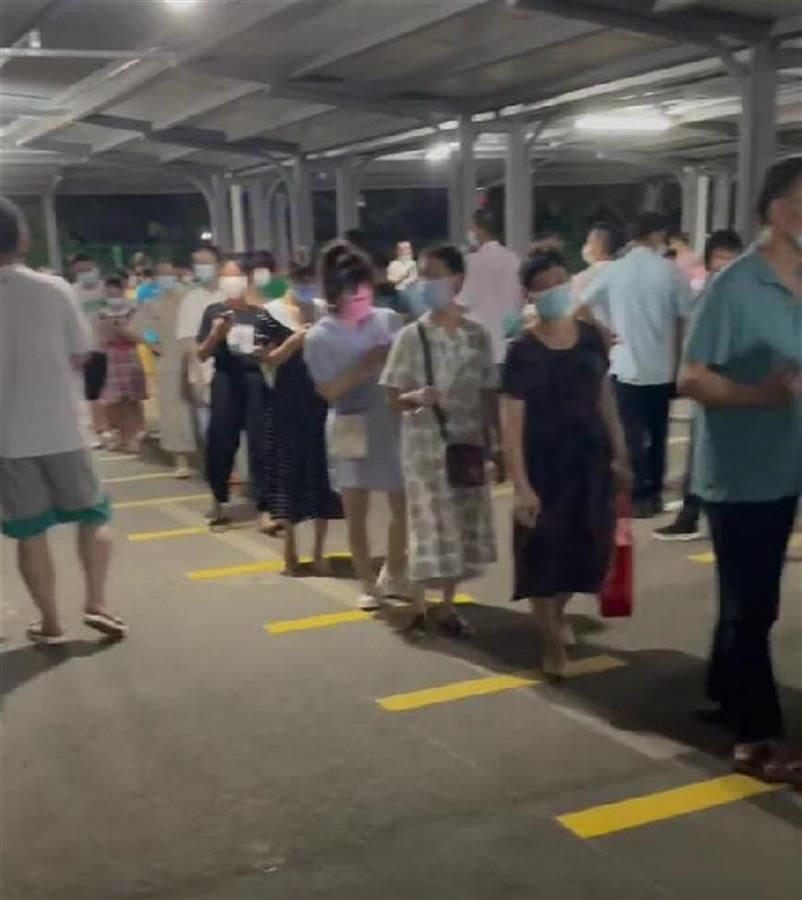 According to the news released by Yiwu, From 10:00 to 21:00 on the 3rd, Yiwu City found 33 cases of positive people in the initial screening in the centralized isolation points and key personnel testing, and they were positive after review. Since the “8.2” epidemic, Yiwu City has reported a total of 38 local positive infections of the new coronavirus, including 9 confirmed cases of new coronary pneumonia and 29 asymptomatic infections of new coronary pneumonia.

Jimu news reporter noticed that Yiwu reported 4 cases of positive infection of new coronary pneumonia for the first time on the evening of the 2nd, and the 4 people were family members, who were close contacts and sub-close contacts of positive infected people outside the province. Now lives in Shitatou Village, Jiangdong Street, Yiwu City. Preliminary flow survey results show that one of them took the K834 train from outside the province to Yiwu at 20:07 on July 29.

On the evening of the 3rd, a merchant in Shitatou Village told reporters that he received a temporary suspension notice on the evening of the 2nd, and did a nucleic acid test overnight, and twice this morning and night. All three times were negative, and he is currently in home isolation.

According to the local epidemiological information, among the 4 infected people reported on the 2nd, some of them had been to a local clinic in Xigu Village to see a doctor. On the evening of the 3rd, the clinic staff told the Jimu News reporter that two cases had been to the clinic. At that time, their body temperature and health code were normal, and they all said that they were a little dizzy. The clinic doctor prescribed medicine for the dizziness. , got a headache shot.

“On the evening of the 2nd, I suddenly received a notice from the relevant department to be quarantined at the hotel, saying that the two were positive for the new coronavirus.” The staff member said that he has done 4 The second nucleic acid test was negative, and Xigu Village, where the clinic is located, has been closed for control.

According to the news released by Yiwu, Yiwu City has implemented temporary epidemic prevention and control measures in the city on the 3rd. At the same time, after research by the Yiwu New Coronary Pneumonia Epidemic Prevention and Control Headquarters, it was decided to carry out nucleic acid testing for all employees in the city from 5-11 am on the 4th.