There are also many people online

Give everyone “Amway” medicines that are particularly well-fed

An An (pseudonym), 23 years old this year

But the emphasis here needs to be put in quotation marks “You can’t eat like this next time. If you have any problems, go to the hospital to find a professional doctor.” Accompanied by her mother, An An, a 23-year-old girl, went to the First Affiliated Hospital of Zhejiang University School of Medicine. The emergency room of Zhijiang Hospital was discharged from the hospital. Dr. Ke Weifeng from the emergency department repeatedly told her, and An An nodded desperately: “I definitely won’t eat it. Dad throws everything at home.”

The time went back to the early morning of the previous day, at 6:00 in the morning, An An’s mother was cooking breakfast at home when she heard screams coming from An An’s room, her mother was startled, and hurried to her daughter Room. 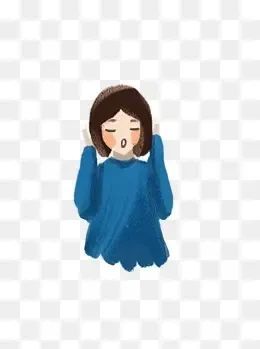 “I just saw her eyes were closed, there was a bottle of iced black tea by the bed, all of which were overturned on the bed, her face was pale, her lips were purple, and she would scream from time to time, I screamed hard She, shot her, she didn’t respond.” An An’s mother told us. She hurriedly called Uncle An An who lived next door, and the uncle couldn’t wake An An, so they quickly called 120.

“I know that my daughter likes to buy health care products, medicines, etc. online, and she recommended it to me. I saw some pills scattered by her bedside, so I wrapped them up and took them with me. Go.” An An’s mother said. The 120 ambulance drove An An and her mother all the way to the Zhijiang Campus of the First Hospital of Zhejiang University. In the emergency department of Zhijiang Hospital, the medical team performed symptomatic treatment for An An and quickly improved various examinations for An An. The pH value in the blood is 7.21 (the normal value is 7.35-7.45). ), lactic acid value is 11.9mmol/L (normal value is 0.5-1.7mmol/L), alkali residual value is -18.4mmol/L (normal value is -3.0-3.0mmol/L), potassium content is 2.3mmol/L (The normal value is 3.5-5.5mmol/L) – these indicate that An’an is in a state of severe acidosis combined with electrolyte disturbances. At the same time, shortly after An An came to the hospital, she began to have severe diarrhea and pulled watery stools.

At around 9 am, An An gradually regained consciousness with the help of the expert team’s rehydration and correction of internal environment disturbances.

It turned out to be “Internet celebrity medicine”

By examining the medicines brought by An An’s mother, coupled with An An’s dictation and the screenshots of the medicines in the mobile phone, the expert team found with sadness that this was another case of “blindly taking medicine”. resulting tragedy.

It turns out that An An has always “valued” health very much, and has been buying all kinds of health care products online all the year round. With a height of 162 cm and a weight of 85 catties, she is already very thin, but she still feels a little “edema”.

“Actually, I don’t understand what edema means, I feel that I am very light, but people look fat. “An’an said. So she searched online, finally came across a foreign “diuretic pill” recommended by many video bloggers.

This “diuretic pill” can be easily bought online. The introduction says “diuretic, edema, slimming, facelift, and eye puffiness” and other effects, which can make the whole body lighter. An An bought a lot of them and took them home, according to the instructions to eat two tablets every night. “It’s true that the urine has increased, but it doesn’t seem to have lost weight. I have eaten for more than a month, and there is no discomfort.” An An said.

On the day before An An’s accident, she inadvertently chatted with a colleague, and said that she is particularly prone to constipation now, feeling that her body will accumulate “toxins”, so her colleague recommended her I bought a small pink pill made in Japan, saying that it has a very good laxative effect. After checking on the shopping platform, it is stated that this medicine can relieve constipation and relieve gastrointestinal discomfort. The monthly sales are very large, and it is also a A “net red product”.

An An asked her colleague to ask for some and said to try it. That night, she took 2 diuretic pills and 2 laxative pills as usual. “Around 3 in the morning, I was suffocated by urine and woke up to go to the toilet, but after that, I didn’t know anything until I woke up in the hospital.”

After further examination and exclusion of related causes, emergency experts speculated that An’an had been taking diuretics for more than a month, and 2 laxative pills the night before the onset of diuretics. With superimposed diarrhea, a large amount of body water is lost through urine and fecal fluid in a short period of time, resulting in An’an’s severe dehydration, internal environment disorder, and severe acidosis. All organs of the human body must work normally under normal pH, and abnormal pH not only affects the function of various organs, but also affects brain cells, resulting in delirium such as screaming and confusion.

“Fortunately, An An lives with her mother. If she lives alone and is not discovered in time, this severe pH imbalance and electrolyte imbalance will further develop rapidly, soon There will be multiple organ failure and life-threatening, which would be a pity.” said Deputy Chief Physician Li Tong, Director of the Emergency Department of Zhijiang Hospital.

Experts from the First Hospital of Zhejiang University reminded that, first of all, it must be clear that health products have no therapeutic effect, but are auxiliary functions at most. Patients with related diseases must go to the hospital to seek professional help, even if they need to eat Health care products should also be used under the guidance of doctors; and those so-called “Internet celebrity drugs” should be more vigilant. In the instructions of regular drugs, contraindications, possible side effects, and contraindicated groups will be indicated. Can not take this medicine, be sure to go to the hospital for consultation.